Climb to the top of the Astoria Column for soaring views, attracting 400,000 visitors each year.

The Astoria Column is 2 hours from Portland Oregon, located in the charming town of Astoria at the mouth of the Columbia River.

Drive to the end of Coxcomb Drive, just 5 minutes from Astoria's downtown area.  It's free to climb the Astoria Column, but there's a parking fee.  There's also a gift shop near the parking lot where you can purchase gliders to fly off the observation deck at the top of the column.

The 125-foot Astoria Column looms over the seafaring coastal town of Astoria, on top of its highest hill. It was constructed in 1926 as a monument to the early explorers and pioneer who pushed U.S. expansion into the Pacific Northwest.

5 best things to do at the Astoria Column

The Astoria Column is open from dawn to dusk each day. Keep in mind it gets very chilly here, even in summer, so bring a jacket and a warm hat. 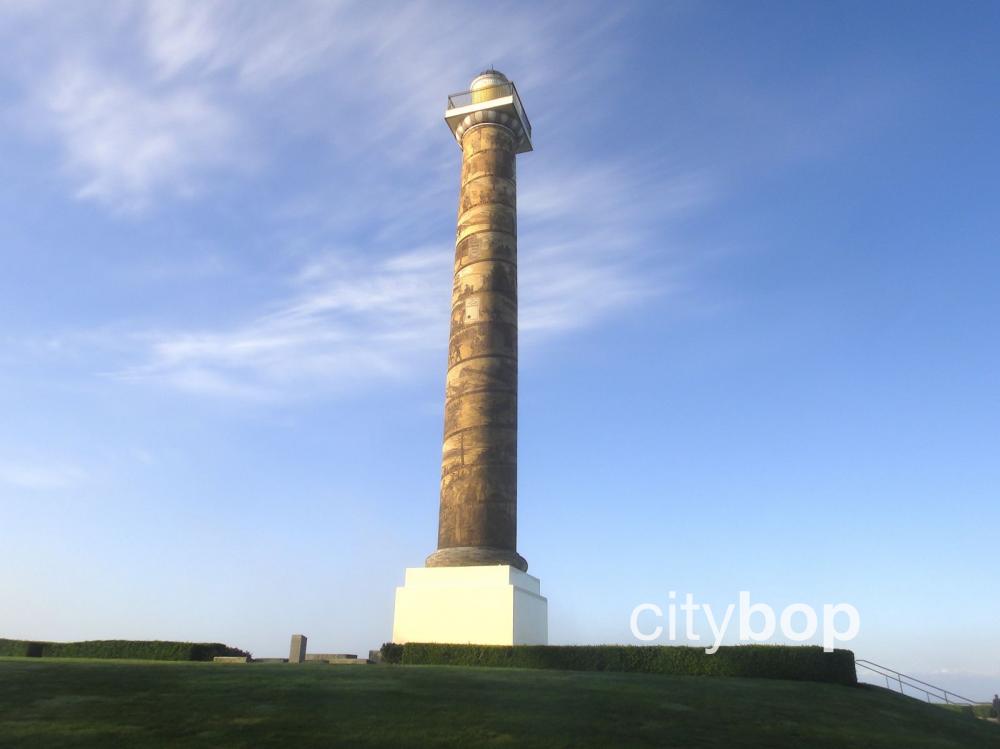 Enjoy superb views across Astoria, the Columbia River and the Pacific Ocean from the observation deck. Don't forget to bring binoculars, or a few quarters to use the telescopes. If you don't want to climb the Astoria Column, there are also breathtaking views from the surrounding park at Coxcomb Hill. 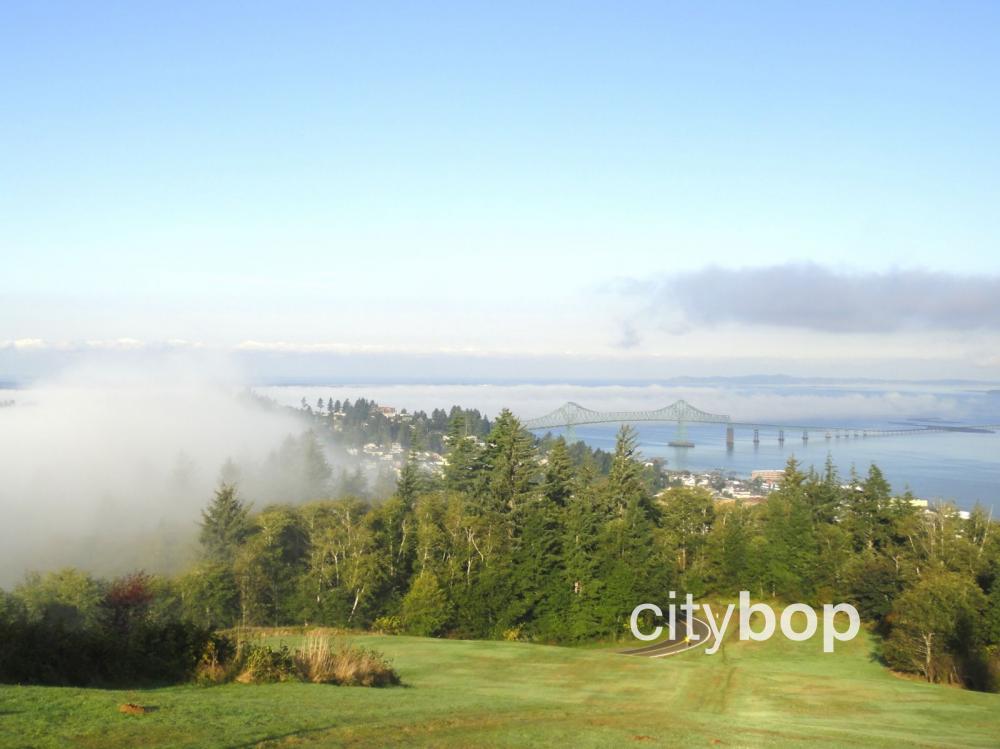 3.  Buy a wood glider from the gift shop to fly off the observation deck.

The balsa wood gliders sell for approximately $1 and you can fly them off the top of the observation deck!  Visitors often buy a dozen of these gliders, and they have been known to travel miles, even ending up on people's roofs.

4.  Take a closer look at the 14 beautiful murals.

The 525-foot long murals on the Astoria Column were painted by Italian artist Atillio Pusterla, using the Sgrafitto technique.

If you peer more closely at the murals, historic figures come to life, like American Merchant Captain Robert Gray discovering the entrance to the mighty Columbia River in 1872, or the Lewis and Clark Expedition ending their expedition near here in 1806.  There's also a mural of the town's founder, John Jacob Astor, who established the first fur trading post at Fort Astoria in 1811.  Astor's great grandson Vincent Astor, contributed a large chunk of the budget to construct the Astoria Column in 1926.

There are 14 murals in total, each capturing a pivotal point in Astoria's history.  Astoria is no ordinary town, and was once the epicenter of commerce in the Pacific Northwest, with high hopes that would it become the next San Francisco.  Wealthy ship captains and industrialists built their mansions here, in the oldest U.S. city settlement west of the Mississippi.  However, unfortunately the dangerous and unpredictable waters at the entrance of the Columbia River thwarted Astoria's ambitions of becoming a major city.

5. Return at night to see the Astoria Column and murals beautifully floodlit.

The Astoria Column has an otherworldly appearance at night, when its beautiful murals are floodlit in light, depicting the rich history of Oregon's oldest city.

The City of Astoria has also arranged a stunning nightly light show, which illuminates the Astoria Column in an ever changing array of bright colors. 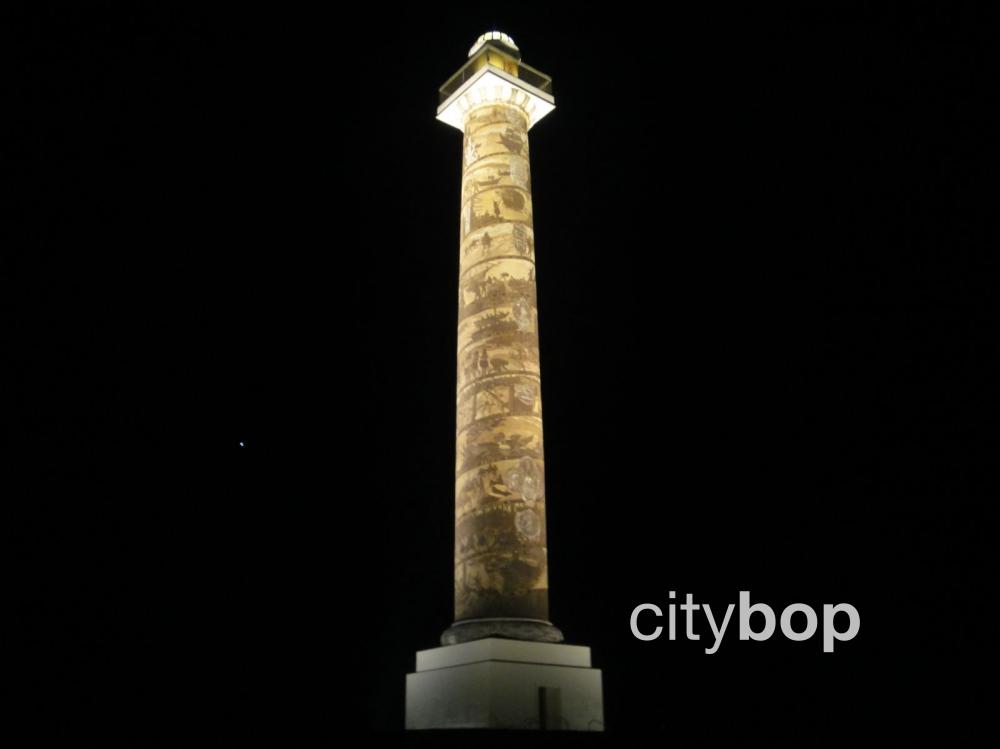 What else is there to do in Astoria?

There's so much to do in the tourist town of Astoria. You can visit the excellent Columbia River Maritime Museum, tour grand Flavel House, explore a shipwreck at Fort Stevens, walk through Fort Clatsop where the Lewis and Clark expedition spent the winter of 1804/05, and enjoy a waterfront meal at Buoy Beer or the Bridgewater Bistro.  Learn more about wonderful Astoria.