See a famous shipwreck on the Oregon Coast.

Fort Stevens State Park is 2-hours northwest of Portland, near the charming seaport of Astoria.

This 4,300 acre breathtaking park has five miles of sandy beach that ends at a spit at South Jetty, overlooking the mouth of the mighty Columbia River.

There are trails, a lake, abandoned military forts, a museum, shipwreck, and a beach to drive on.

Fort Stevens State Park was once part of a Harbor Defense System that protected the Columbia River from the Civil War until the end of WWII.  It's the only place in the Continental US to receive hostile fire during WWII.  On June 21, 1942, a Japanese submarine fired seventeen shells at Battery Russell at Fort Stevens, missing the military installation.  The Fort's Commander ordered that his troops not reveal their position by returning fire, and so a full-scale conflict was avoided.

10 best things to do at Fort Stevens State Park. 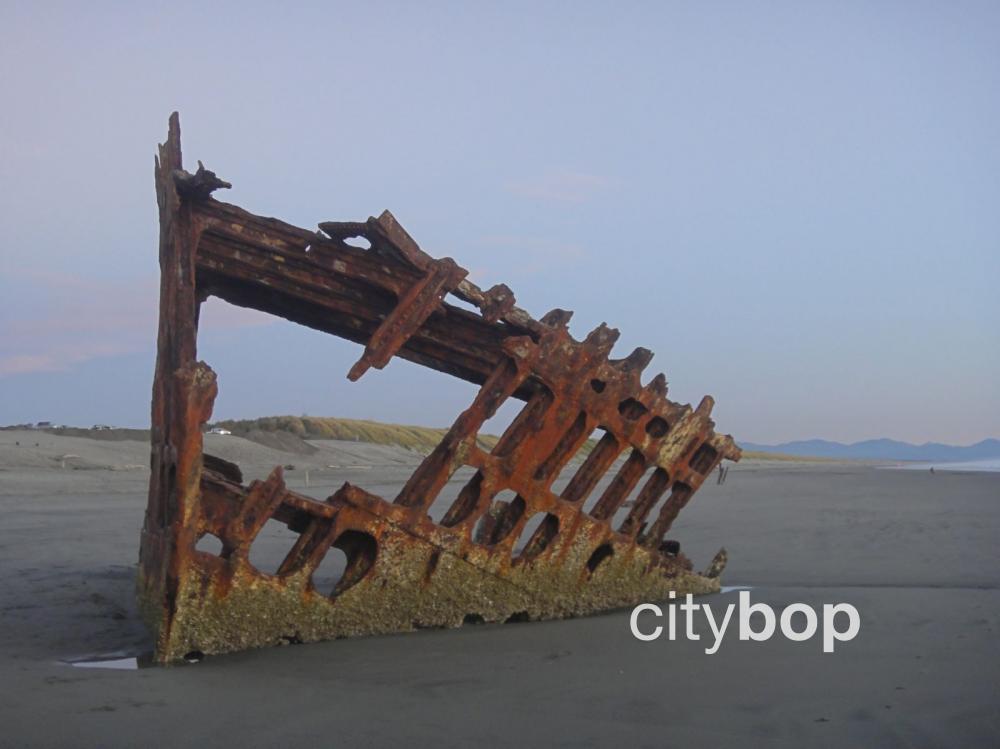 The Peter Iredale shipwreck is the most popular attraction at Fort Stevens State Park, located at the end of Peter Iredale Road.  This English ship ran aground on the Clatsop Spit in 1906, but there was no loss of life.  The spit is known for its treacherous waters resulting in other shipwrecks like the Rambler (1859), Leonese (1860), J.C. Cousins (1883) and Makah (1888). 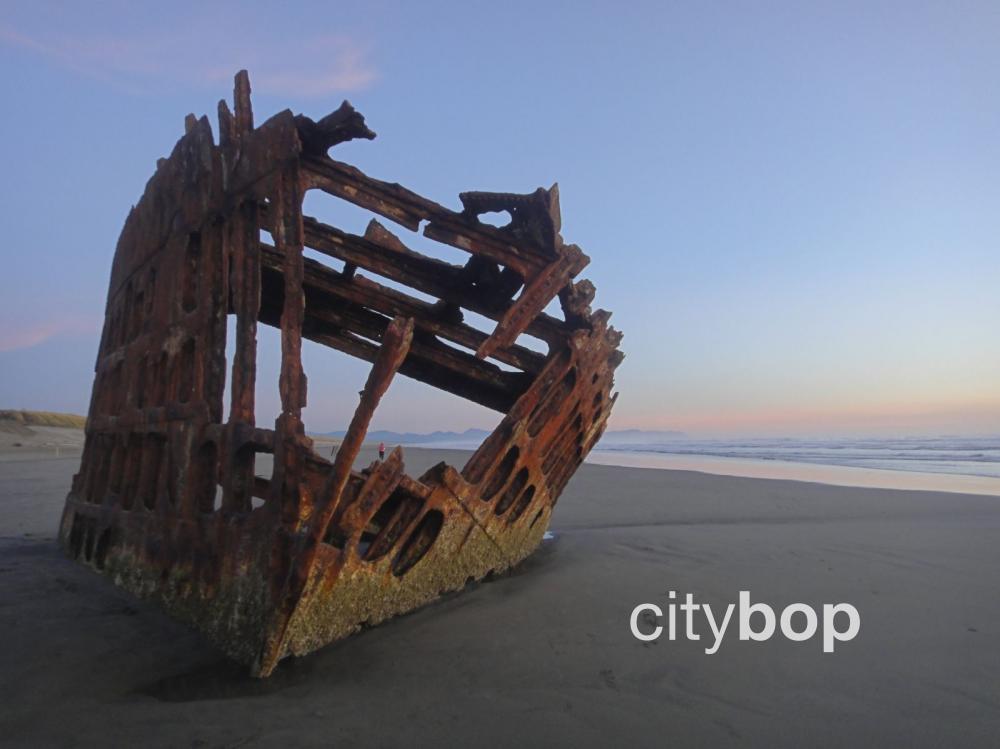 The Peter Iredale ship ran ashore on Clatsop Spit on October 25, 1906, after passing the entrance to the Columbia River enroute to Portland.  The ship began to drift while waiting for a local bar pilot to navigate them through the shifting sandbars of this treacherous stretch of water.  The ship's three masts snapped after grounding on the spit, and flares were set off to alert the local lifesaving station at Point Adams.  All twenty seven sailors onboard and two stowaways were rescued. 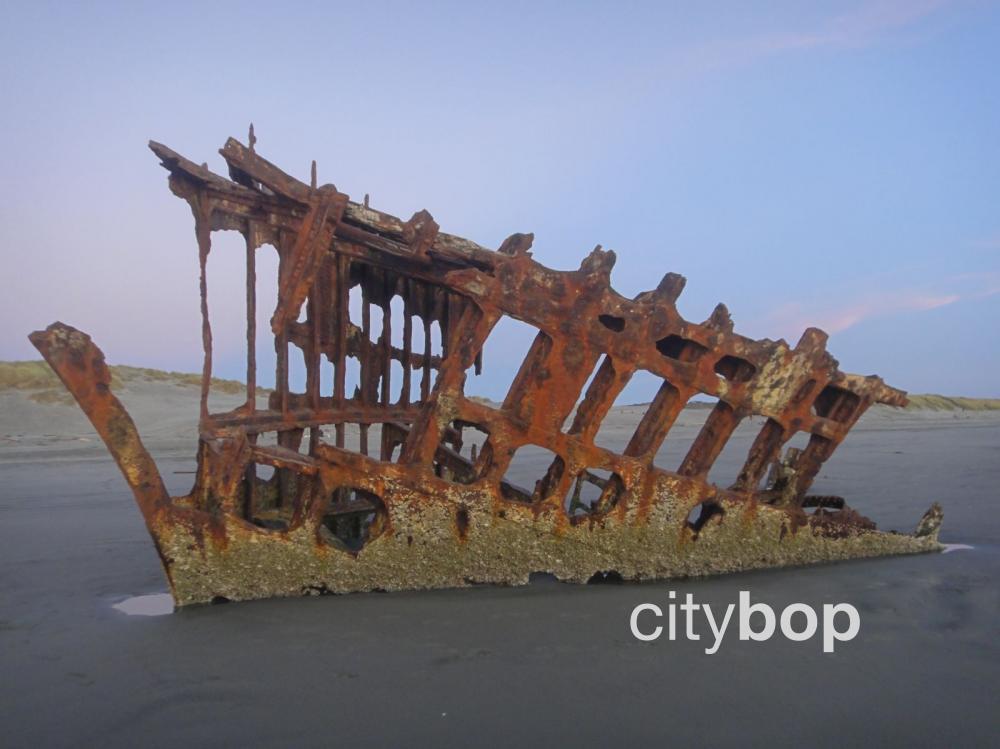 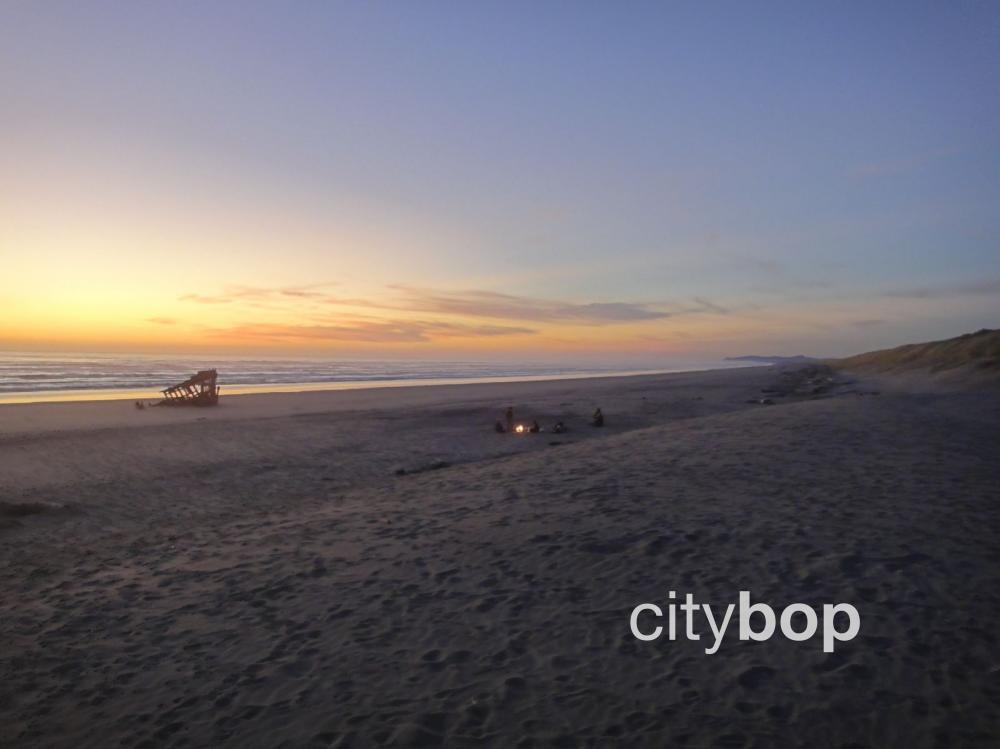 Stop at Parking Lot C and climb the Jetty Observation Tower for incredible views of the Pacific Ocean flowing into the mighty Columbia River.  Continue to the end of Jetty Road to the Wildlife Bunker at Parking Lot D.  There's a peaceful stretch of protected beach just steps from the bunker, and you might even encounter some elk.

3. Visit the Historic Military Site at the end of Pacific Drive.

Bring your flashlight and explore the fascinating chambers and tunnels in the abandoned military batteries, like Battery Pratt and West Battery.

4. Check out the Military Museum.

There's also a Military History Museum.  Fort Stevens was built is a civil war era military installation, active from 1863 to 1947.  It was originally known as the Fort at Point Adams, to protect the entrance to the Columbia River, and was supported by two other forts on the Washington State side at Cape Disappointment and Fort Columbia.

There are 6-miles of hiking trails at Fort Stevens State Park through wetlands, sand dunes, spruce and hemlock forests, and 9-miles of biking trails.

6. Go driving on the breathtaking beach.

Driving is permitted on the sand at Fort Stevens.  There's a roughly 20-miles of sand to drive on, with access points at the Peter Iredale Beach, Sunset Beach, Del Rey Beach, and 10th Street in Gearhart.  Cars are not permitted to drive south of 10th Street in Gearhart.  The section between the Peter Iredale wreck up to the South Jetty is also off limits from May to September. 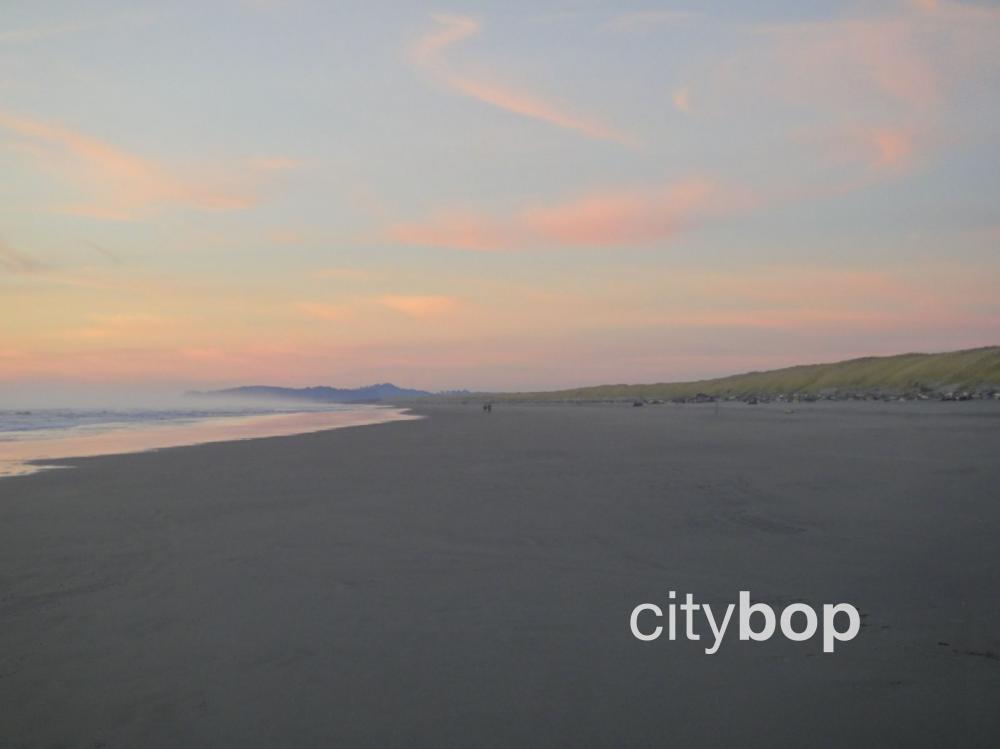 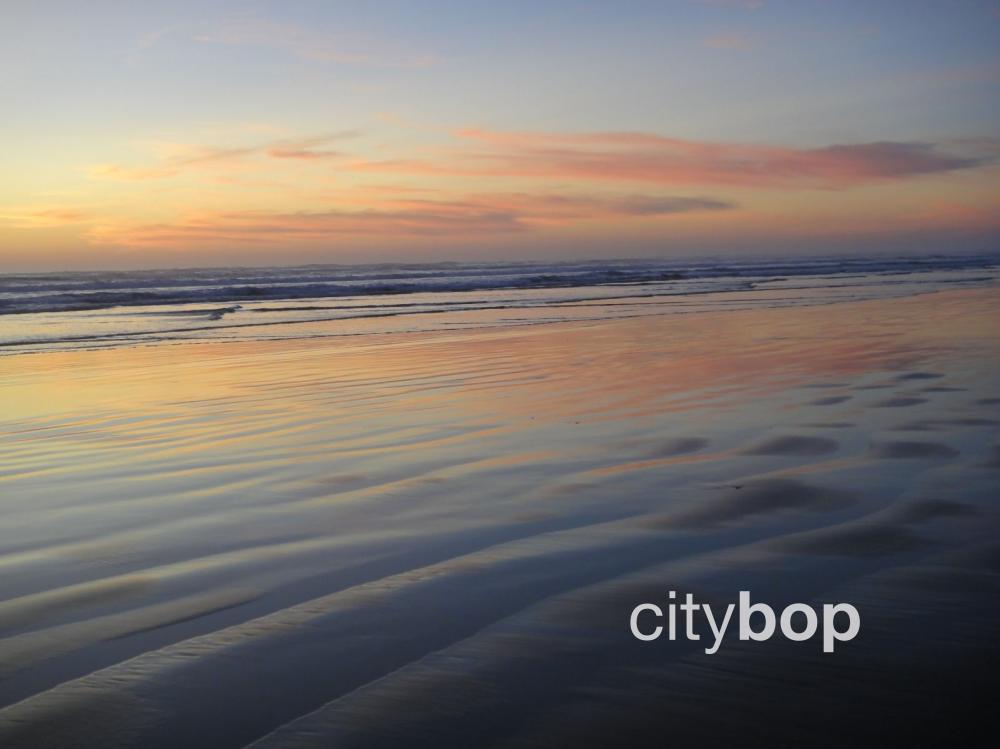 7. Swim or walk around Coffenbury Lake.

Freshwater Coffenbury Lake is a lovely place to swim, but there are no lifeguards on duty.  There are two picnic areas at the water's edge, or walk 2.5 miles around the lake. There's also a dock where you can dangle your line and fish for rainbow trout.

Visit nearby Fort Clatsop where explorers Lewis and Clark spent the winter of 1805-1806.

10. Stay overnight at nearby Astoria or Cannon Beach.

You can also stay at the historic, seaport town of Astoria just 10-miles east of Fort Stevens State Park, or the boutique beach town of Cannon Beach 23-miles south.  Astoria has a world-class Maritime Museum, Flavel House historic mansion to tour, the Astoria Column to climb, and beautiful waterfront restaurants like the Bridgewater Bistro or Buoy Beer.