Tour the Yaquina Bay Lighthouse on the Central Oregon Coast.

The Yaquina Bay Lighthouse is 2 hours from Portland, in the central Oregon Coast town of Newport (check hours).

It sits on a spectacular bluff overlooking the entrance to the Yaquina River, and is the last wooden lighthouse still standing in Oregon.

It's free to visit the Yaquina Bay Lighthouse, although donations are appreciated.

Tour the two story Yaquina Bay Lighthouse, then head down to the basement to see the gift shop and fascinating movie on the history of the area.  Cover off two lighthouses in one day, with a visit to the even more popular Yaquina Head Lighthouse, 15 minutes drive north.

There's plenty of lodging and restaurants at Newport, including the popular Hallmark Resort, with oceanfront rooms, an indoor swimming pool, and fun restaurant at Georgie's Beachside Grill. You can also stroll along bustling Bay Boulevard on the historic waterfront, with a large selection of restaurants.

10 best things to do at Yaquina Bay Lighthouse 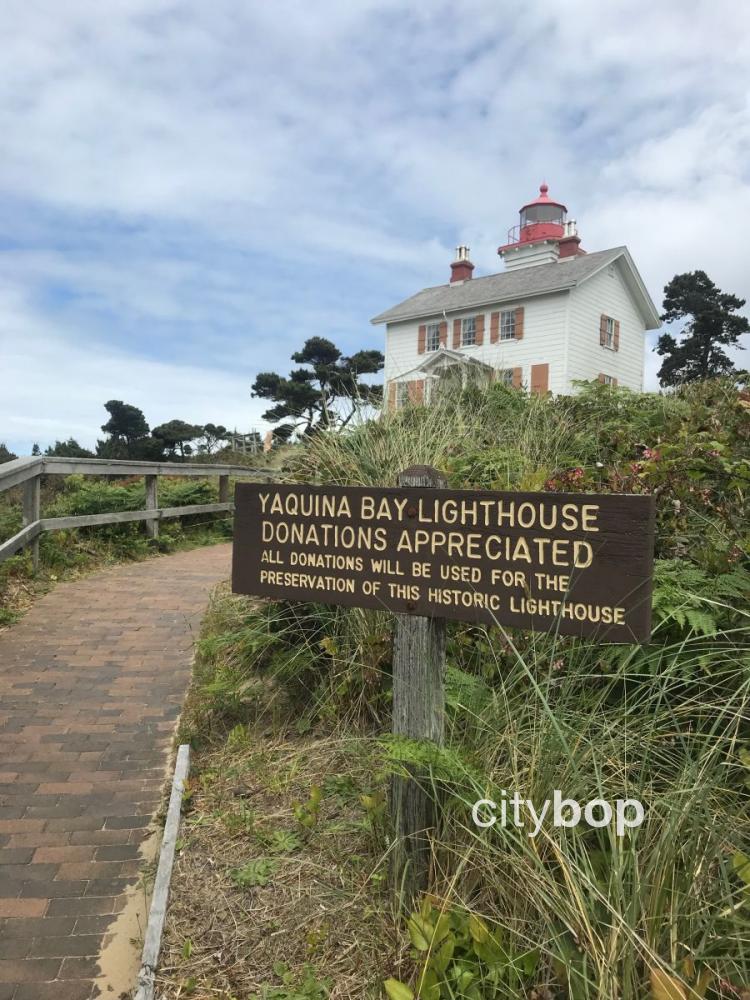 1. Walk up the paved trail to the entrance of the Yaquina Bay Lighthouse. 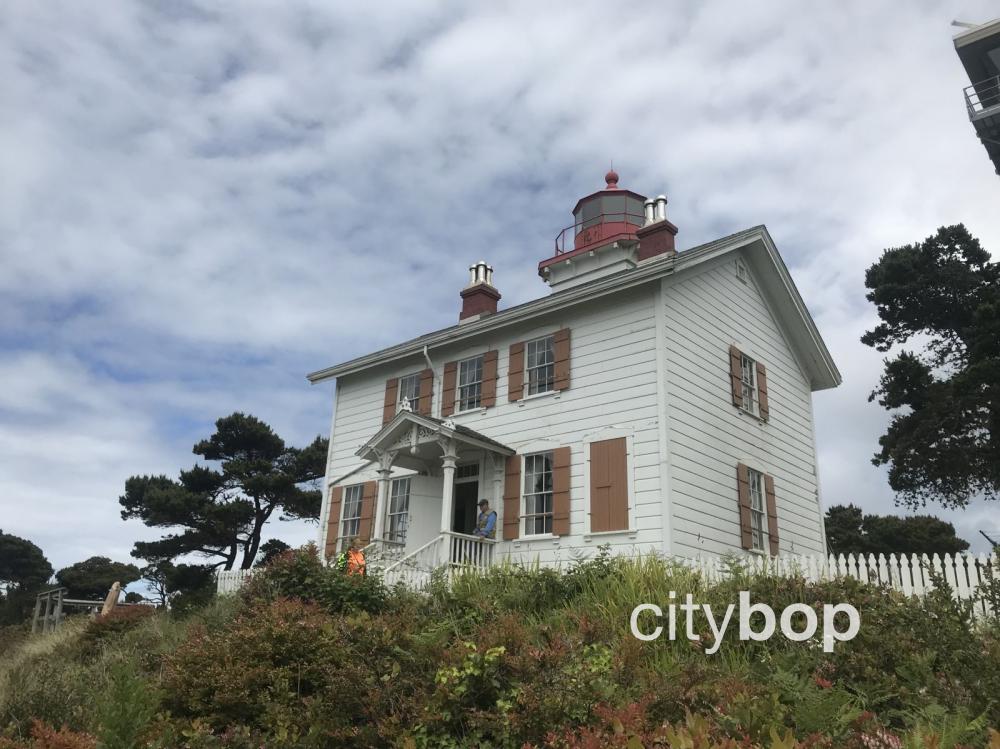 Friendly volunteers staff the entrance to the lighthouse, and are on-hand to answer any questions. 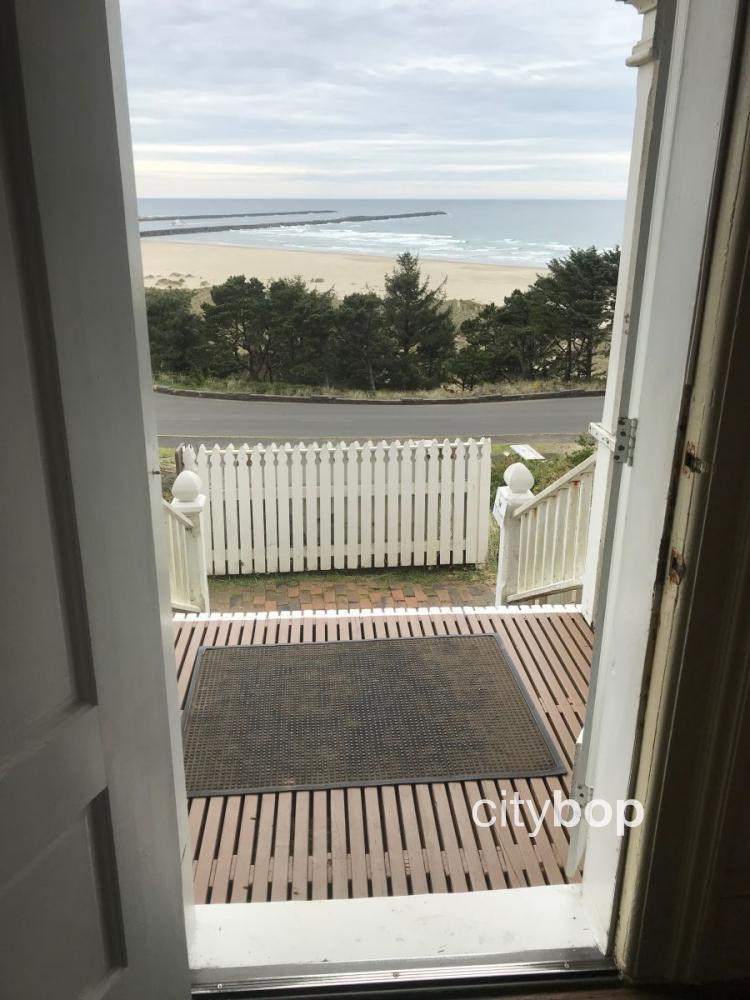 2. Learn why the Yaquina Bay Lighthouse was abandoned after only 3 years.

The Yaquina Bay Lighthouse was established in 1871 to guide ships into Yaquina Bay, but was abandoned only three years later in 1874 when a stronger lighthouse became operational at nearby Yaquina Head Lighthouse.

It stood empty for fourteen years, and was finally occupied between 1888 to 1896 by an engineer from the U.S. Army Corp of Engineers, who was supervising the construction of the North Jetty. It then fell under the ownership of the U.S. Lifesaving Service in 1906, and was then managed by the U.S. Coast Guard between 1915 to 1933 who built the eight story steel watchtower beside it.

However, the wooden lighthouse was no match for the brutal storms of the Oregon Coast, and eventually fell into disrepair. 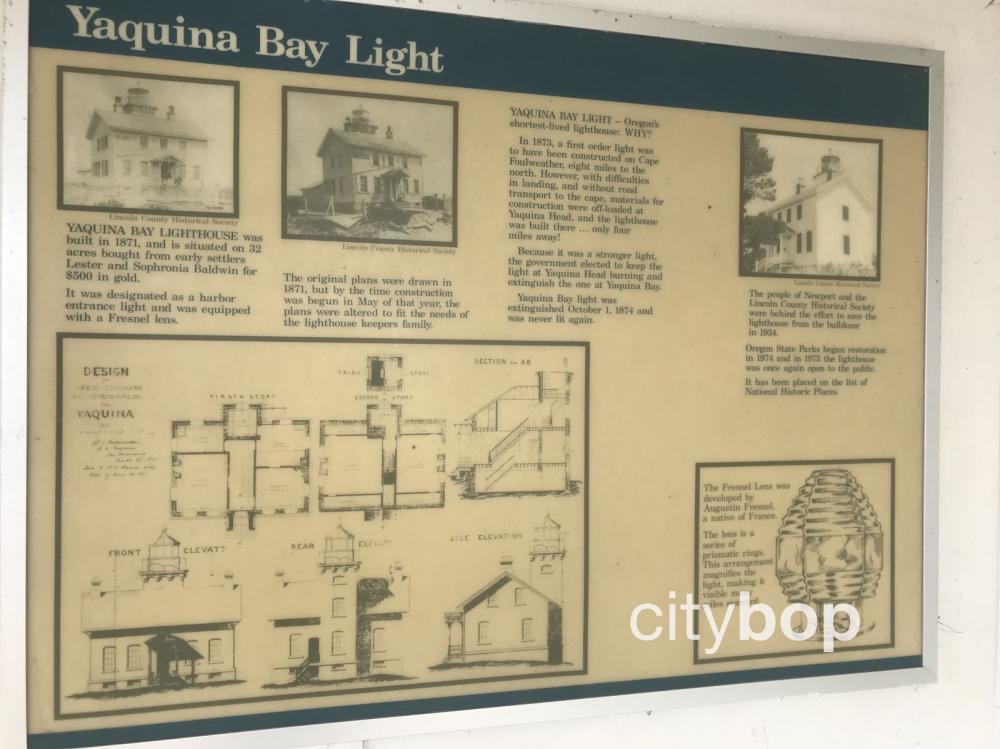 3. Step inside the small parlor originally used for social gatherings.

The family spent most of their social time in the parlor, with a library full of books, and a wind organ for music and entertainment. 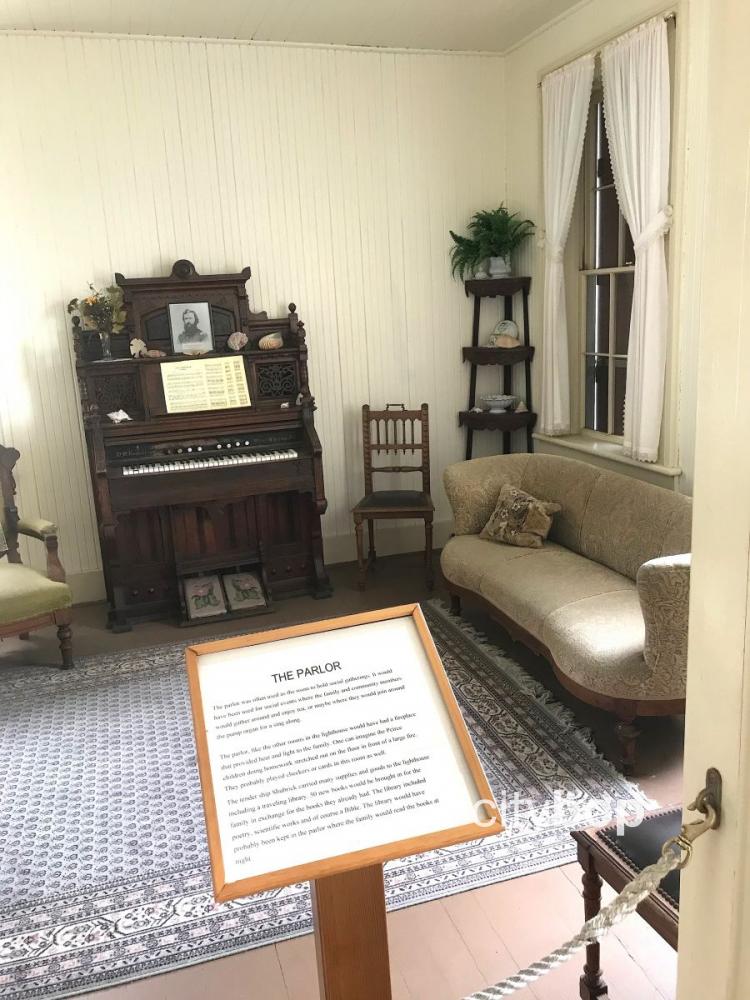 4. Take a look at the beautifully preserved kitchen. 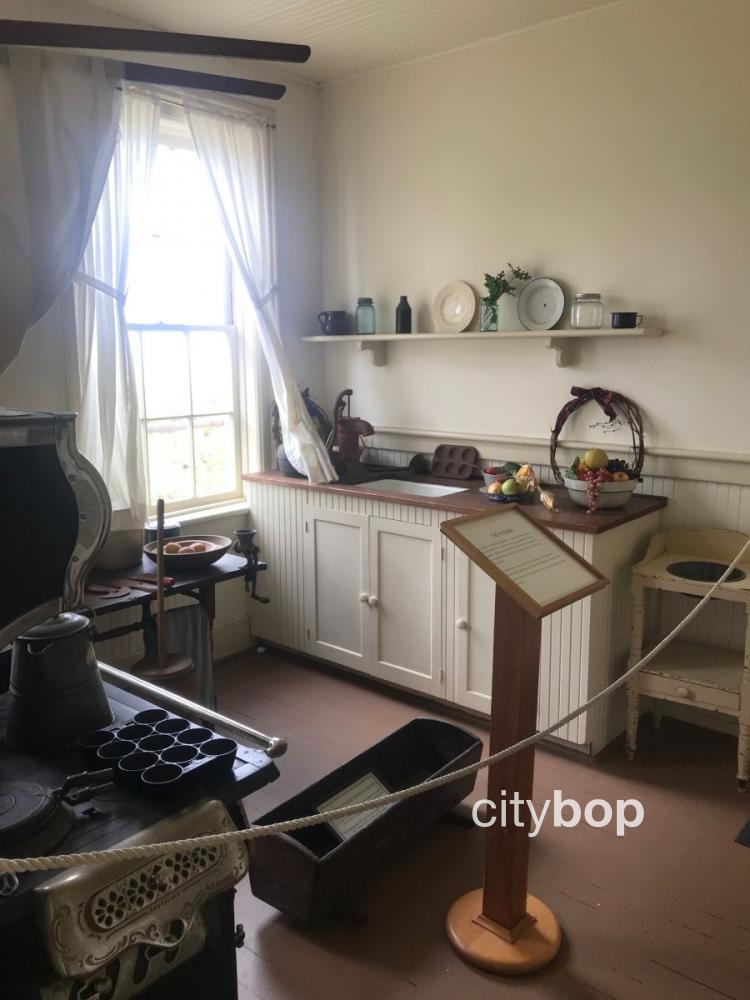 Check out the Round Oak Stove, produced by a Michigan company in the late 1800s, considered state of the art back in the day! 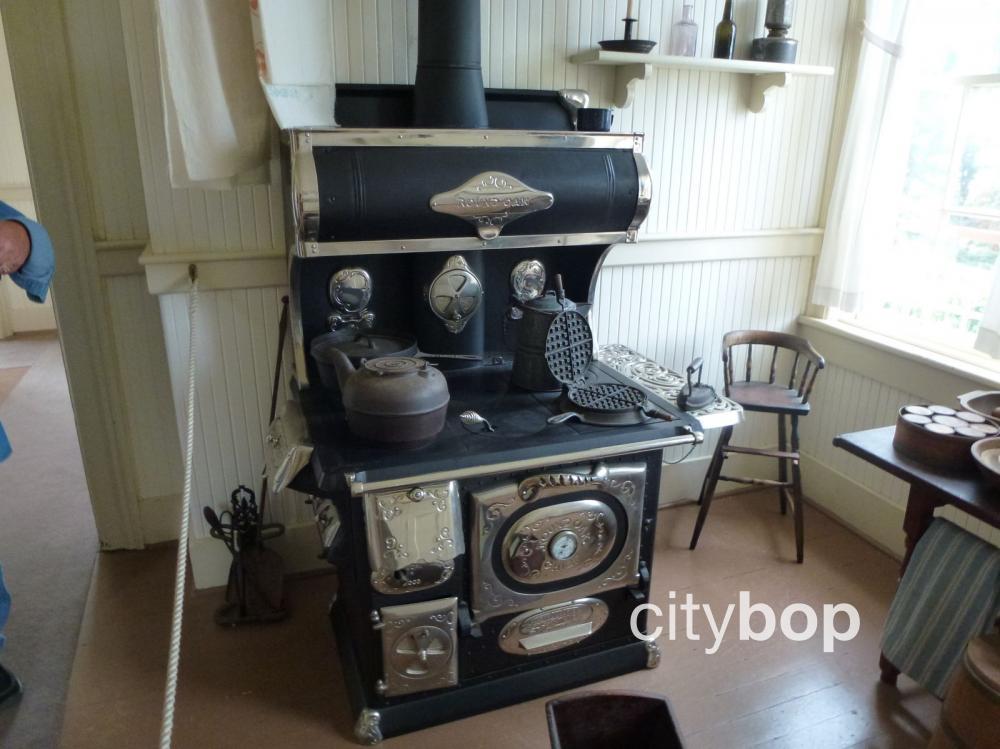 5. Walk up the stairs to the bedroom floor, and look up at the lantern room.

The unique feature of the Yaquina Bay Lighthouse, is that the lantern room was built directly above the main living quarters. The lighthouse keeper only needed to climb a ladder from the second floor to reach the lantern room, sparing him from the bitterly cold weather outside. 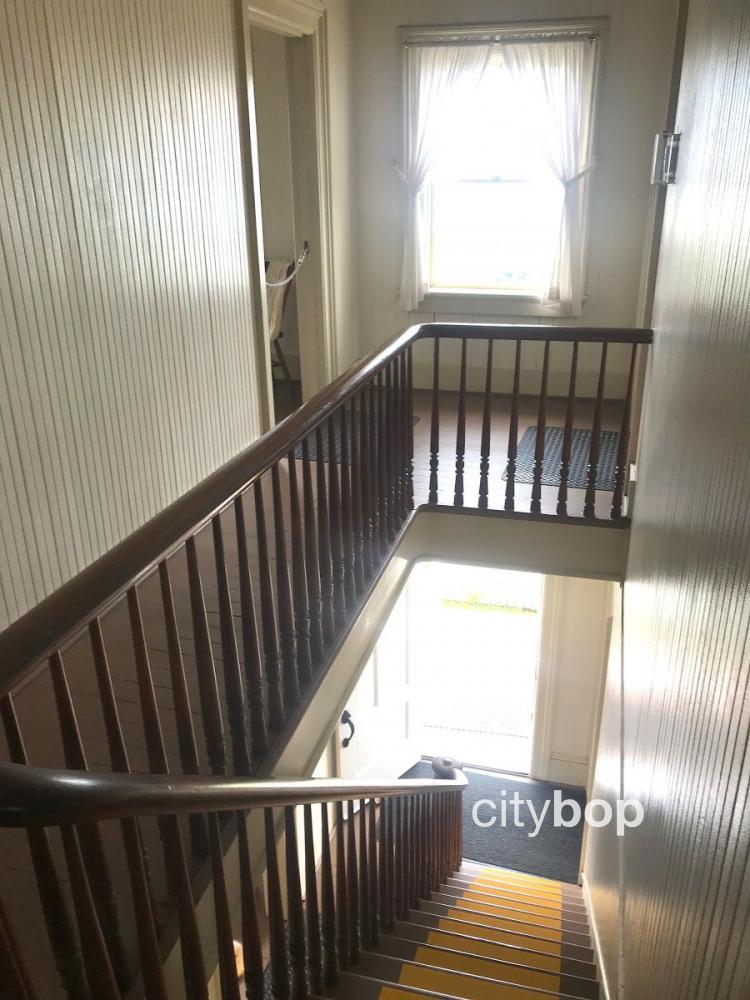 The original balustrade in still intact on the primary stairway, leading to the bedroom level. 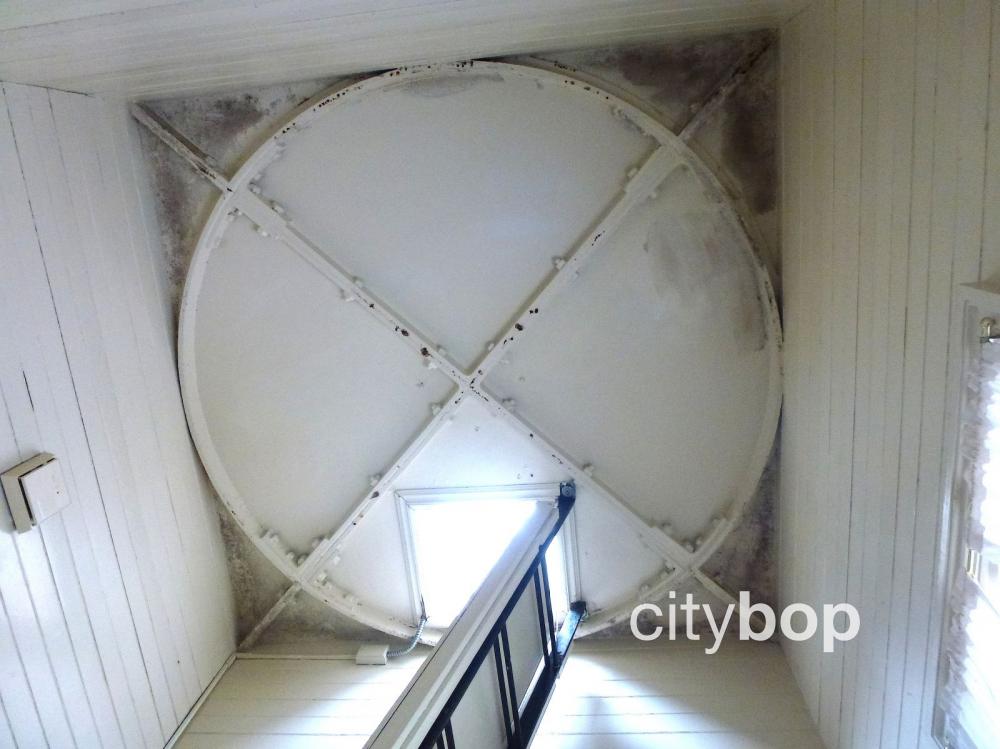 Look up from the stairway at the vertical ladder leading to the lantern room. It's unfortunately off limits to visitors. 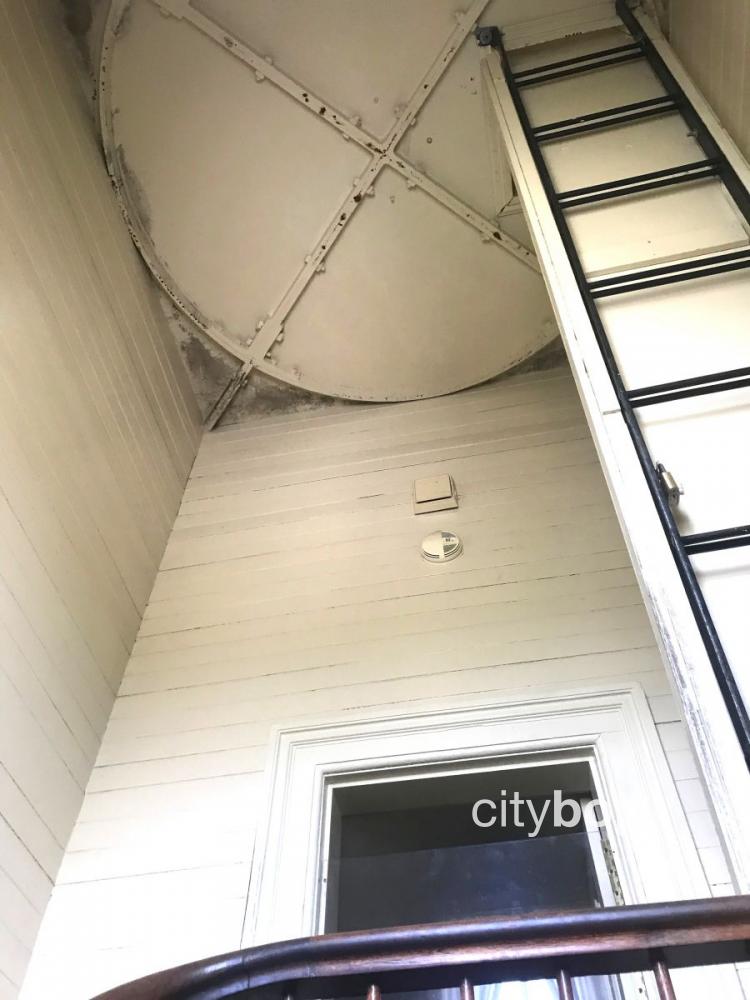 6. This was the master bedroom used by the Lighthouse Keeper and his wife. 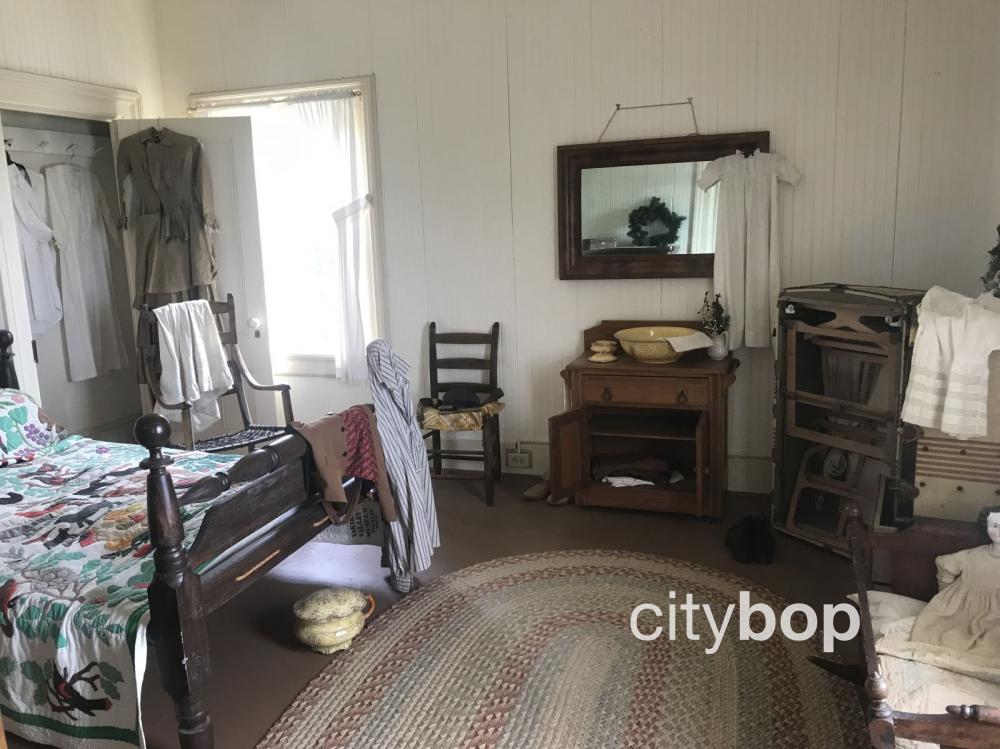 Life in the 1800s lacked all of the modern conveniences of today. There was no indoor plumbing, so all nocturnal waste was collected in a chamber pot stored under the bed for disposal the next morning. 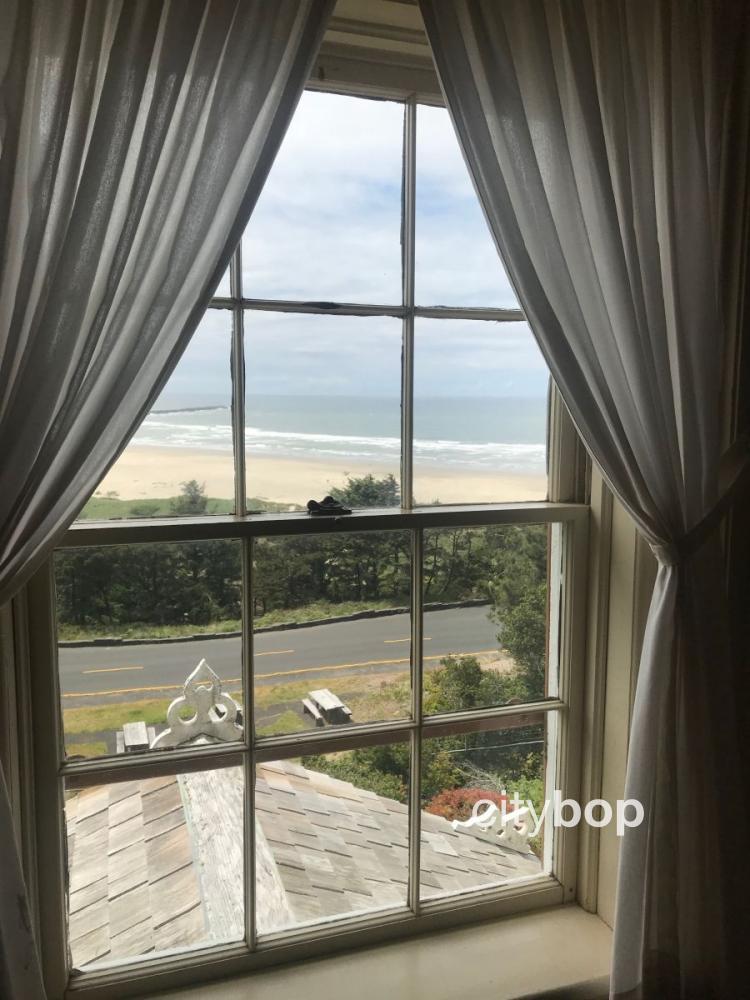 Check out those incredible views from the master bedroom, where the raging Pacific Ocean meets the Yaquina River. What an incredible sight to wake up to each morning. Wow! 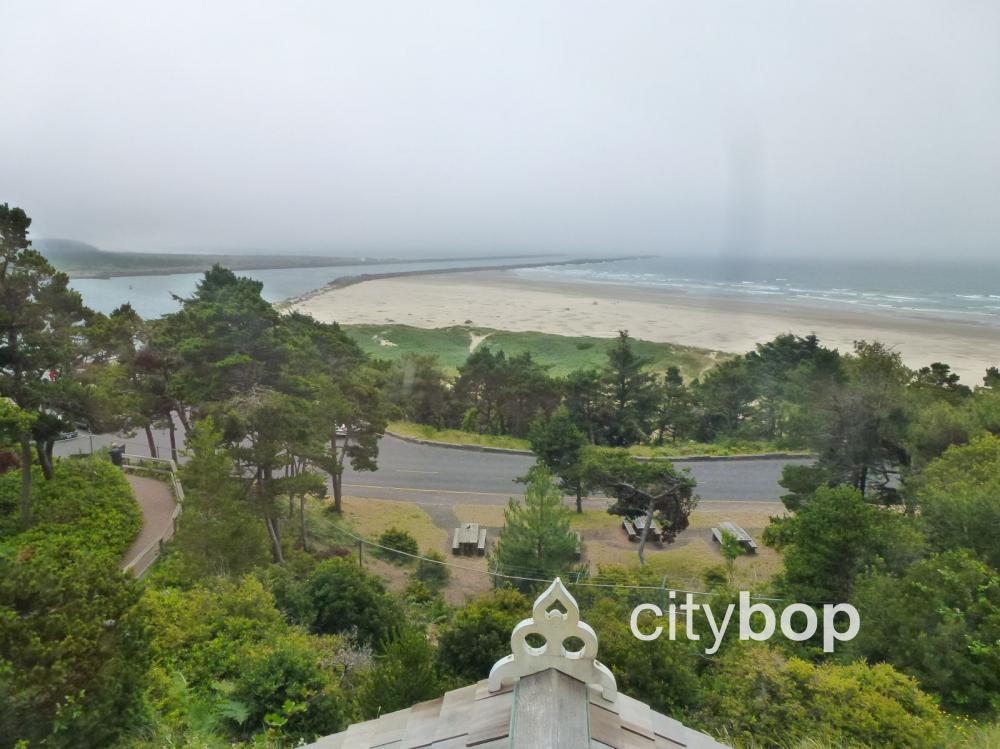 7. This bedroom was probably used by either the Lighthouse Keeper's oldest son, or a visiting lighthouse inspector. 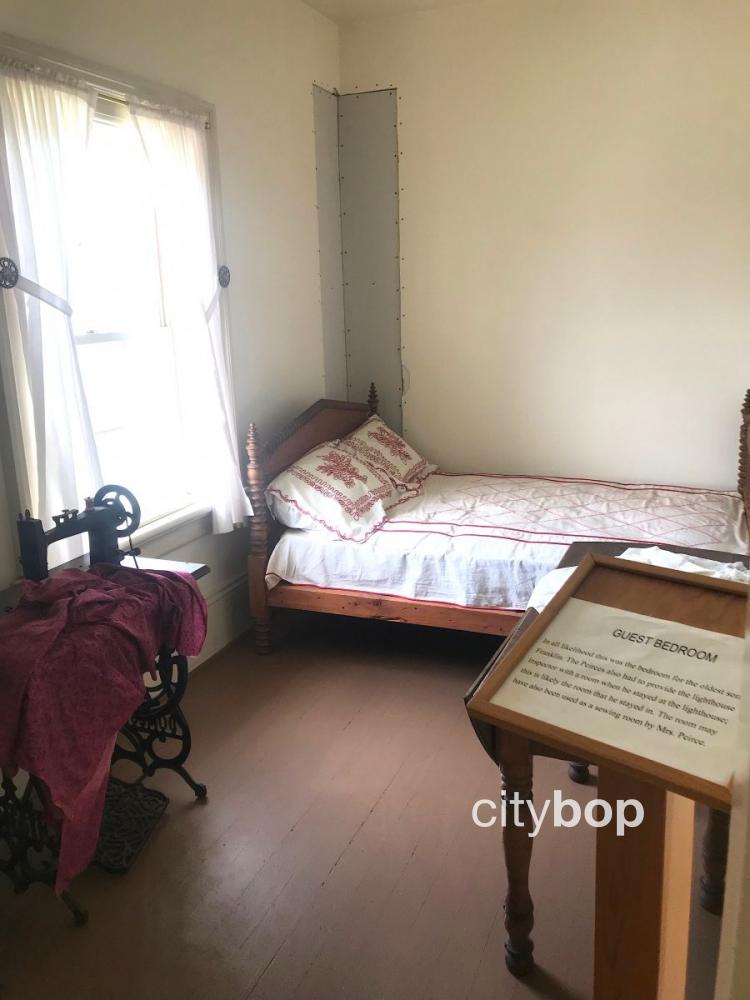 8. All the kids crammed into one bed in the children's bedroom.

The mattresses were very basic compared to today, and a feather mattress sat on a system of ropes that needed to be tightened each night. 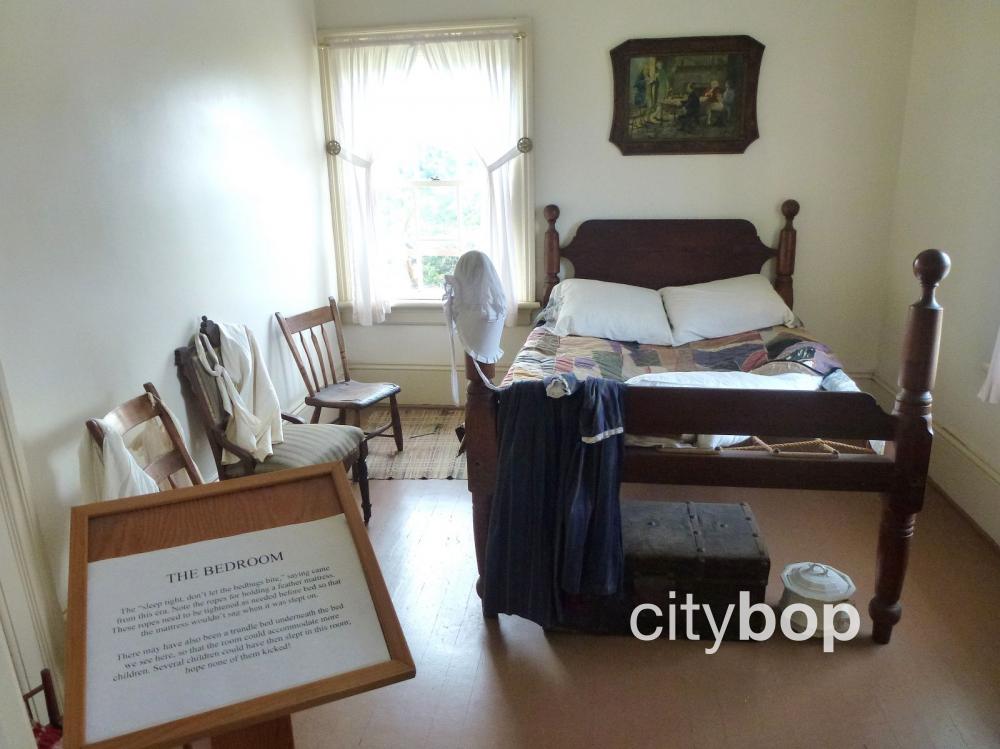 9. Enjoy a picnic on the grounds of Yaquina Bay Lighthouse. 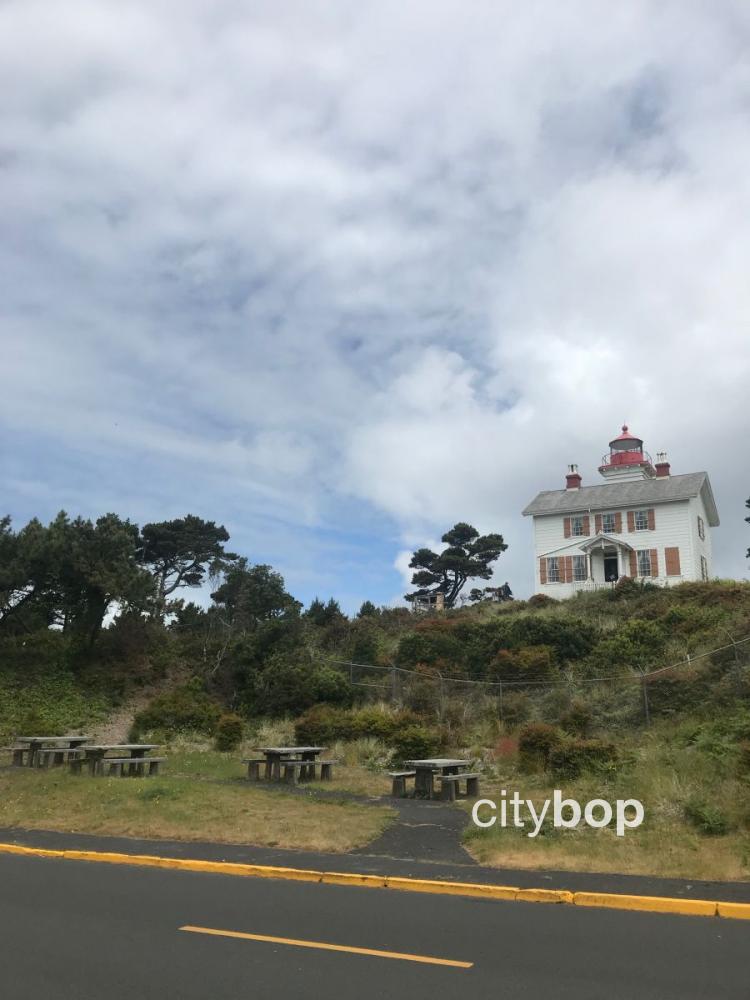 Bring some food and refreshments, and take advantage of the picnic tables at the base of the Yaquina Bay Lighthouse. 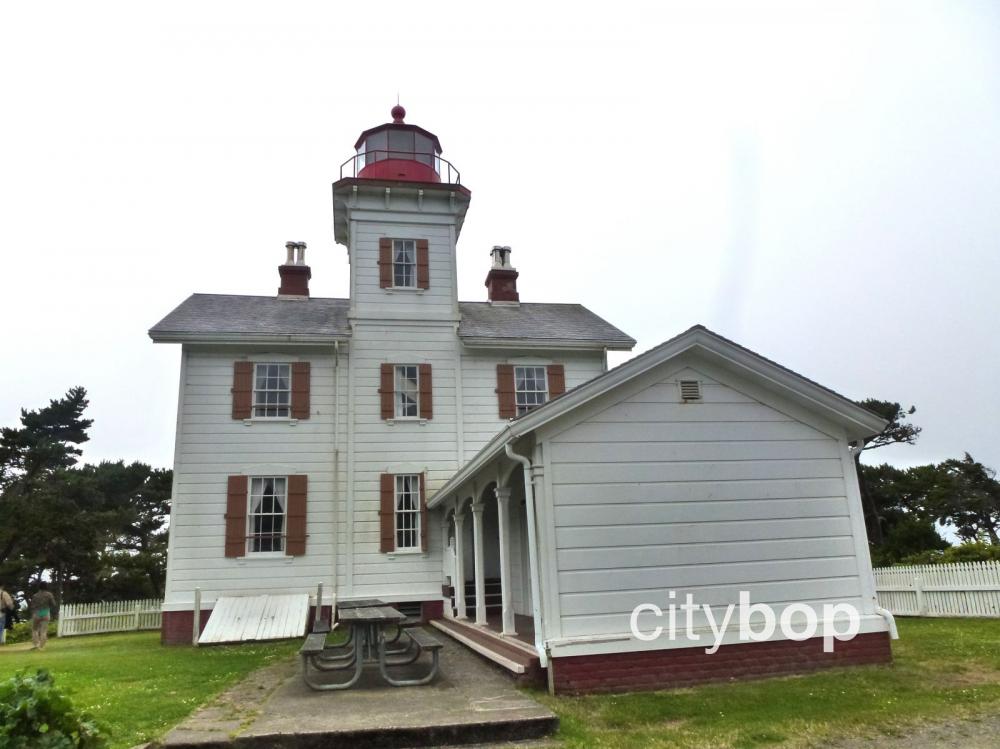 You can also walk around the back of the Yaquina Bay Lighthouse for another set of more sheltered picnic tables, and a convenient restroom.

10. Enjoy soaring views from the coastal overlook near the parking lot. 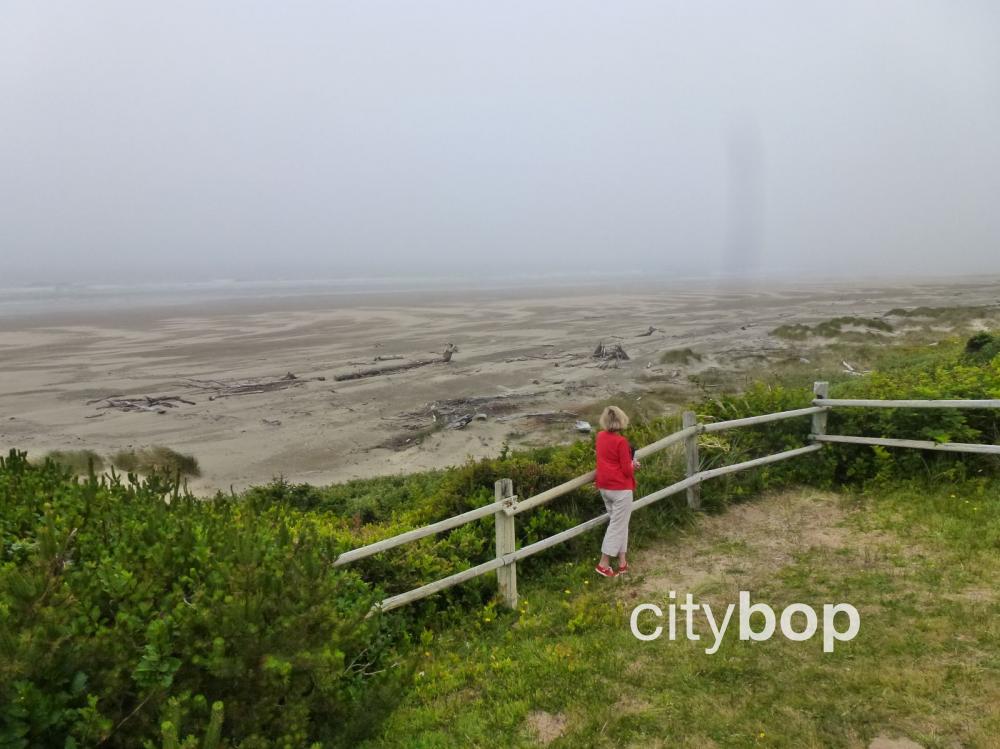 Look out over the desolate expanse of the Yaquina Bay State Recreation Site, and then follow the signs down to this windswept beach. 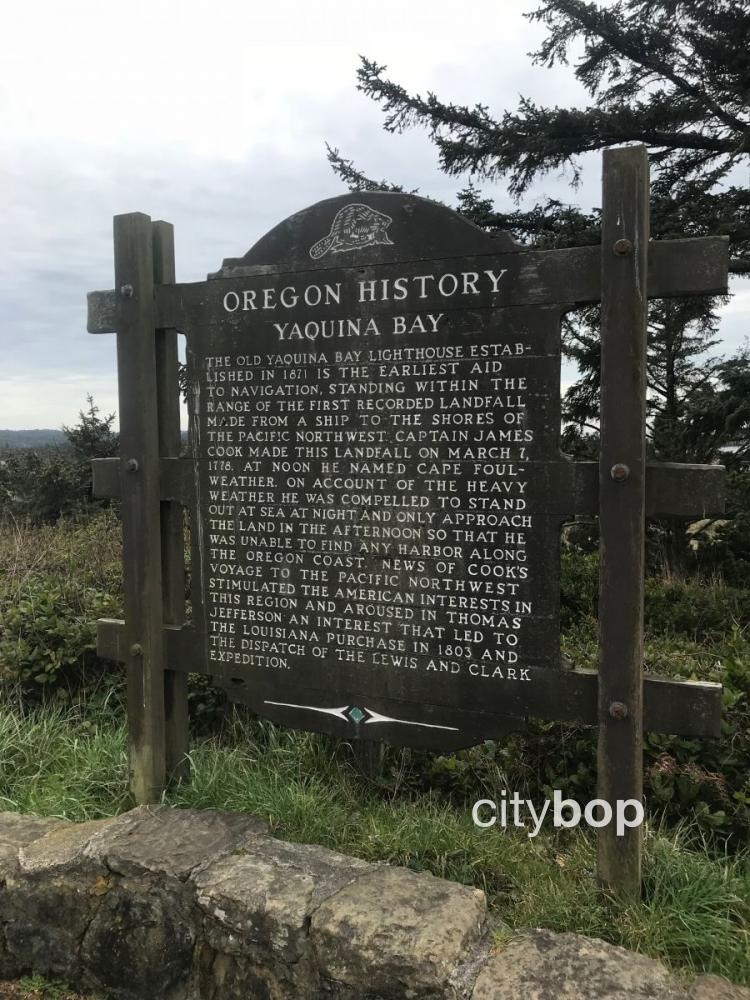 A prominent sign near the overlook explains that Captain Cook first sighted land here in on March 7, 1778.  This opened up the Pacific Northwest to further exploration, leading to the Lewis and Clark Expedition in 1805-06. 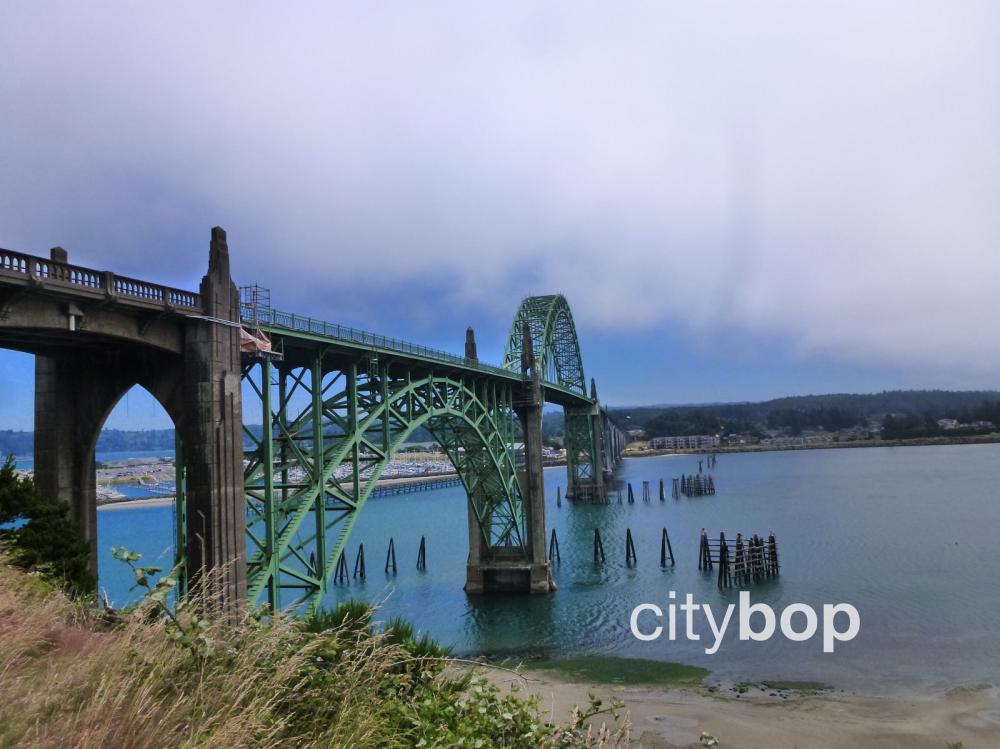 The striking Yaquina Bay Bridge is also visible to the east, and opened in 1936 when the Oregon Coast highway was constructed.