This picturesque lighthouse is on Chief's Island at Gregory Point, and not accessible to the public.  However, you can see it from the beach at nearby Bastendorff Beach County Park.

Stay at the nearby Mill Casino, for a beautiful room in a northwestern-style lodge, and enjoy the restaurants, patio dining in summer, and indoor swimming pool.

2. A tramway bridge once ran from the mainland to the island.  The tramway was originally constructed to transport supplies to the Cape Arago Lighthouse (pictured below), but this has since been removed to prevent visitors accessing the island. 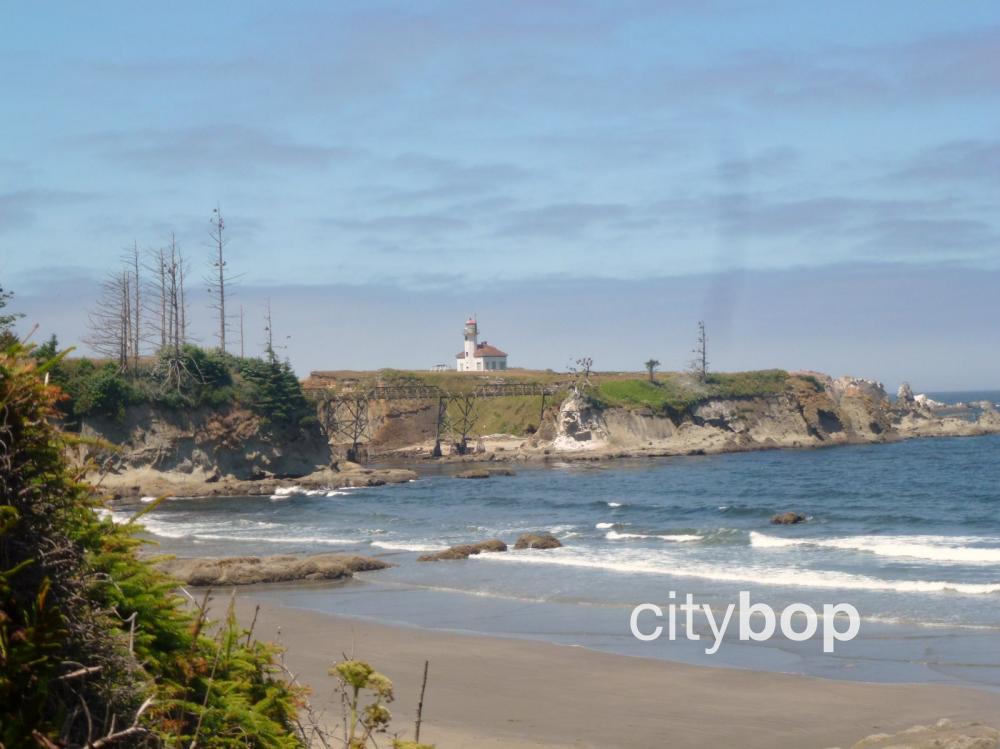 3. The lighthouse was built to navigate ships through thick fog at the entrance of Coos Bay.  By the late 1800s, Coos Bay was a bustling logging port attracting a lot of marine commerce. Today Coos Bay is a lot sleepier, but has reinvented itself as a tourist town with great attractions like the magnificent Shore Acres State Park, famous for its annual Christmas Lights display.

5. In 2013, the Coast Guard handed jurisdiction of the Cape Arago Lighthouse and surrounding lands, over to the Confederated Tribes of the Coos, Lower Umpqua and Siuslaw Indians. A ceremony was held on August 3, 2013, handing over the 24-acres of Chief's Island to the local tribes who have a deep connection to this area. 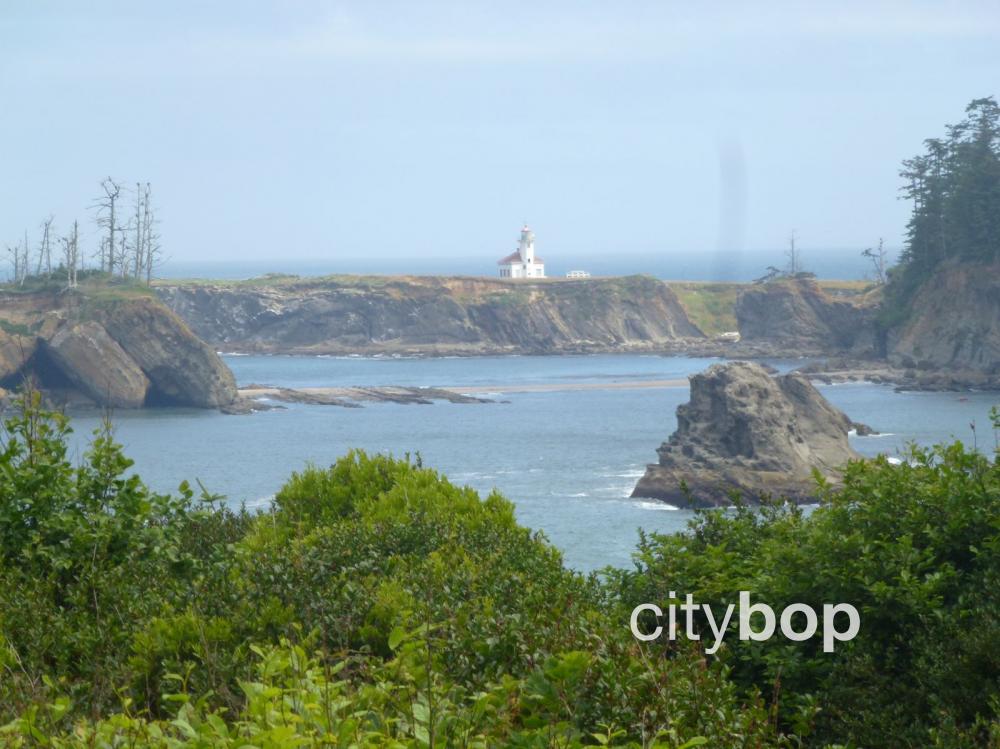 Coos Bay is blessed with three State Parks along 3-miles of the Cape Arago Highway, next to the Cape Arago Lighthouse.  The drive begins with the Sunset Bay State Park that has a lovely sandy beach, followed by the popular cliff-top garden and enchanting Simpson Cove at Shore Acres State Park, and finally the dramatic rock forms at Cape Arago State Park. 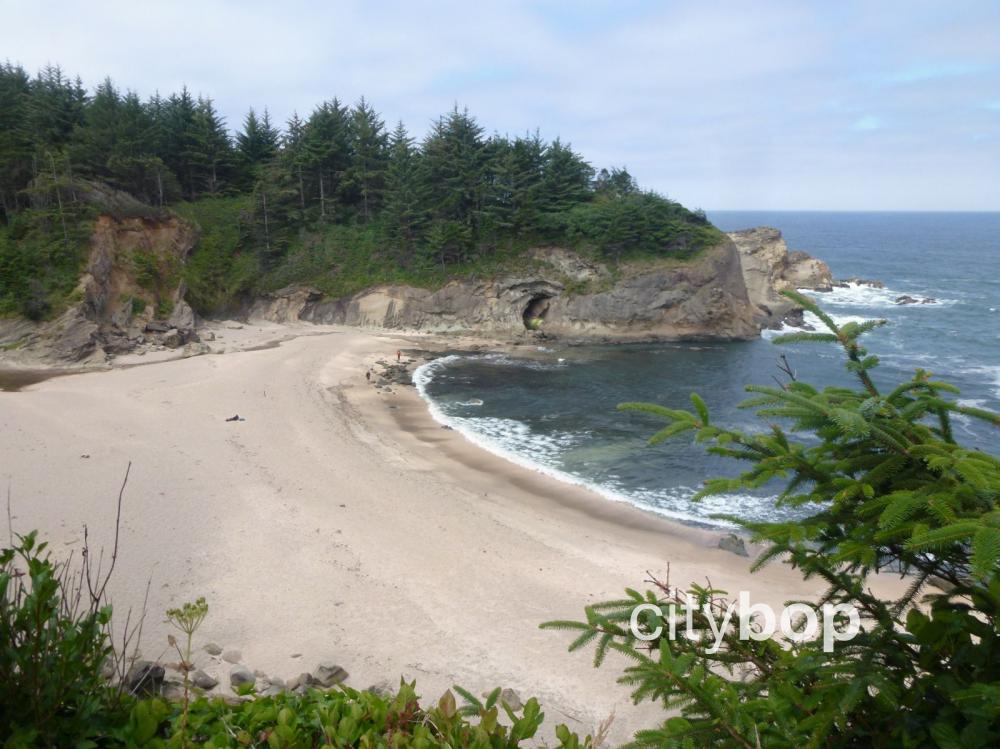