The Cape Meares Lighthouse is only open from April to September, but the park is open all year round.

Stay at nearby Oceanside when visiting Cape Meares, with a cafe, restaurant and lodging options.

5 best things to do at Cape Meares Lighthouse 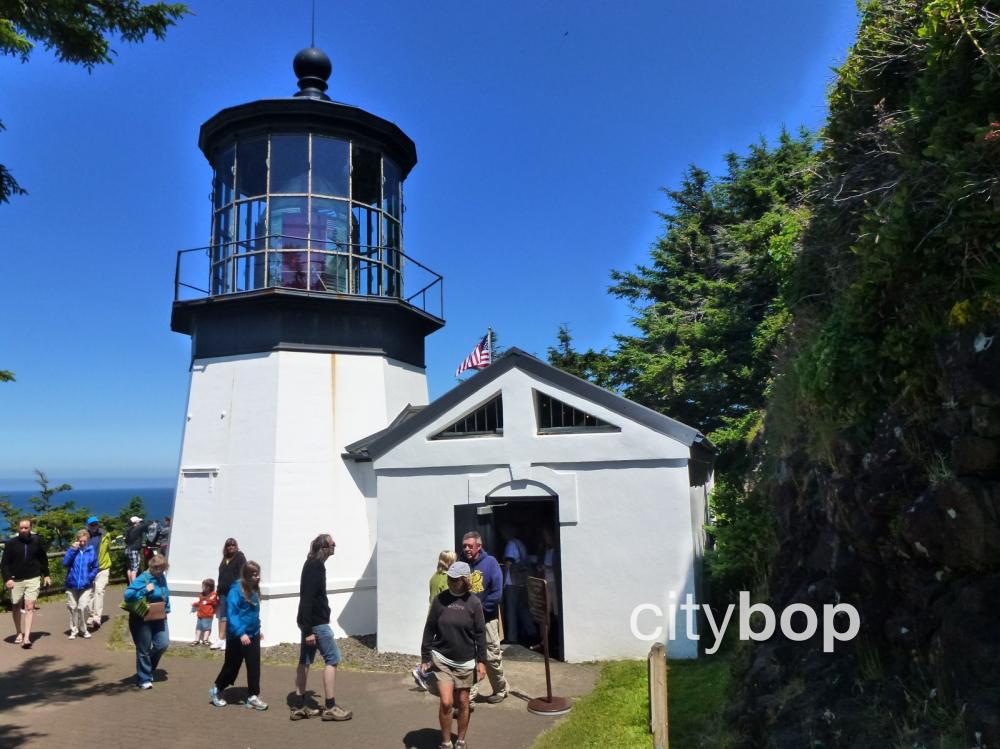 1. Walk the 5 minute loop trail to the Cape Meares Lighthouse.

It's a short walk along a stunning headland to the Cape Meares Lighthouse.  The views are incredible and include the Three Arch Rocks to the left, and a magnificent inlet with 200-foot sheer cliffs to the right.  The imposing form of a rocky outcrop lies directly ahead, and is one of the largest nesting grounds for common murres on the continent. 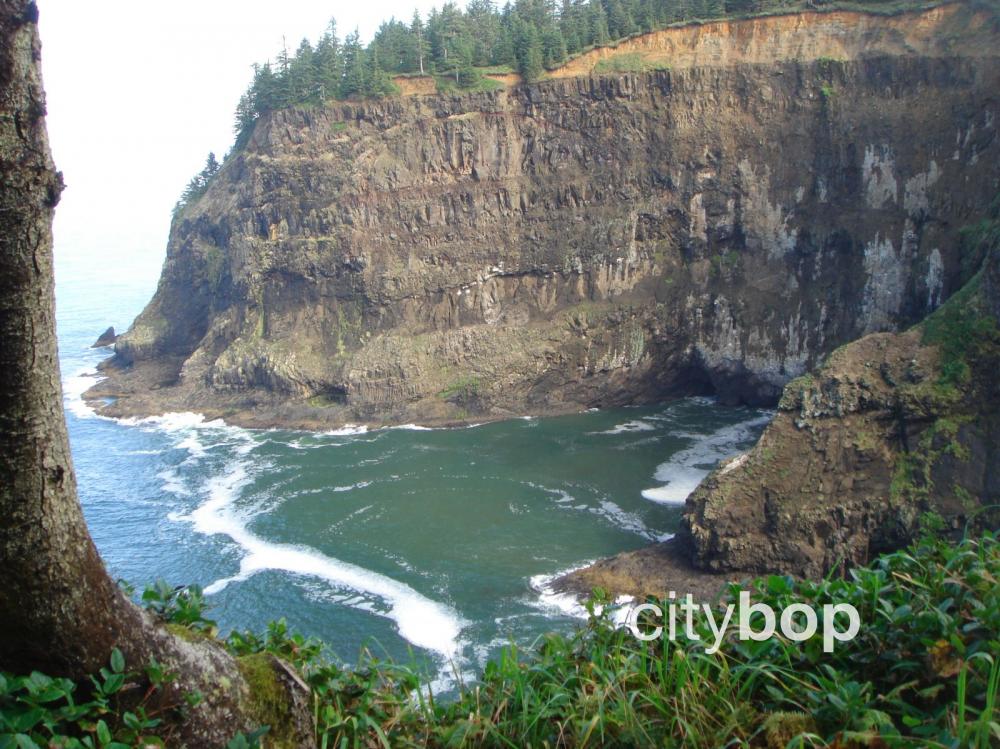 The northern section of the trail to the Cape Meares Lighthouse, overlooks dramatic 200 foot basalt cliffs.  The stands of old growth Sitka Spruce and hemlock can be seen at the the top of the cliff. 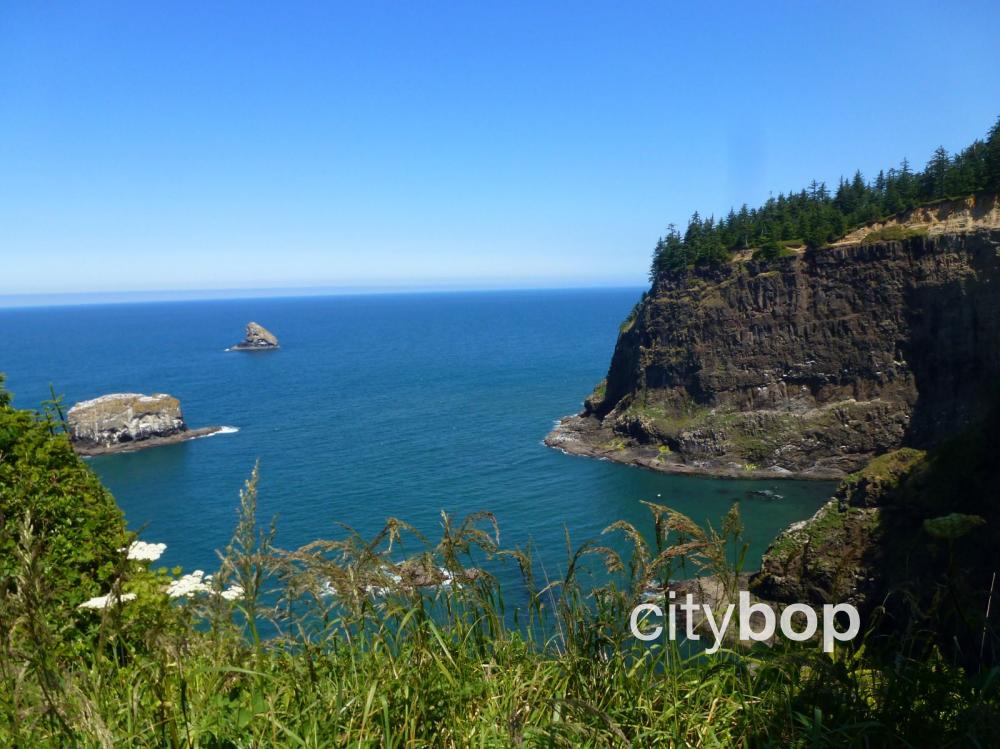 Pillar Rock is visible along this section of the trail, and is a prolific breeding ground for common murres. 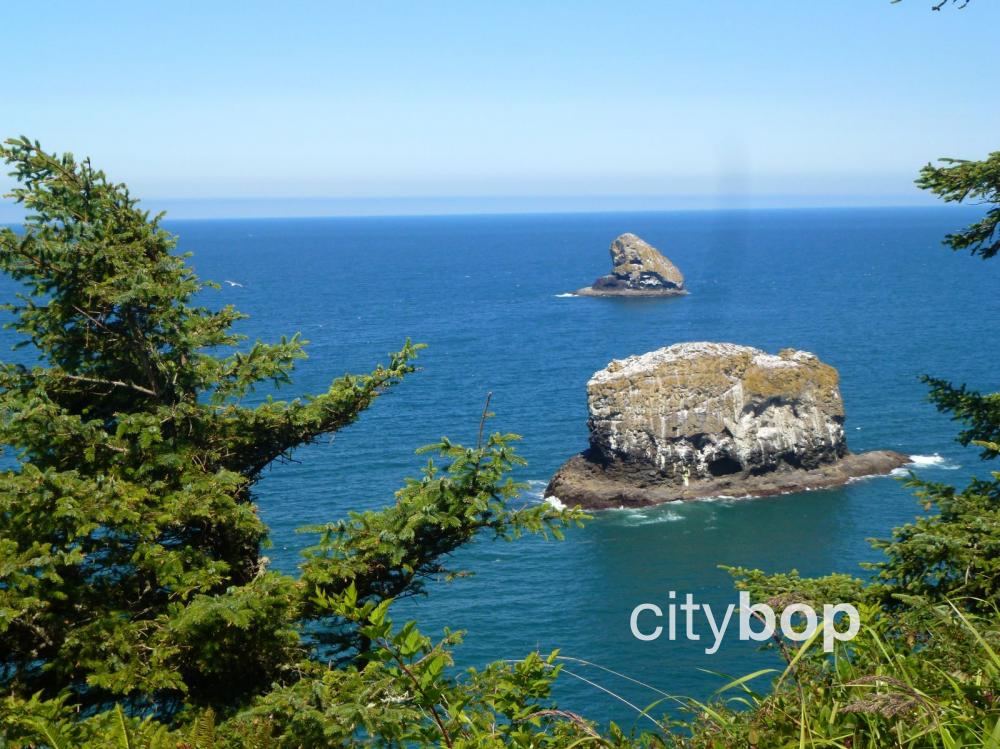 Here's a closer look at Pillar Rock. Can you see the cave?

2. Climb to the top of the 38-foot Cape Meares Lighthouse. 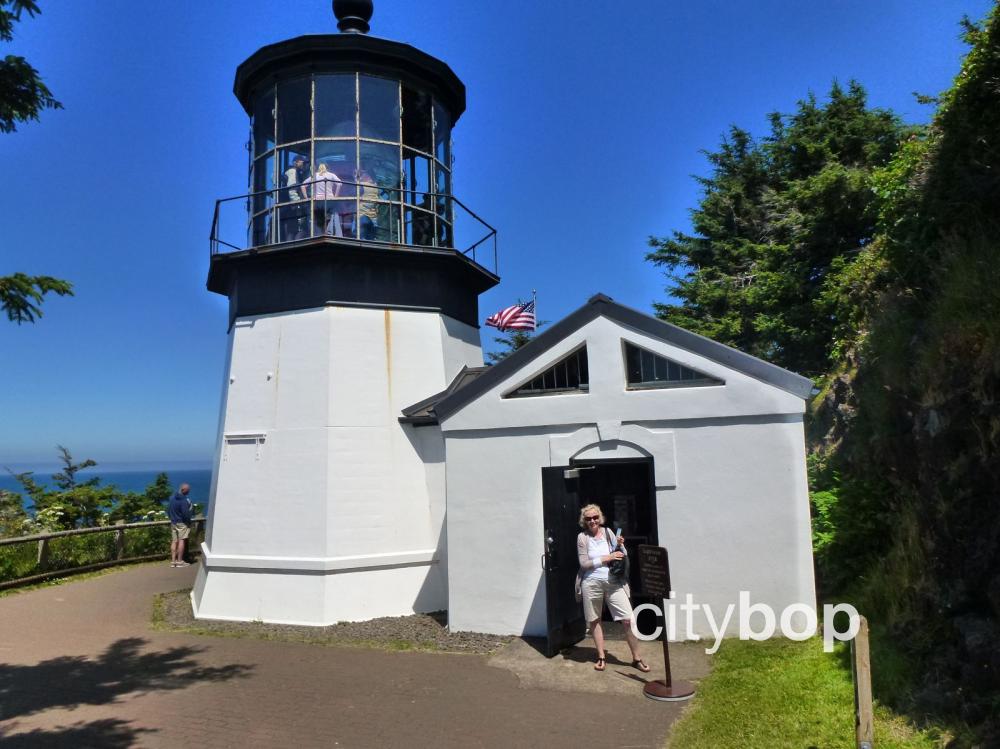 The beautiful fresnel lens was manufactured in Paris, and shipped around Cape Horn to be delivered to Oregon.

It was no easy feat delivering the original fresnel lens to Cape Meares Lighthouse during the late 1880s. The original lens had to be hauled 217 feet up the cliff edge from a boat below! The rest of the materials for the lighthouse were dropped off at nearby Tillamook Bay, then dragged along muddy, primitive paths by oxen and men to the Cape Meares Headland.

After much hard work, the Cape Meares Lighthouse was finally activated in 1890, and its light could be seen 21 miles out at sea.

Over 70 years later it was decommissioned in 1963, when the Coast Guard replaced the lens with an automated light a few feet from the tower. Unfortunately during this time the tower was vandalized and the original ruby bullseye lenses were stolen.

In 1968 the Cape Meares Lighthouse eventually fell under the jurisdiction of Oregon Parks and Recreation, who restored the lighthouse and built a new workroom.  Unfortunately they tore down the derelict Lighthouse Keepers Quarters, at the location of the current parking lot.

The Cape Meares Lighthouse finally opened to the public in 1980, and the lenses were eventually recovered.

However, more damage was incurred to the lenses during an incident in January 2010 when two drunk men went on a shooting rampage and damaged the window panes, causing half a million dollars damage. This damage has since been fixed, and the Cape Meares Lighthouse has been restored to its former glory. 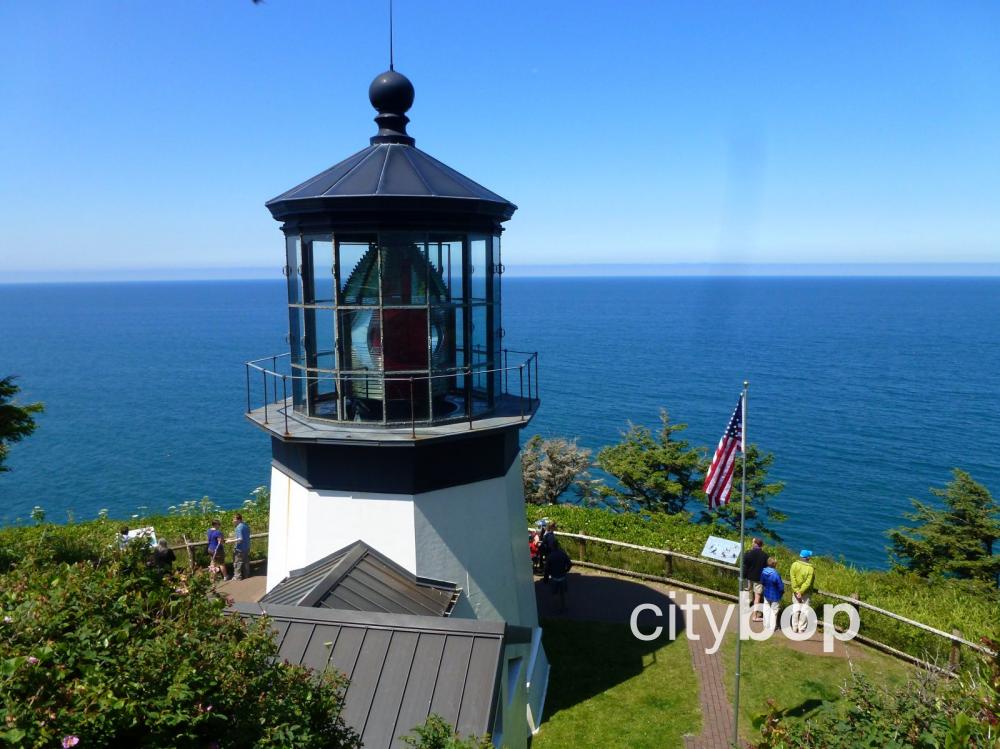 4. Check out the sprawling Octopus Tree.

Take a 0.1 mile walk from the parking lot to the sprawling form of the Octopus Tree, estimated to be 250 to 300 years old.  If you take a close look, you'll notice this unusual Sitka Spruce tree has no central trunk! 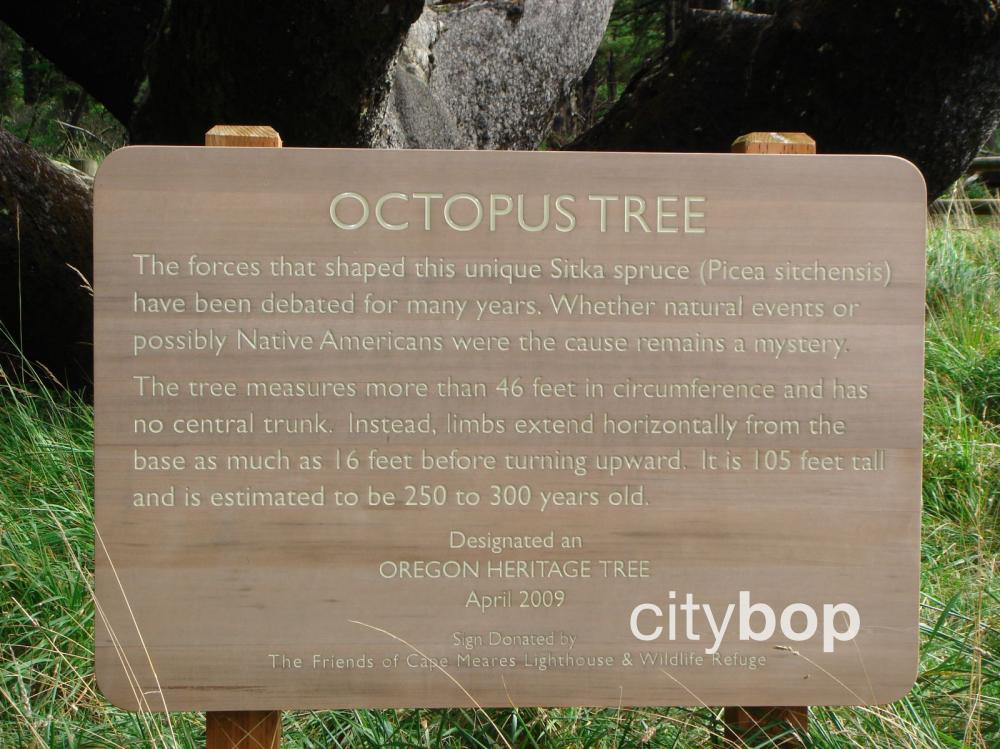 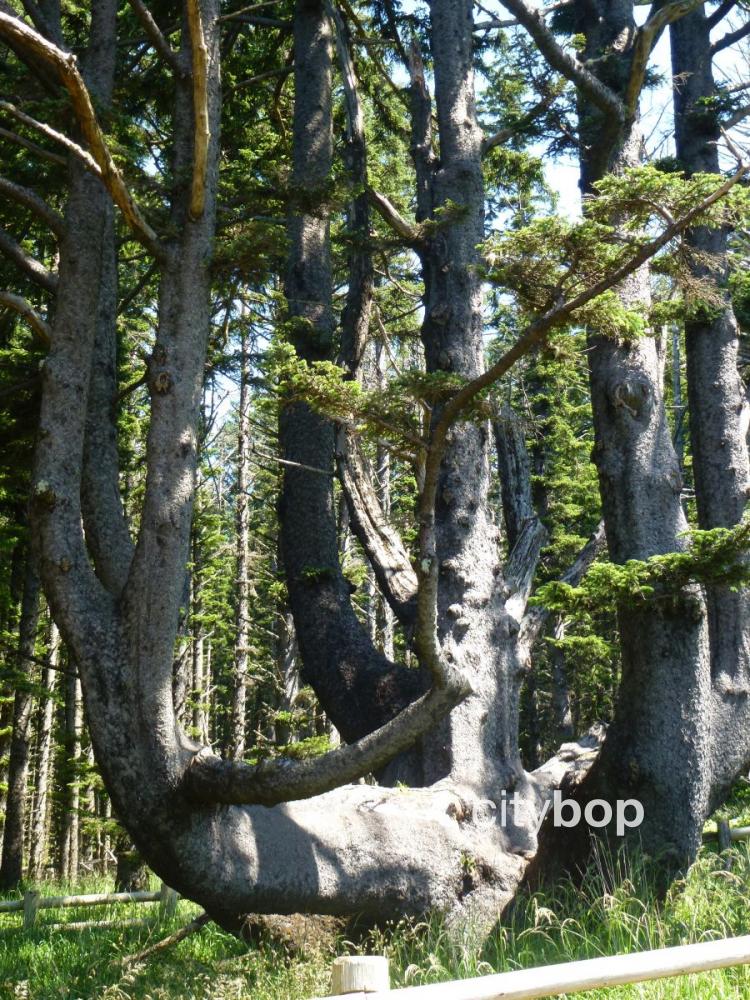 Take the short 0.25 mile trail at Cape Meares to the largest Sitka Spruce Tree in Oregon, measuring 144 feet high! The trailhead is near the park entrance. 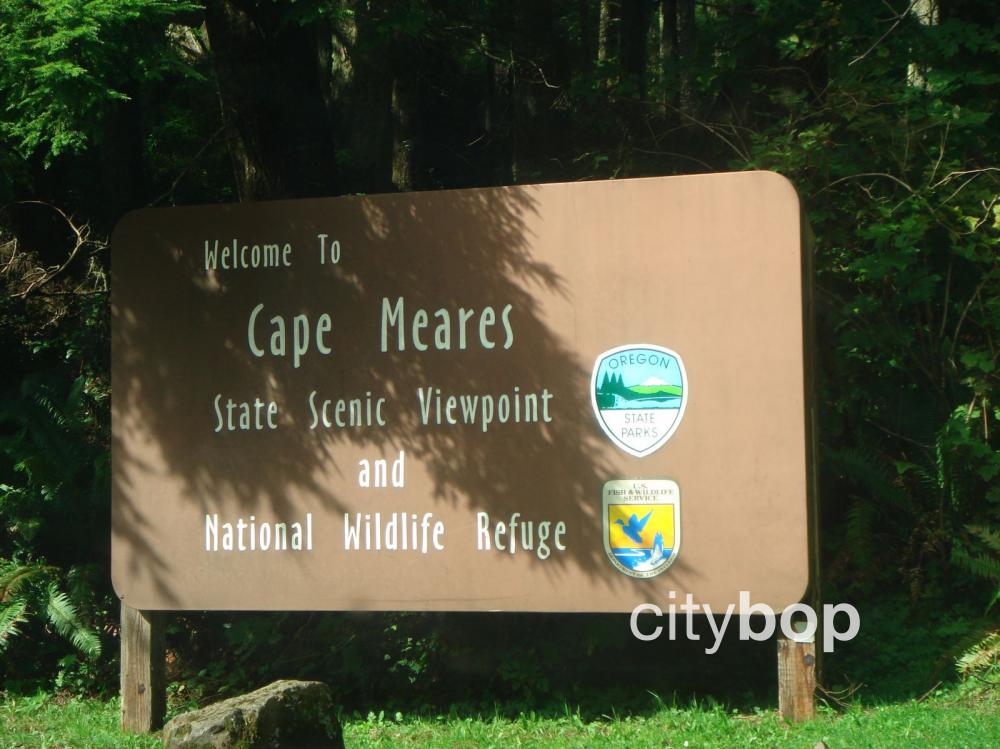