Ecola State Park has the best views of the Oregon Coast!

This beautiful park has also been featured in three movies; Twilight, Point Break and the Goonies.

There are two day use areas at Ecola State Park at Ecola Point and Indian Point. Both involve a drive down a narrow road through Sitka Spruce forest, and there are plenty of picnic tables and benches on the grassy knolls near the parking lots. A day use fee is required to visit here.

Ecola State Park wraps around windswept Tillamook Head, with grassy bluffs, rocky promontories and sandy beaches.  It has a breathtaking, nine-mile stretch of coastline, with jawdropping views.  These are amongst the most iconic vistas of the Oregon Coast.

10 best things to do at Ecola State Park.

Ecola Point is most popular with visitors, with a sweeping coastal view of the monolithic sea stack at Cannon Beach, and the Bird Rock sea stacks at Chapman Point.  Do you recognize this view? It was featured in the Goonies film (1985) where the boys searched for buried treasure from One Eyed Willie, while dragging their bikes up the bluff. 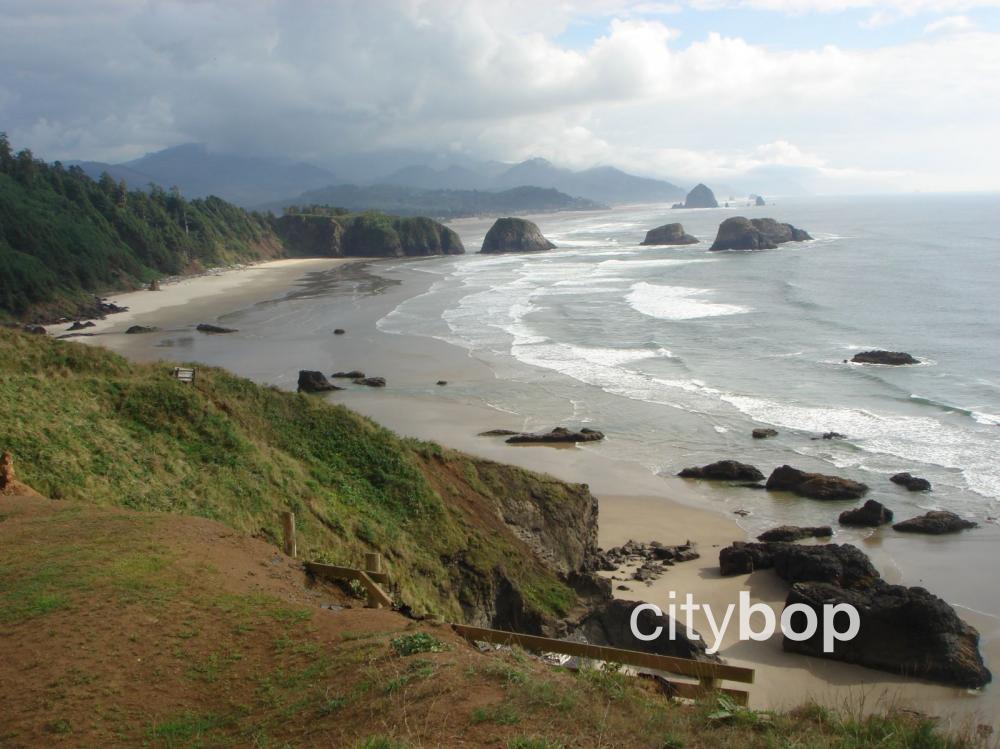 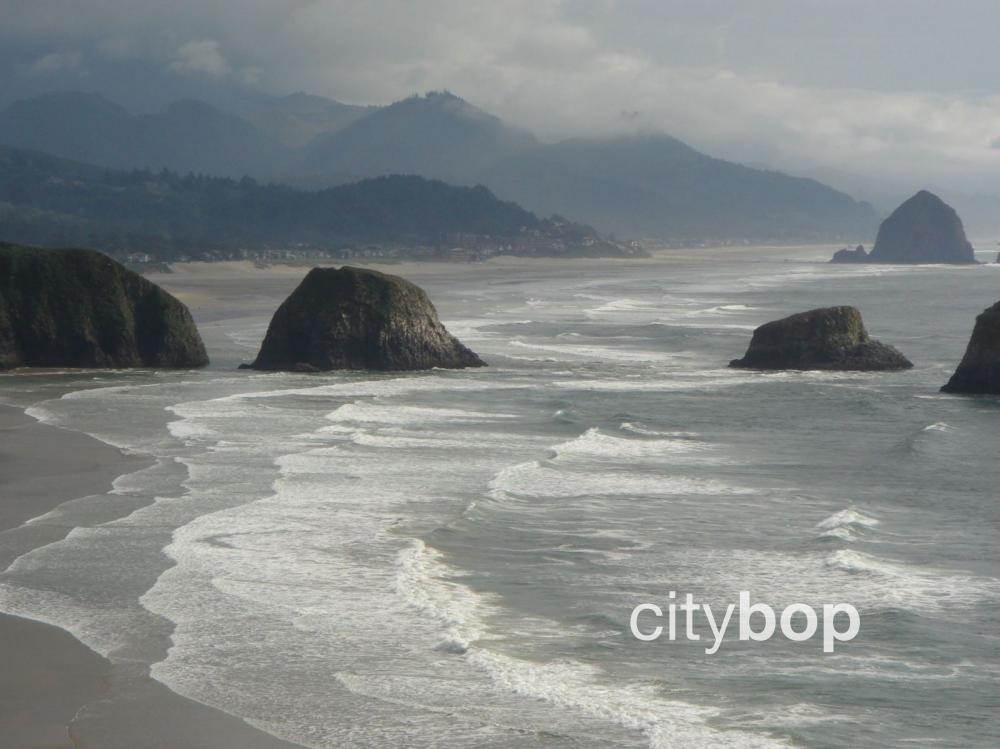 3. Take the trail down to Crescent Beach that starts at Ecola Point.

The lovely Crescent Beach is also visible from Ecola Point at Ecola State Park.  There's a steep 1.25 mile trailhead down to Crescent Beach that starts near the restrooms at Ecola Point.  The trail can get muddy with drop-offs and exposed tree roots, so not advised for kids. 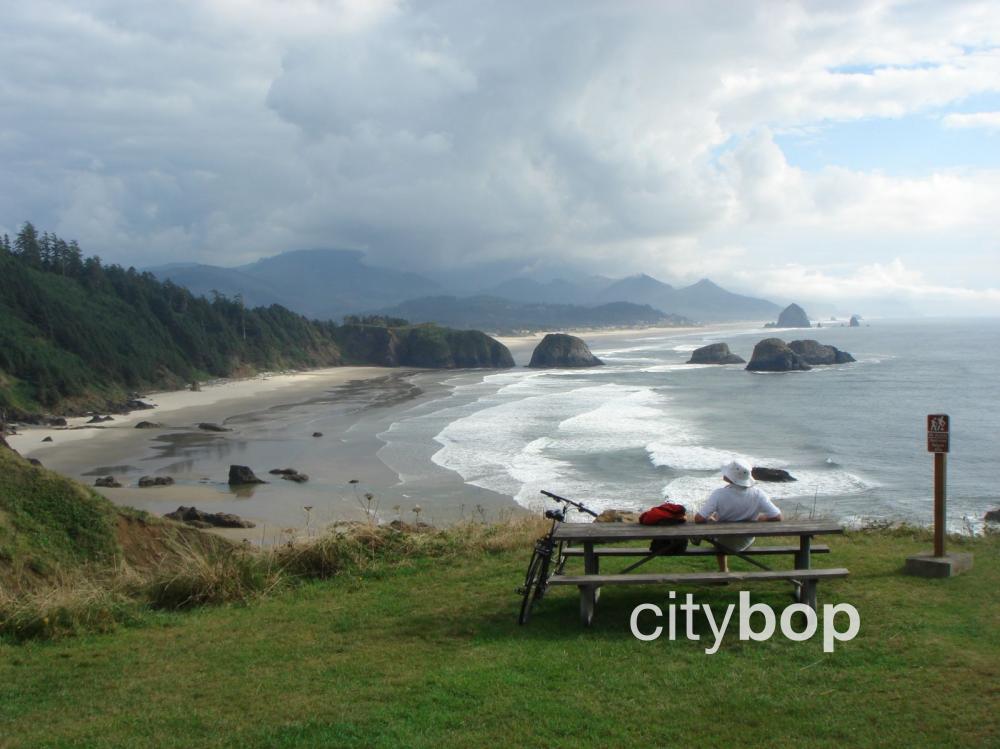 4. Explore lovely paths out to a windswept bluff at Ecola Point. 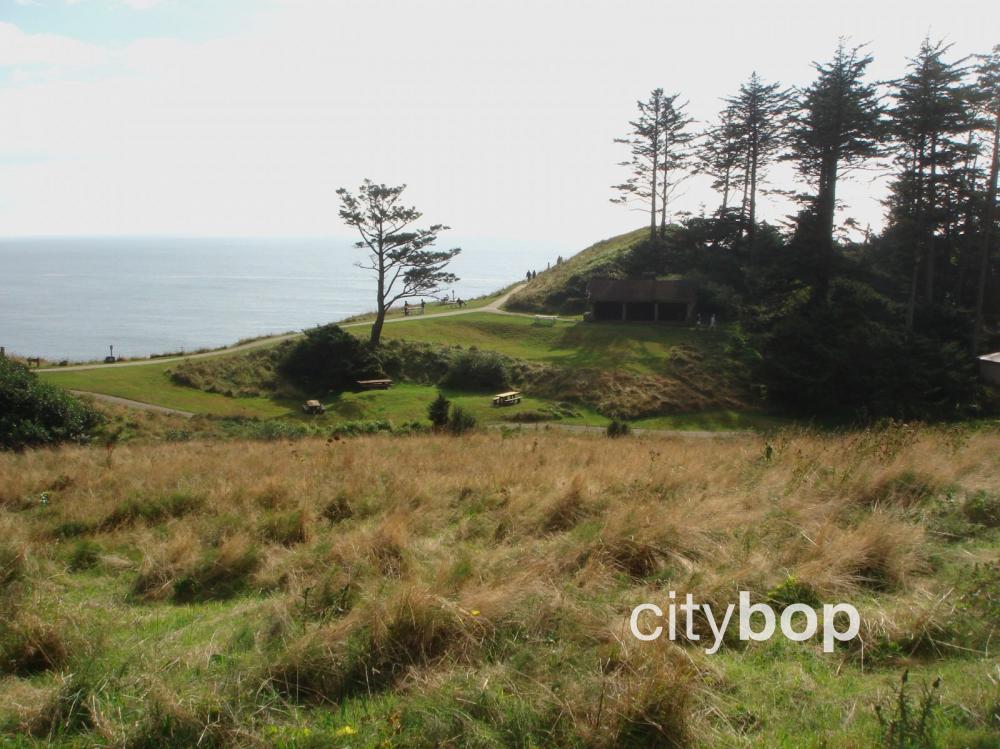 6. Make use of the picnic tables at the day use area at Ecola Point. 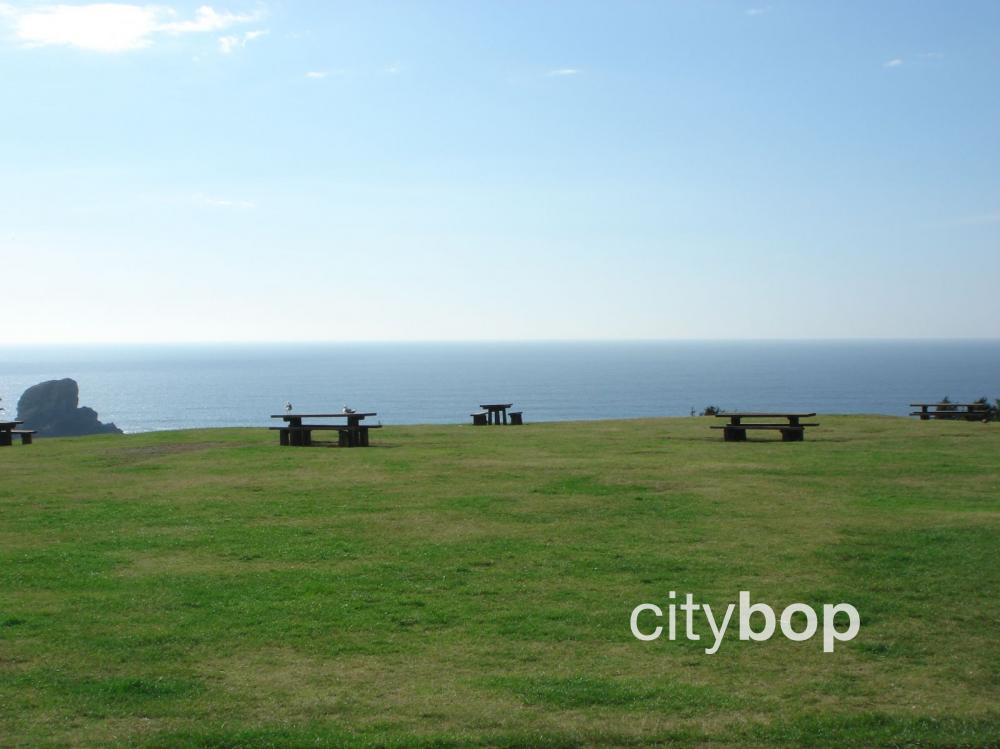 7. Look out at the abandoned Tillamook Rock Lighthouse visible from Ecola Point.

The lighthouse is perched atop a rocky outcrop a mile out at sea. Its construction on this rock between 1880 to 1881 is considered an amazing engineering feat! 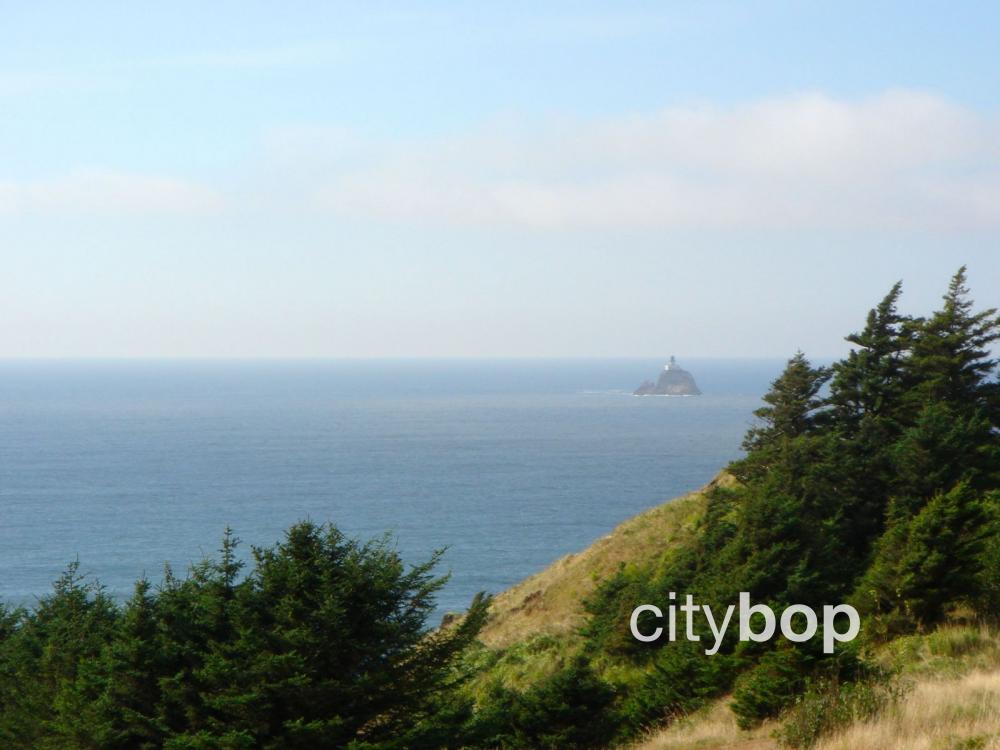 Fierce storms lashed the Tillamook Rock Lighthouse earning it the name Terrible Tilly.  Lighthouse keepers faced tremendous isolation and dangerous conditions until the light was finally turned off in 1957.  Today it's a wildlife refuge. 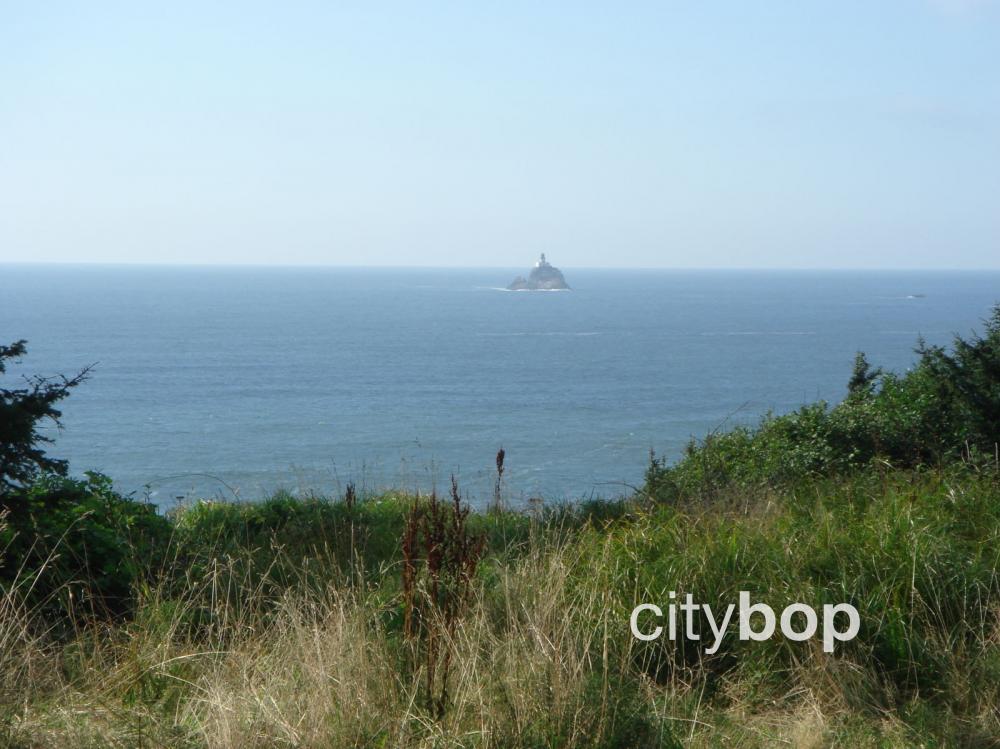 This rugged hike at Ecola State Park is not for the faint hearted, with lots of drops offs, and narrow pathways. 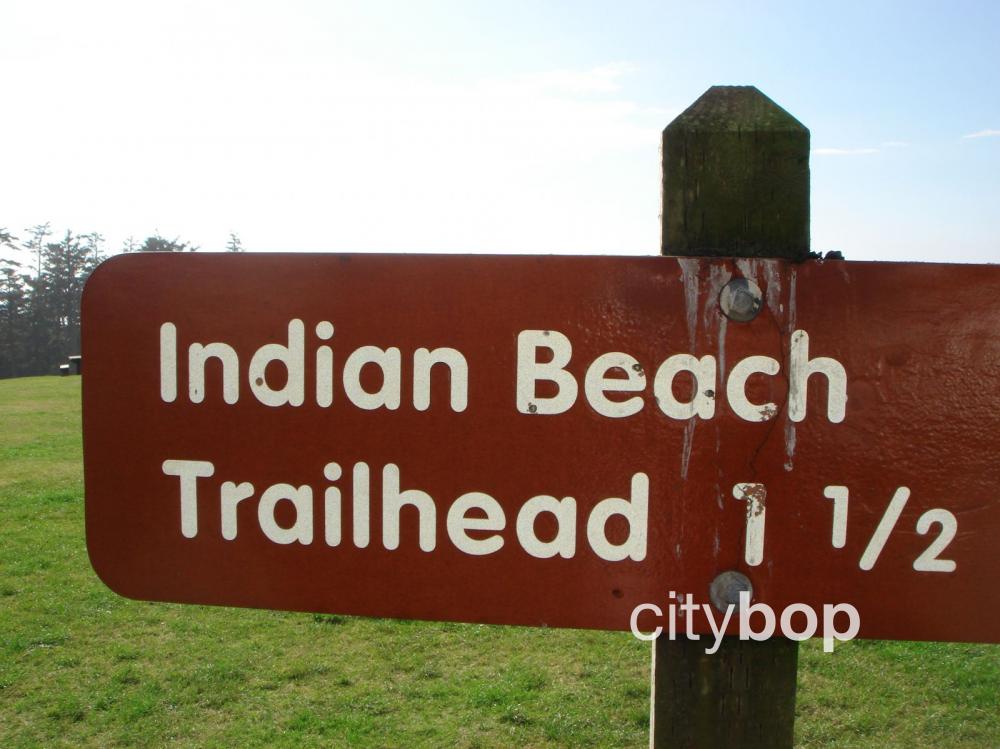 9. Visit the second day use area at Indian Point.

Ecola State Park's second day use area is at Indian Point overlooking stunning Indian Beach, and is an extremely popular beach for surfers.

Indian Beach was featured in the final scenes of Point Break (1991) passing for Bells Beach in Australia.  It also doubled as First Beach La Push in Twilight  (2008), when Bella's friends go surfing. 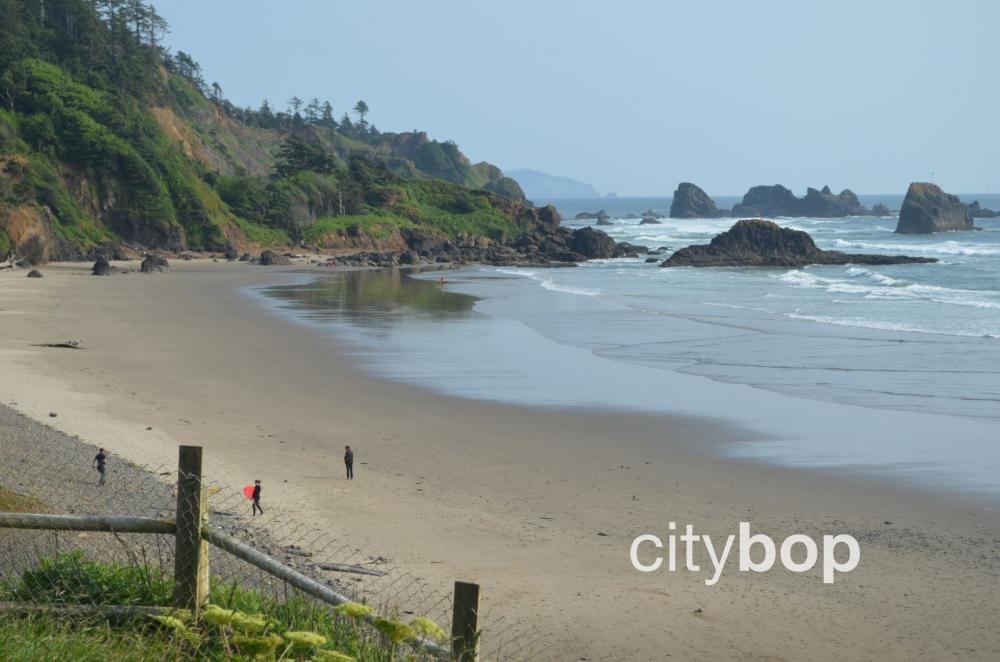 10. Stay nearby at the popular seaside village of Cannon Beach, and discover other local attractions.

Learn about the best hotels and restaurants in the nearby boutique coastal town of Cannon Beach. Some other beautiful coastal parks near Ecola State Park, are Oswald West State Park and Fort Stevens.