Visit the famous site where Lewis and Clark spent the winter of 1805 to 1806.

Fort Clatsop is 2 hours northwest of Portland on the scenic Oregon Coast, near the charming seaport of Astoria.

The fort has a secluded setting, nestled in a forest at the site where Lewis and Clark spent the winter of 1805 to 1806.

The original fort is no longer there, but a replica has been constructed to provide some insight into the miserable conditions they endured that unusually wet winter. There's also an excellent Visitor Center at Fort Clatsop, with video presentations, exhibits, a restroom and a picnic area.

10 best things to do at Fort Clatsop 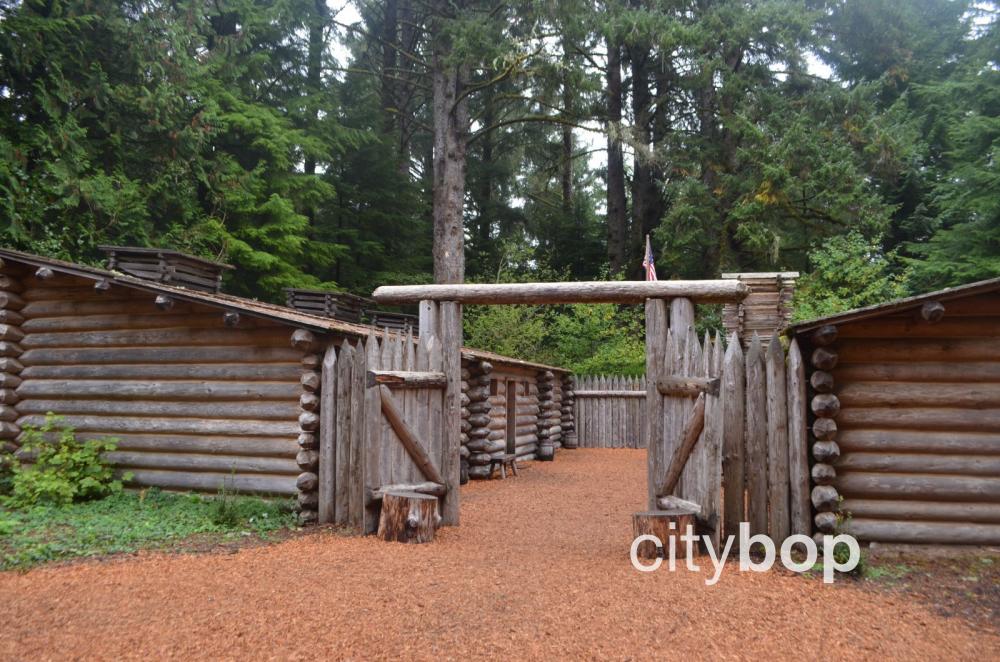 1. Learn about the 8,000 mile Lewis and Clark expedition to the Pacific Northwest.

Lewis and Clark were part of the Corps of Discovery Expedition that explored the Western United States, fulfilling President Jefferson's desire to expand the borders of the U.S. and gain access to valuable Pacific trading routes.

They left St Louis, Missouri on May 14, 1804 and crossed the Rocky Mountains to reach the Pacific Ocean on November 15, 1806.  A month of wild Pacific storms ensued, and any hopes of returning home by joining a passing ship were dashed.

The 33 members of the Corp decided to set up a winter camp, and constructed Fort Clatsop to survive the winter.  The site was chosen because it had access to freshwater springs, abundant game, and a canoe launch at the nearby river (now known as the Lewis and Clark River).  It was difficult work, requiring the forest to be cleared to build the fort.  The party moved into Fort Clatsop at Christmas time, 1805.

2. Discover what life was like during the 4 months spent at Fort Clatsop.

Life was difficult inside the primitive fortress, and it rained non-stop for 112 days, with the exception of six days. The fort was cold and muddy.

The men spent a total of four months here, and passed the time by hunting, making salt, tanning and doing guard duty.  The guard shifts were two hours on, four hours off, with a sergeant and two soldiers.  One of their duties involved a daily check that the canoes were secure down at the river landing.

Captains Lewis and Clark had their own quarters, where Lewis wrote journal entries, and Clark studies maps to identify the way home.

They were relieved to finally leave on March 23, 1806 and return to St Louis to much fanfare on September 23, 1806.  The Lewis and Clark expedition had traveled a remarkable 8,000 miles in 2 years and 4 months.

3. Stroll into the Parade Ground.

Fort Clatsop was walled in, with gates at either end of the courtyard to protect from attack by Native Indians.  The highest external wall is 10 feet.   The internal parade ground measures 40 feet by 28 feet. 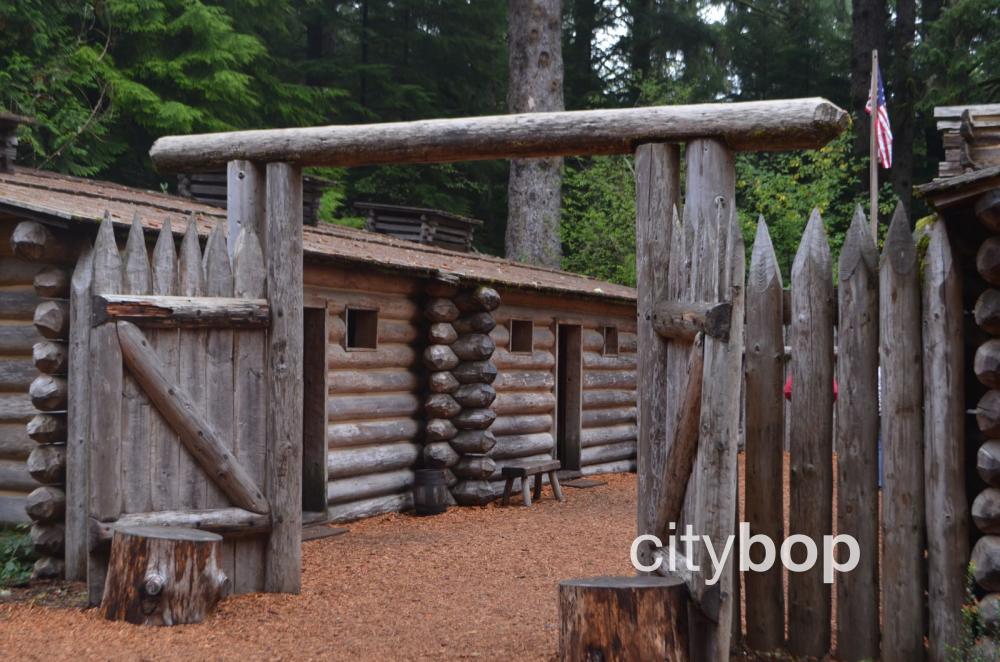 Historians are confident that today's replica of Fort Clatsop is within feet of the original, and the replica was faithfully recreated using vivid descriptions from William Clark's journal entries. 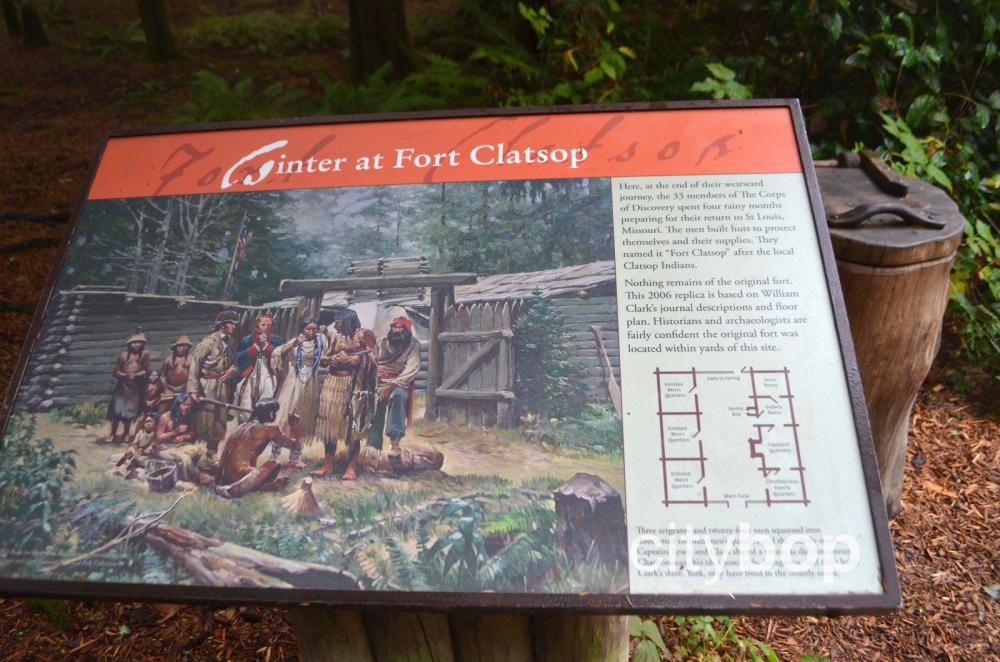 There were seven rooms in total, with a Parade Ground in the middle of the fortress. One side of the Parade Ground had three rooms for the Enlisted Men's Quarters, occupied by 24 soldiers and 3 sergeants. The other side had a Captain's Quarters was for Lewis and Clark, a Family Quarters for interpreter Charbonneau, his wife Sacagawea, and their child, and a store room and orderly room. 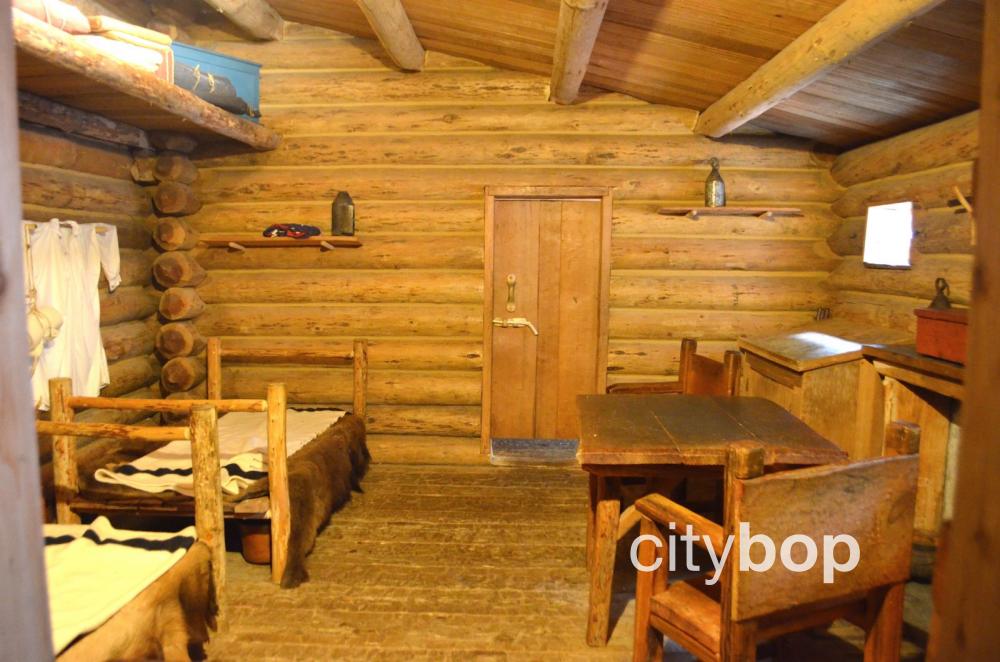 5. See the lovely statue of Sacagawea.

There's a lovely statue of the interpreter's wife, Sacagawea.  She was the daughter of a Shoshone chief, and was only sixteen years old when she traveled thousands of miles with the Lewis and Clark expedition with a baby in tow, to assist as an interpreter and guide.  She had been captured by an enemy tribe, and sold to her husband, French Canadian trapper Toussaint Charbonneau, when she was only twelve. Sacagawea was recognized as a valuable member of the expedition, with a calm temperament, and high levels of resourcefulness. 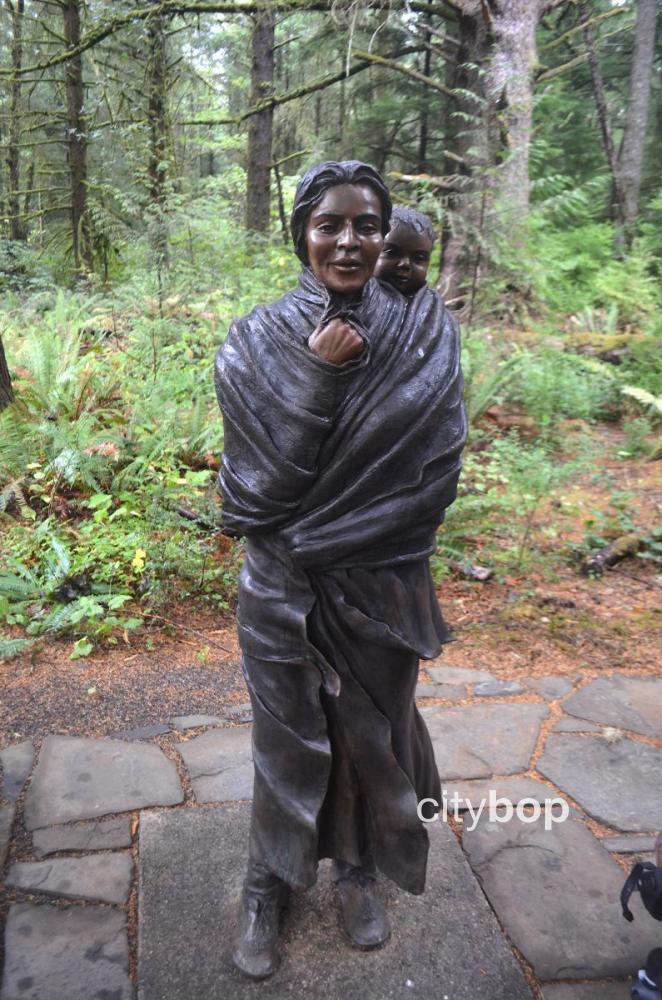 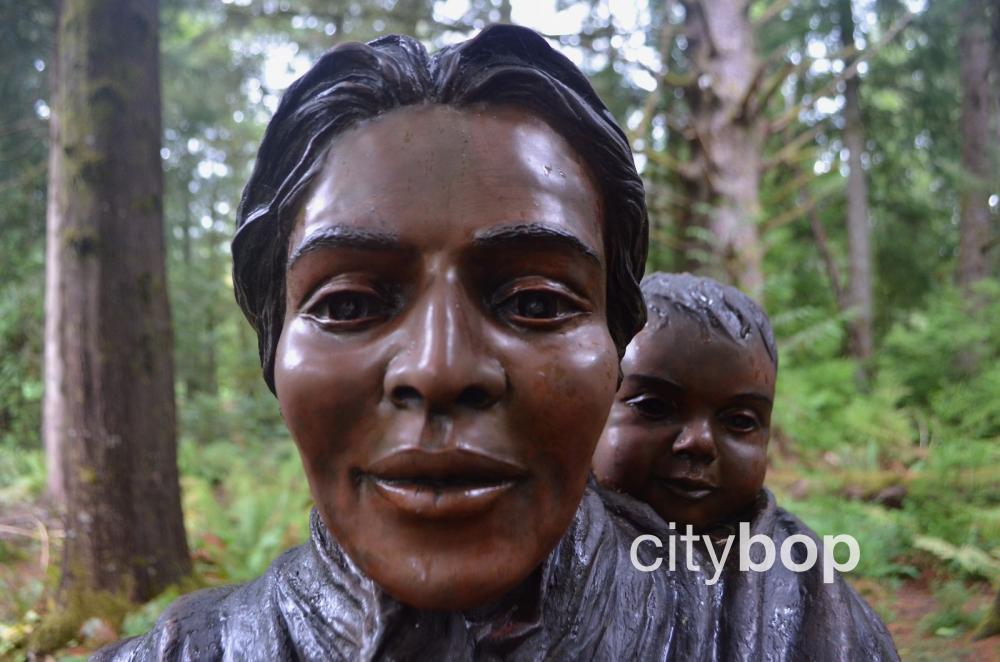 There are winding paths to explore the forested area around Fort Clatsop, full of Hemlock, Cedar and Spruce.  These local trees were used to build the stockade. Follow the path to the canoe landing, for views of Saddle Mountain. 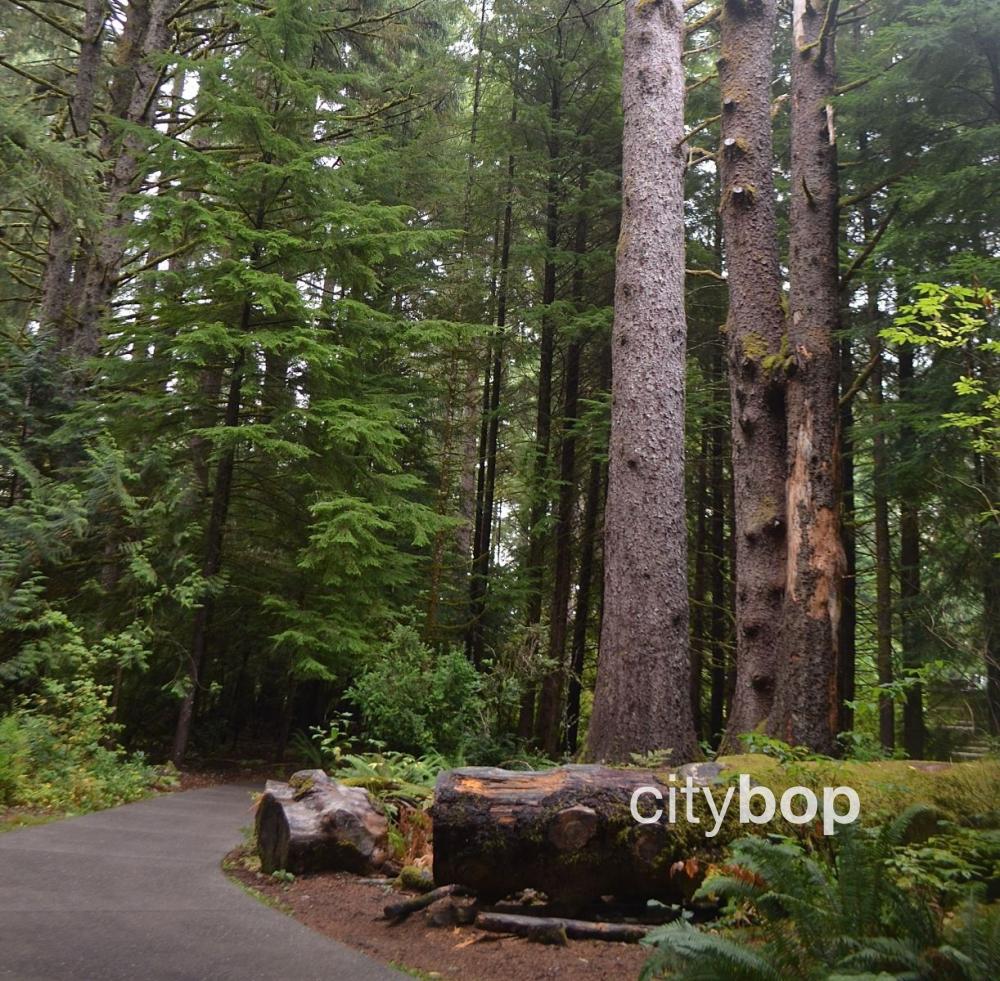 7. Stop by the Visitor Center.

There's also a Visitor Center a short distance from Fort Clatsop, documenting the early history of the area, with exhibits, two films, and a gift shop. 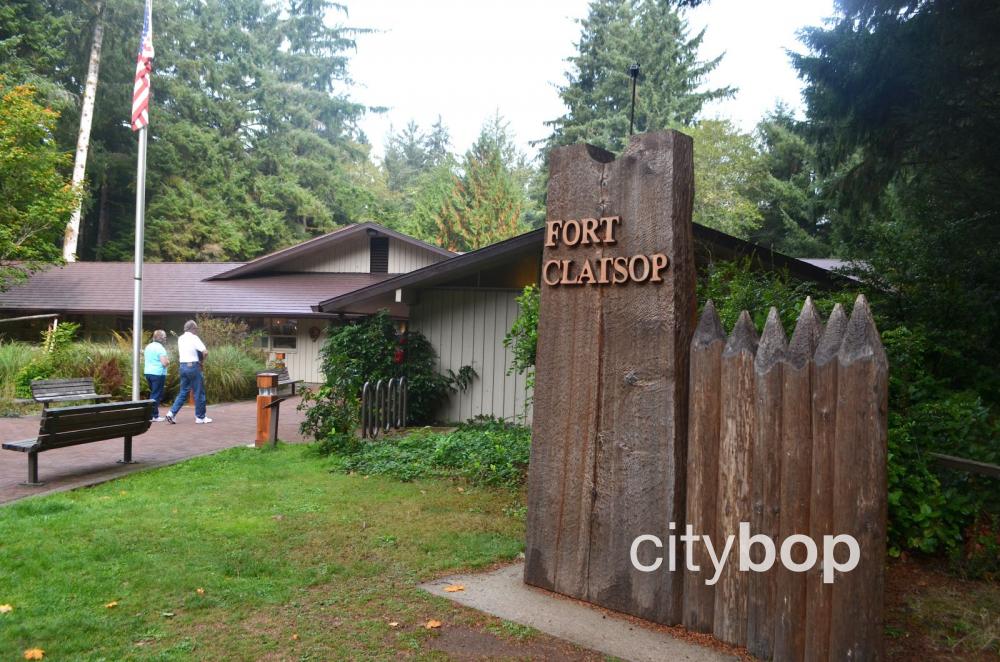 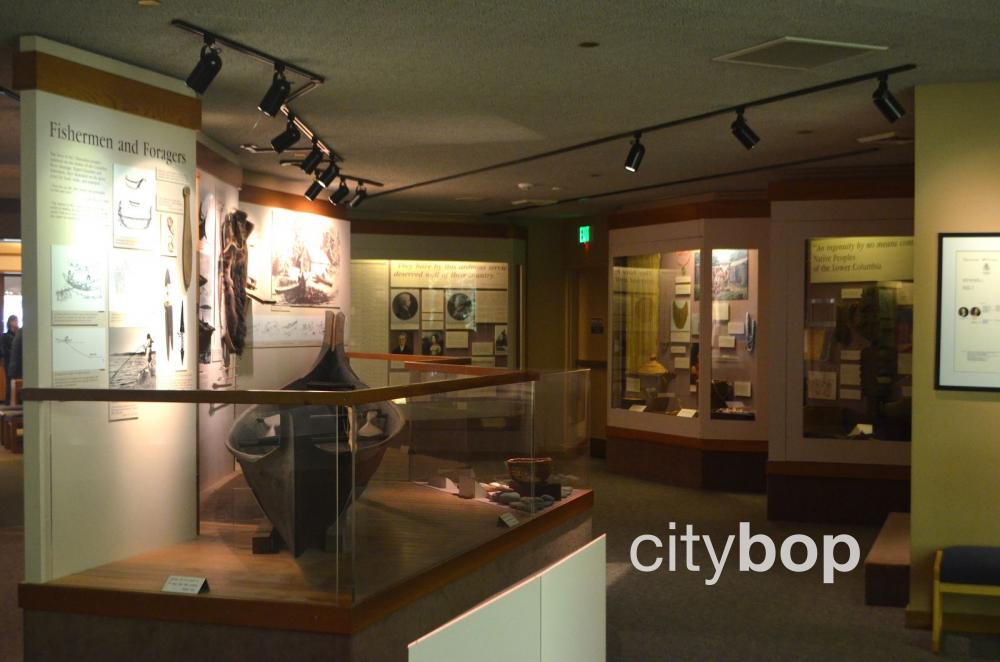 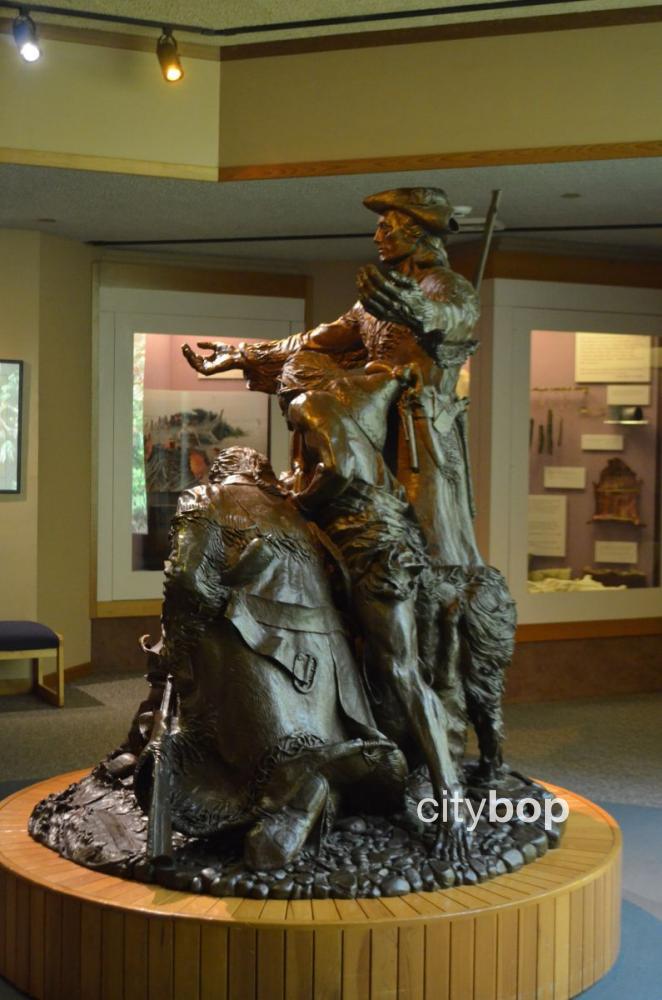 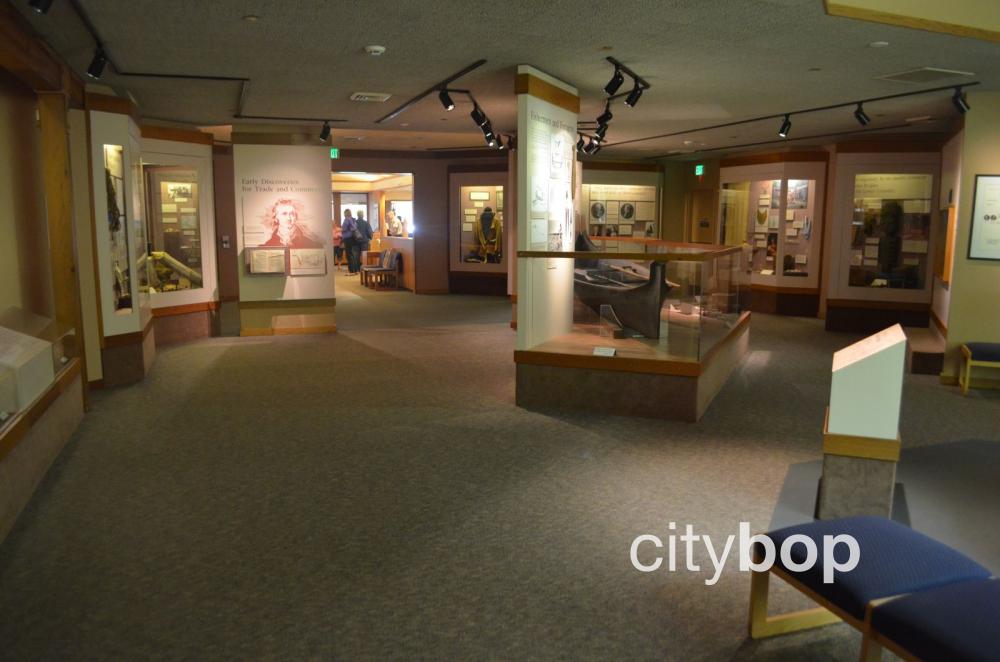 8. Pick up some gifts at the Gift Shop. 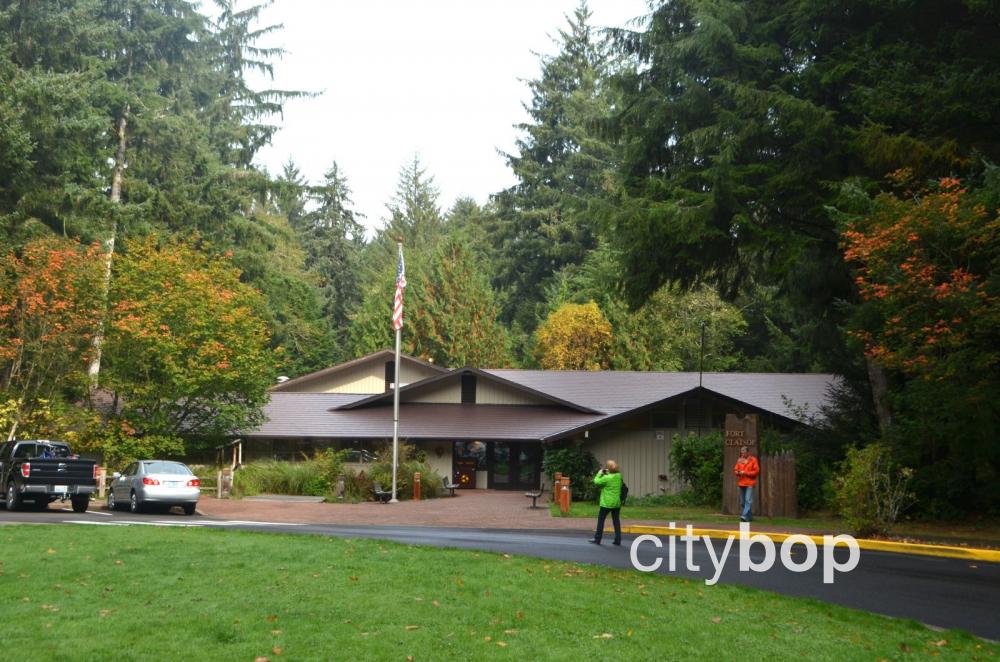 9. Find things to do near Fort Clatsop.

Visit nearby Fort Stevens with a shipwreck, miles of sandy beach, a lake, military museum and abandoned military bunkers to explore.

Stay at the historic, seaport town of Astoria just 10-miles east of Fort Stevens, or the boutique beach town of Cannon Beach 23-miles south.  Astoria has a world-class Maritime Museum, Flavel House historic mansion to tour, the Astoria Column to climb, and beautiful waterfront restaurants like the Bridgewater Bistro or Buoy Beer.