Hug Point is only a 5 minute drive south of the upscale tourist town of Cannon Beach on the Oregon Coast.

It's also easily accessible along Highway 101, so no hike is required.  Visit Hug Point to see ancient sea caves, an enchanting waterfall, and a sandy beach hemmed in by majestic Sitka spruce forest.

5 best things to do at Hug Point Oregon 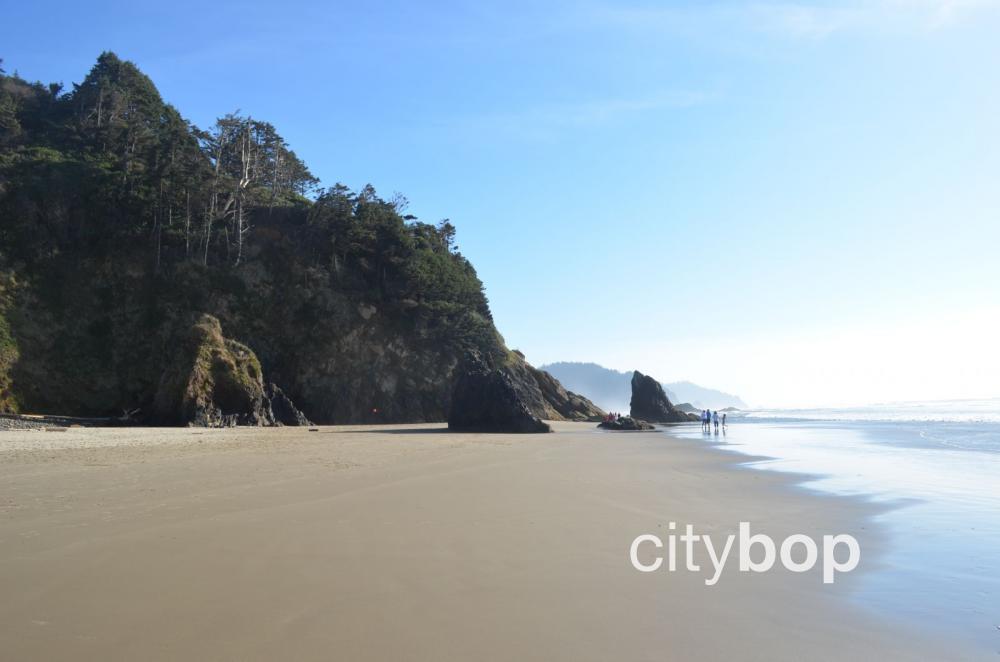 1. Walk a few steps from the parking lot down to the beach at Hug Point.

The parking lot at Hug Point has restrooms, and a small grassed area with picnic tables, however no overnight camping is allowed.  Arrive early in summer months, because it can get super busy. 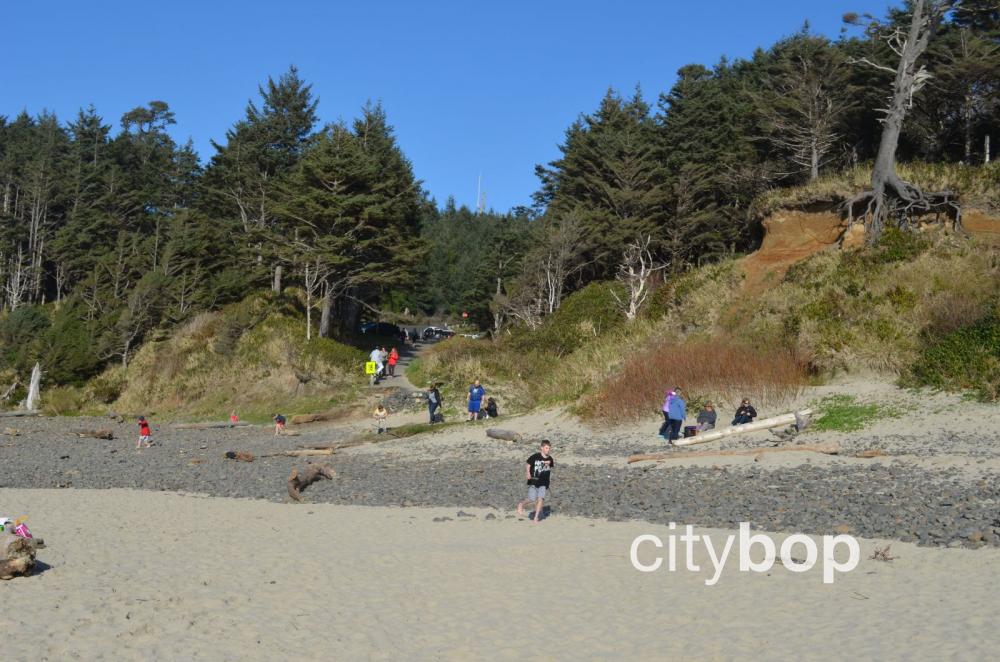 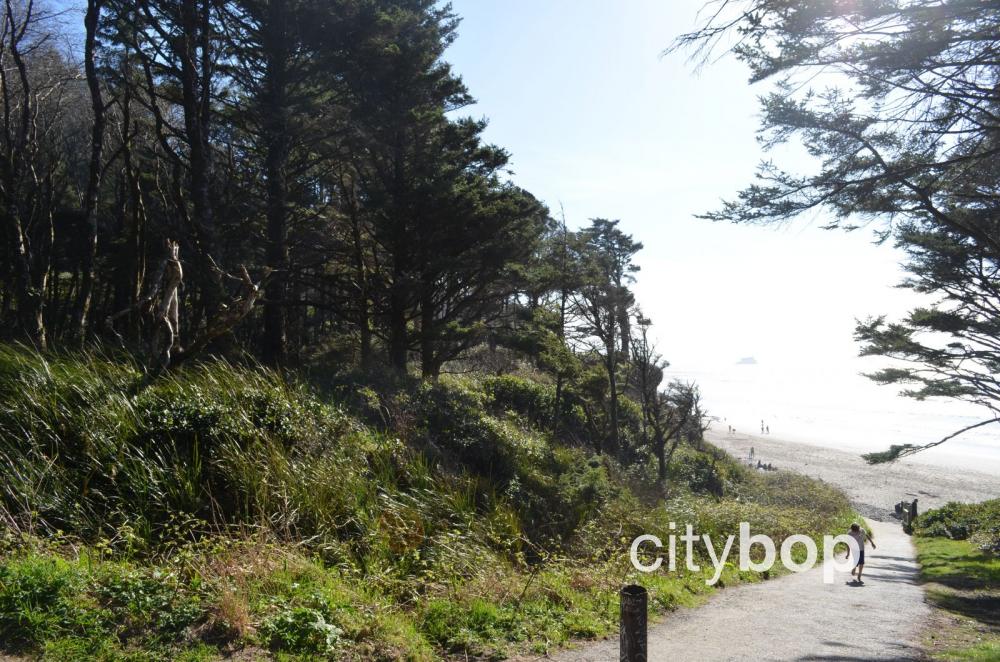 2. Explore a picturesque stream meandering out to the ocean at Hug Point.

The beach at Hug Point is traversed by a lovely stream flowing out to the ocean.  There are also tidepools full of starfish and sea-anemones for exploration. The foreshore of the beach is a little rocky, but gives way to smooth sand. 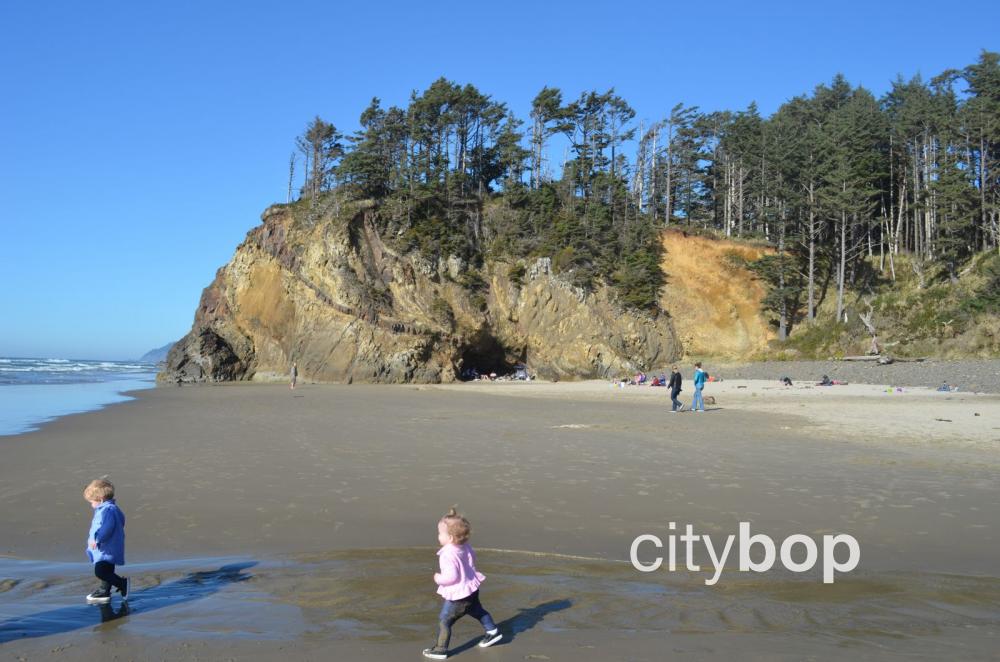 Look closer at the caves carved into the magnificent, sandstone cliffs.  Caves were formed where the softer sandstone was eroded by waves from winter storms, millions of years ago. 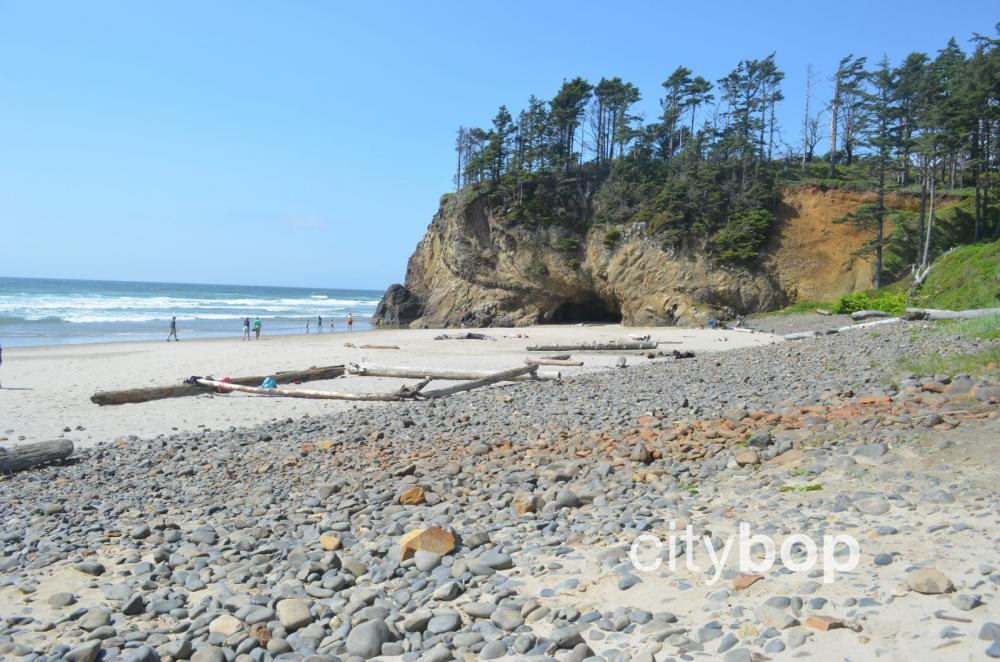 4. Walk out to a waterfall at Hug Point. 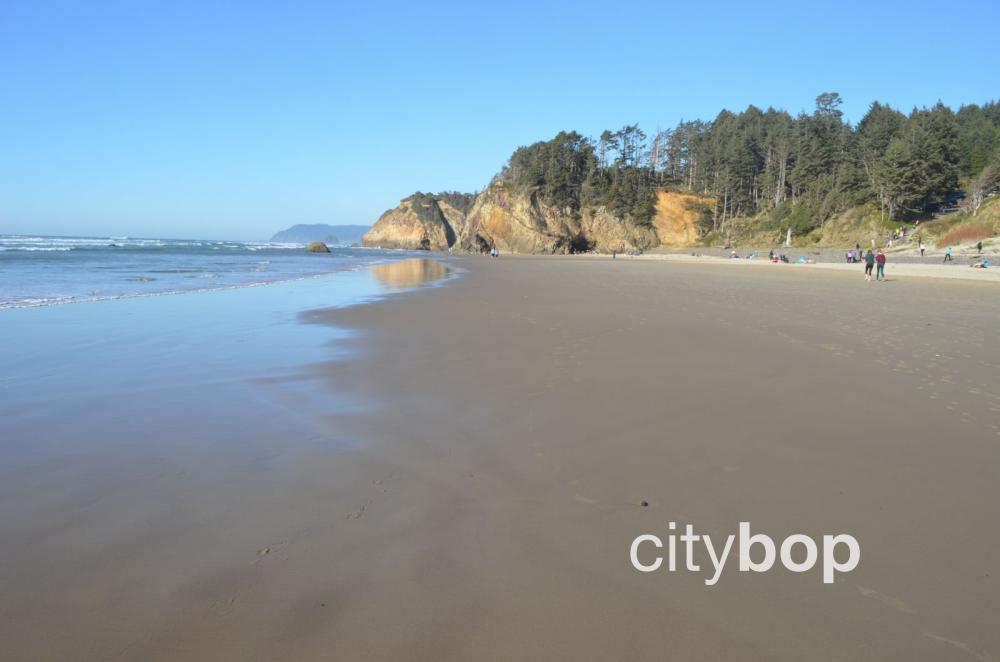 5. Experience magnificent views all the way south down the Oregon Coast. 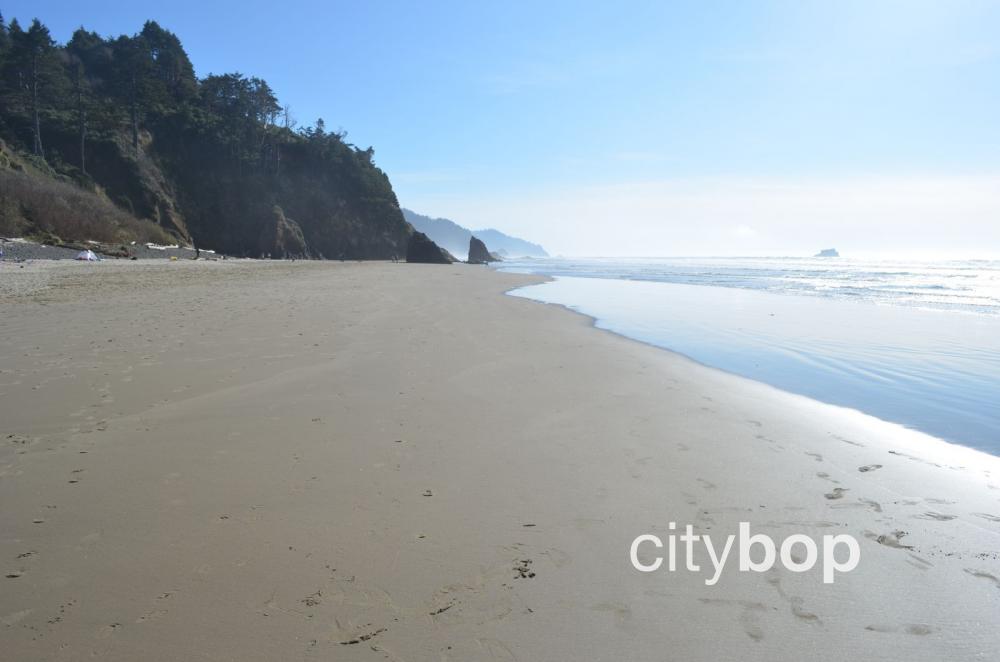 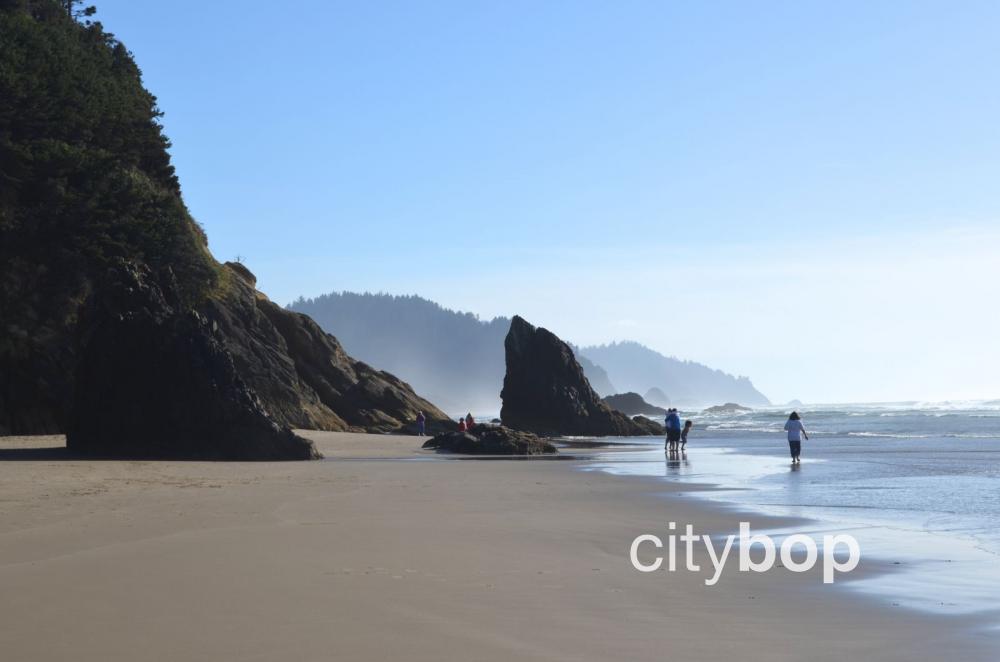 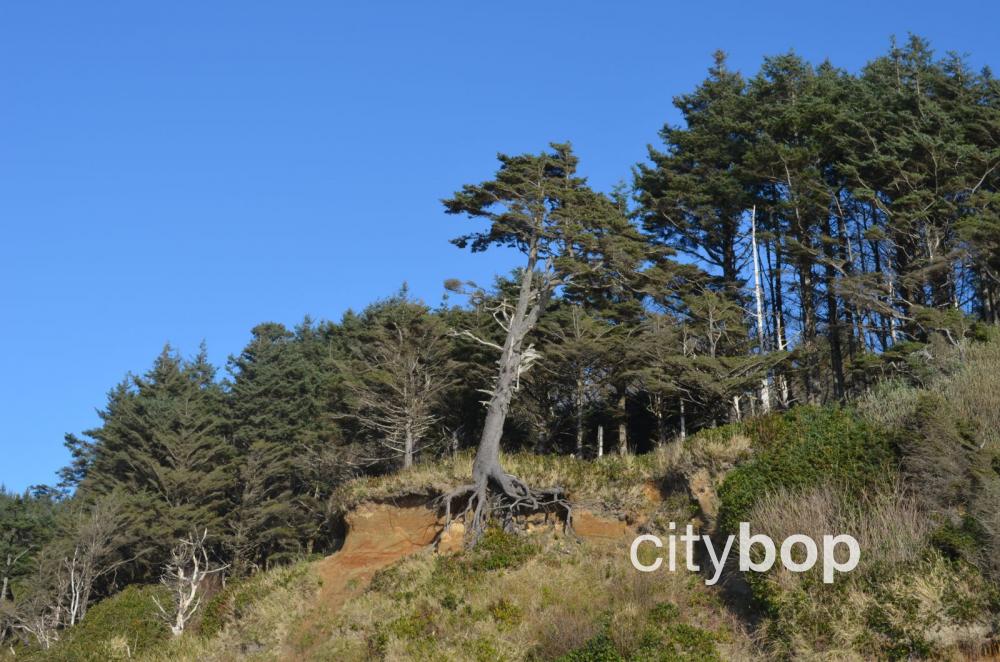 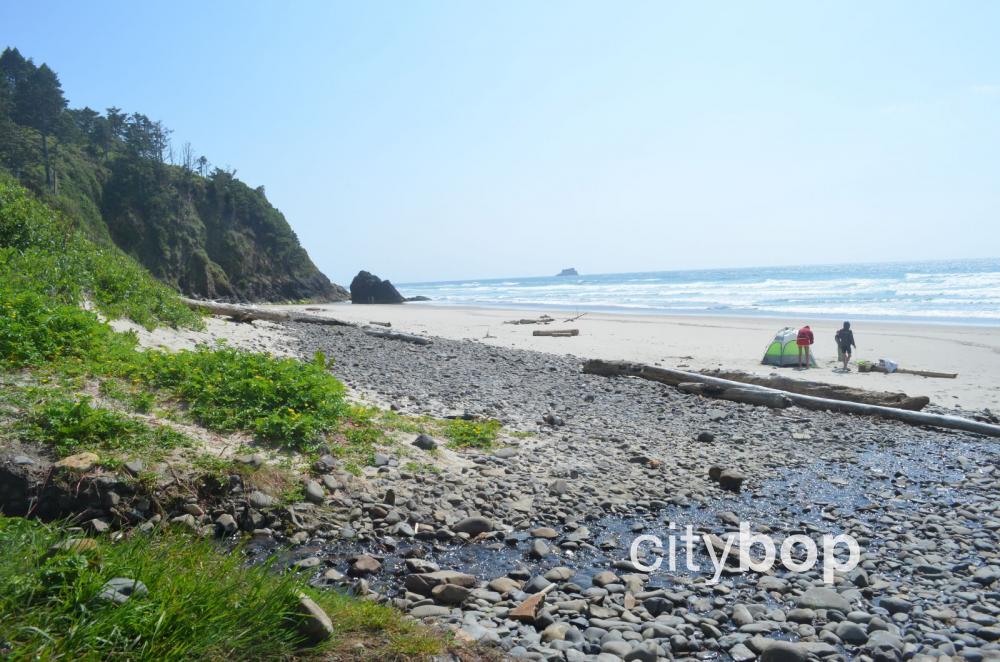