The Columbia Gorge Discovery Center is 1.5 hours east of Portland Oregon in The Dalles, on the shores of the Columbia River.

This beautiful museum has fascinating exhibits and theater presentations on the history and geology of the Columbia River Gorge.

You can learn how the Missoula floods carved out the Columbia Gorge in the last Ice Age, and see models of extinct creatures like a Columbian Mammoth. There's also some great exhibits on the 10,000 year history of Native Americans in this area, the Lewis and Clark Expedition that canoed through here in 1805, and a cool model of a pioneering town in Wasco County to walk through.

When visiting the Columbia Gorge Discovery Center, stay overnight at the nearby Celilo Inn, and enjoy a meal overlooking the Columbia River at the fun Bargeway Pub (check museum hours & tickets).

10 best things to do at Columbia Gorge Discovery Center.

The 48,000 square foot museum is housed inside a sleek modern building completed in 1997, that received multiple awards from the American Institute of Architects, with basalt walls and a 30-foot wall of windows. 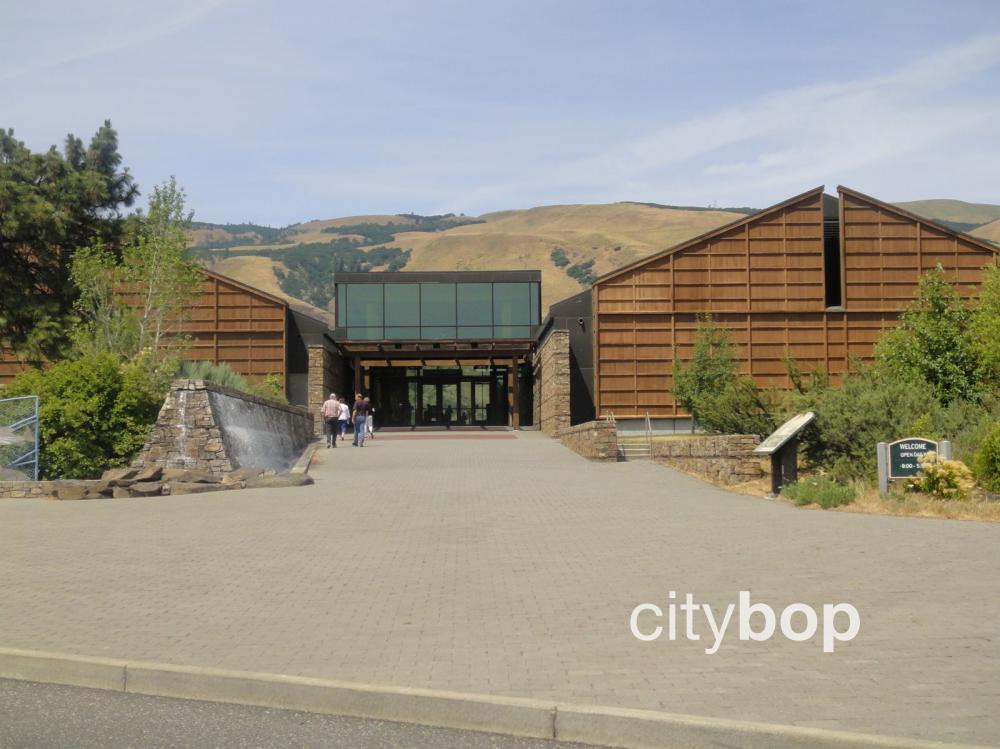 The beautiful lobby of the Columbia Gorge Discovery Center, depicts the Columbia River on its journey towards the Pacific Coast. This is a popular gallery for temporary exhibitions or talks. Don't miss the Birds of Prey show, for an up-close experience with a member of the raptor species, like an owl, falcon, hawk or eagle. 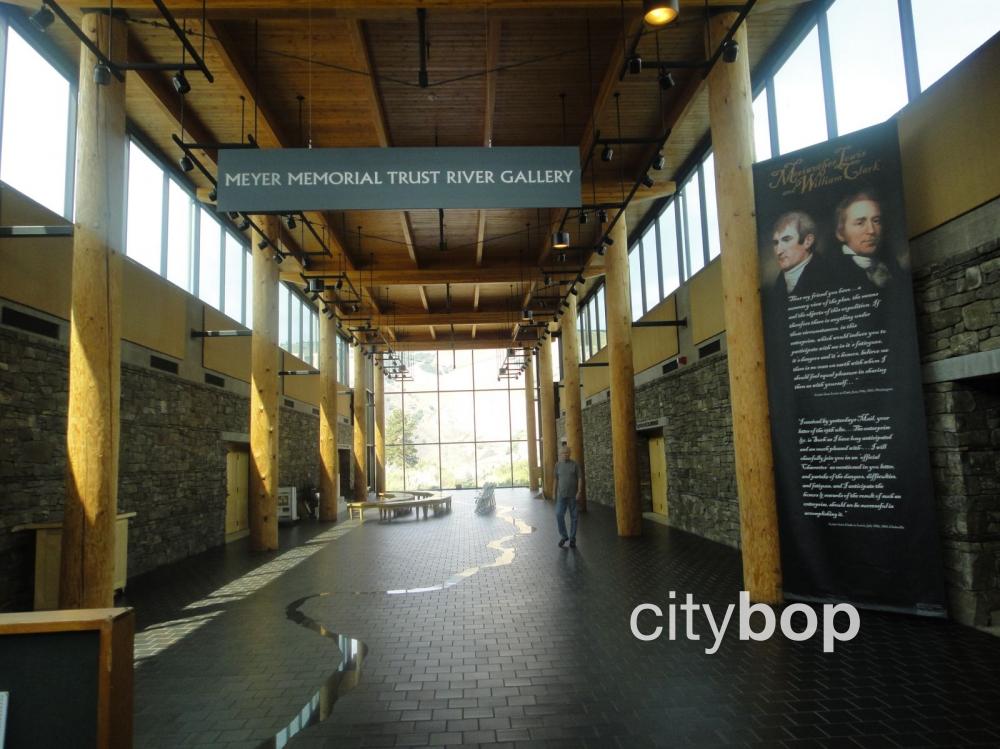 The Columbia Gorge Discovery Center has an impressive full scale model of a township modeled on The Dalles, where the museum is based.

The Dalles has played a pivotal role in Oregon's pioneering history, starting when Lewis and Clark passed through here in 1805 on their famous expedition to the Pacific Coast. This laid the groundwork for The Dalles to become the gateway to the Western frontier.  The town grew in wealth as the last stop of the Oregon Trail, and then the 1850s gold rush.  Further prosperity continued with the flow of cargo and passengers during the steamboat era. 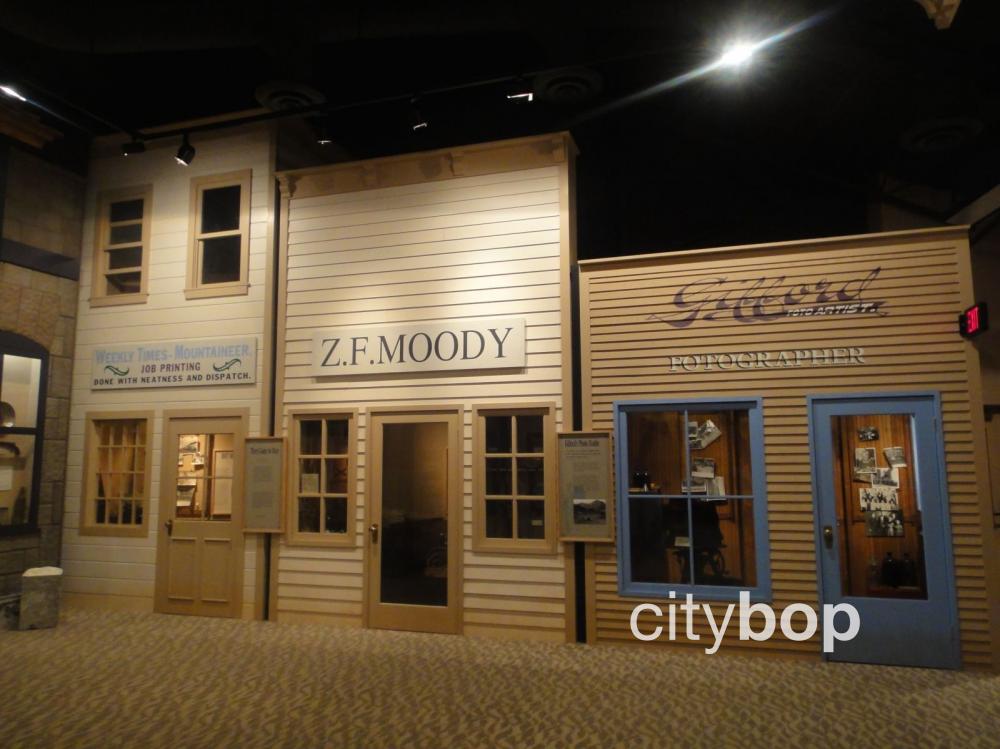 The Columbia Gorge Discovery Center has recreated the opulent Umatilla House hotel in The Dalles, known as the "best hotel north of San Francisco".  It opened in 1857 near the steamboat landing, and was rebuilt twice after fires in 1878 and 1879.  This giant hotel had 126 rooms, a massive dining room that could seat 250, and soaring views of the Columbia River.  The hotel eventually fell into decline, and was razed in 1929. 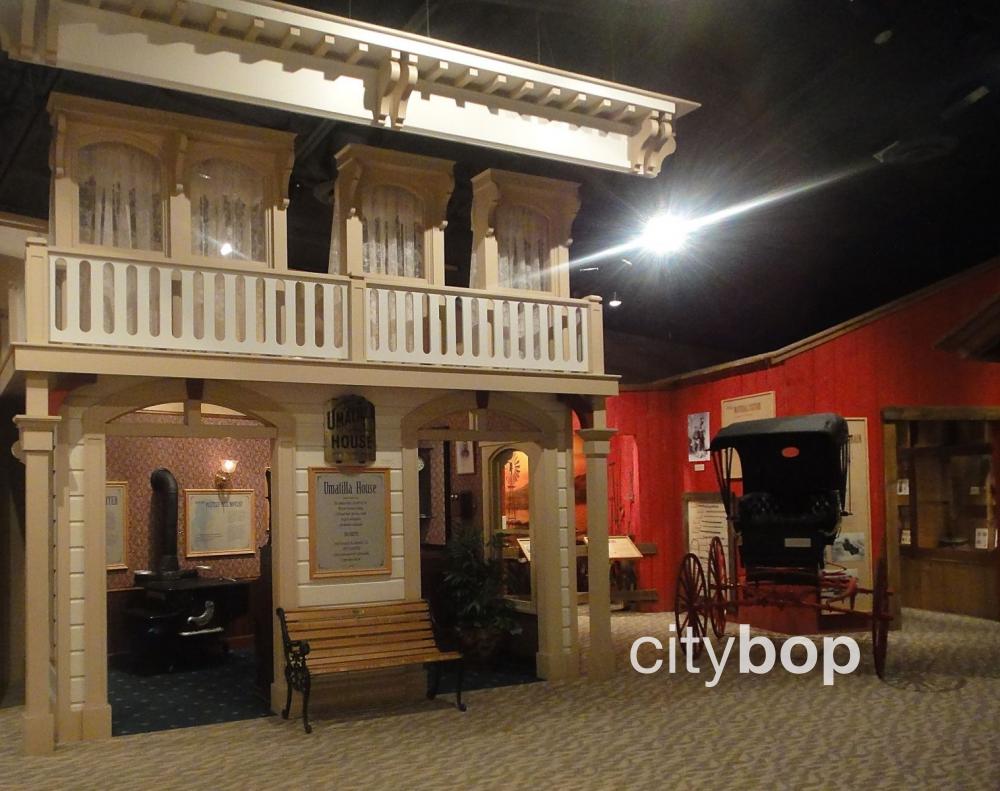 5. Learn about the golden era of steamboats on the Columbia River.

The steamboat era arrived in 1850 with a series of independent operators, where wheat and wool were transported from inland farms near The Dalles, downstream to Portland and Astoria.  Revenue was also generated from passengers like miners participating in the Gold Rush.

The monopolistic Oregon Steam Navigation Company was formed in 1860, controlling the lion's share of the steamboat business. At the height of its operations, the Oregon Steam Navigation Company had eighteen boats on the river. However, the steamboat era was shortlived, eventually supplanted by more efficient modes of transportation like the railways. 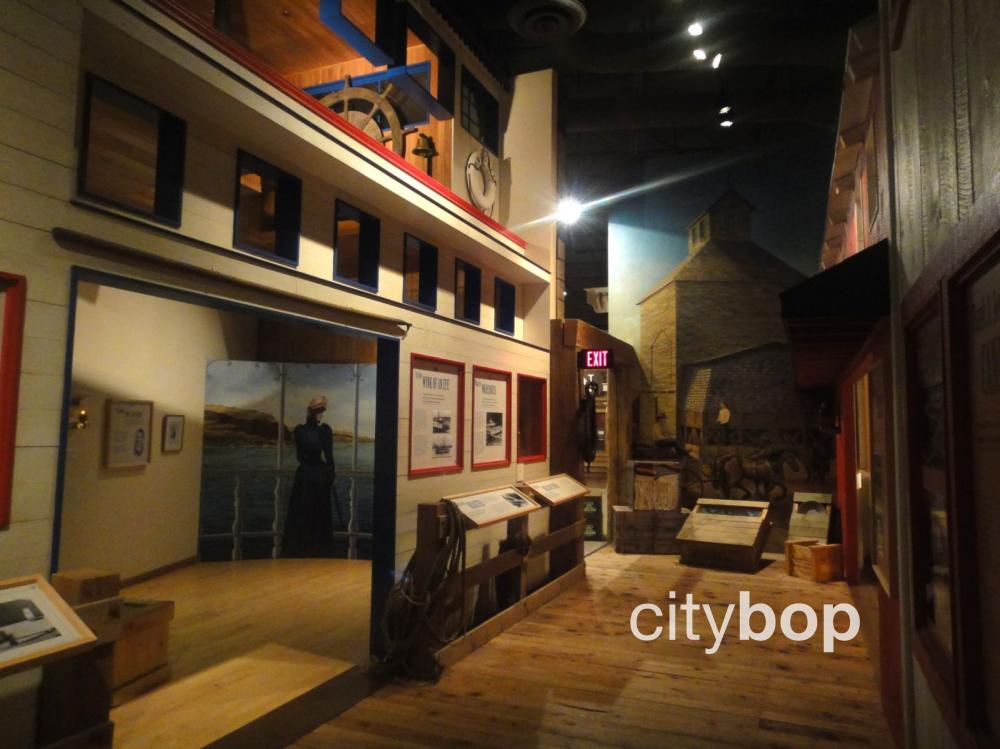 6. Ride along America's first ever scenic highway, in the Columbia Gorge.

Another great exhibit at the Columbia Gorge Discovery Center, focuses on the Columbia River Scenic Highway running from Troutdale to The Dalles.  The highway was constructed as a scenic route for motorists, to experience the incredible waterfalls, soaring basalt cliffs, and lush interior of the Columbia River Gorge, and was the first scenic road in America. The first section of the highway opened in 1915, and was considered an incredible engineering feat. 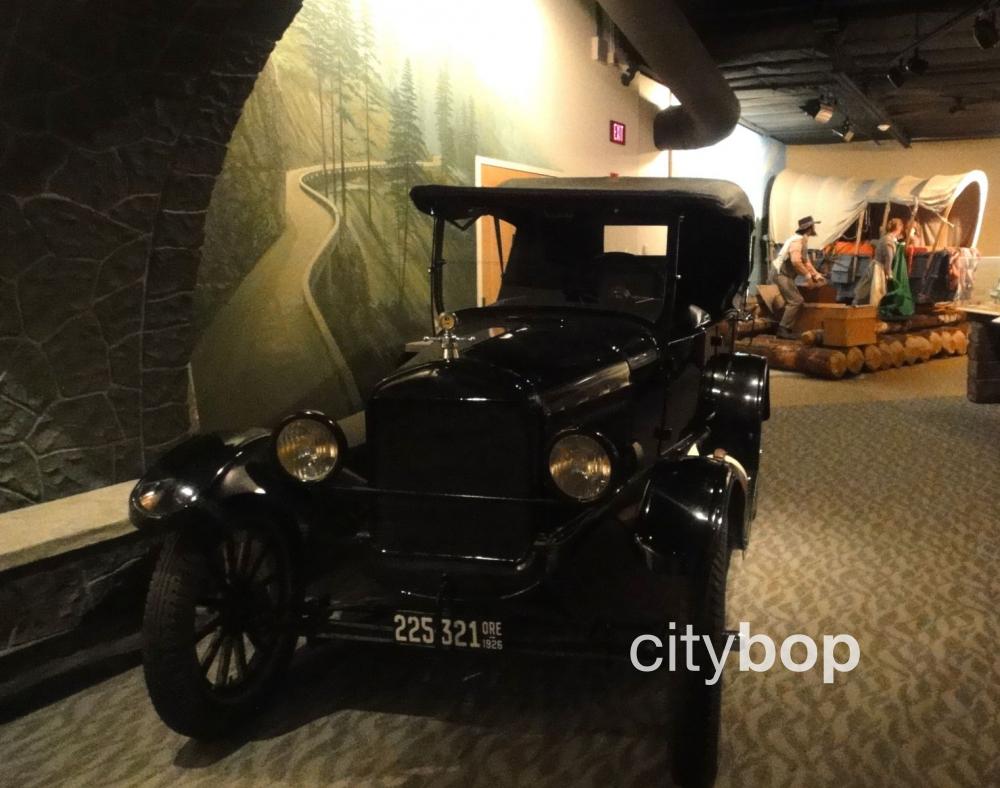 7. Stand in awe of the Columbian Mammoth.

The Columbia Gorge Discovery Center has a popular exhibit on the Columbian Mammoth, that roamed these lands 10,000 to 11,000 years ago, and was eventually hunted to extinction.  This huge animal could weight up to 10 tons, and stand 15 feet tall! 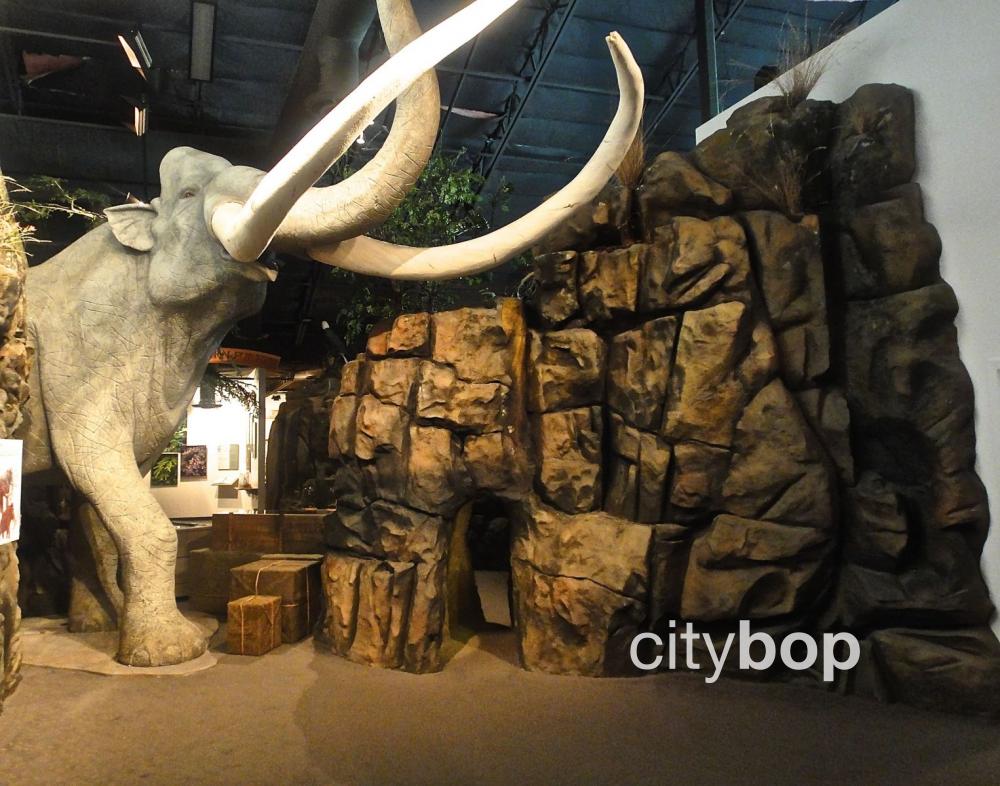 Each long, curved tusk on a Columbian Mammoth could be up to 13 feet long! 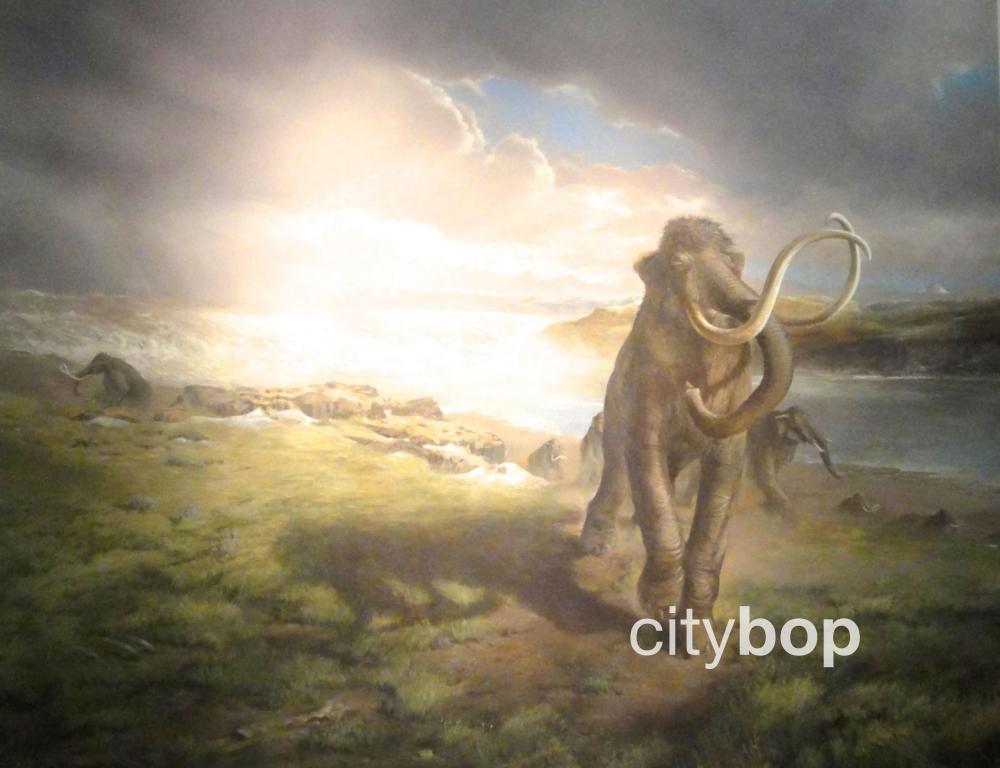 8. Learn about the tragic destruction of the magnificent Celilo Falls.

The Dalles Dam was constructed in the 1950s, tragically submerging the stunning Celilo Falls behind it.  The Celilo Falls was a traditional fishing ground and ceremonial meeting place for Native Americans, spanning 140 feet long in a series of dramatic cascades. 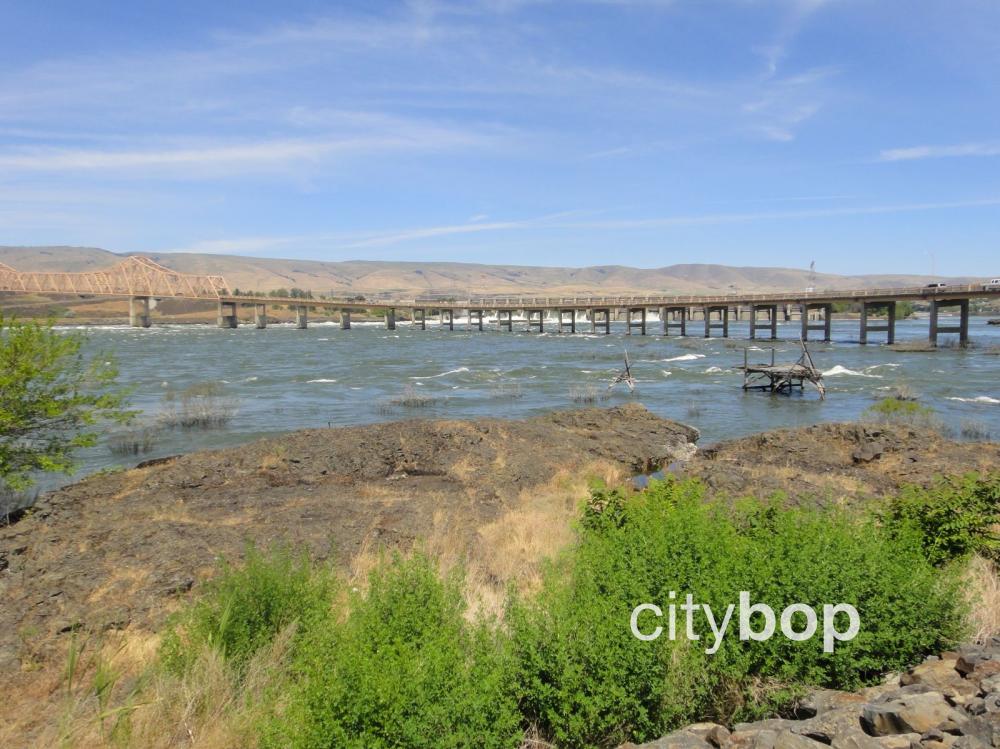 The Dalles Bridge is pictured in-front of the Dalles Dam.  This steel cantilever truss bridge has a length of 0.6 miles. 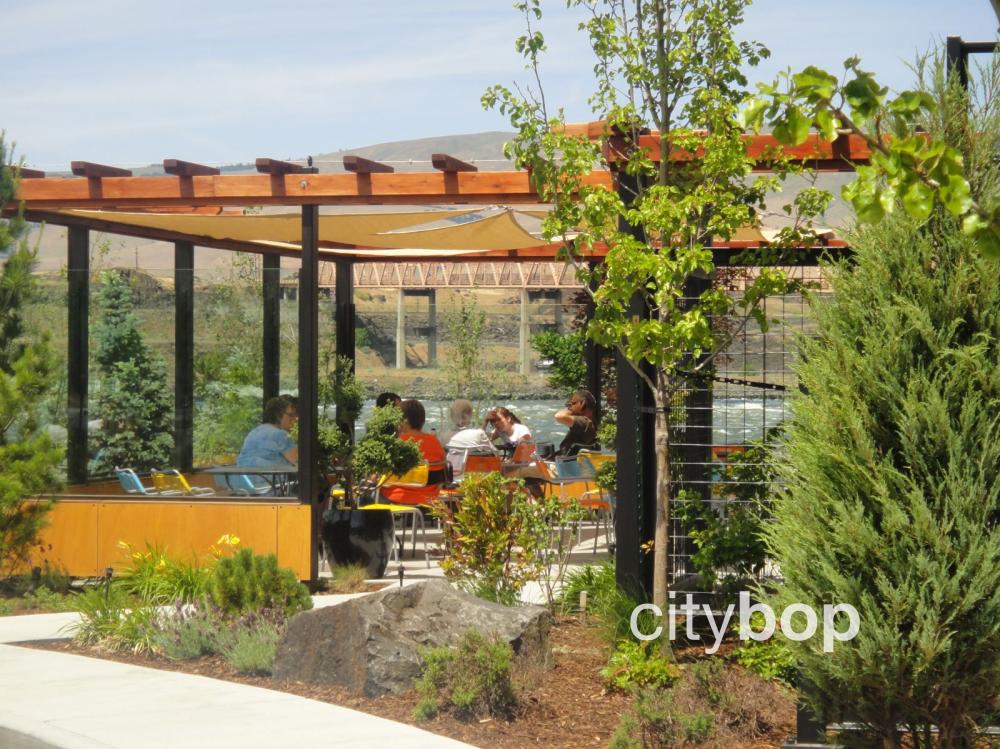 The Spa at Water's Edge (551 NE Lone Pine Boulevard) once provided a closer look at the Dalles Bridge and Dam.  The spa closed during the Coronavirus Pandemic in 2020.

9. Stop for a meal at the museum's Basalt Rock Cafe.

After touring the Columbia Gorge Discovery Center, stop for lunch or a snack at the onsite Basalt Rock Cafe.

10. Stay nearby at a retro motel with a swimming pool and cool views.

The Celilo Inn is on a bluff overlooking the Dalles Dam, and is one of the most popular lodging options in town.  The renovated rooms have soaring views of the river, and there's a refreshing seasonal swimming pool for a dip.  Sit outside near the firepit on the shared patio, and watch the gorgeous sunsets. 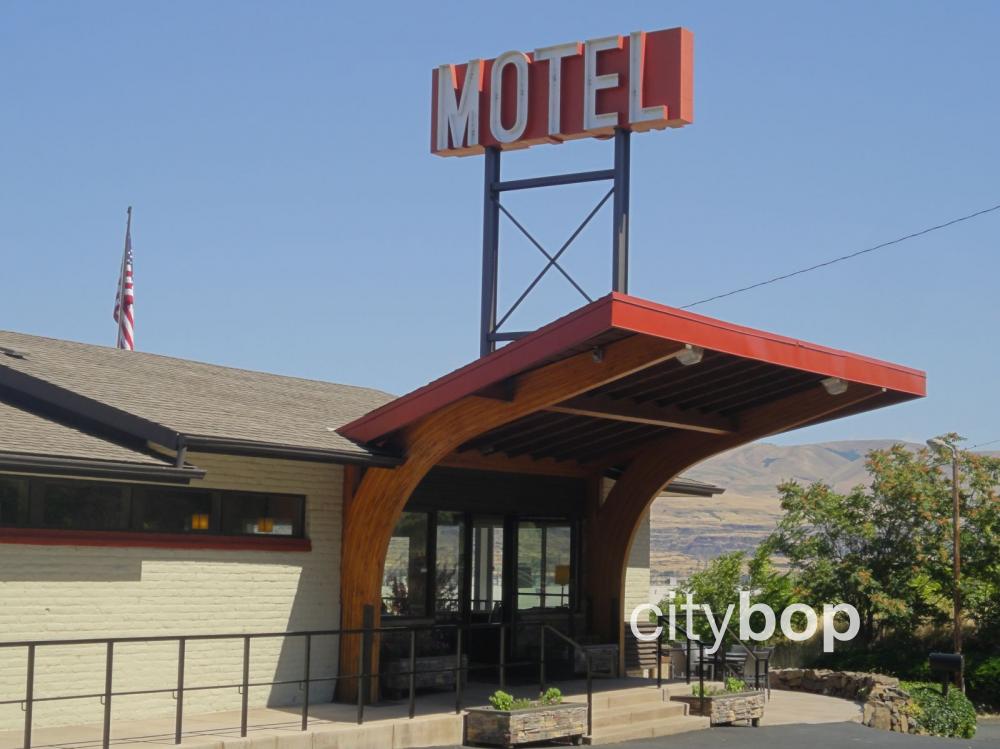 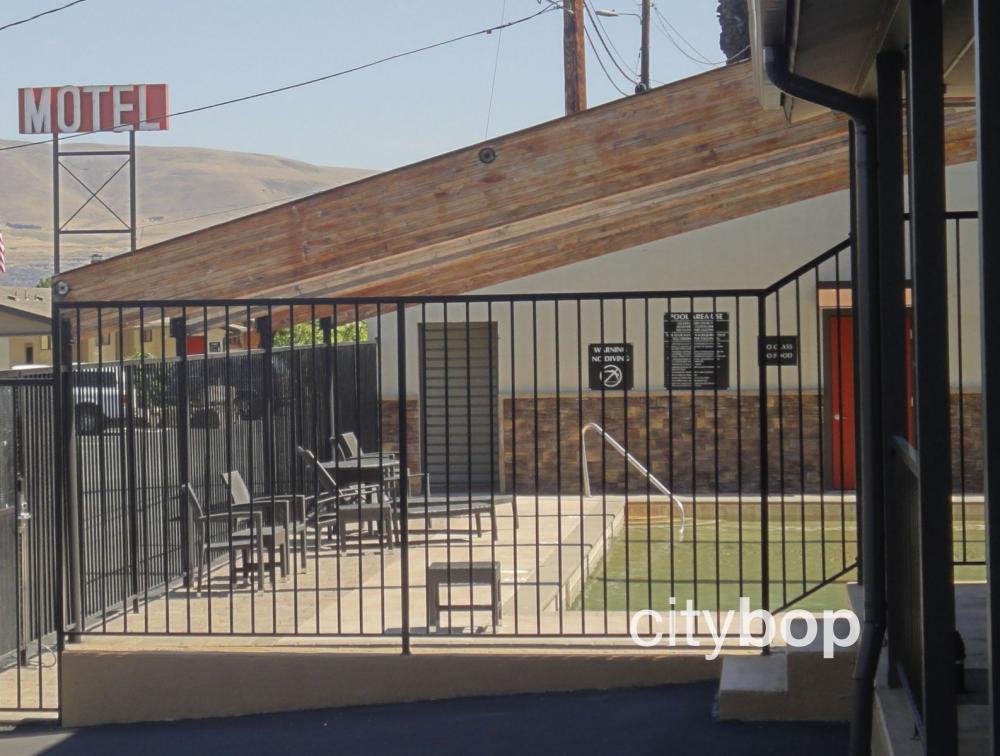 10 other things to do in The Dalles.

Fun things to do in other nearby areas.

Drive 30 minutes to the award winning Maryhill Winery, and the exceptional Maryhill Museum art gallery, both with breathtaking locations on a bluff overlooking the Columbia River.

Stay at the lovely Hood River Township and enjoy riverside restaurants like pFriem Brewery and Solstice Wood Fire Pizza on Portway Avenue.  Just across the road is a fabulous playground.  In summer the sandy river beaches are full of visitors soaking up the sunshine.

Explore different wineries along the Hood River Winery Loop.  This incredible loop takes you along bucolic country roads with magnificent views of snow-capped Mt Hood.  It feels like a slice of Europe in Oregon.

Finally, travel along the Historic Columbia River Highway from Troutdale to Dodson to explore key sights along the Columbia Gorge, including spectacular Multnomah Falls. Please note that a Timed Ticket Reservation might be required to visit Multnomah Falls. Also, a new Timed Vehicle Access Permit is being introduced from late May through early September, to drive along the Historic Columbia River Highway.