La Jolla Cove is one of the best snorkeling and diving destinations in California, with crystal clear waters.

The cove is flanked by dramatic sandstone cliffs, with stairs leading down to the beach. It's the most popular of La Jolla's famous beaches, so be prepared for crowds.

There are picnic tables, showers and restrooms on the clifftop above La Jolla Cove, and on-street parking is available on Coast Boulevard.

5 best things to do at La Jolla Cove

La Jolla Cove has two artificial reefs to keep the water calm, making it perfect for snorkeling and scuba diving.  Visibility can sometimes reach over 30-feet in these pristine waters.  There are plenty of places to rent snorkeling gear or organize a diving tour at La Jolla, and all experience levels are welcome. 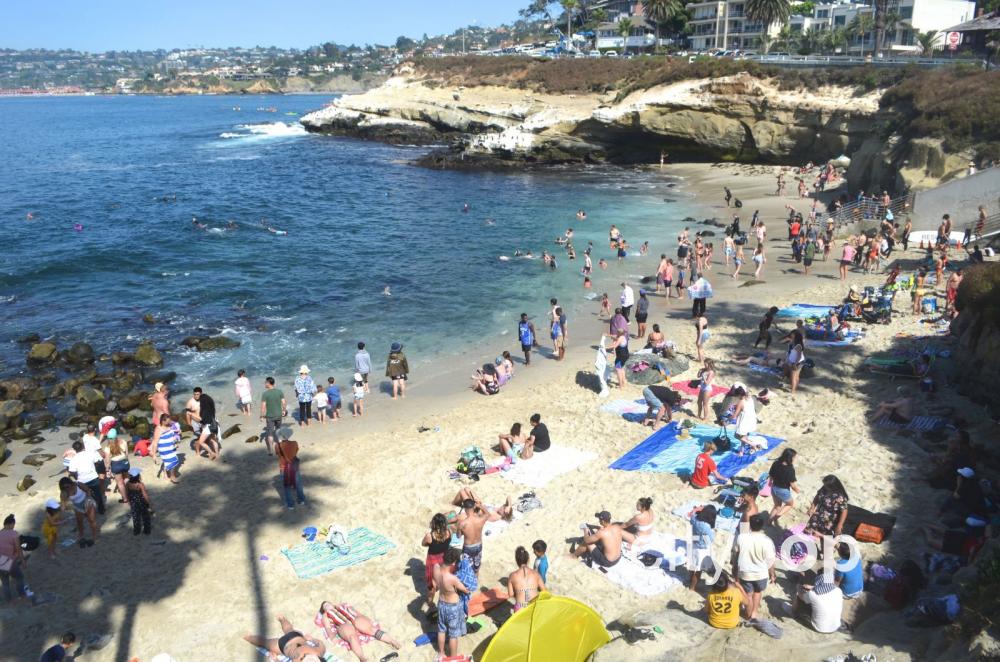 2. Check out the sea lions and seals on the surrounding rocks.

Prepare to be overwhelmed by the barking sounds of the playful sea lions!

Sea lions and seals are great for a photo, but always keep a safe distance from these wild creatures because they can bite if provoked.  So how can you tell them apart? The easiest way is compare their ears.  Sea lions have an ear flap, whereas seals only have an ear hole. 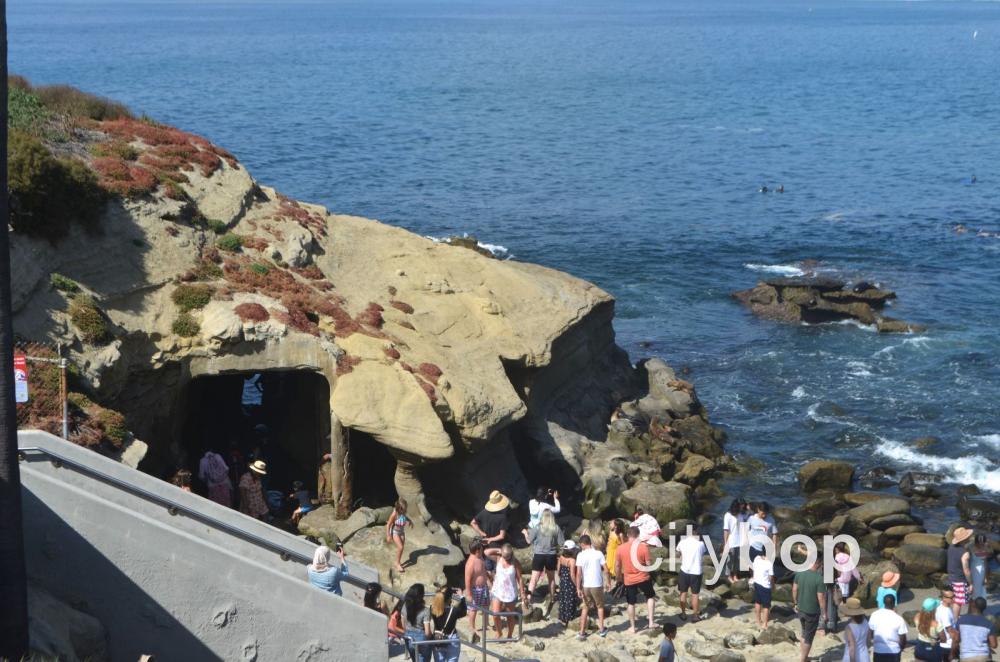 3. Sunbathe on the golden sands.

Find a spare patch of sand, lay out your towel, and soak up the glorious sunshine at La Jolla Cove. 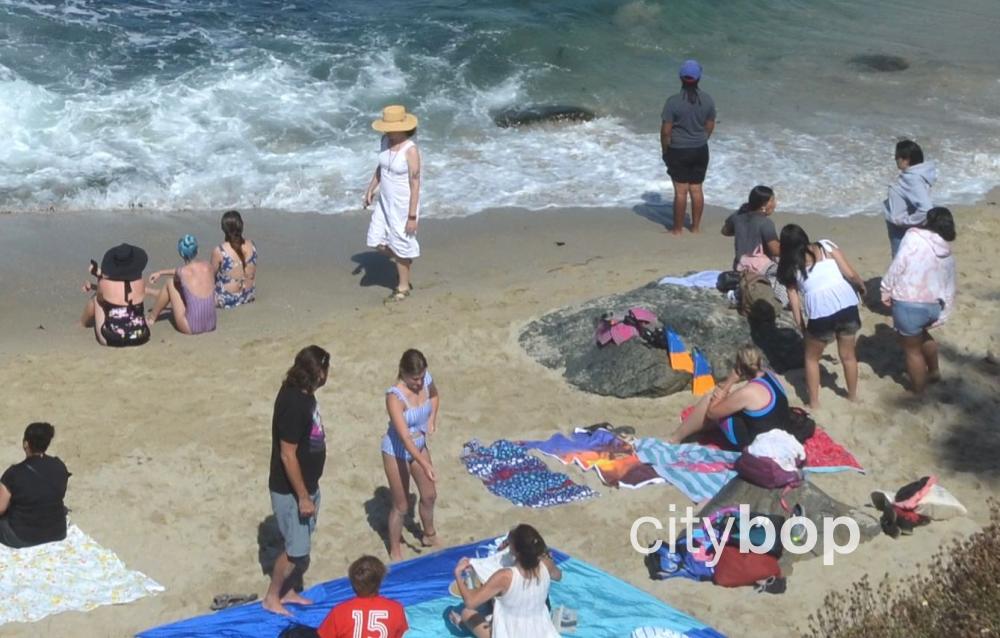 Other popular beaches in this area include La Jolla Shores beach, the Children's Pool Beach, and Windansea Beach.

Many people enjoy swimming in the calm waters of La Jolla Cove, and La Jolla cove is usually manned by life guards.

The best months to swim at La Jolla Cove are July, August and September, when water temperature can get up to the high 60s. However surfboards and boogie boards are banned because this is a marine reserve. 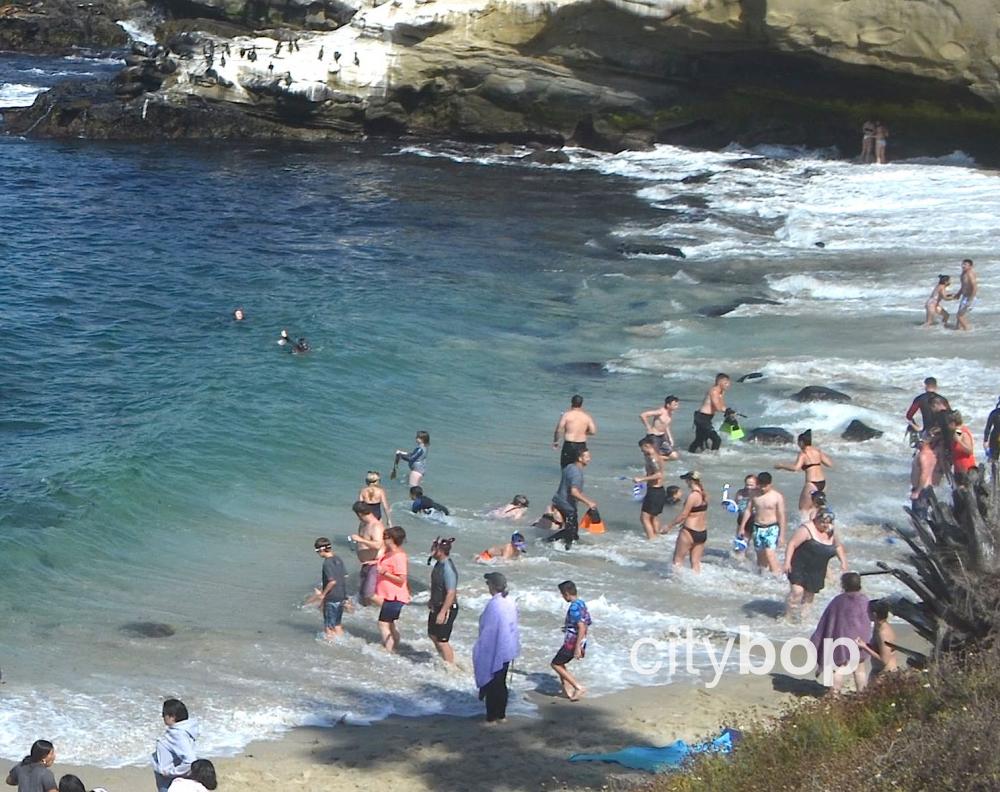 Choose from a wide range of restaurants and cafes at charming La Jolla village, especially along the main thoroughfare at Prospect Street. 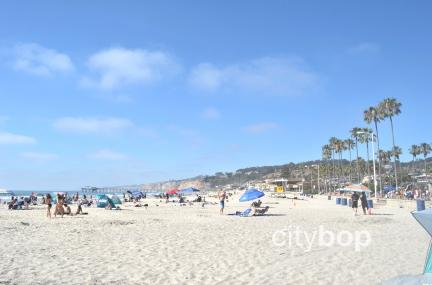 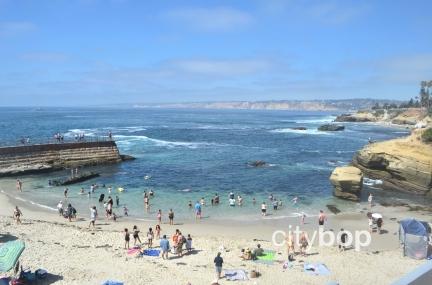 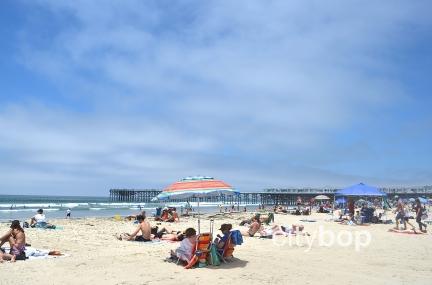 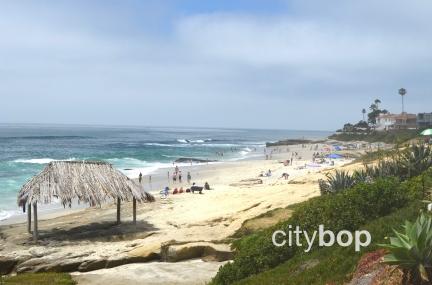