Visit the awesome San Diego Model Railroad Museum, in Balboa Park.  The museum is huge, with 27,000 square feet of space.

See four different model railroads based on Southern California's most famous railways! The museum is a labor of love, with each layout constructed by four train clubs.

Did you know that San Diego has long been a destination for train enthusiasts?

The first model railways were displayed at the 1935 California Pacific International Exposition in San Diego by Minton Cronkhite, considered a pioneer in model railroading.  His attention to detail transformed model railroads from kids' play, to a serious hobby, and he created some of the first scale model trains in the world.  His example then spawned the creation of model railroad clubs in San Diego.

Some of these Southern Californian lines are probably familiar to you.  Maybe you've even ridden a train on them!

2. The Railroad Museum in the lower level of the beautiful Casa de Balboa Building, at Balboa Park.

Take the stairs down to the San Diego Model Railroad Museum to purchase tickets.

3. See if you can recognize well known San Diego buildings from the track that runs through downtown.

4. See a 142 foot long model of the San Diego and Arizona Eastern line based on what it looked like in the 1950s, that runs east from San Diego to El Centro near the Mexican border.

5. View a model of the Cabrillo Southwest line based on what it looked like in 1955, that runs from San Diego to Sacramento.

7. Check out the incredible detail inside the buildings.

The craftsmanship is meticulous, with realistic scenery and miniaturized buildings. Peer inside the buildings to see beautifully decorated interiors.

Can you see Superman at the top of the Santa Fe Depot station?

8. Can you see the Tehachapi Pass line passing through the Sierra Nevada Mountains? There's even a model of the famous Tehachapi Loop that trains used to achieve a 2% grad ascent through the steep mountains.

10. Load up on train-themed gifts and toys at the cool gift shop afterwards. 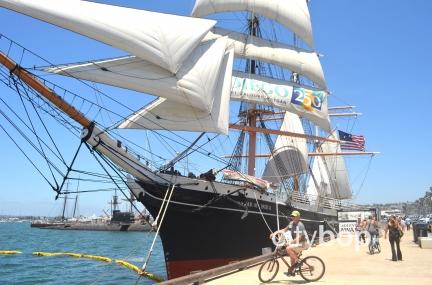 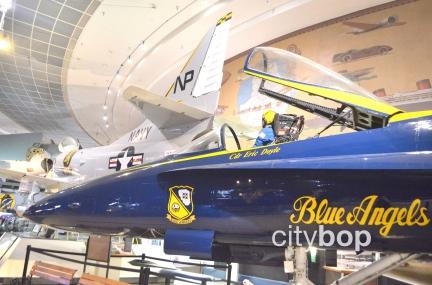