Explore some of Washington State's most dramatic coastline and incredible vistas at Cape Disappointment.

Cape Disappointment is 3 hours south of Seattle, and is where the famous Lewis and Clark expedition of 1804 -1806 first reached the Pacific Ocean.

Cape Disappointment was named a few years earlier by British fur trader John Muir, when he missed the entrance to the Columbia River during a winter storm in 1788.

10 best things to do at Cape Disappointment

1.  Climb to the top of stunning North Head Lighthouse. 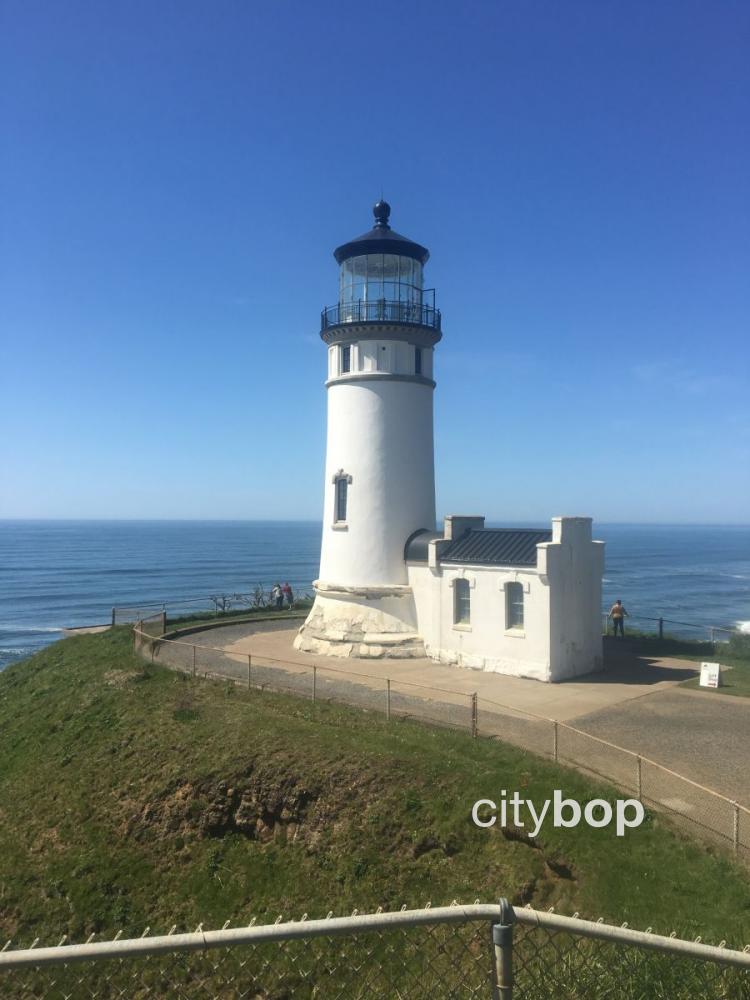 The North Head Lighthouse at Cape Disappointment is open for tours, and you can climb the 69 stairs to the lantern room for superb views.  (Note that children under 7 years of age aren't permitted to climb the stairs). 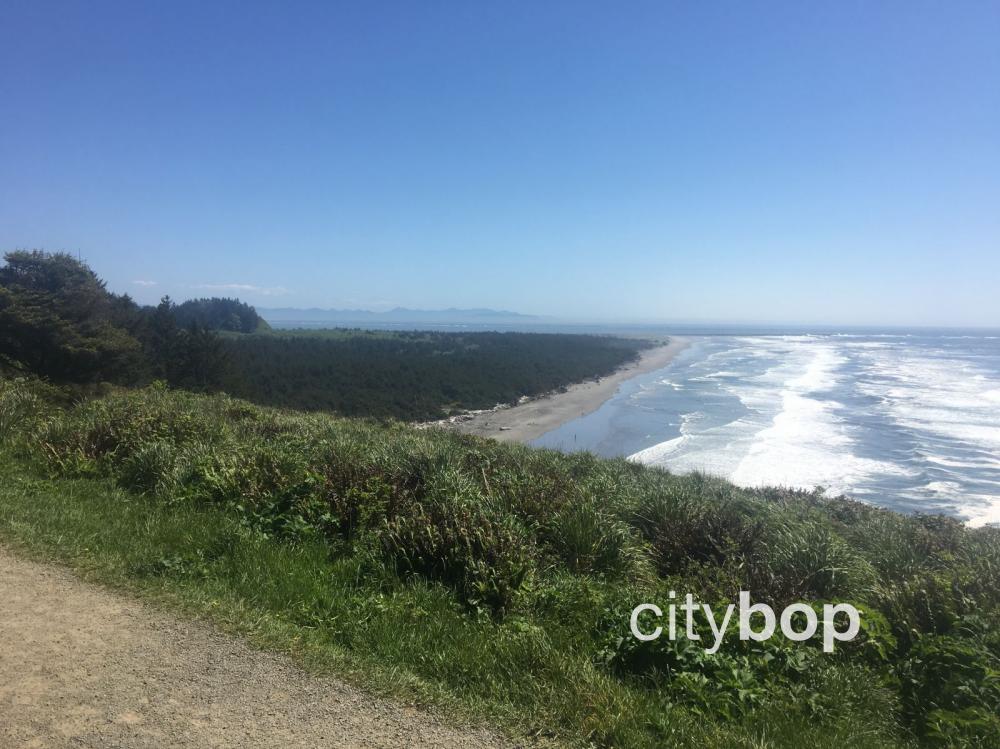 On a clear day, the North Head Lighthouse has spectacular views of Benson Beach and the Columbia River, all the way down to the Oregon Coastal Range.

The long fingers of the rocky North and South Jetties at Cape Disappointment are also visible from this viewpoint. These jetties were constructed to provide safe harbor for ships entering the Columbia River from the Pacific Ocean, by leveling out the dangerous sand bars.  The North Jetty on the Washington State side is 2.5 miles long, and the South Jetty on the Oregon side extends 6.6 miles. 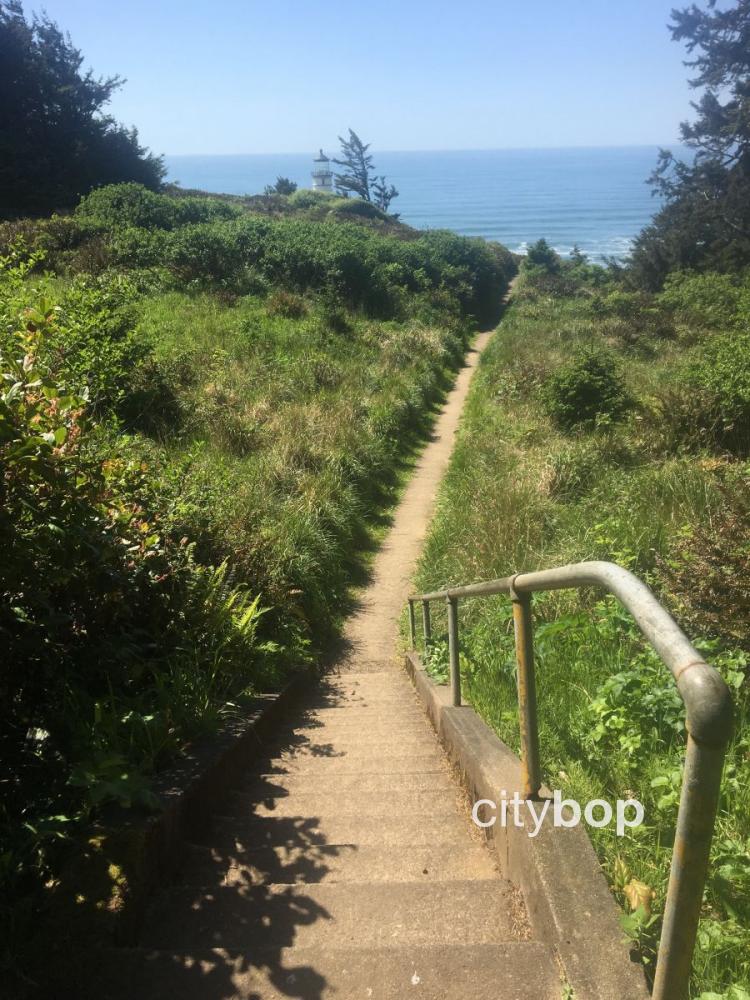 North Head Lighthouse is an easy 10-minute walk from the parking lot, past the two Lighthouse Keeper's dwellings that are available as vacation rentals.

2. Walk out to Cape Disappointment Lighthouse. 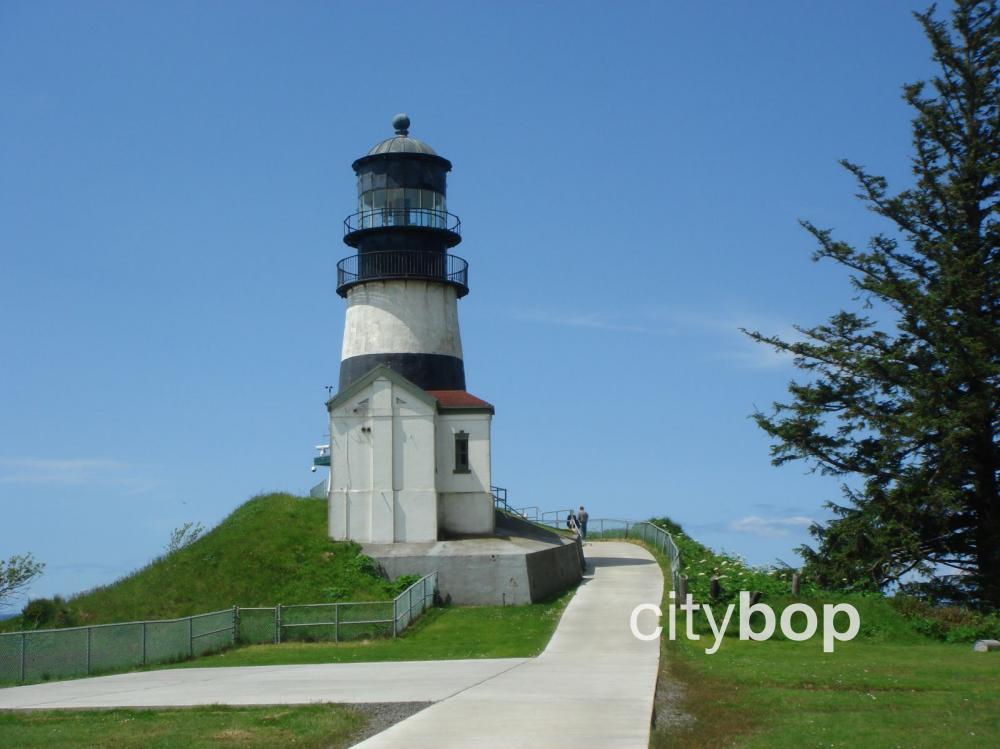 It's a 25-minute walk from the parking lot at the Lewis and Clark Interpretive Center, to the Cape Disappointment Lighthouse.  The walk can be physically taxing, and winds through lush coastal forest past Dead Mans Cove, with a final ascent to the lighthouse.  Once there, the lighthouse is not open for tours, instead managed by the US Coast Guard Station who respond to 300-400 distress calls in this area each year.  The viewing platform on the lighthouse is used for the US Coast Guard to monitor ocean conditions.

If you're not up for a vigorous walk, then the Cape Disappointment Lighthouse can also be viewed from the observation deck at the Lewis and Clark Interpretative Center. 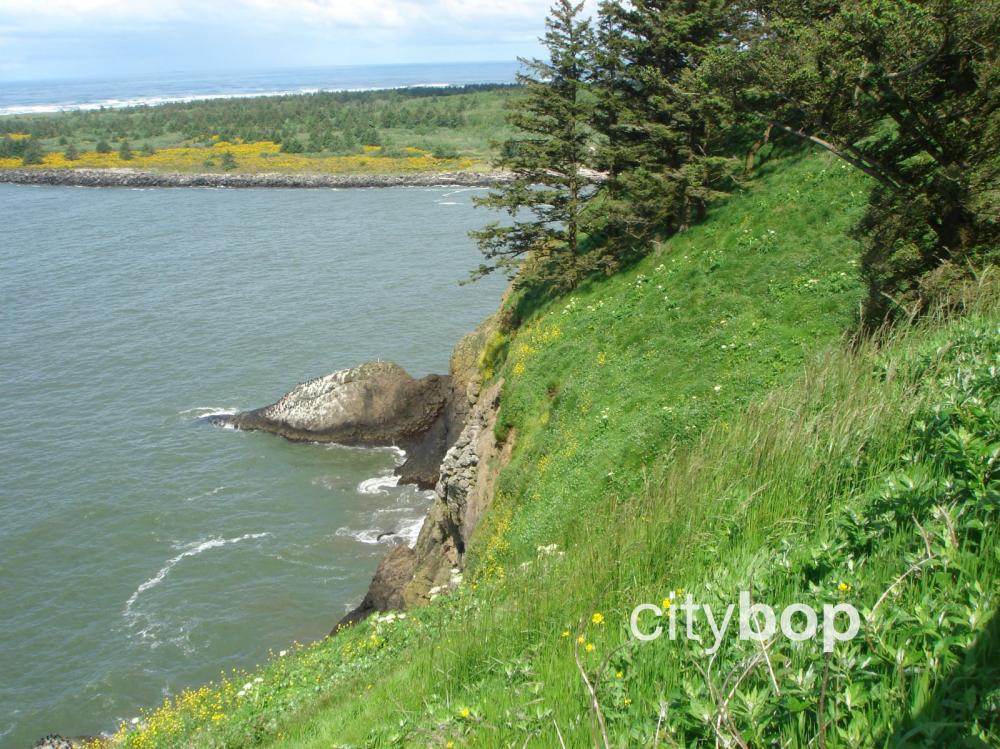 This is a view of the rocky North Jetty from the Cape Disappointment Lighthouse, with Benson Beach behind it. 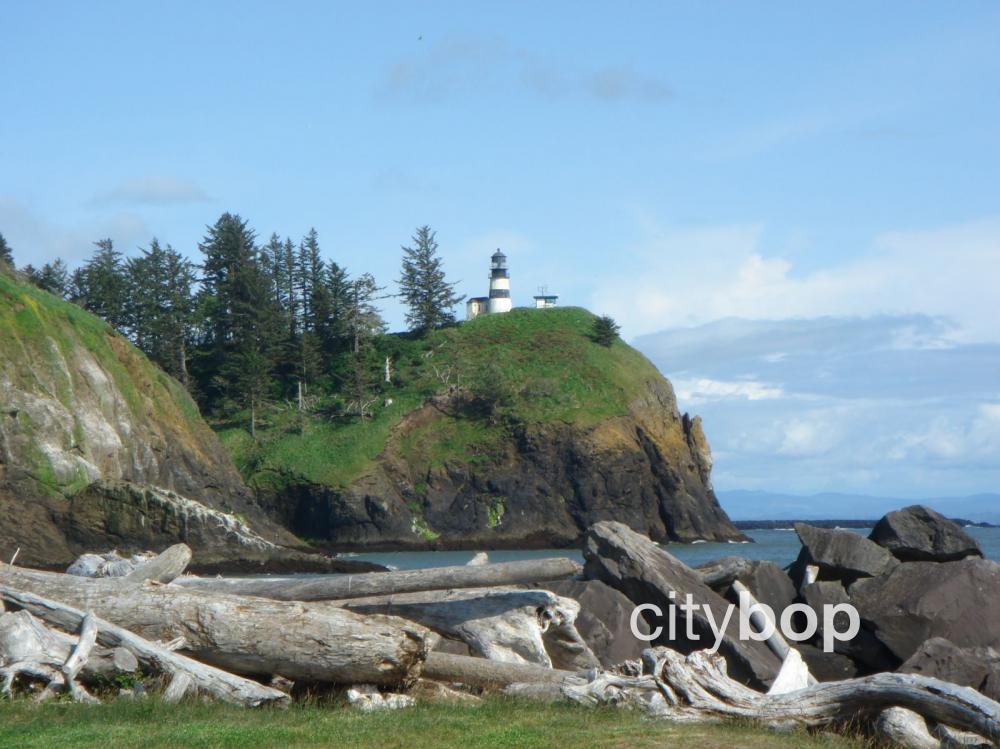 The enchanting Dead Man's Cove is on the trail to the Cape Disappointment Lighthouse.  This picturesque cove has a sad history, as many bodies washed up here after shipwrecks. 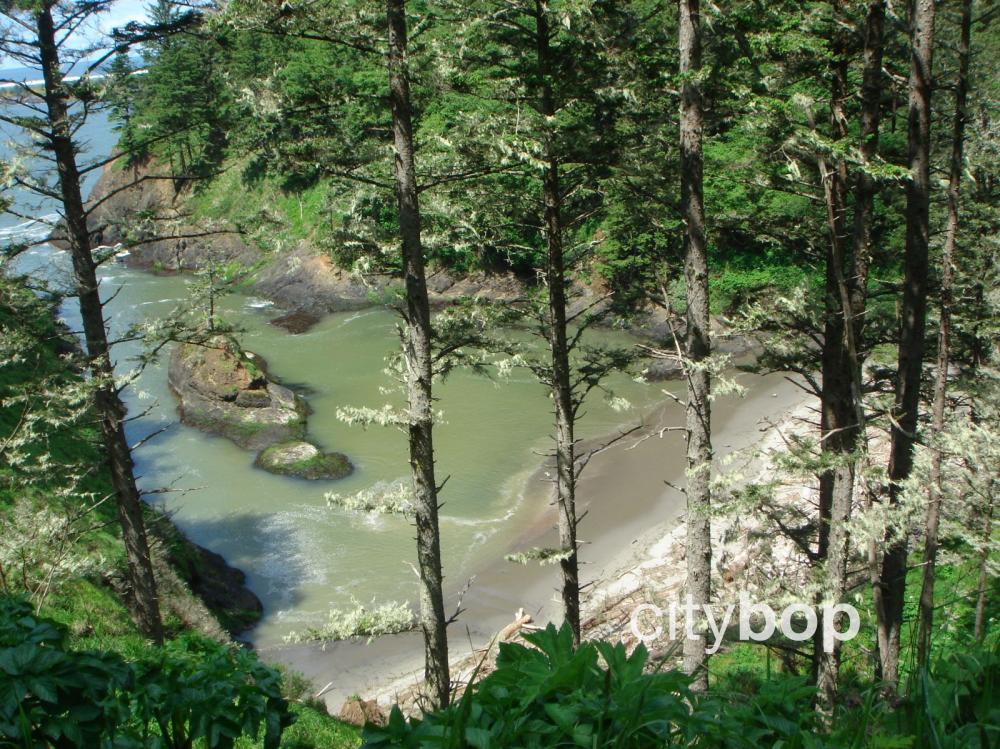 Since 2020, the U.S. Coast Guard has prohibited direct access to this cove, but you can still get a glimpse from the trail above.  In the past visitors were forced to scramble down steep sections of a rough pathway to get to the cove, but this has now been deemed too hazardous, and signs warn you to stay off the beach. 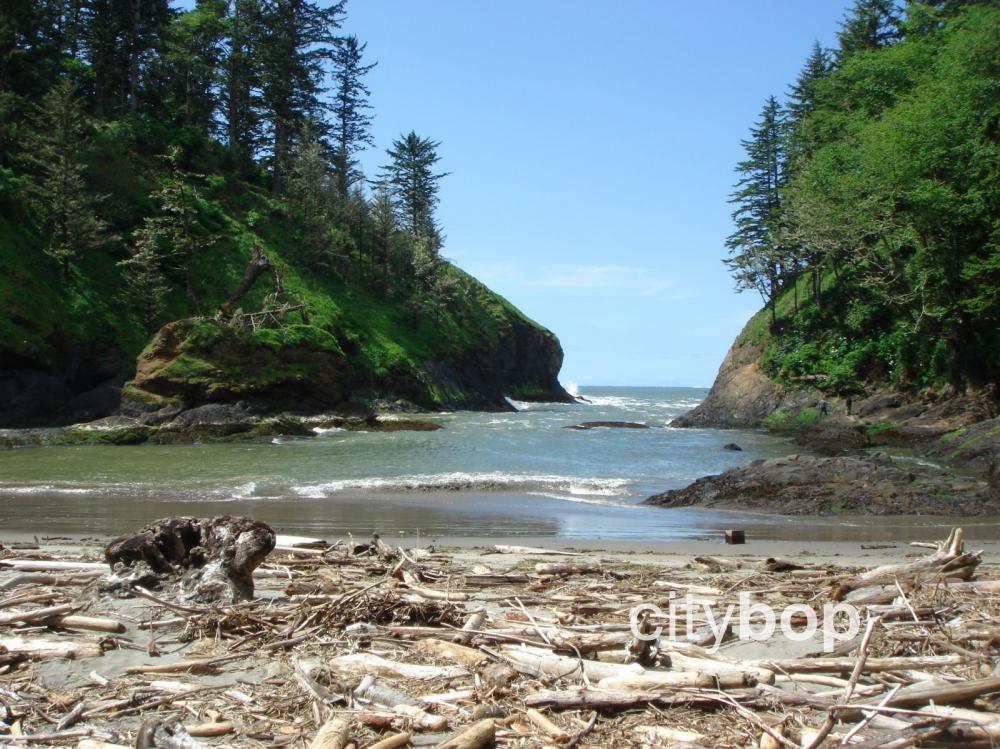 The calmer waters of Dead Man's Cove offer a brief respite from the wild beaches of the Pacific Ocean. The log-strewn cove is a place for quiet reflection, hemmed in by 120 foot basalt cliffs (these pictures were taken before the ban was imposed). 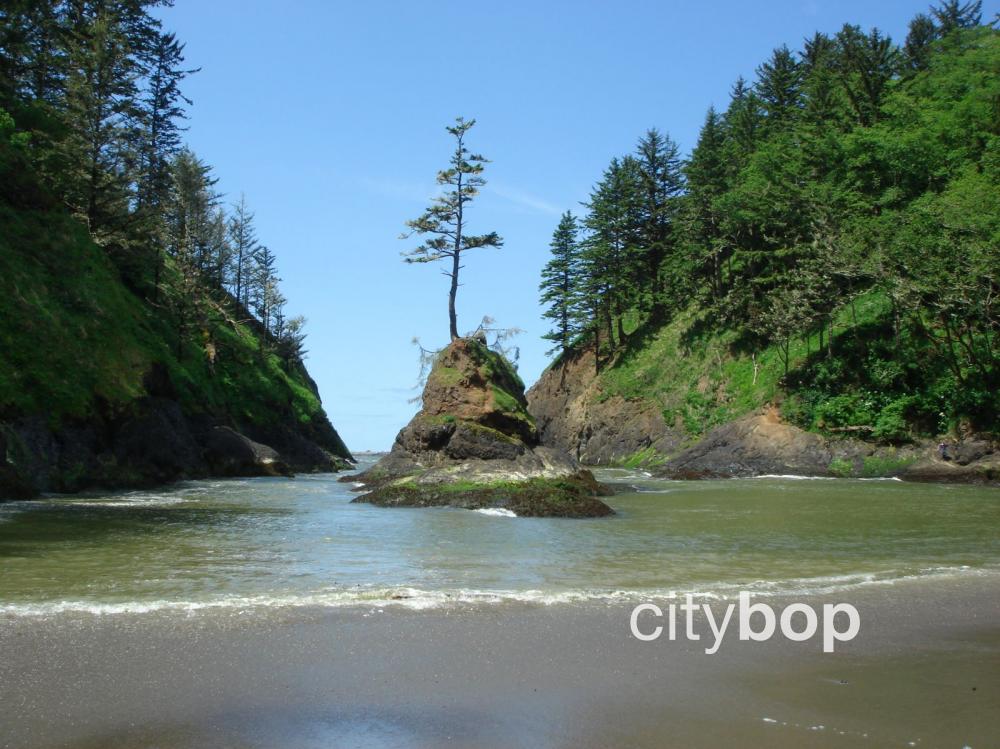 There's an unusual rocky outcrop in the center of the cove, adding to the dramatic beauty of this cove. 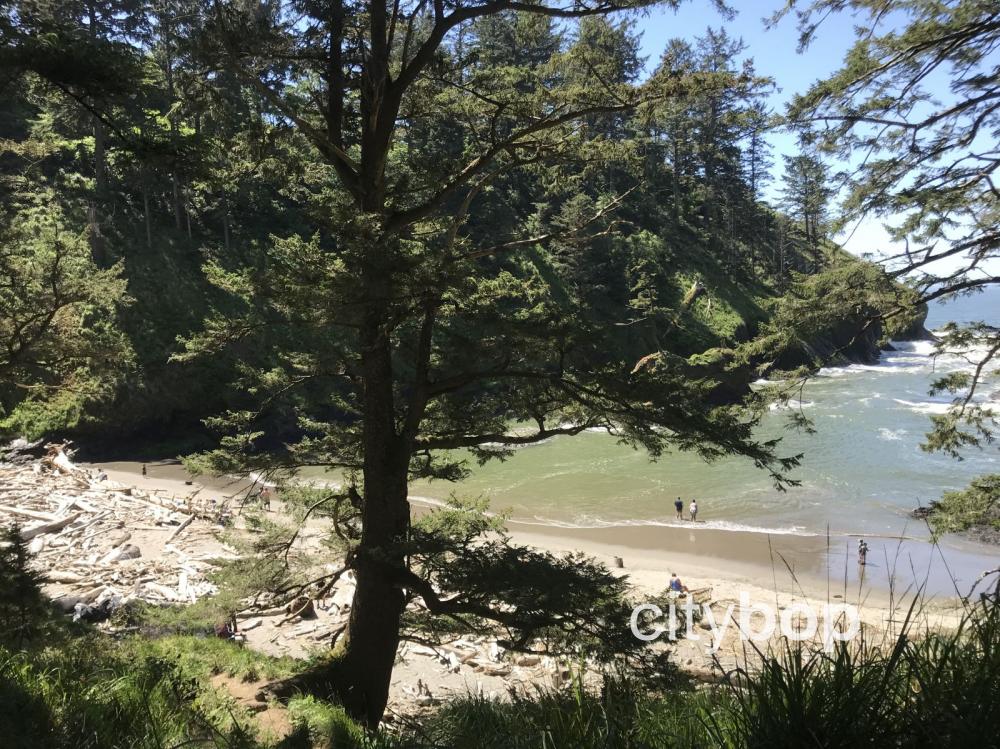 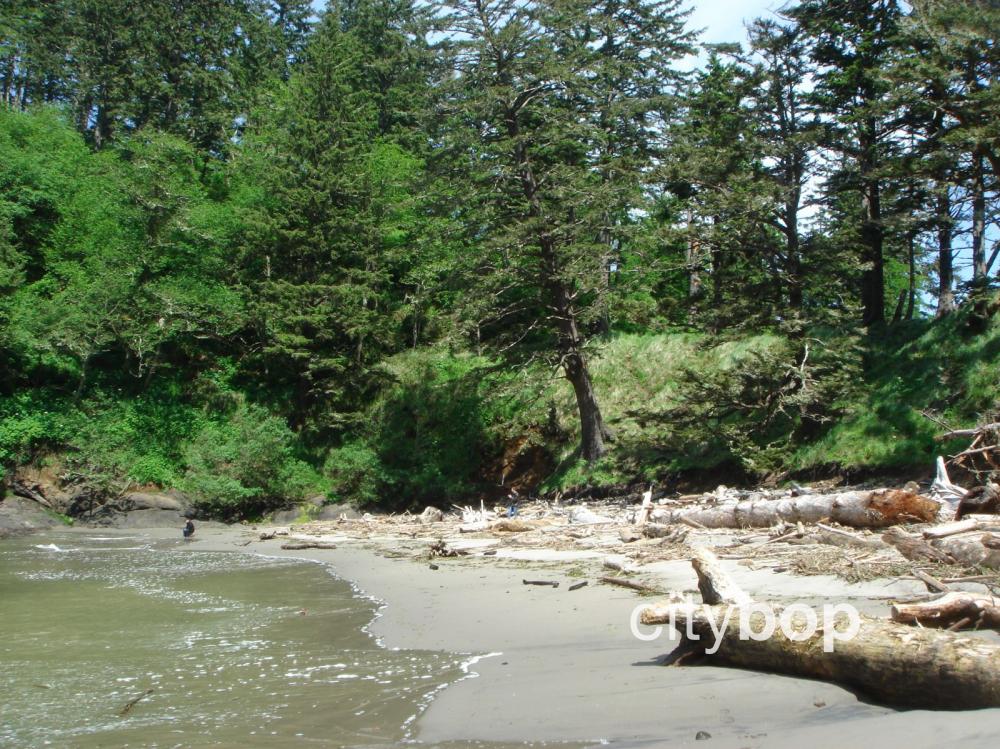 4. Learn about the famous Lewis and Clark expedition at the Interpretative Center.

The Lewis and Clark Interpretive Center is accessed from the same parking lot as the Cape Disappointment Lighthouse.  It's a five minute walk up the path to the Interpretative Center, with a few switchbacks along the way.  Check hours & fees. 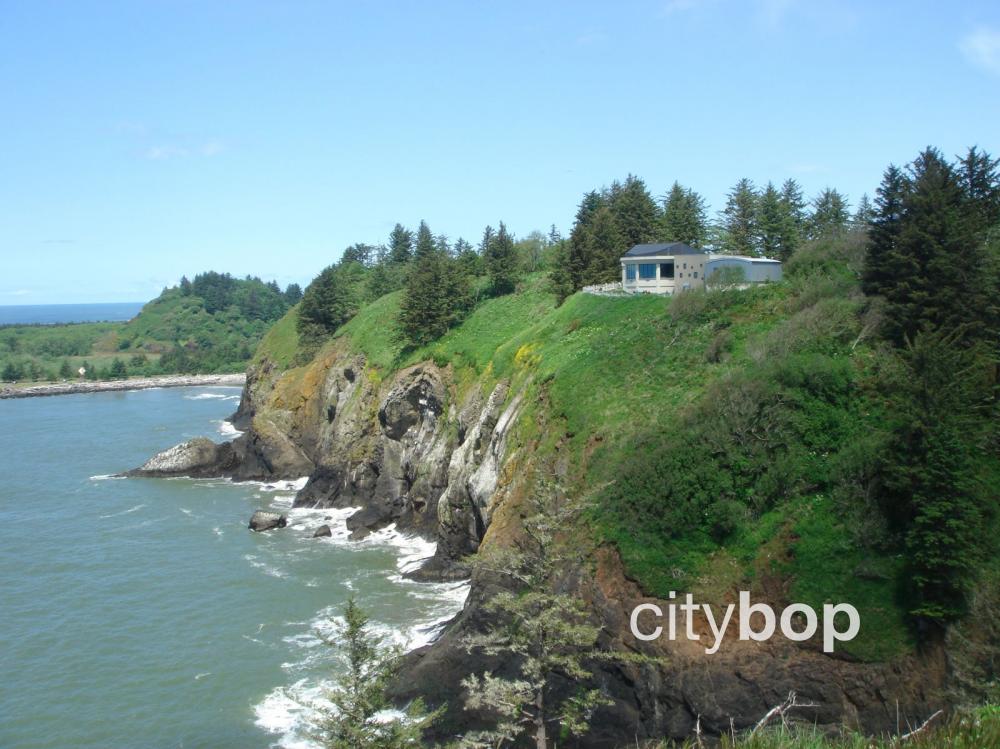 The Interpretive Center chronicles the travels of Lewis and Clark on their 1803 to 1806 expedition from St Louis, Missouri, to the entrance of the Columbia River.  The objective was to explore lands west of the Mississippi River, including the Louisiana Purchase of territory from France in 1803, and the Pacific Northwest.

The engaging exhibits include many original quotes from the explorers' journals, paintings, artifacts, and maps, and the film presentation provides an excellent overview of this dangerous journey. There's an overlook outside the interpretive center, with breathtaking views of the Cape Disappointment Lighthouse. 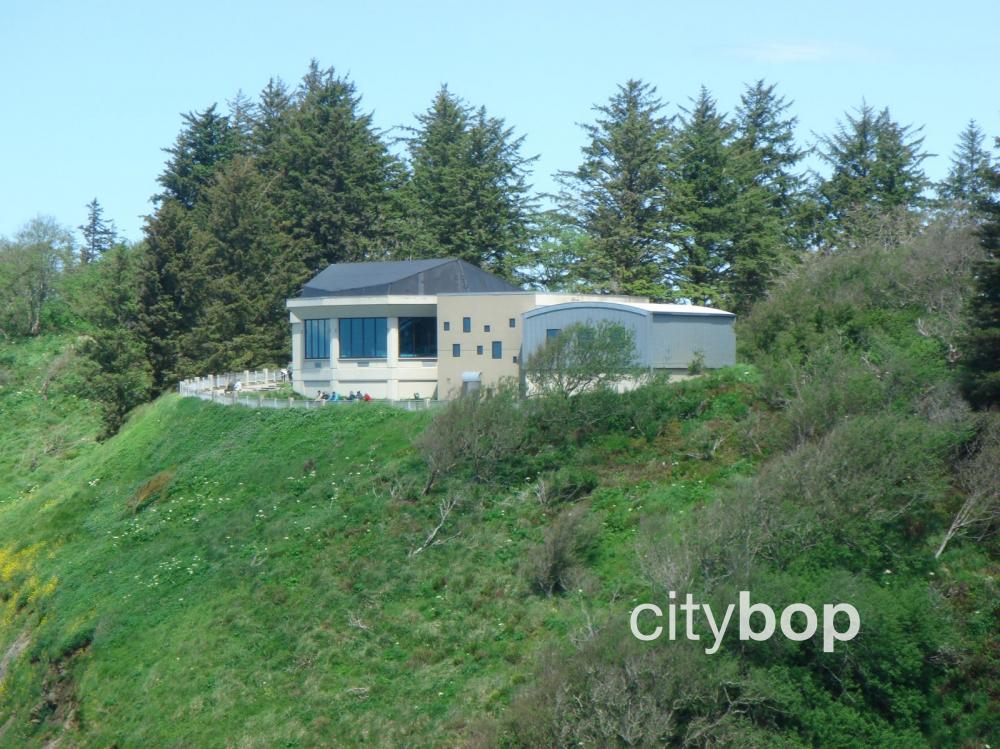 5. Explore tunnels and bunkers at Fort Canby at Cape Disappointment.

Fort Canby is located just before the Lewis and Clark Interpretive Center, built by the US Army in the mid 19th century to protect the entrance to the Columbia River.  Troops bravely manned Fort Canby until the end of WWII. 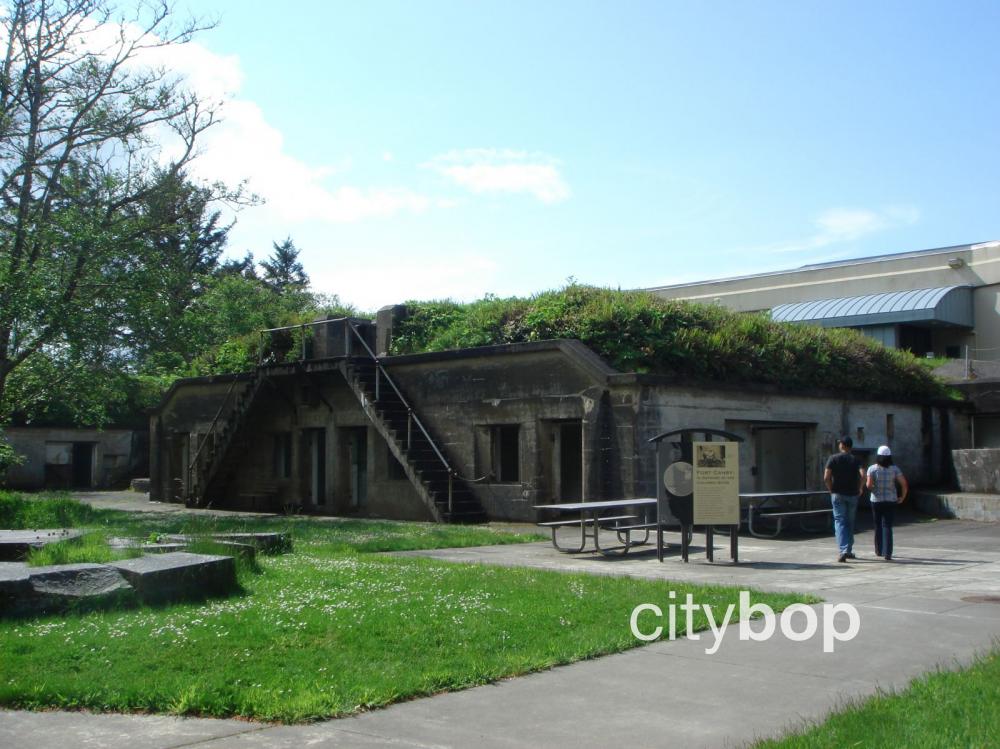 6. See the raging surf at Benson Beach as it collides into North Jetty at Cape Disappointment.

Benson Beach is bordered by the 2.5 mile North Jetty on its southern end.  It's accessed by taking the turn-off to North Jetty Road near the General Store. 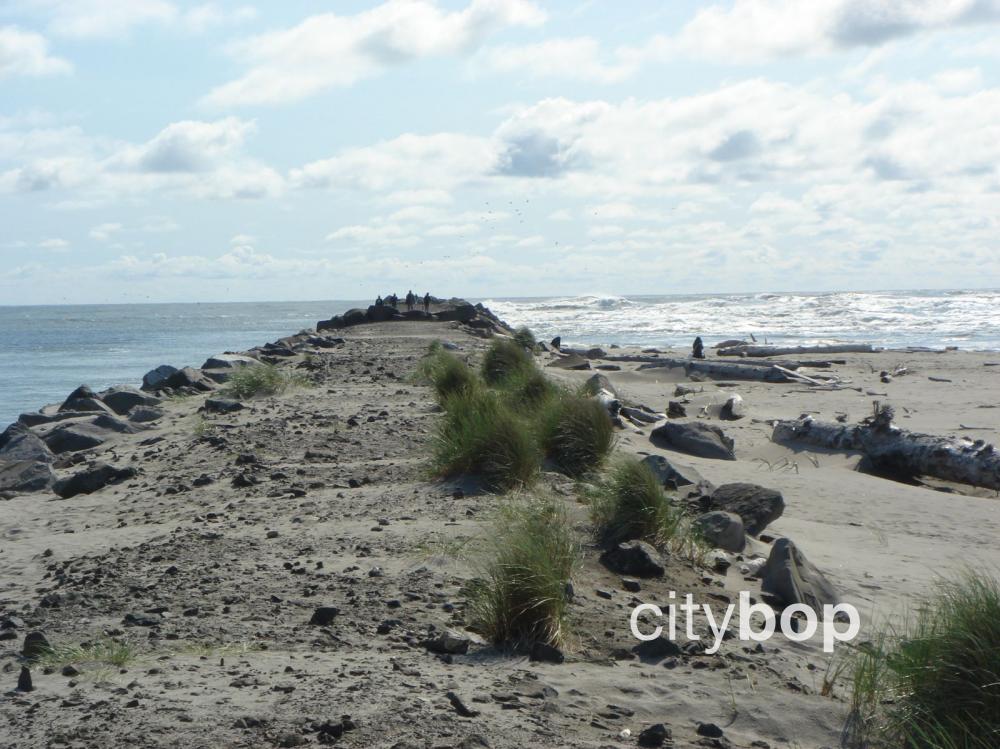 The North Jetty is a study in contrasts, from the calmer waters on its southern side, to the turbulent waves on its northern side.  You'll be transfixed by the sheer force and scale of the breaking waves on the northern side.  On a colder day the scene is almost surreal as the waves and currents collide with each other.  Exercise extreme caution when visiting this area. This is another view of North Jetty jutting out into the Pacific Ocean, with Benson Beach to the right.  After the North Jetty was constructed in 1914, the currents shifted, creating 600 acres of new land previously submerged by ocean.

North Jetty is also adjacent to Waikiki Beach at Cape Disappointment.  This beach is a big hit with visitors, popular for sunbathing and hanging out.  Unlike its namesake in Hawaii, the waters are perishing cold with dangerous currents and no lifeguards, so not recommended for swimming. 8. Walk out to Beards Hollow. This quieter beach has superb photo opportunities, with sheer cliffs and dramatic rock formations, and continues east to merge with the tourist town of Long Beach. There are lots of tidepools to explore at Beards Hollow, where the Chinook Indians once gathered shells and sealife for food and decorative purposes. A flat path leads from the Beards Hollow parking lot, across the wetlands out to the beach.   This is a gorgeous 20-minute walk, with a charming creek and lots of native foliage such as reedgrass, sword fern and salmonberry.  This coastal forest wetland has an incredible ecosystem. Another path leads up to the Beards Hollow Overlook, with panoramic views of the beach.

9.  Go camping or stay overnight in the Lighthouse Keepers Quarters at Cape Disappointment. The lighthouse keeper's quarters near the North Head Lighthouse are also available to rent.  There's also plenty of lodging at the nearby townships of Astoria and Long Beach.

10. Enjoy a meal at nearby Ilwaco.

The Salt Hotel pub one-mile away at Ilwaco Harbor is also a lovely place for a meal, with a fully renovated interior and gorgeous waterfront views.  Ilwaco is the closest town to Cape Disappointment. Which parking lot should I use when visiting Cape Disappointment?

Do I need a Discover Pass?

A Discover Pass is required to enter Washington State Parks.  There's either an annual or daily pass.

Fun things to do near Cape Disappointment.