Explore wild wilderness beaches on the edge of the world at La Push.

La Push is a coastal village in the remote northwestern Olympic Peninsula in Washington State, popular with tourists visiting the nearby Olympic National Park. It has a dramatic setting on a wild beach overlooking the Pacific Ocean, with close proximity to other breathtaking wilderness beaches at the world famous Olympic National Park.

La Push is part of the Quileute Indian Reservation, who run everything in this tiny village, including the beachfront resort, campground, restaurant, and general store. The Quileute Tribe have a sacred connection to this land, and have fished and hunted here for thousands of years.

The nearest town is Forks, a 20 minute drive inland from Forks.

10 best things to do at La Push

First Beach is located in La Push, and is easily accessible from a large parking lot at the headland. Visitors can walk the full length of this sandy beach, while marveling at the giant logs washed up at the high tide line.  First Beach was also featured in the Twilight movie and book series, however the actual filming took place at Indian Beach at Ecola State Park in Oregon, 223 miles south of this beach! 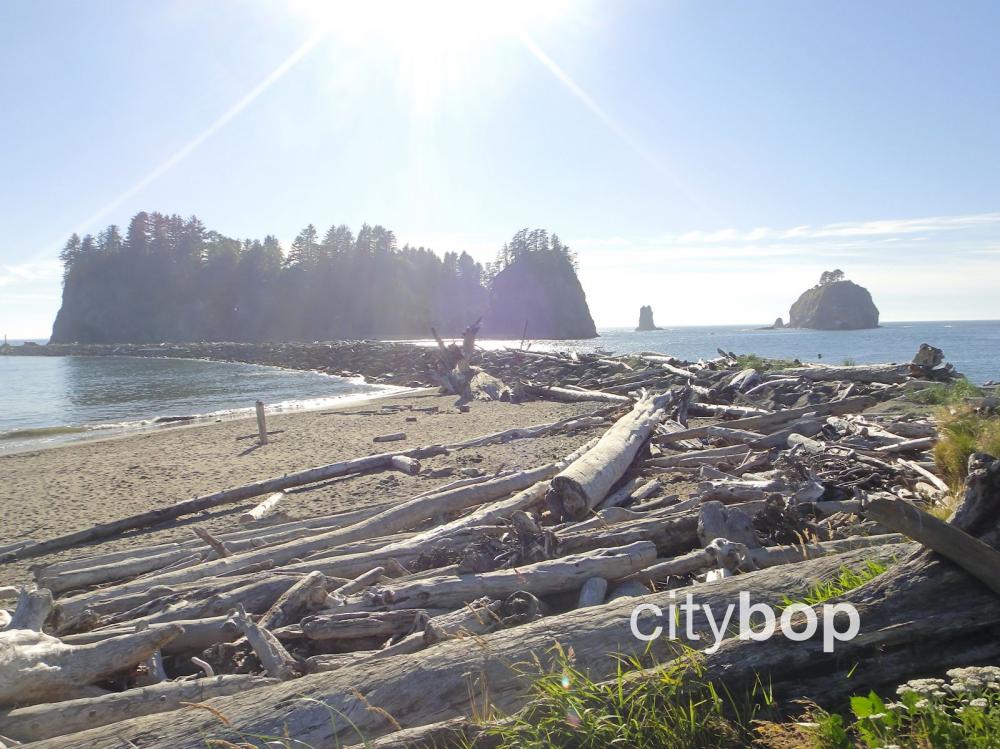 First Beach has a rocky jetty at it's northern end, overlooking the mysterious James Island.  James Island was once accessible by land, until the Army Corp of Engineers re-routed the Quillayute River to create a navigational channel, and cut off the land bridge.

James Island has functioned as both a burial ground for Quileute tribe chiefs, and a late 19th century village for early settlers. The island was named after Francis Wilcox James, the head lighthouse keeper at the Cape Flattery Lighthouse from 1857 to 1858, and a good friend to local tribe members. Today only tribe members are permitted to access this island, but you can get a good look from the shore. 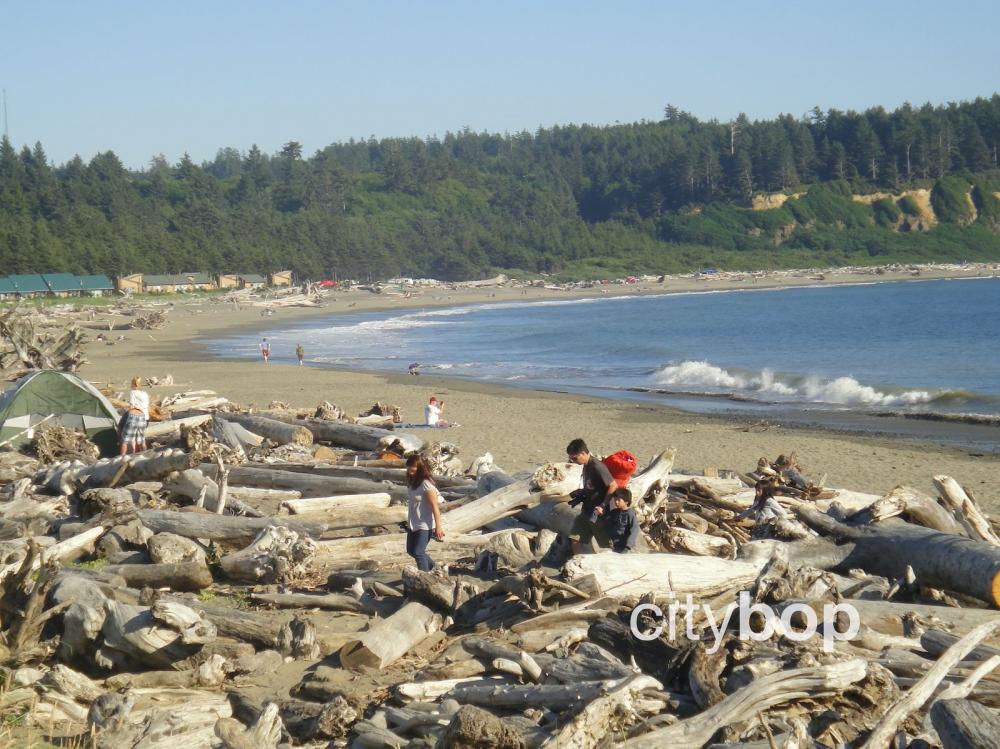 Stroll 1-mile along the arc shaped First Beach, past the Quileute Oceanside Resort, until you reach the impassable headland at its southern end.

2. Stop by the River's Edge Restaurant on Main Street at La Push. 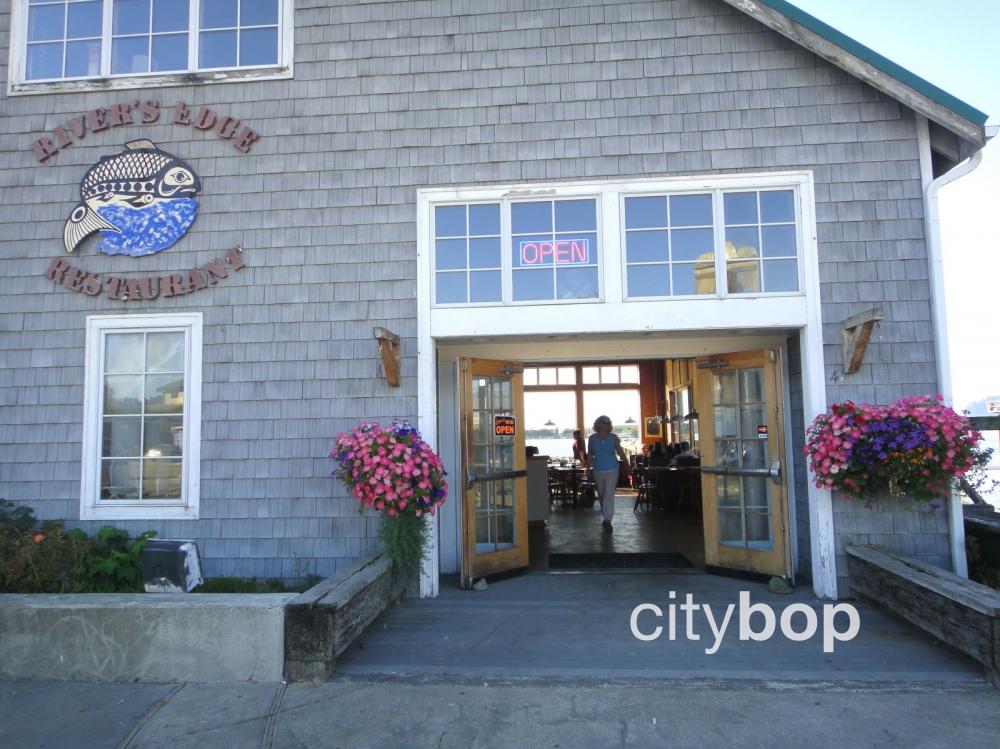 Enjoy a delicious meal with water views, at the River's Edge Restaurant at La Push, serving breakfast, lunch and dinner. This is the only restaurant in town, with a fantastic location at the mouth of the Quillayute River.

3. Stay in one of 32 oceanfront cabins at the Quileute Oceanside Resort overlooking First Beach. 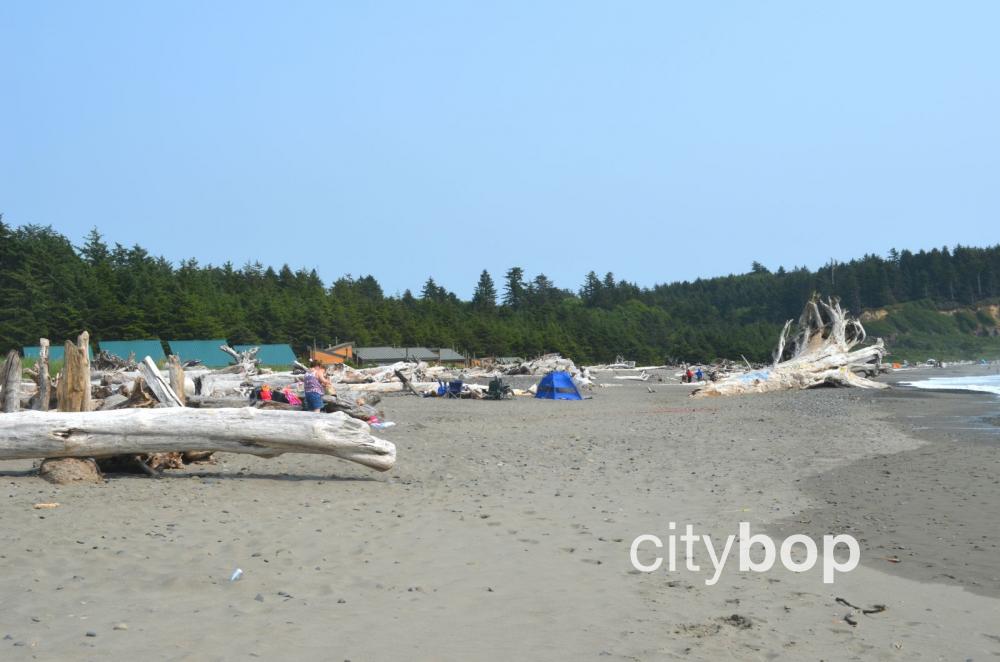 These beautifully renovated cabins are right on the beach, giving you a front row seat to this spectacular wilderness area.  Choose from luxury cabins, standard cabins or motel units, all with kitchenettes and fireplaces, and decorated in the rustic northwestern style.  Watch bald eagles and seagulls soar above the water from the comfort of your cabin, fall asleep to the sound of crashing waves, or obtain a permit to have a fire on the beach. Don't forget to bring loads of reading material, because there's no TV or WIFI here.

4. Reserve an RV spot or campsite at the Quileute Oceanside Resort.

The Quileute Oceanside Resort also has a campground, and a full service RV Park in this breathtaking setting, right on the beach!

5. Get supplies at the Lonesome Creek Store.

Stock up on up snacks, supplies and firewood at the convenient Lonesome Creek Store at La Push.

6. Drive to the Second Beach trailhead.

The Second Beach Trailhead is just 3 minutes south of La Push. From here you can walk 20 minutes (0.8 miles) through lush coastal forest to a long, sandy beach, to see off-shore coastal stacks and tidepools. There's so much to see at Second Beach, including the Quateata Arch at the north end of the beach, the seastack known as Crying Lady Rock, the jagged form of the Quilete Needle, and the row of seastacks around Teahwhit Head at the south end of the beach.  Second Beach is part of the Olympic National Park, so you'll need to pay the entrance fee.

7. Drive to the Third Beach trailhead.

The Third Beach Trailhead is an easy 7 minute drive south of La Push, but parking spaces fill up quickly, so get there early.  It's a 1.4 mile hike through coastal forest to the spectacular Third Beach, and the final section of the trail has a challenging 270 foot descent, with piles of driftwood at the high tide line to step over. Stroll along the full length of this magical beach, and look south at the haunting cluster of seastacks known as Giants Graveyard.  Third Beach is also part of the Olympic National Park, and requires an entrance fee. You should check tide timetables, avoid dangerous drift logs, and take a day pack with provisions. It's also important to note that this trail can get very slippery on a rainy day.

8. Drive to nearby Rialto Beach.

Rialto Beach is 15 minutes north of La Push, and is easily accessible just a few steps from the parking lot. Unlike Second or Third Beach, no hike-in is required!  As soon as you arrive at the Rialto Beach parking lot, you'll notice James Island at the south end of the beach. The famous "Hole in the Wall" natural sea arch is 1.7-miles up the beach, but should only be explored when the tide is out. Rialto Beach also requires an Olympic National Park entrance fee.

The tiny logging town of Forks is 20 minutes east of La Push, and was put on the map when it was featured in the Twilight movies and books. There are plenty of motels and inns at Forks, so it's a good base for exploring La Push.  You can also find loads of basic comfort food in Forks, like chinese, pizza, burgers, BBQ, a breakfast restaurant, beer garden and taproom, and a drive-thru coffee stand.

Fans come from all over the world to explore this town, including the annual Twilight festival each September. They can also visit the free Forever Twilight in Forks Collection museum (11 N Forks Avenue) to see original costumes and props from the film, or pick up a self guided tour map with points of interest from the movie and book series at The Visitor Information Center (1411 S Forks Avenue).

Beyond the Twilight phenomenon, it's also interesting to stop by the Timber Museum and Loggers Memorial (1421 S Forks Avenue) to learn about the dangerous profession of logging undertaken by the first pioneers in this area, felling some of the world's largest trees.

10. Combine a visit to La Push with a tour of the Olympic National Park around Highway 101. 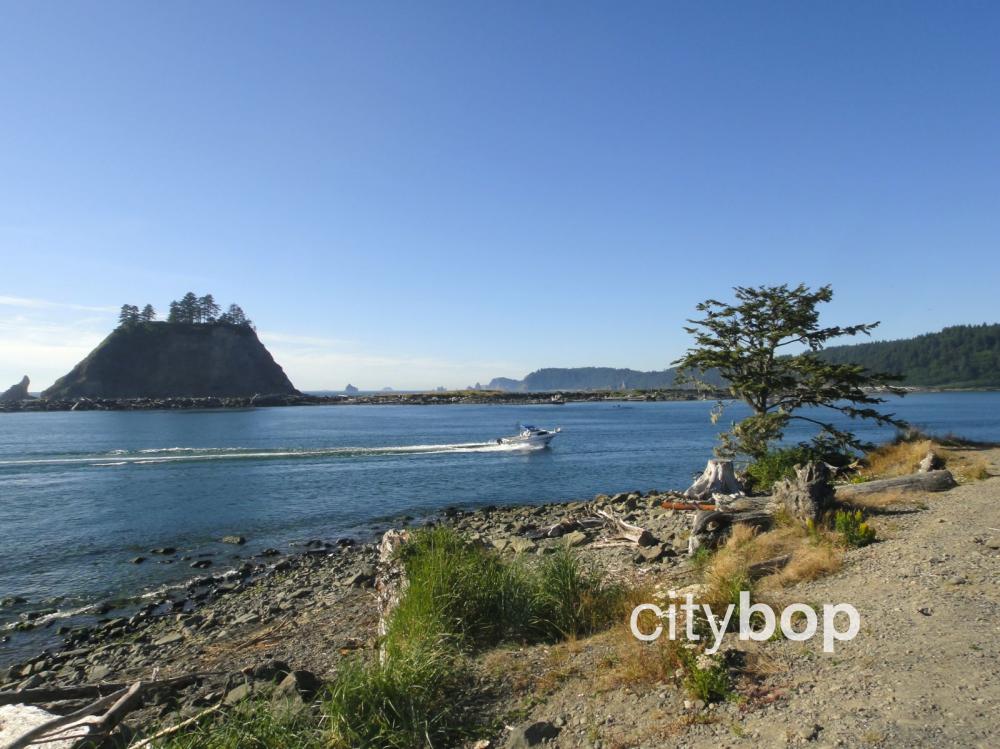 Little James Island can be seen northwest of La Push, with Rialto Beach in the background. 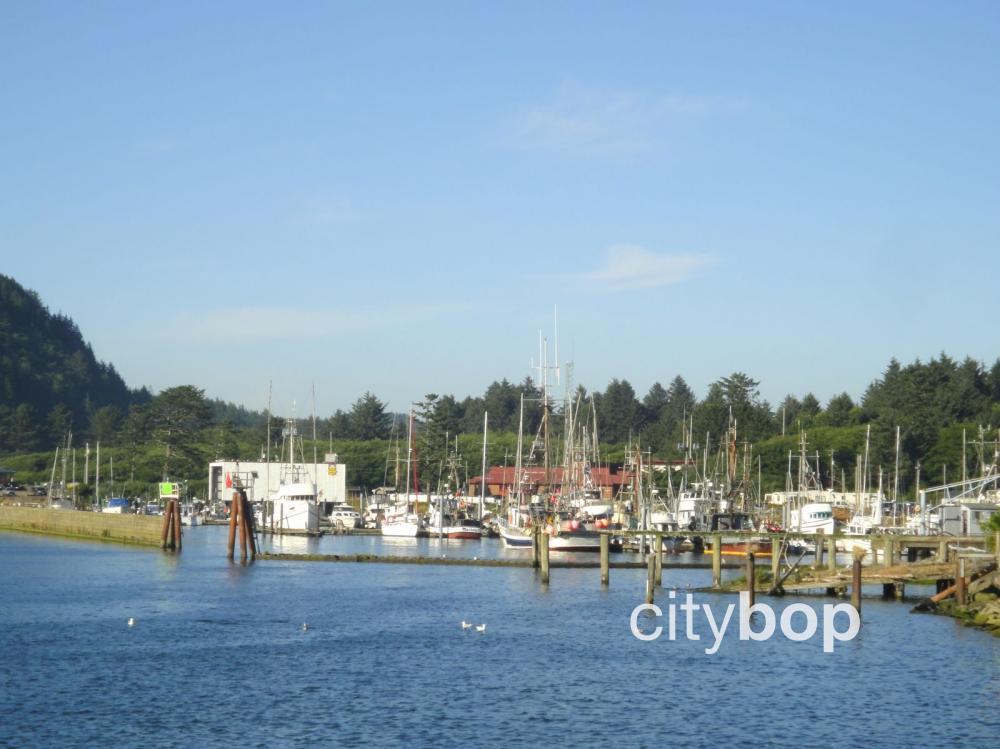 This is the marina at La Push, near the mouth of the Quillayute River. 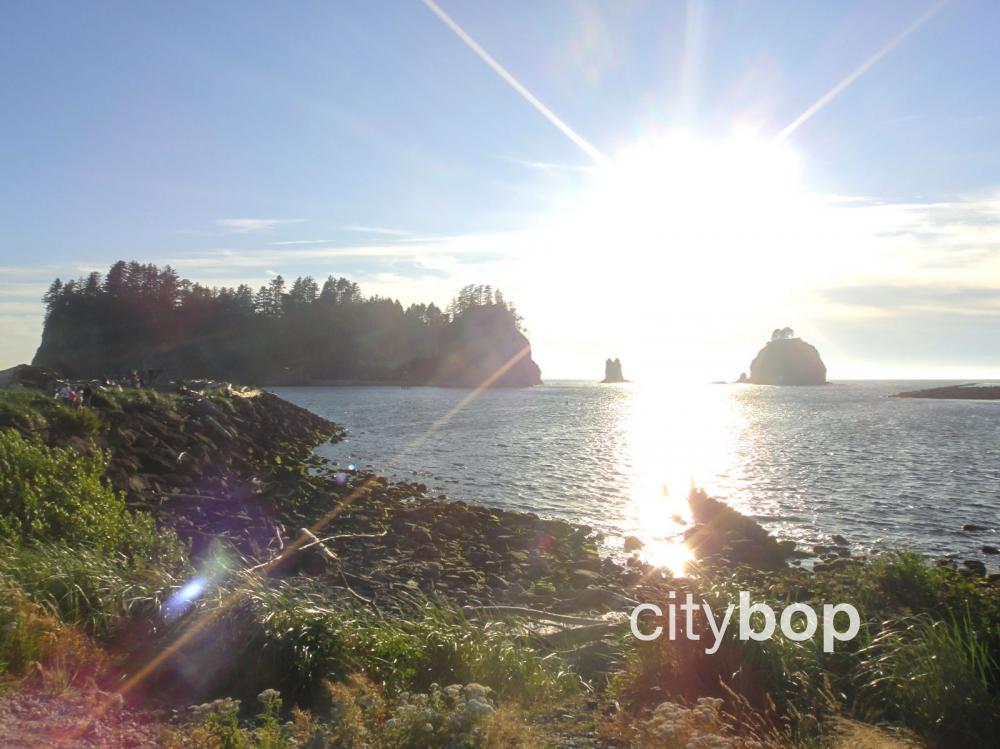 See the dramatic silhouette of James Island at sunset.
Check out the 10 BEST Attractions at the Olympic National Park, including nearby La Push on the edge of the park.
Share Tweet Email
«PreviousTop 20Next»