Visit miles of wild and sandy beaches at Fort Worden

Explore 2-miles of stunning saltwater beaches, perfect in all seasons, with breathtaking views of Whidbey Island and snowcapped Mount Baker.

A Discover Pass is required to visit all State Parks in Washington.

5 best things to do at Fort Worden beach 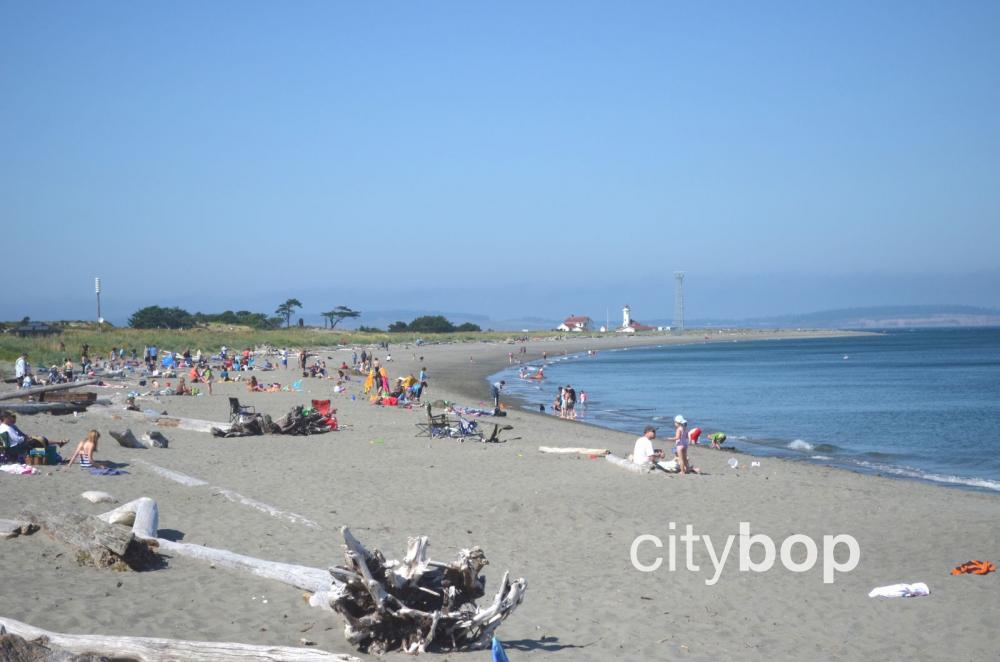 The most popular Fort Worden beach is along Harbor Defense Way, just north of the pier.  There's also a seasonal canteen just across the road, with ice-cream, coffee and snacks. Pull in to the parking lot, and walk a few steps to the beach. Unfortunately the water is too chilly for anything other than wading, and there are no lifeguards at Fort Worden, but the soft sand makes it perfect for sunbathing and building sandcastles during summer months. You can observe a whole lot of marine activity from this unique vantage point, including boats, ferries, cruise liners, fisherman and crabbers.

Stay overnight at the campground directly across the road from this beach, or book at a vacation rental at Fort Worden (make a booking).

2. Visit the Port Townsend Marine Center on the pier. 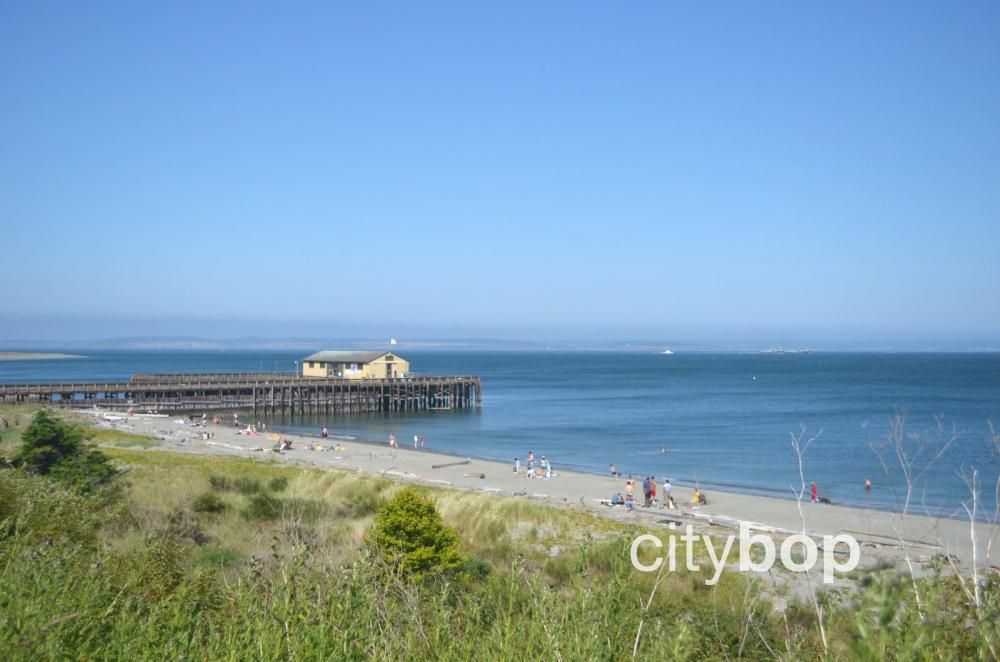 The Marine Science Center is inside the yellow building at the end of the pier, and has touchpools full of colorful starfish and sea anemones.  You can also get up close to a Giant Pacific Octopus! There's also a second building directly across the road, with more marine exhibits focused on the local sea-life at Fort Worden (check admission and hours here).

3. Drive up to the Point Wilson Lighthouse. 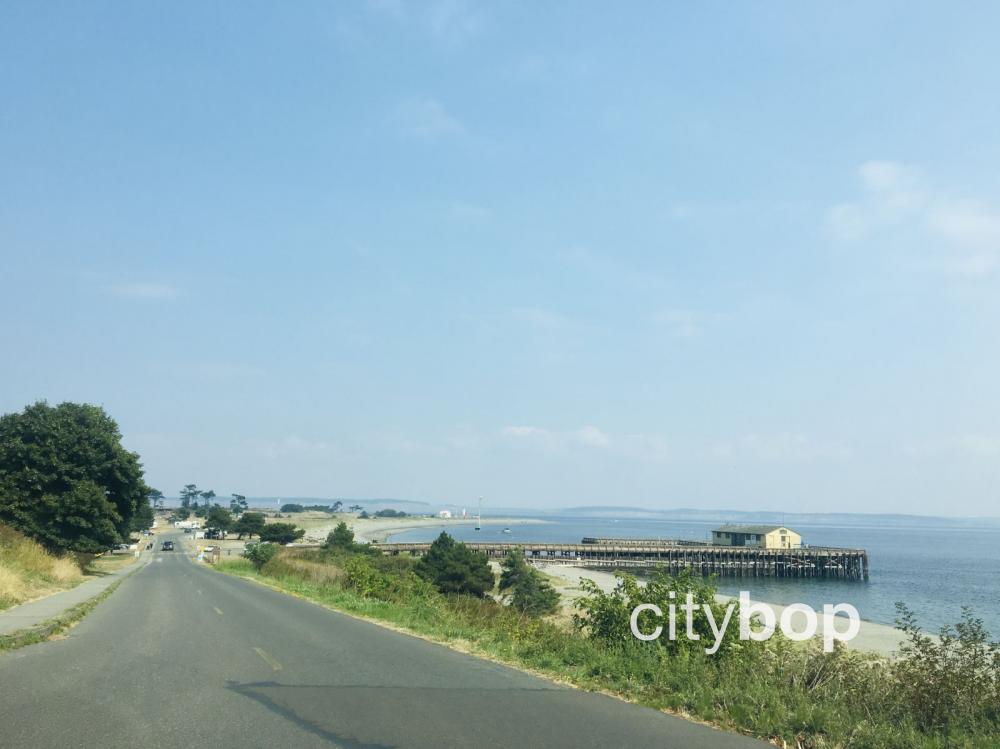 The Point Wilson Lighthouse is half a mile north of the pier.  Just drive up Harbor Defense Way until it dead-ends at a parking lot. The lighthouse has been active since 1913, but unfortunately not open to the public since it was automated in 1976.  However, it is possible to walk around the lighthouse and get a good look from outside.

3. Stroll along the beach west of Point Wilson Lighthouse, featured in a Hollywood movie. 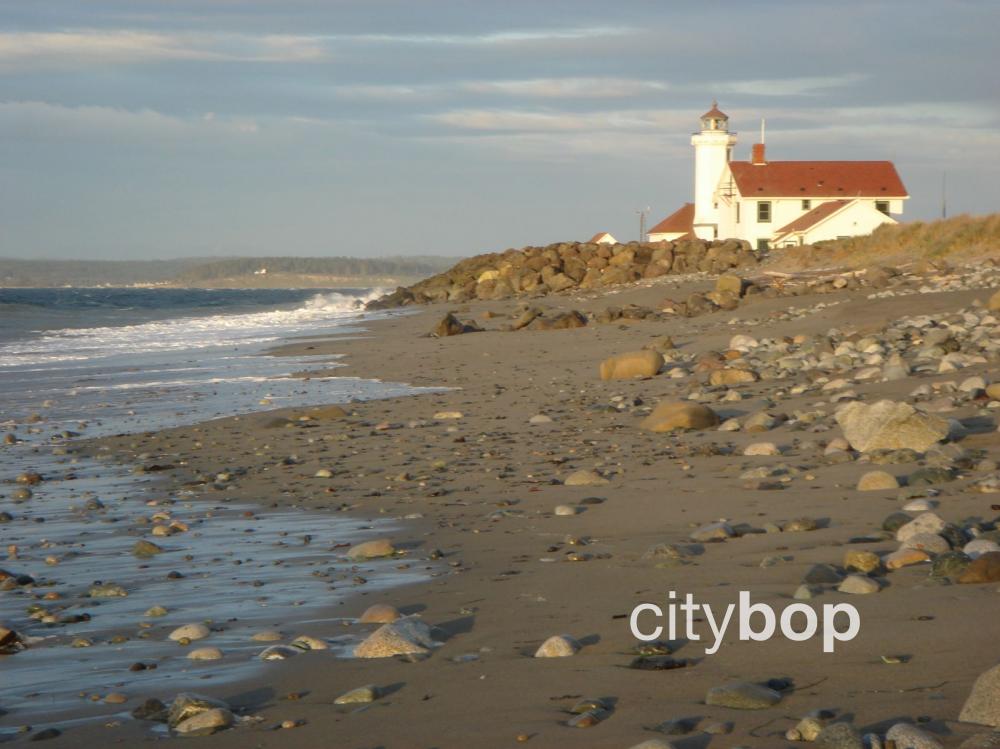 The dramatic beach west of the Point Wilson Lighthouse was featured in the jogging scene in the hit movie, An Officer and a Gentleman (1982).  The waters off this beach are usually choked with seaweed, and the sand is strewn with driftwood and rocks, so it's not as popular with sunbathers. However, it's wild, windswept scenery is perfect for a walk. 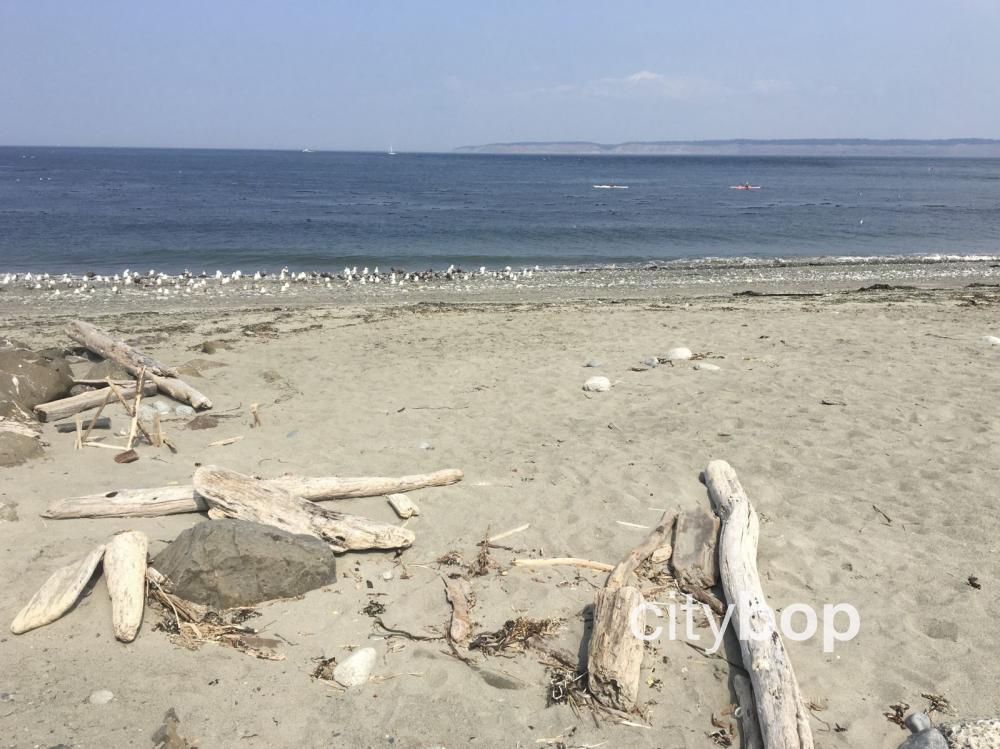 This Fort Worden beach overlooks Whidbey Island, and is on the eastern edge of the Strait of Juan de Fuca. If you look west along this beach, you can see the large promontory known as Artillery Hill.  Numerous trails wind through this hill, leading to abandoned military bunkers. 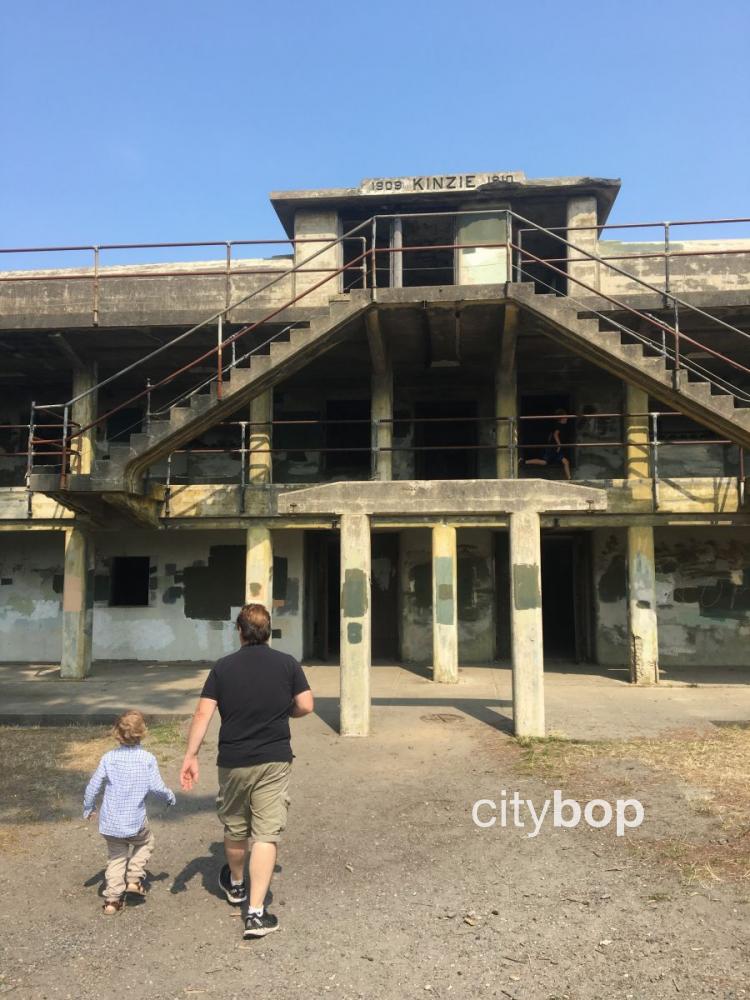 Battery Kinzie is accessed directly off this beach, built between 1909 and 1910, and part of the "Triangle of Fire" that guarded Puget Sound. It's also the most easily accessible battery at Fort Worden. 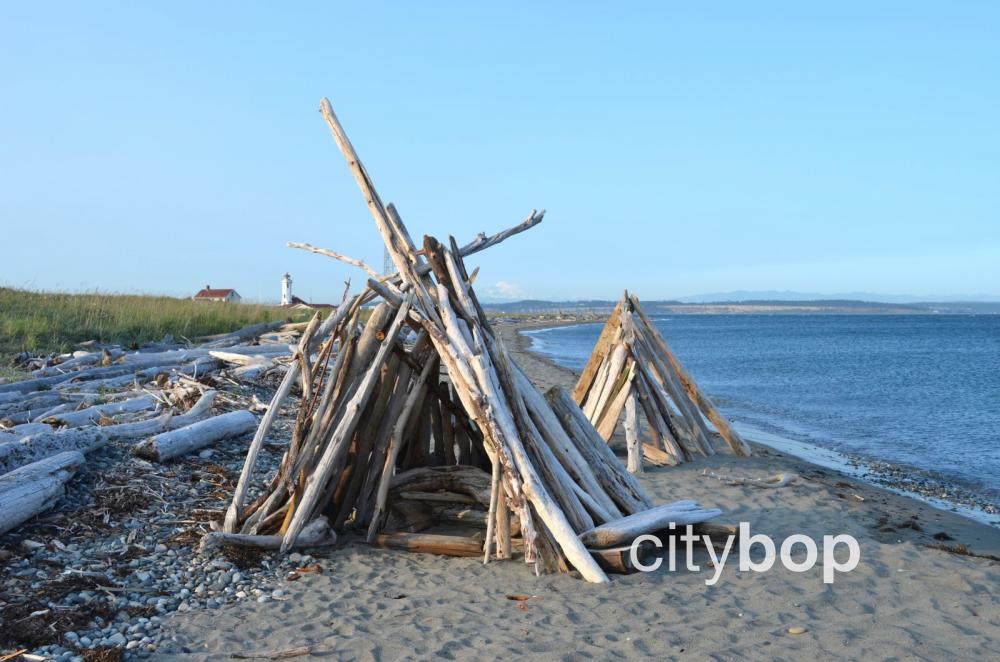 The beach south of the lighthouse is just as dramatic, with driftwood huts at the water's edge. 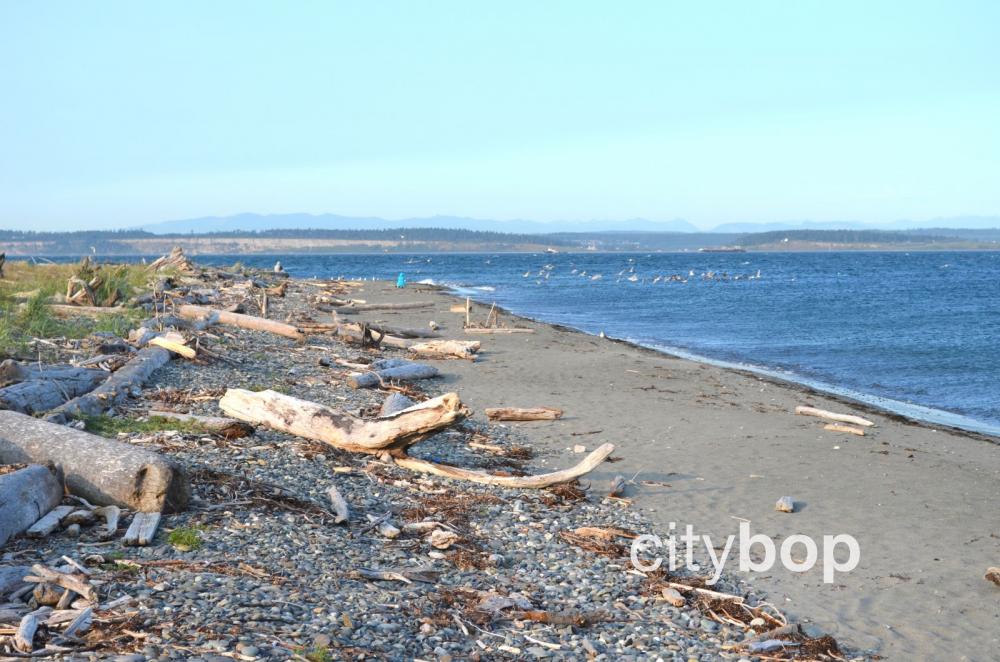