First Beach is at La Push village, on the remote Washington State coast near the Olympic National Park, forming part of the Quileute Indian Reservation. This beach was featured in the Stephanie Meyer Twilight books and movies, attracting fans from around the world.

This dramatic, crescent shaped beach is a mile long, with an impassable headland at its southern end, and breakwater and picturesque James Island at its northern end.  There are no lifeguards, and the water is too cold for swimming, but the surreal landscape is a feast for the senses, with giant logs haphazardly strewn at the high tide line, and rocky seastacks protruding from the ocean.

First Beach is easily accessible just a few steps from the parking lot at La Push, so no hike-in is required.

5 best things to do at First Beach La Push

1.  Walk 1-mile along the sandy shore of First Beach. 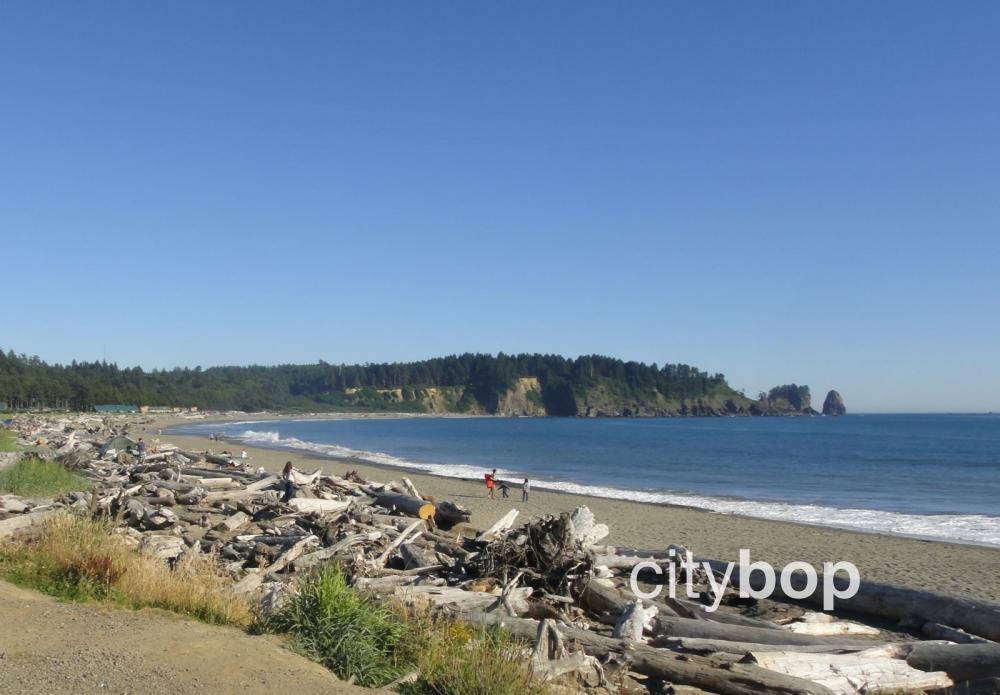 Watch seagulls and herons flying above, and take in the sea breezes, as you stroll 1-mile along First Beach La Push, from the breakwater at the mouth of the Quillayute River, to the Quateata headland. 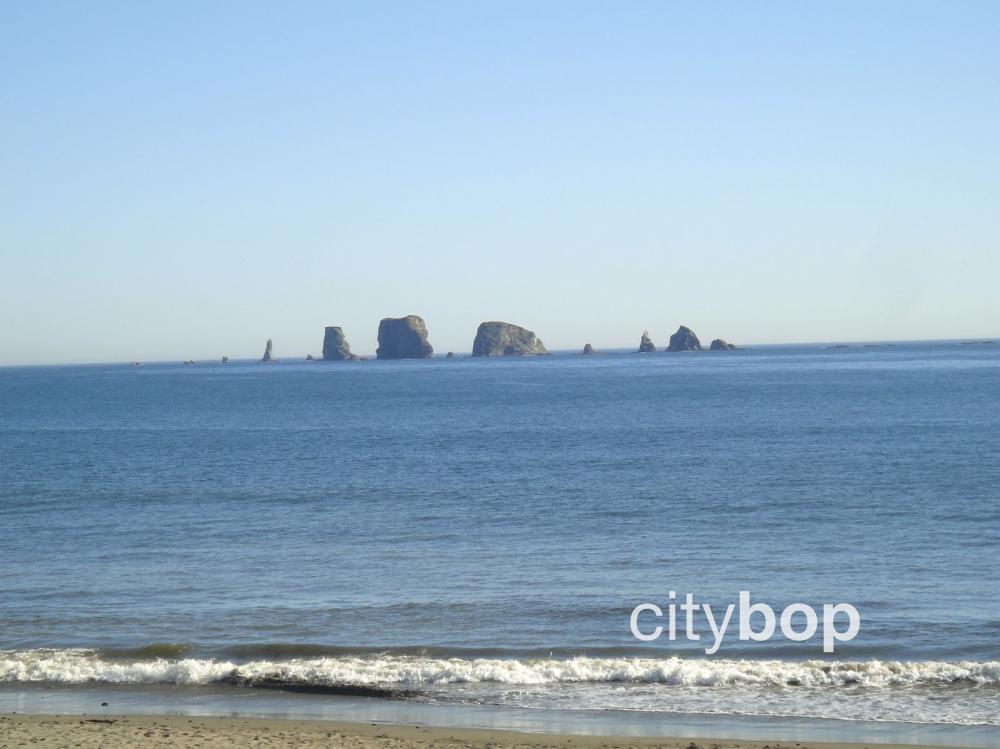 Look south down at the beach at the cluster of sea stacks that form the Quillayute Needles National Wildlife Refuge.  This refuge extends over 100 miles, from Cape Flattery up north, down to Copalis Beach, and protects the breeding grounds of seabirds on sea stacks and islands. 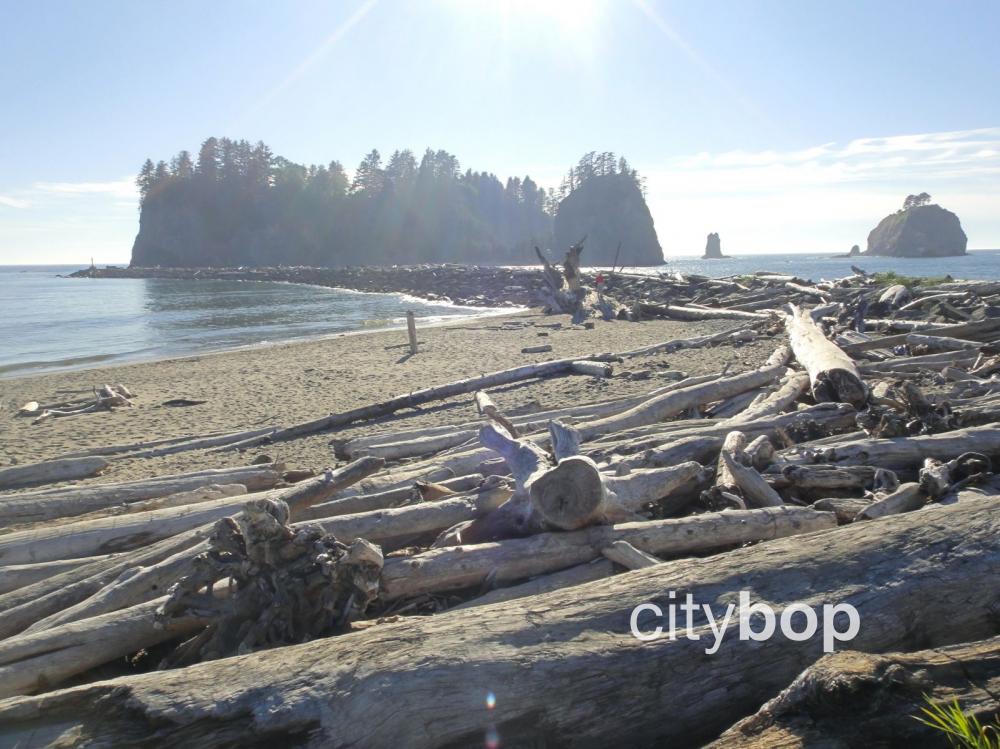 James Island is off limits to visitors, but is an intriguing sight at the northern end of First Beach, at the mouth of the Quillayute River.  This horseshoe shaped island rises 160 feet out of the water, hemmed in by sheer sandstone cliffs, with a five acre surface that's only accessible up one route. James Island was originally connected to the mainland by a landbridge, but this access was cut-off by the Army Corp of Engineers when they re-routed the Quillayute River in 1931 to create a harbor.

James Island was once used as a natural fortress by the Quileute Tribe, to defend against the Makah Tribe up north. In later years it was settled by some pioneering families, and was named after the lighthouse keeper at the Cape Flattery Lighthouse, Francis Wilcox James. It finally came under the ownership of the Quileute Tribe in 1966.

3.  Stay at a beachfront cabin or campsite on First Beach. 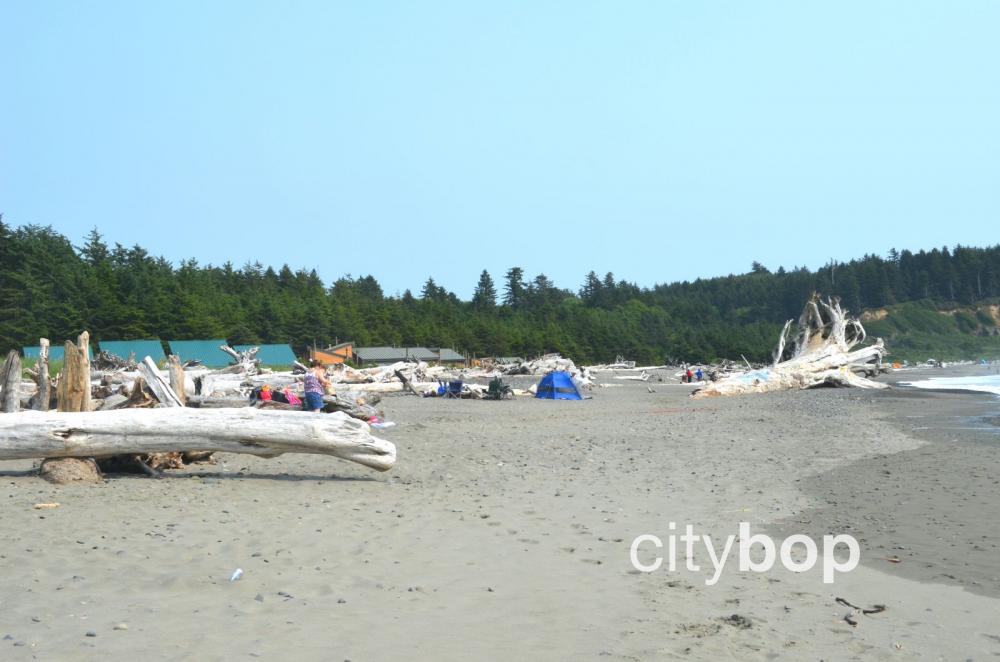 Visitors can stay in a waterfront cabin or motel room in the Quileute Nation's Oceanside Resort on First Beach. There's no WIFI or TV here, so each evening visitors gather around bonfires on the sandy beach, or observe the dramatic landscape from the comfort of their renovated, northwestern style cabin. Camping and RV sites are also available.

4.  Eat at the town's only restaurant. 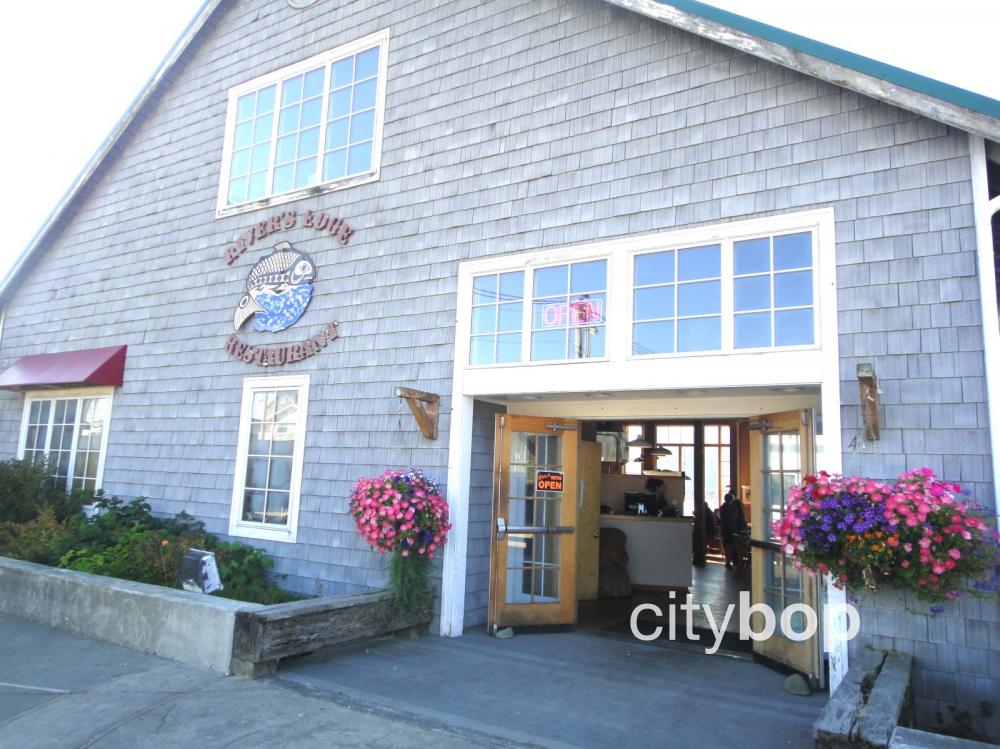 There's only one restaurant and general store at La Push. The River's Edge Restaurant has a fantastic setting at the mouth of the Quillayute River, and serves breakfast, lunch and dinner.  If you need a wider selection of restaurants, travel 20 minutes inland to the small town of Forks.

There are three wilderness beaches within a short distance of First Beach.  The trailheads for Second Beach and Third Beach are just a few minutes south of La Push, whereas Rialto Beach is a 15 minute drive north.  The hike in to Second Beach (0.8 miles) and Third Beach (1.4 miles) is through lush coastal forest, ending at these dramatic wilderness beaches, with distant views of the off-shore Quillayute Needles.  If you'd like to take it a bit easier, then Rialto Beach is immediately accessible from the parking lot. The Hole in the Wall natural sea arch is a big attraction on this beach.

You can also combine a visit to First Beach La Push with a trip around the Olympic National Park, including popular attractions like the Hoh Rainforest, Ruby Beach, Kalaloch Beach, Lake Crescent and Hurricane Ridge.

See the 10 BEST Attractions at the Olympic National Park, including First Beach.