Do a 45-minute driving tour of the Olympic Game Farm to see bears, lions and tigers.

The Olympic Game Farm is in the beautiful Olympic Peninsula of Washington State, near Sequim. It's a 2.5 hour trip from Seattle, including a 35 minute crossing on the Bainbridge Island ferry.

The Olympic Game Farm offers a thrilling experience, with a 45 minute driving tour through a farm that enables you to get up-close to animals.  They get so close they literally brush up against your car, and look you directly in the eye!

The farm was established by animal lovers Lloyd and Catherine Beebe during the 1950's.  They subsequently spent 28 years in collaboration with Walt Disney Studios, supplying animals for films such as "White Wilderness" and the "Grizzly Adams" television series.  The park is now run by their grandson.

10 best things to do at the Olympic Game Farm 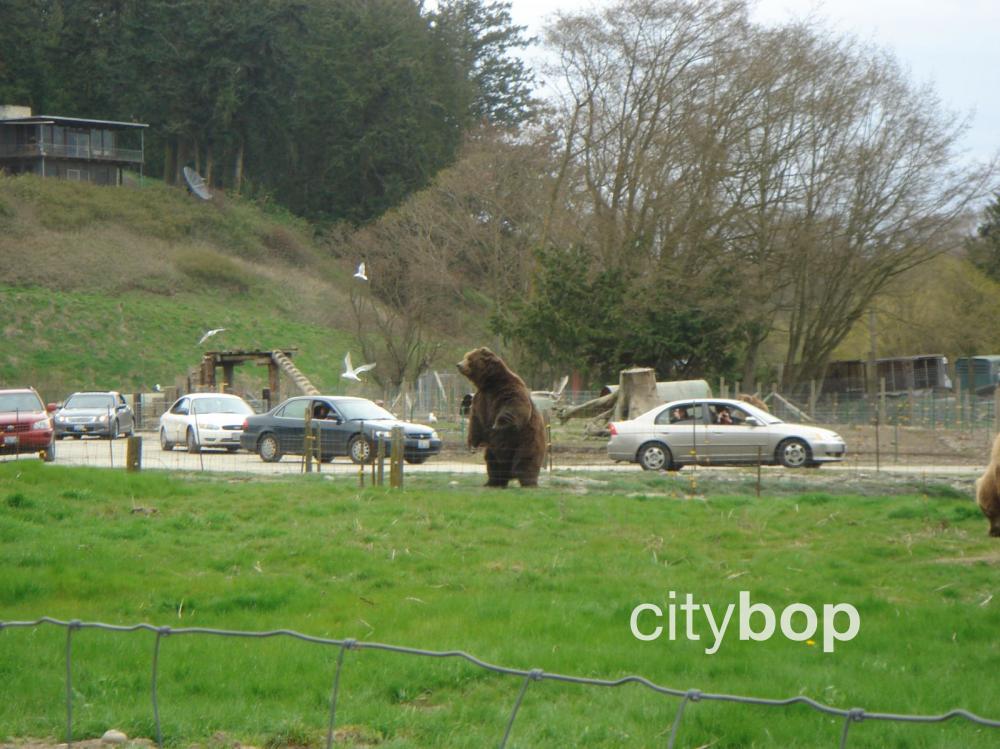 Throw a piece of bread (provided by the Olympic Game Farm) at these famous waving bears! 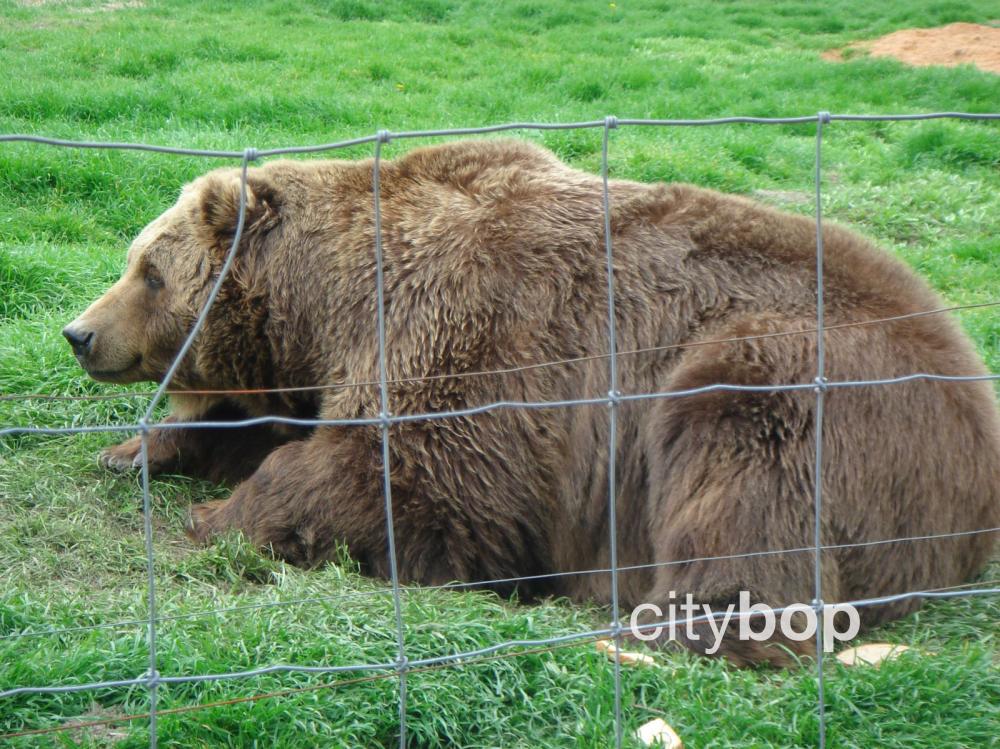 A short wire fence is the only thing separating the road from the bear enclosure, offering some of the best close-up looks at bears available anywhere in the world. 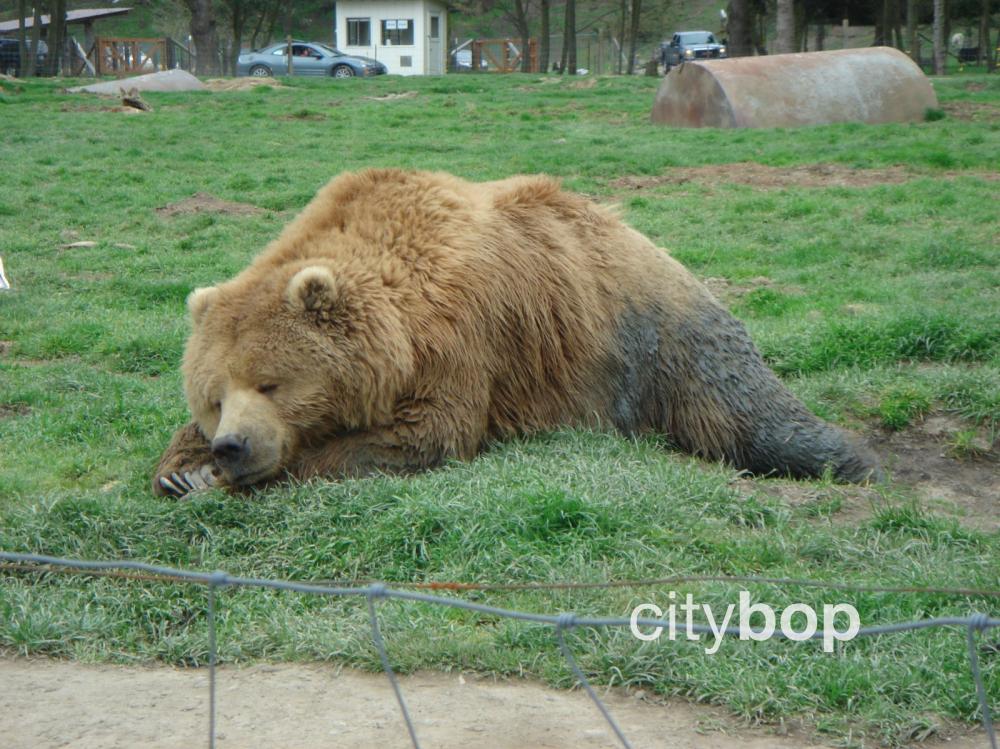 The large number of bears in this enclosed section is also impressive, and each new corner of the road seems to bring another bear! 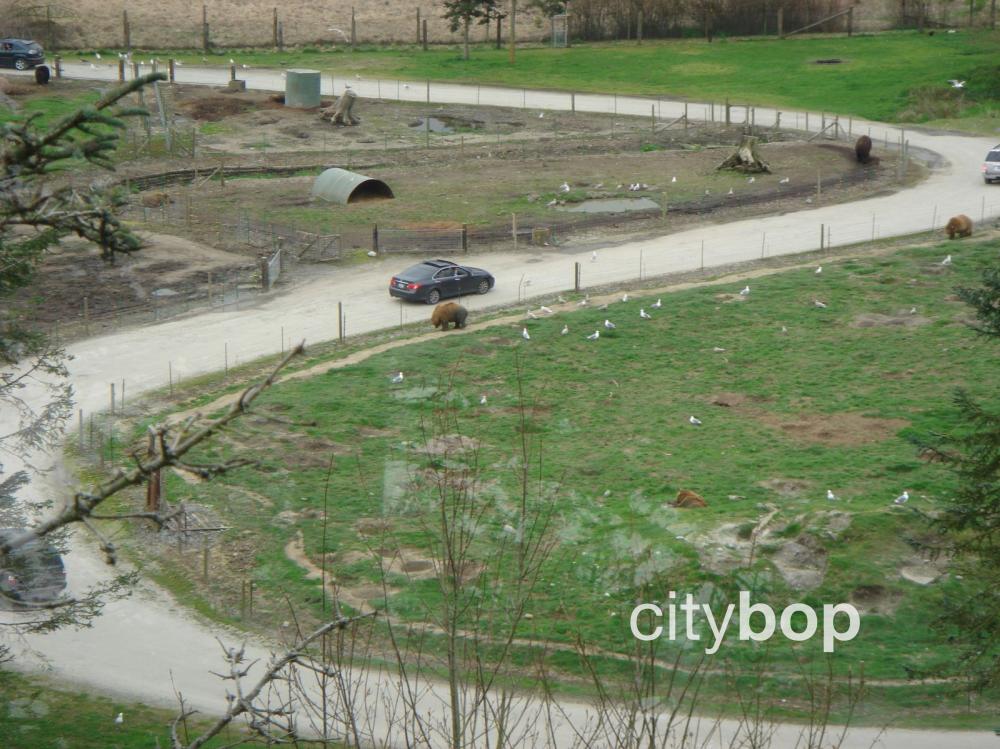 The bears have a massive enclosure to roam about. 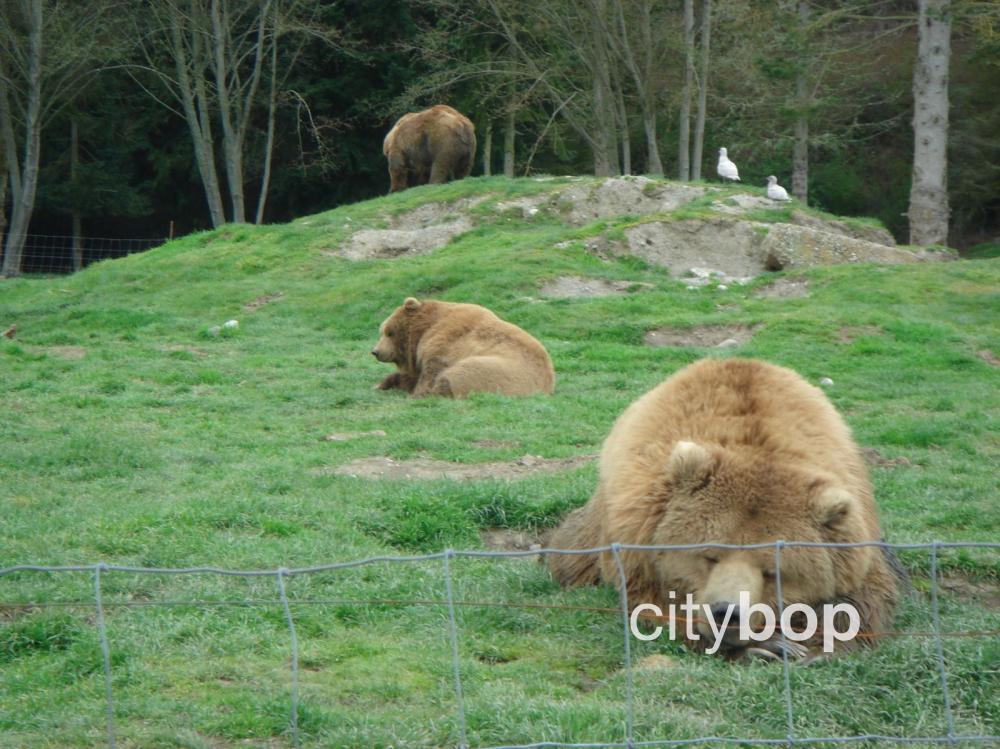 These brownish Kodiak bears are the largest of all bear species, and can weigh up to 1,500 pounds. 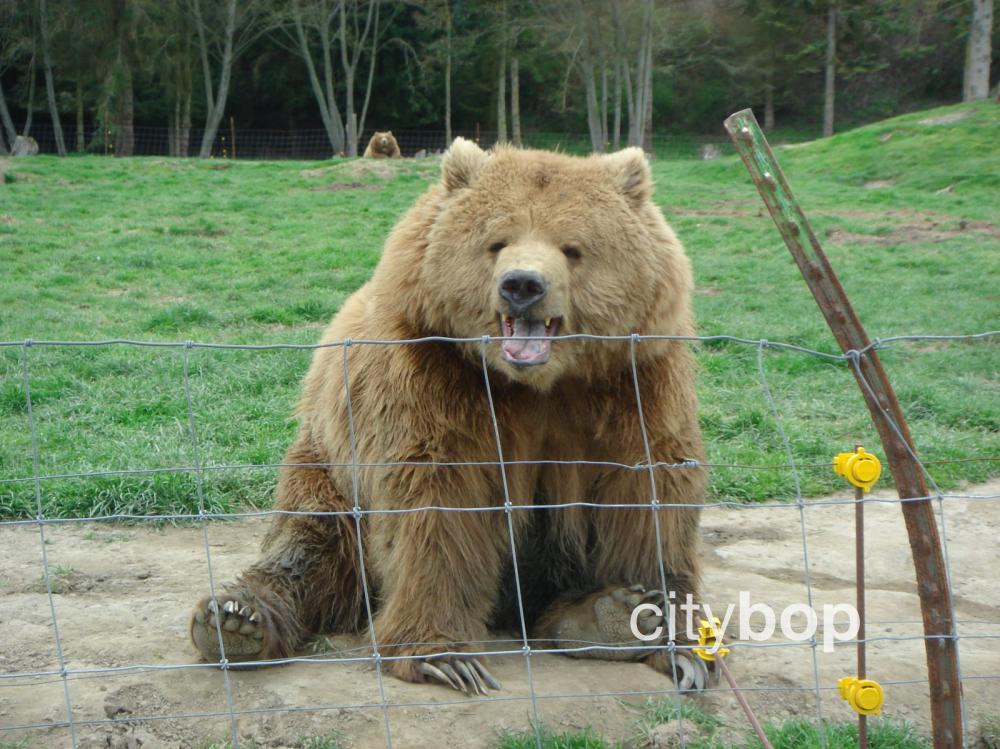 2. Say hello to the iconic Americon bison at the Olympic Game Farm. 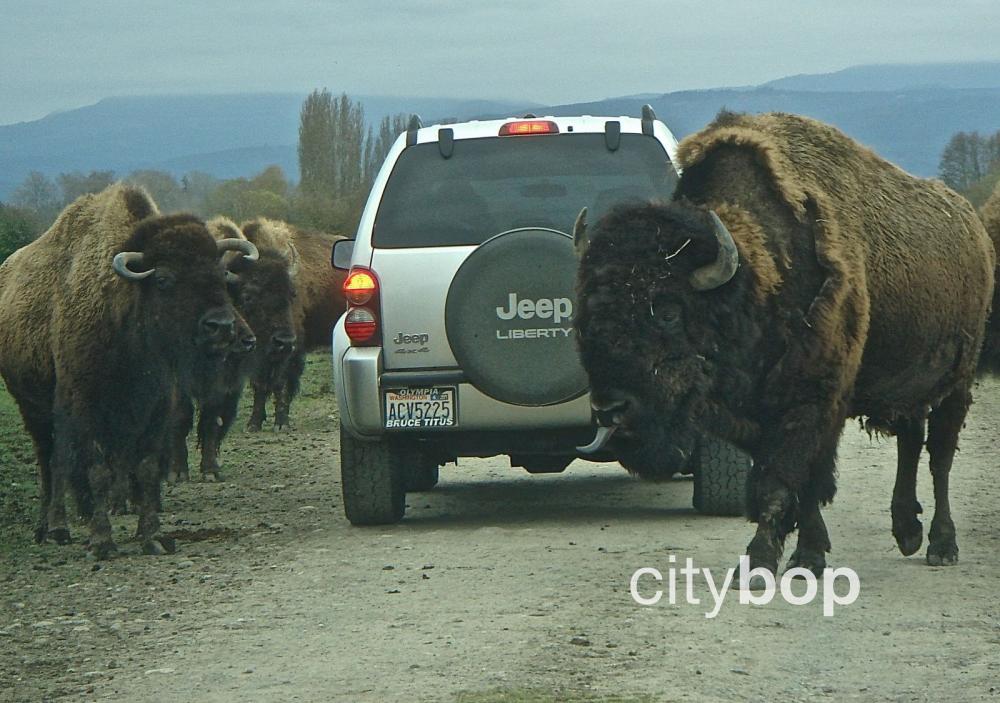 These guys used to roam the American plains in huge herds, and were nearly hunted to extinction. The only naturally occuring herds in the world are at Yellowstone National Park. 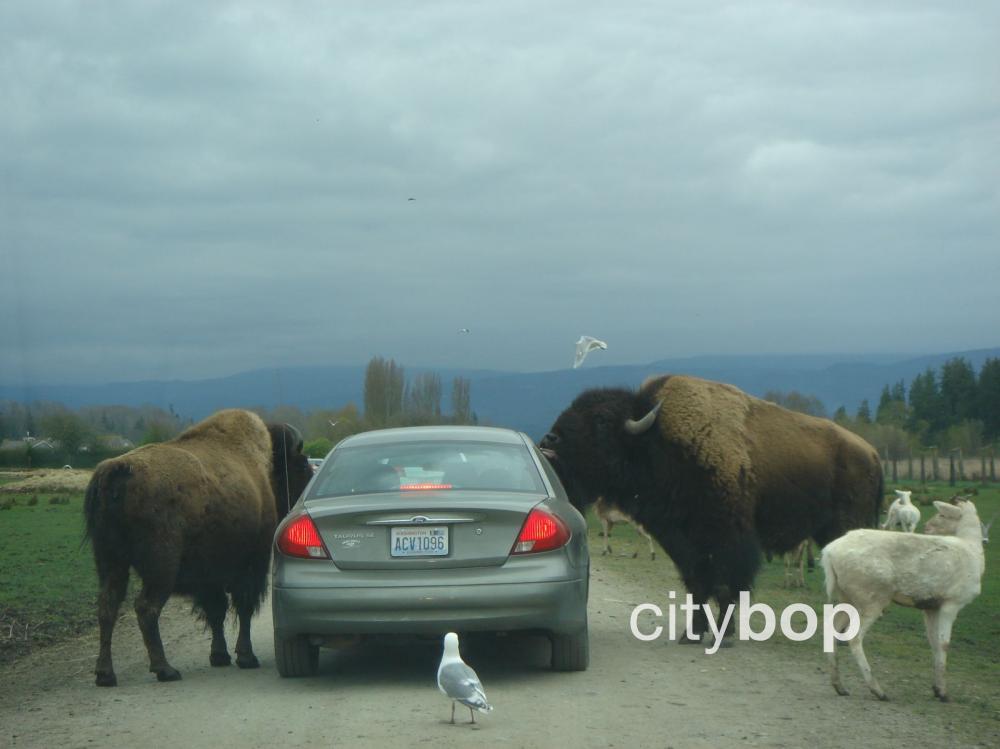 A line of cars often grinds to a halt when American bison block the road. Come eye to eye with an American bison! The self driving tour enables you to get up close and amongst wildlife in a way that traditional zoos do not allow. 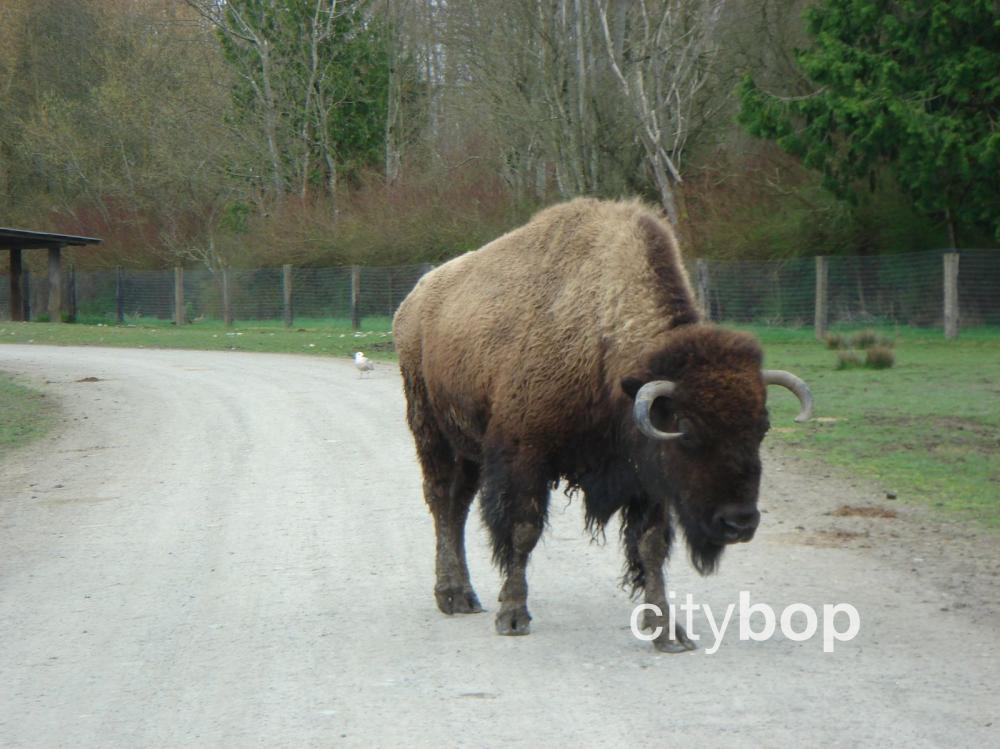 American Bison are the largest mammals in North America. These guys are huge! 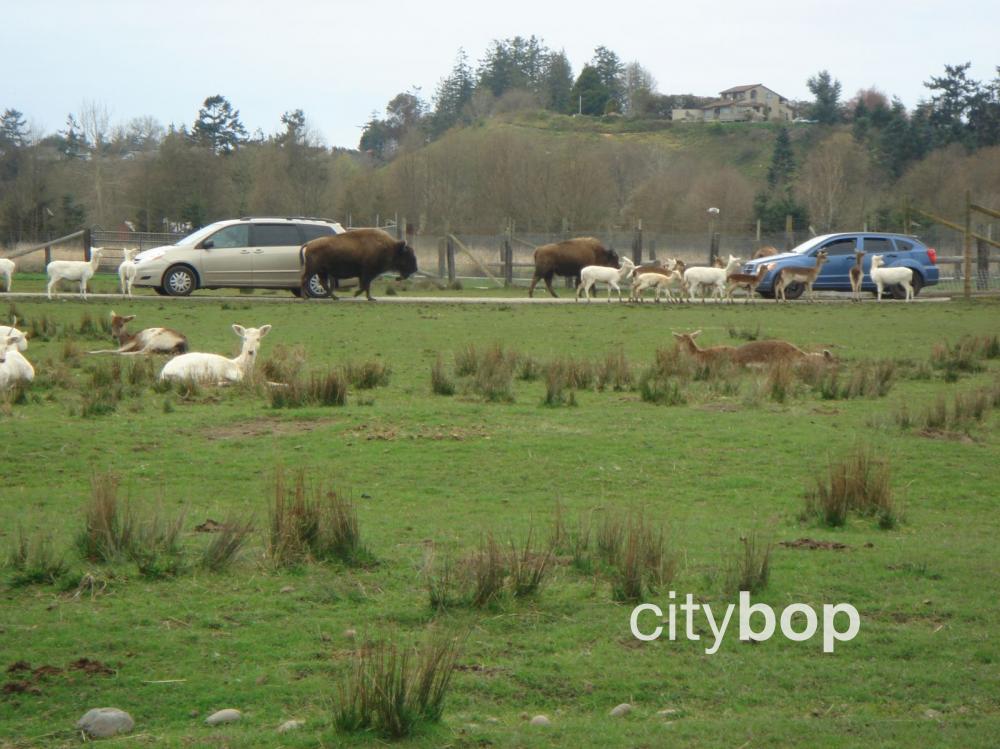 The park is teeming with wildlife that peacefully co-exists with the bison, including deer, elk, rabbits and geese. 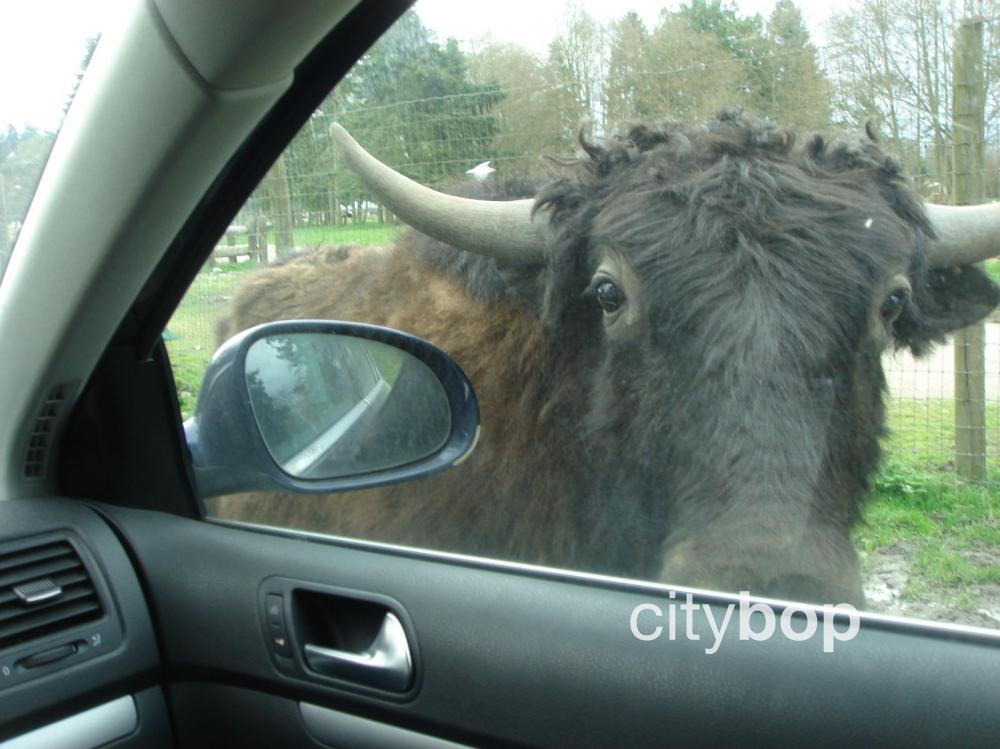 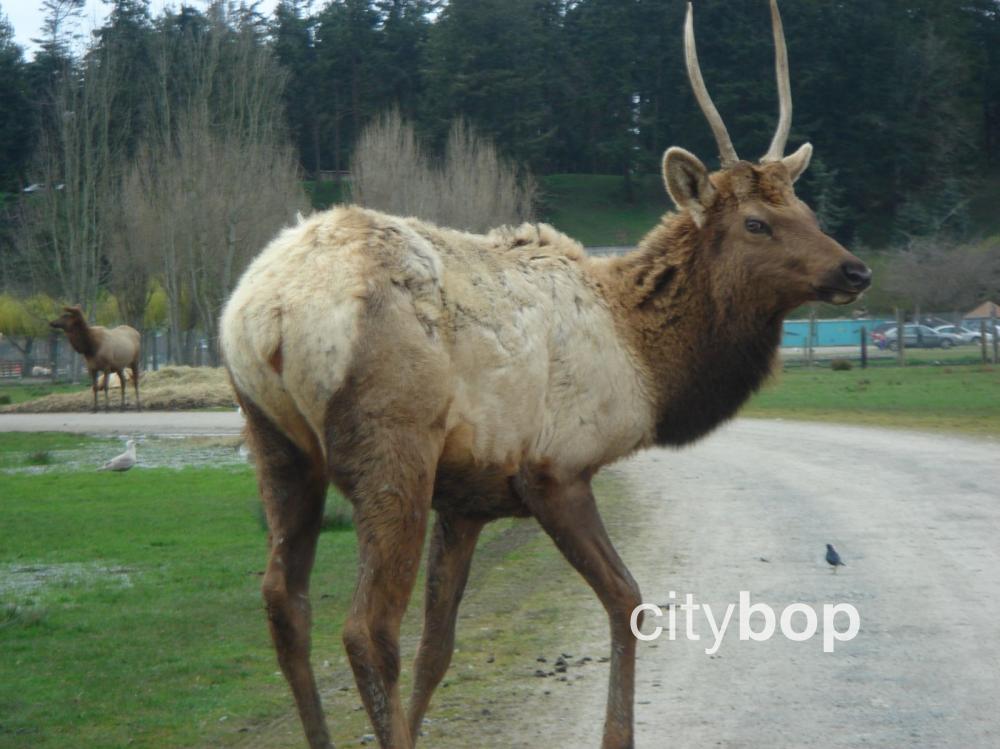 Roosevelt elk were named after President Theodore Roosevelt, who established the nearby Olympic National Park where this species originated from. 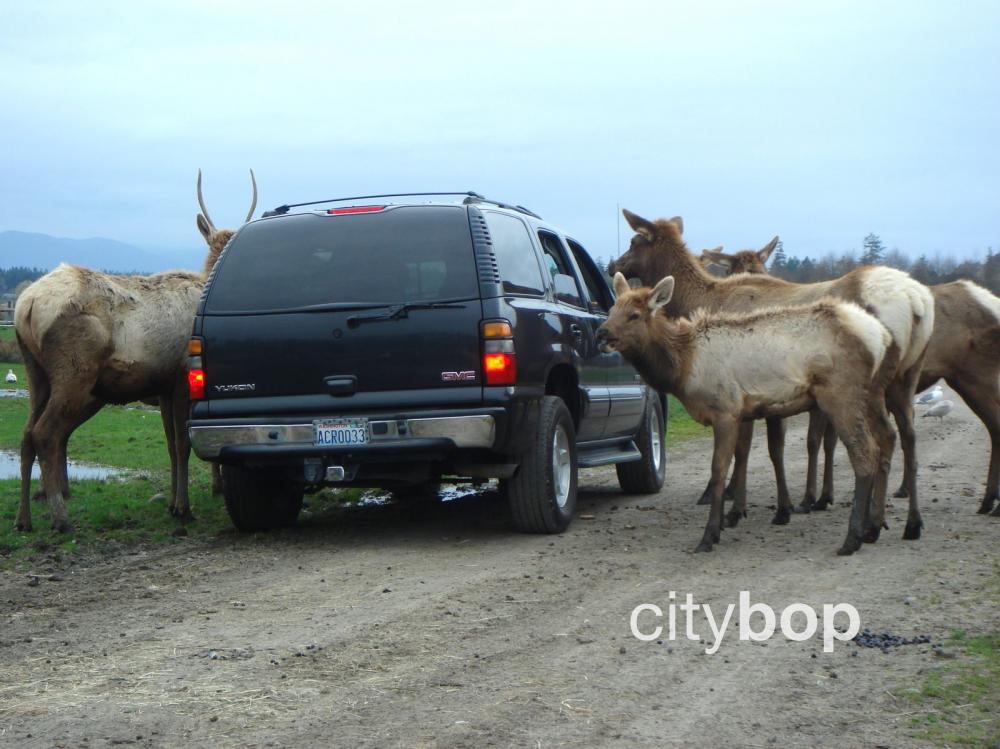 Only male Roosevelt elk have antlers, which grow in spring then shed in early winter.

4. Count all the black and white stripes on a zebra! 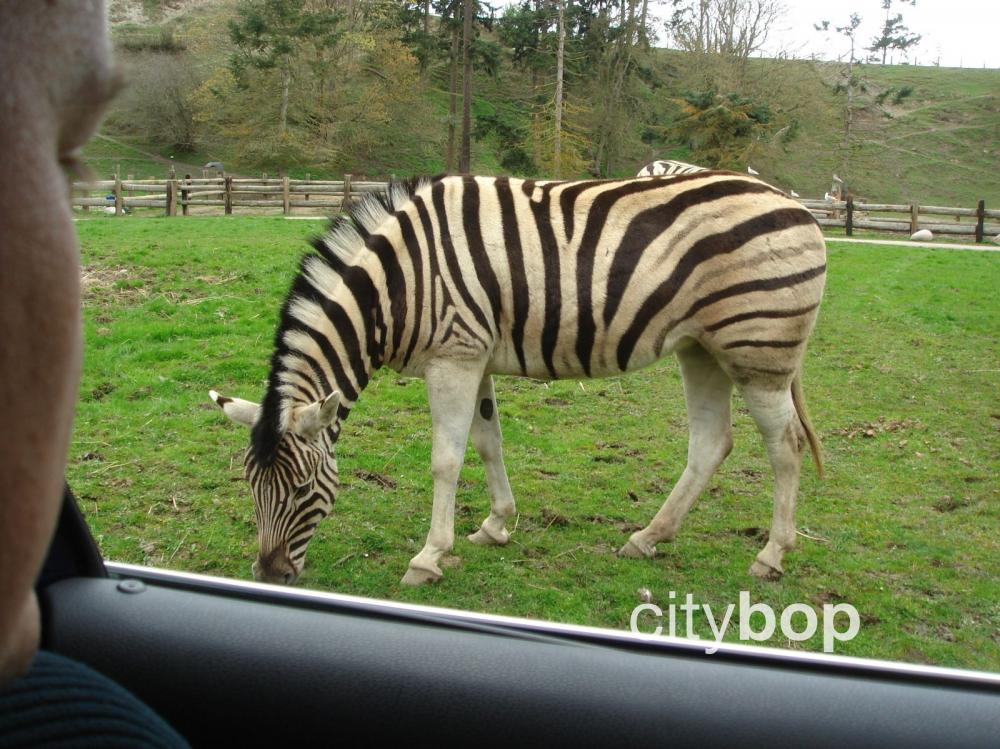 Zebras are too unpredictable to be domesticated, and unlike horses, they cannot be ridden. 6. Take a close look at the rhinoceros horn made from keratin, the same as human fingernails! 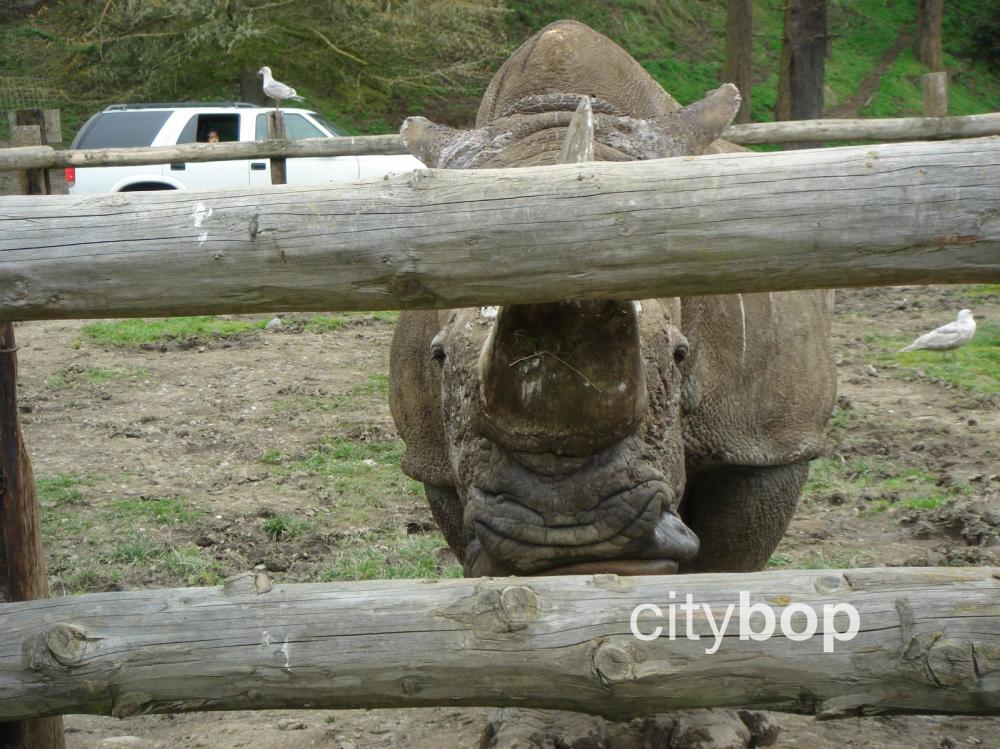 7. Meet the friendly Fallow Deer. They are usually gingery brown, but there are rare examples of albinos. The female Fallow Deer is a doe. Only the male bucks have antlers. 8. See if you can find a Spotted Fallow Deer. 9. Feed the llamas at the Family Farm. See llamas, horses and rabbits at the Family Farm at the Olympic Game Farm. Llamas are extremely smart and sociable animals, but they are known to spit if they are upset. 10. Climb the tower for great views over the Olympic Game Farm. Things to do near the Olympic Game Farm