Roslyn is 1.5 hours east of Seattle, just off Interstate 90 in the beautiful Cascade Ranges near Seattle.

This former coal mining town is famous as the filming location for the iconic 1990's TV show Northern Exposure.

Roslyn's main street resembles an Old West town, with false-front wooden buildings, and one of the oldest saloons in the world. Many of the original buildings are intact, making you feel like you're stepping on the set of an old western movie.  In 1978, the downtown area in Roslyn was included on the National Register of Historic Places.

Roslyn is a tiny town, but there's still lots to explore.  Stop by the quaint museum to learn about Roslyn's coal mining boom in the 1880s, have a few beers at the historic Brick Saloon, or a bite to eat at friendly Roslyn's Cafe.  The stunning Swiftwater Cellars is only a 3.4 mile drive away from Roslyn, and the perfect place for wine tastings or lunch.

Stay at the boutique hotel, Hotel Roslyn, in Roslyn's downtown.

10 best things to do in Roslyn

Even decades later, fans still come to Roslyn in search of Northern Exposure locations, filmed at this location from 1990 to 1995. Check out this self guided Northern Exposure Walking Tour to see key highlights, like Dr Joel's Office, KBHR Radio, and Shelley and Holling's Bar. 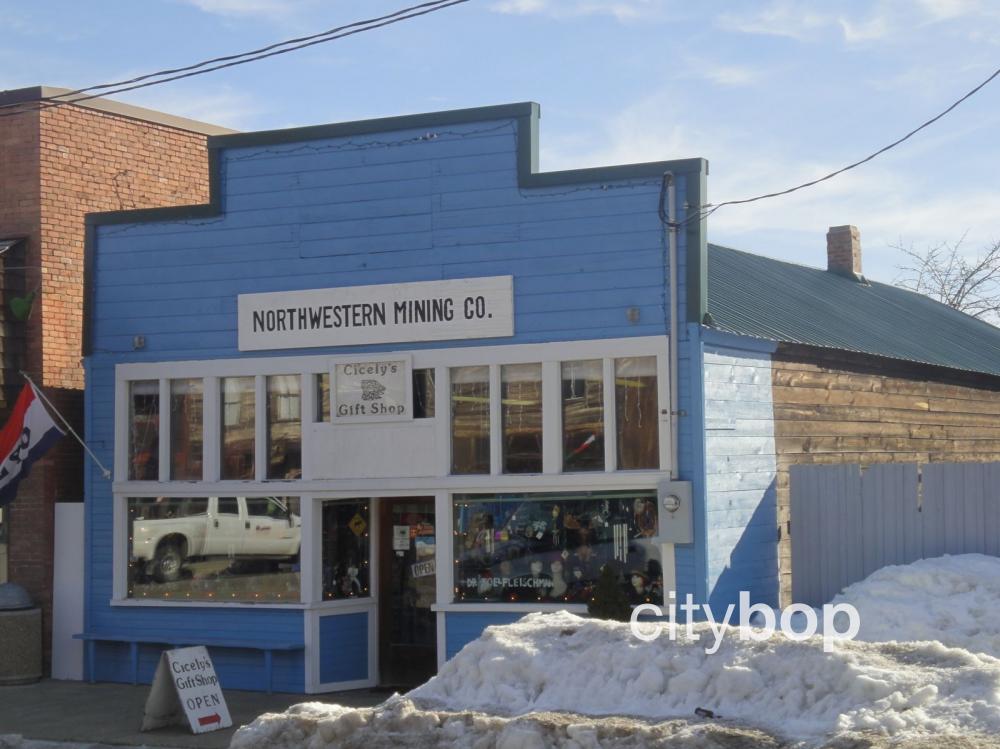 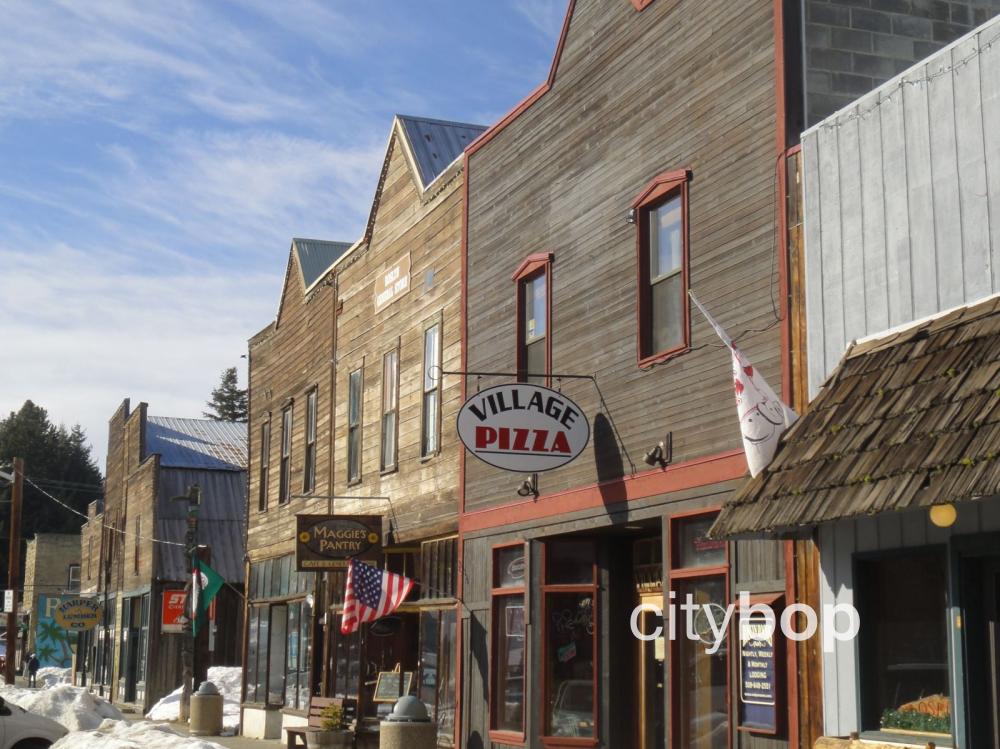 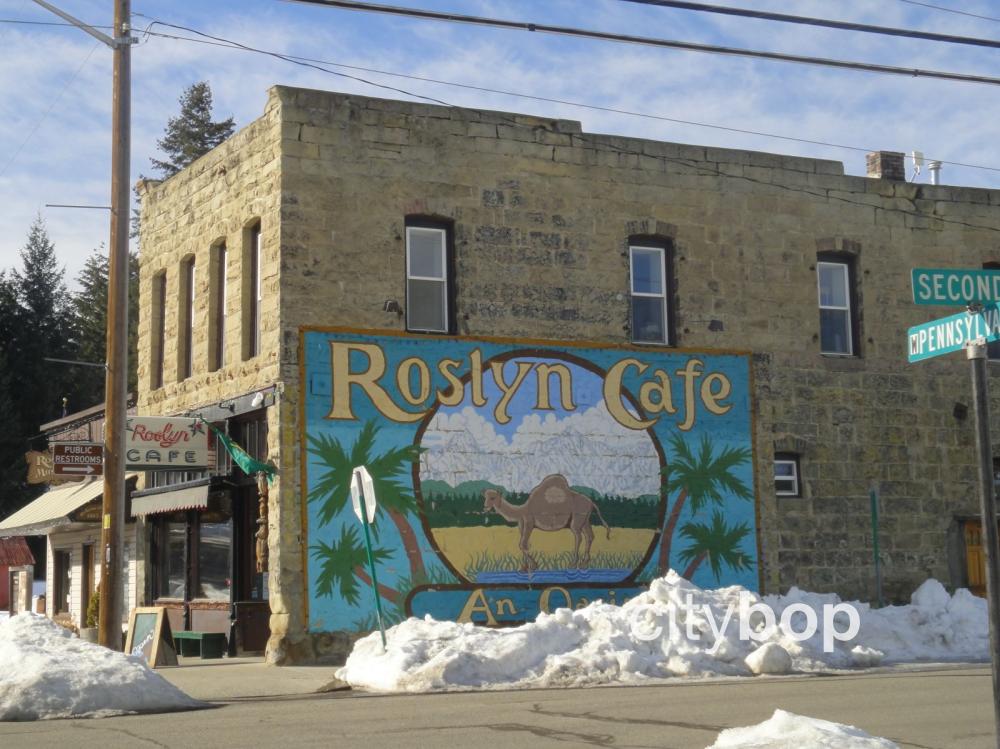 The Roslyn's Cafe mural with the iconic camel, was also in the opening credits of the series (201 West Pennsylvania Avenue).

This really cool street looks like something out of a wild west town. The clapboard, false-fronts buildings were constructed during the 1880s when Roslyn was a booming coal mine town. At the height of the boom its population swelled to over 4,000 people, but since the closure of Roslyn's last coal mine in the 1960's, its population now hovers around 900 people. 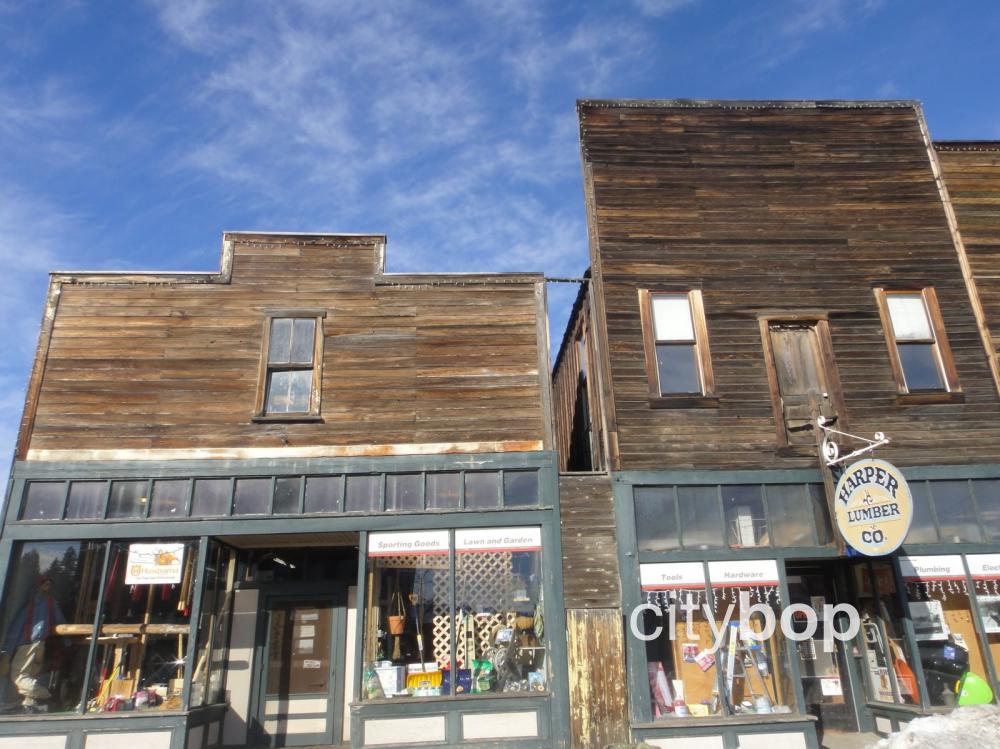 The row of stores along Harper's Front on Pennsylvania Avenue are beautifully preserved, and have been standing since the 1890s. 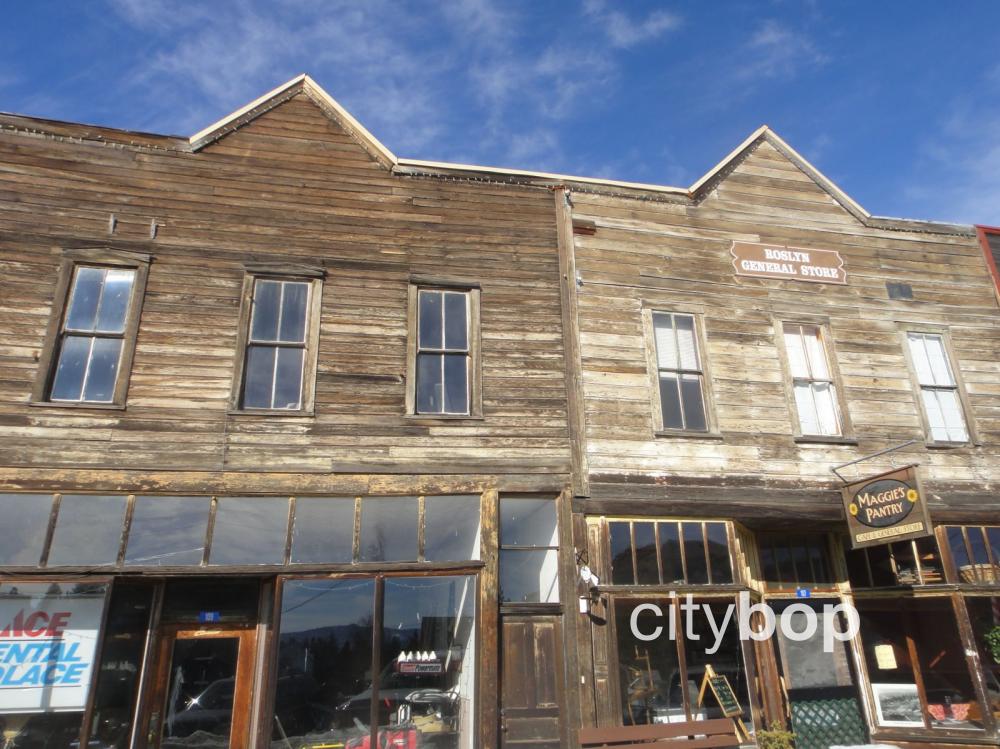 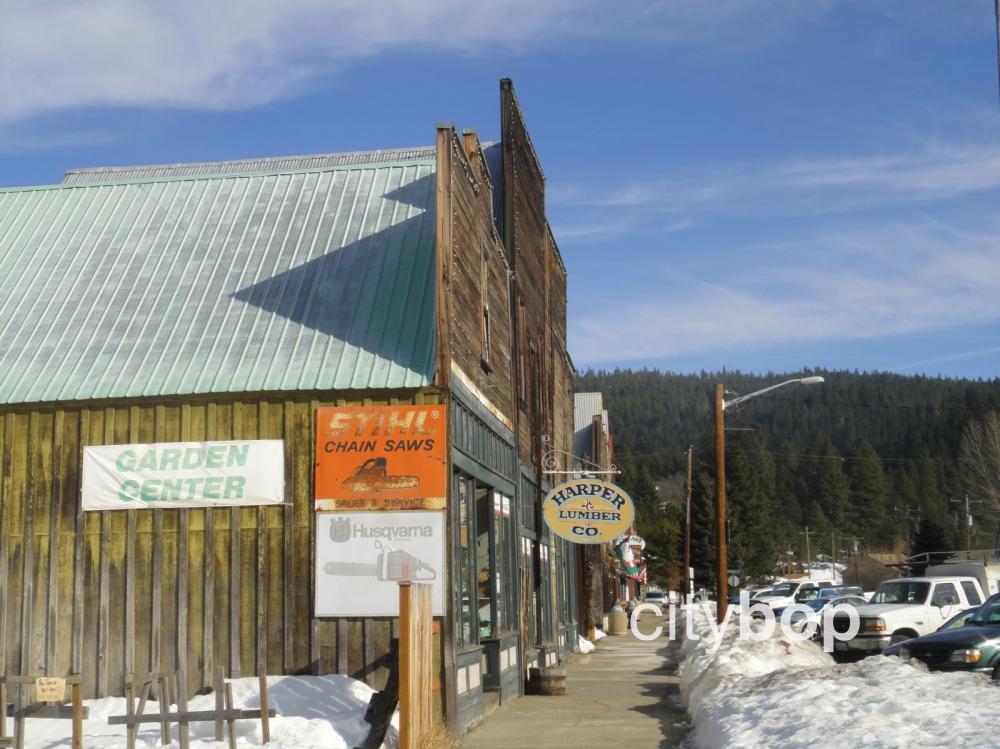 3. Learn about the fire that destroyed much of Roslyn in 1888.

After a fire destroyed much of Roslyn's commercial area in 1888, buildings were rebuilt using brick and locally quarried sandstone. These included the Brick Tavern (1889) the Northwest Improvement Company Building (1889), Roslyn Cafe (1896) and the Piemonte Saloon (late 1800's).

The Piemonte Saloon (below) is now an events venue known as StoneHouse 101, popular for weddings. 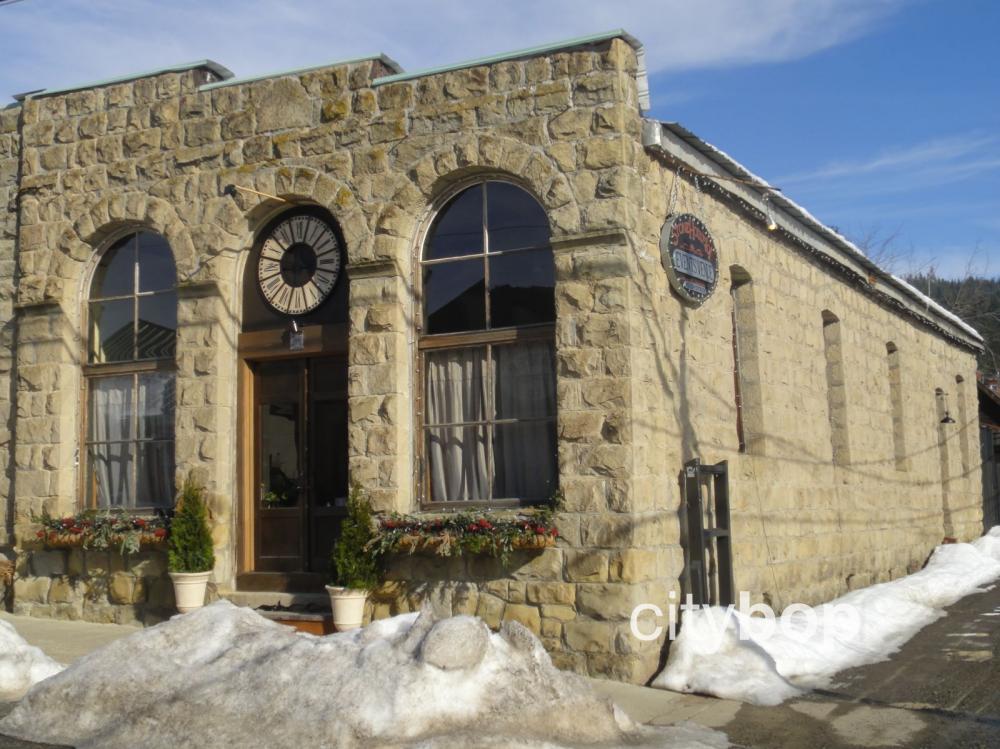 4. Stop by Basecamp Books and Bites, a bookstore, restaurant and bar in downtown Roslyn.

Basecamp Books and Bites has a super fun atmosphere and is at the heart of the Roslyn community. Enjoy cocktails, wine, beer and cider at the bar, warm up at the firepit with outdoor seating, pick up a book, local hiking map or Pacific Northwest themed gift, and relax in the restaurant with a kid's menu for families.  They even set up outdoor movie nights in the grassy lot next door!

5. Visit the Roslyn Museum to learn about the biggest mining disaster in Washington history.

The small Roslyn Museum does a great job of bringing history back to life, explaining this town's mining roots, and showcasing a collection of items from Northern Exposure. Check open hours.

Roslyn was founded in 1886, after coal deposits were discovered by surveyors from the Northern Pacific Railroad.  The mines were seven levels deep, extending an incredible 2,700 feet below the town of Roslyn.

However, coal mining was a dangerous profession, and many miners lost their lives.  In 1892, an astounding 45 coal miners perished when an underground explosion in the Northern Pacific Coal's Number 1. coal mine in Roslyn caused the worst mining disaster in Washington State History.  Families were devastated, with 29 women lost their husbands, and 80 children were left fatherless. In 1909, another 10 coal miners lost their lives in an explosion at Number 4. coal mine. 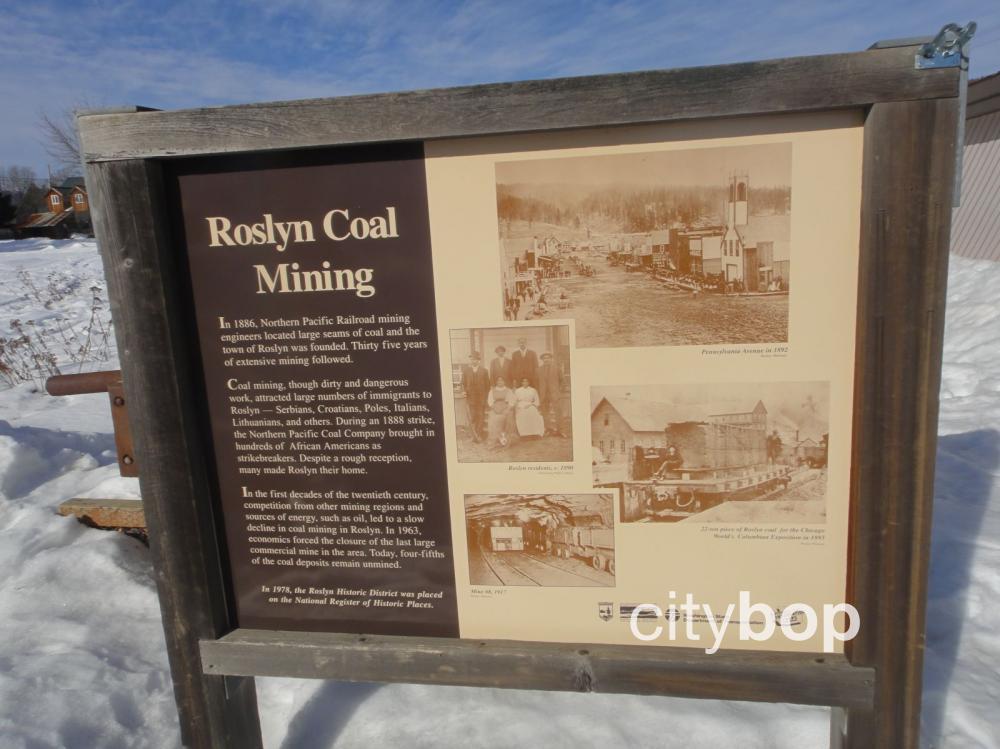 The height of the boom was in 1910, when 2 million tons of coal were being dug up each year.  The industry boomed for 35 years, supplying coal for the steam engines operating in the Cascades Ranges.  When the steam engines converted to diesel, the boom was over, and the last coal mine in Roslyn closed down in 1963. 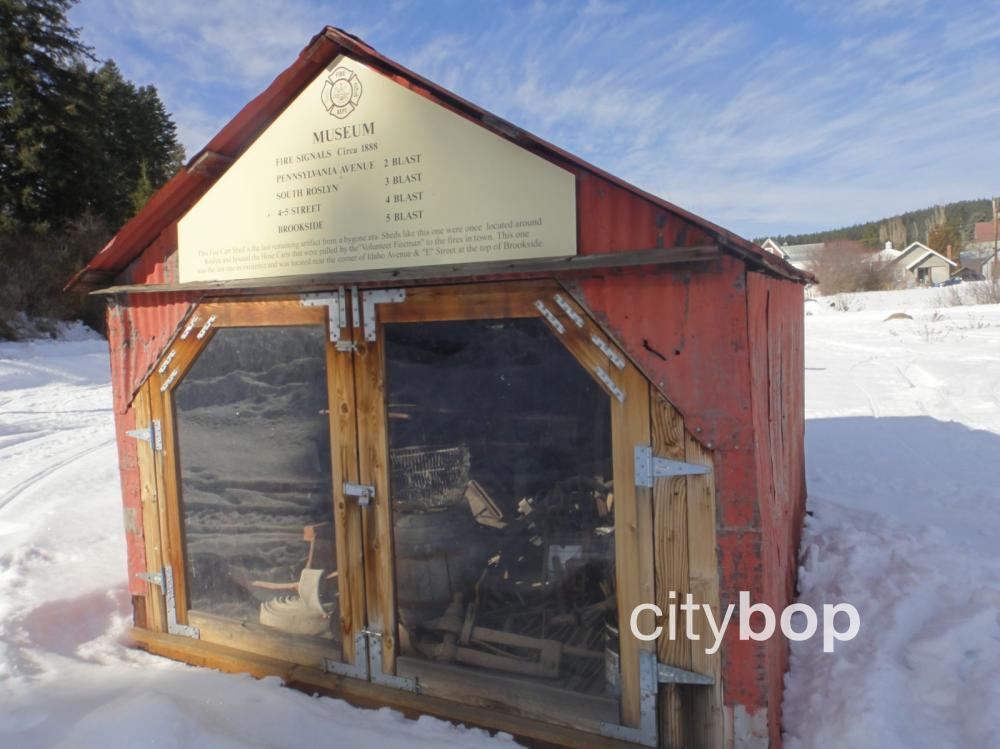 This Fire Cart Shed from 1888, was one of many stationed around Roslyn, with easy to access equipment for the volunteer fire fighting workforce. 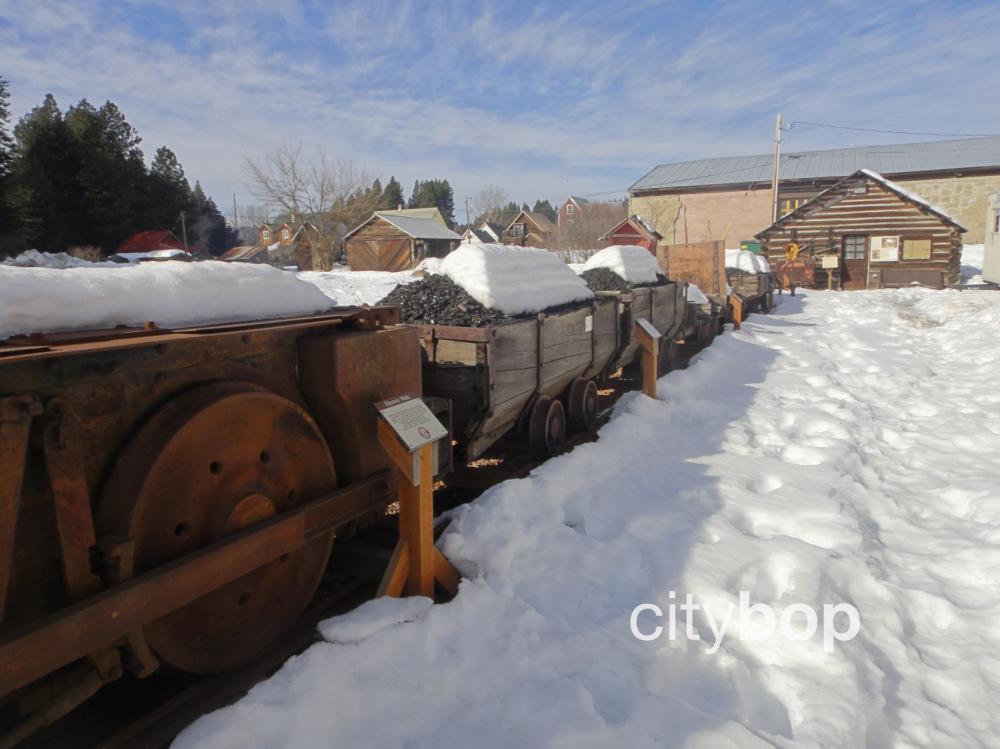 These are the original wooden carriages that transported loads of coal from the Roslyn mines, holding 2,000 pounds of coal each. 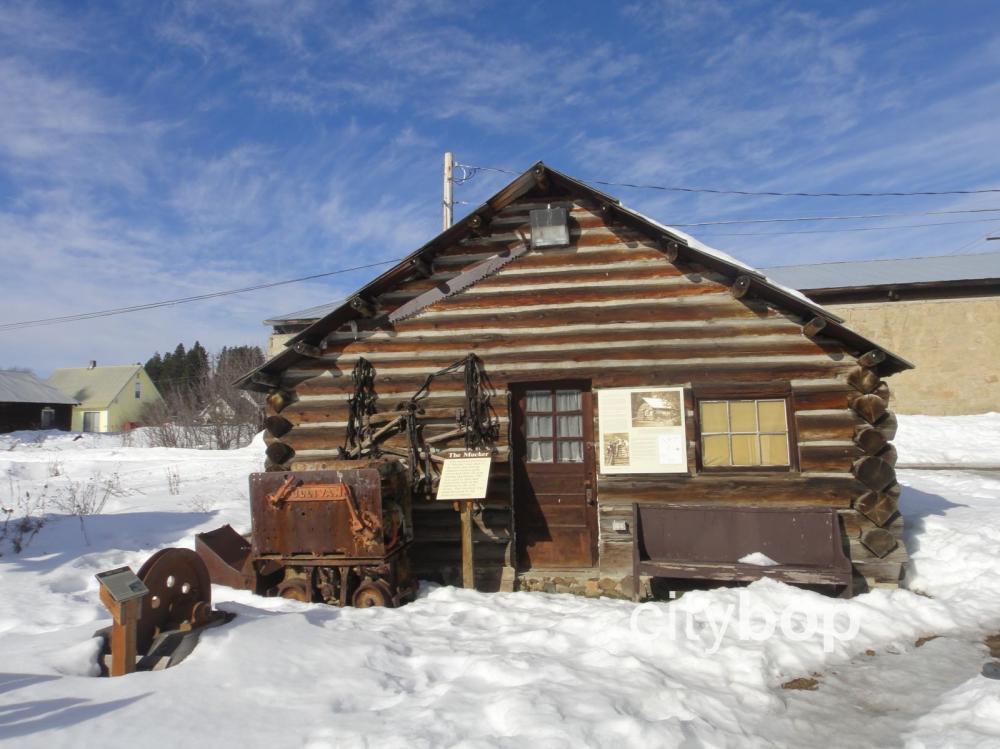 The relocated Kerstetter Cabin was constructed in the 1930s, by a prospector hoping his family could take advantage of the amazing tales of gold and iron deposits in the surrounding area. 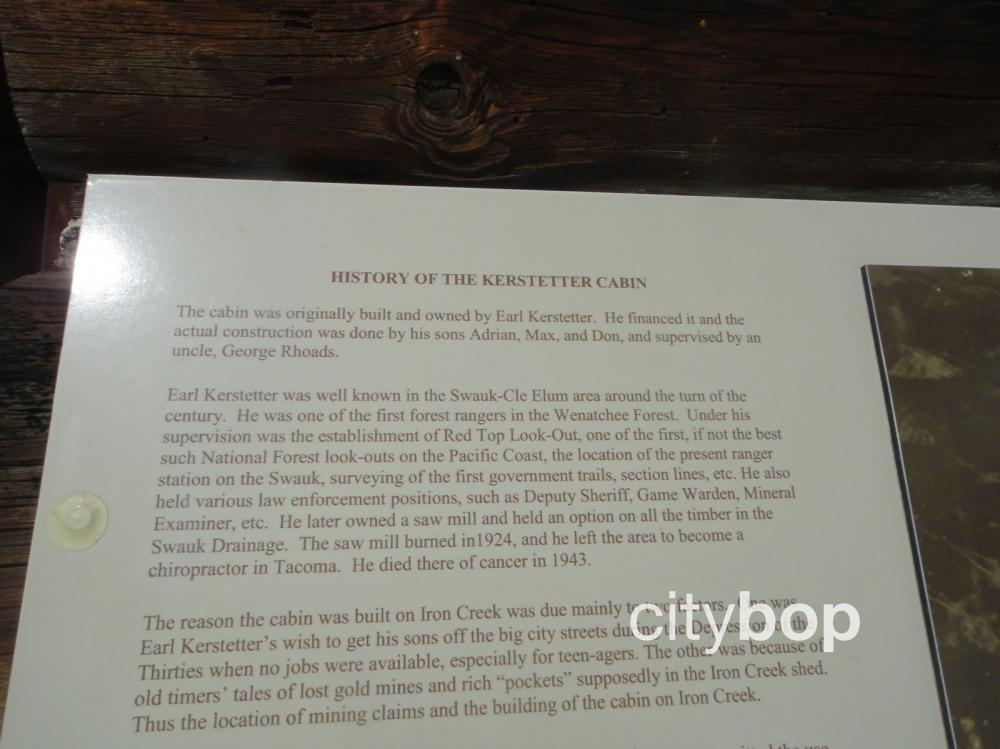 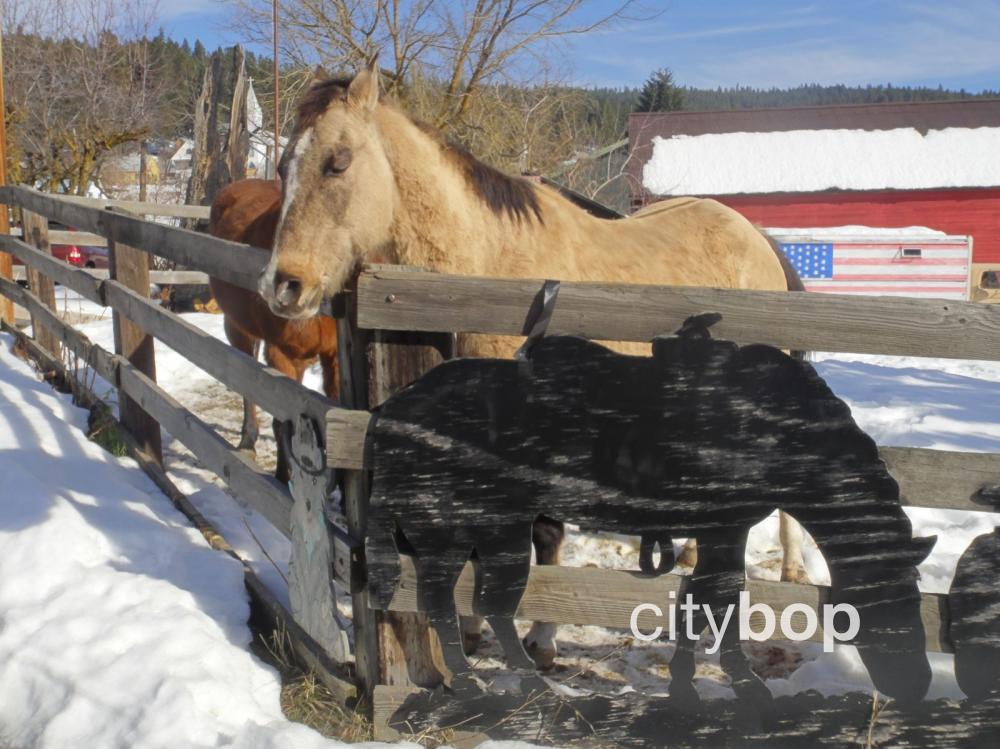 The Coal Mines Trail stretches 4.7 miles from Cle Elum to Roslyn then Ronald, following the old route of the Northern Pacific Railway Line on a dirt track. It passes key landmarks like the site of Northern Pacific Coal's Number 1, where 45 men lost their lives.

You can access the Coal Mines Trail behind Roslyn on the corner of E Pennsylvania Avenue and S A Street, and there's a small sign with a parking area there. It's also marked on Google Maps, or you could stop by the Roslyn Museum to get more information.

The Roslyn Cemetry has an incredible piece of history, where you can visit the gravestones of all 45 men who died in the 1892 mining explosion.

These men had come to Roslyn from all over the world to take part in the boom and strike it rich. If you visit the Roslyn Cemetery, you'll see it divided into an astounding 26 different ethnic groups or lodges, including Serbians, Italians, Poles, Lithuanians and Croations.

There was a huge funeral procession down the main street of Roslyn, but the lives of the women and children left behind were forever devastated.

8. Eat at the Roslyn Café with the iconic camel mural.

Everyone who visits Roslyn is immediately drawn to the camel mural on the main street, made famous by the 1990s Northern Exposure tv series. The camel mural pre-dates the series, painted in the 1980's by artist Dan O'Conner. An 's' was added during filming, to make it Roslyn's Cafe in the fictional town of Cicely, Alaska.

The Roslyn Cafe was constructed in 1896, and originally operated as a merchandise store and liquor shop. Today it's a lovely cafe. 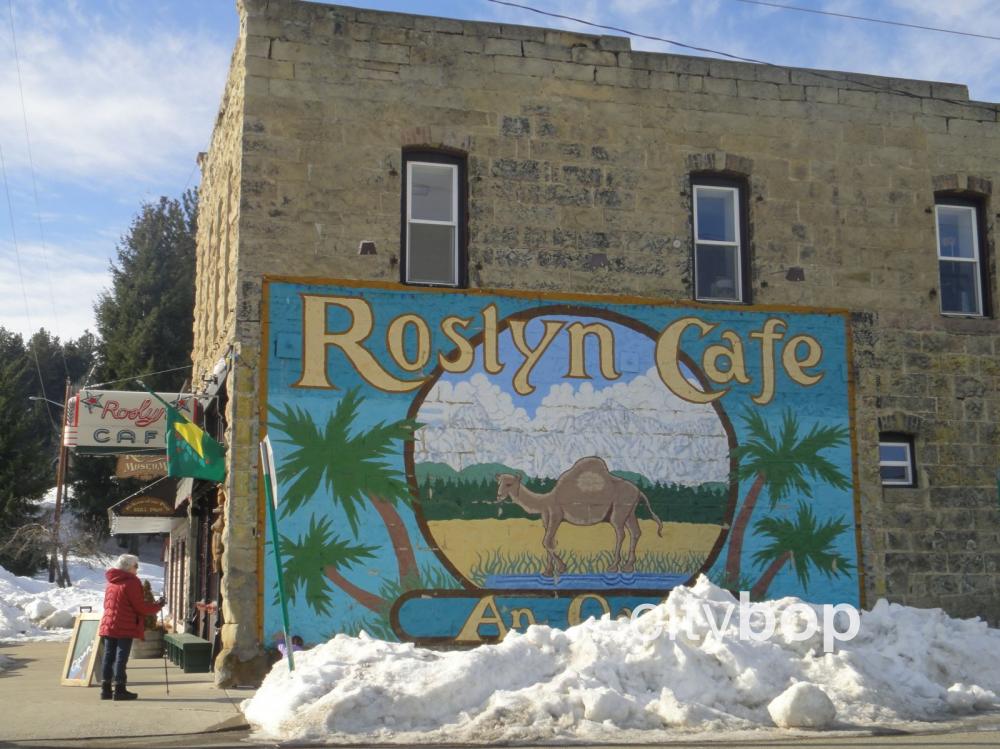 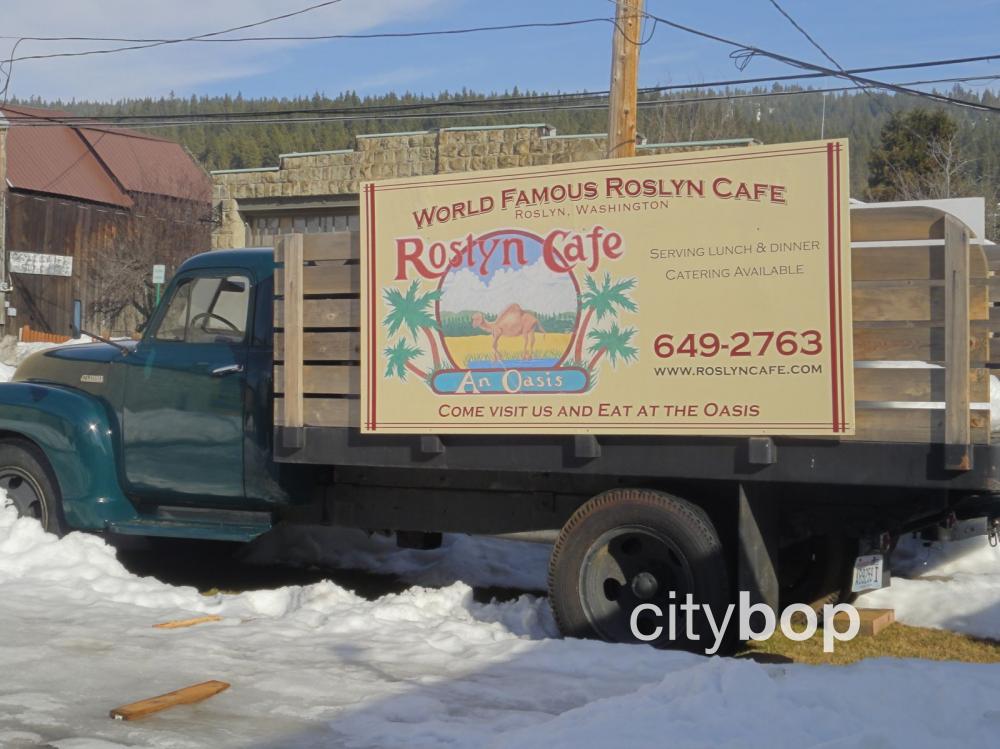 9. Catch a show at the historic Roslyn Theater.

The Roslyn Theater oozes rustic charm, and has cosy seating for up to 100 patrons (101 W Dakota Avenue, check show times). It's interesting to learn that this building was previously a mortuary! 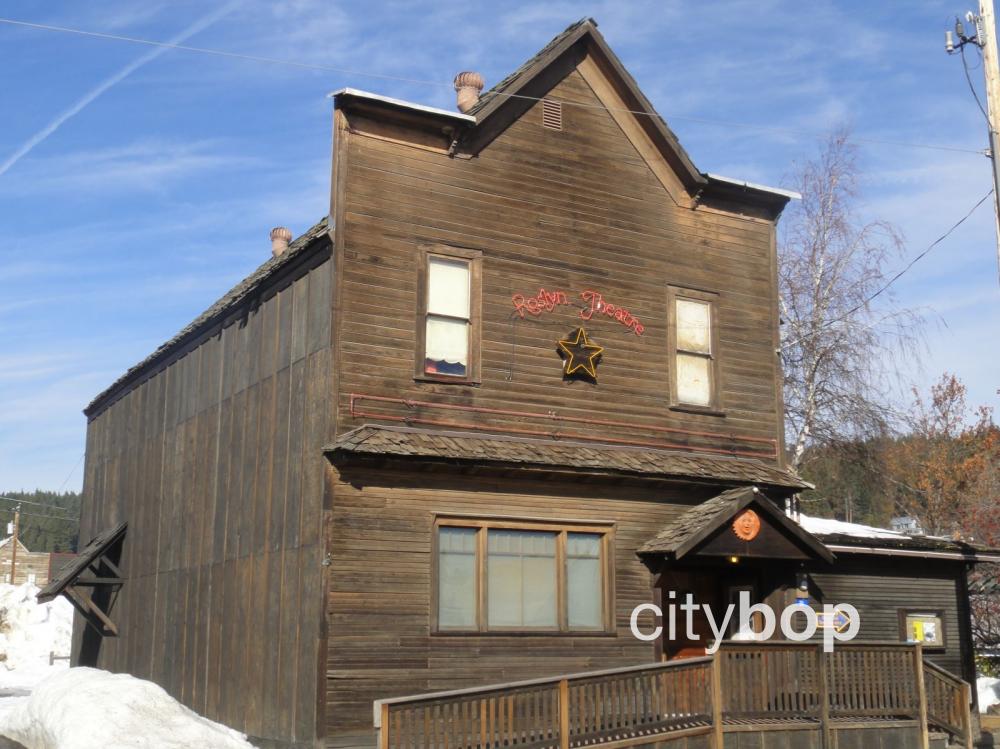 10. Stop by for a drink at the famous Brick Saloon, which has operated since the 1880s on Pennsylvania Avenue.

The Brick Saloon oozes history, and opened in 1889.  Step inside to see the Brick's magnificent, 100 year old bar originating from England, with an original 23' running water spittoon to wash away waste. 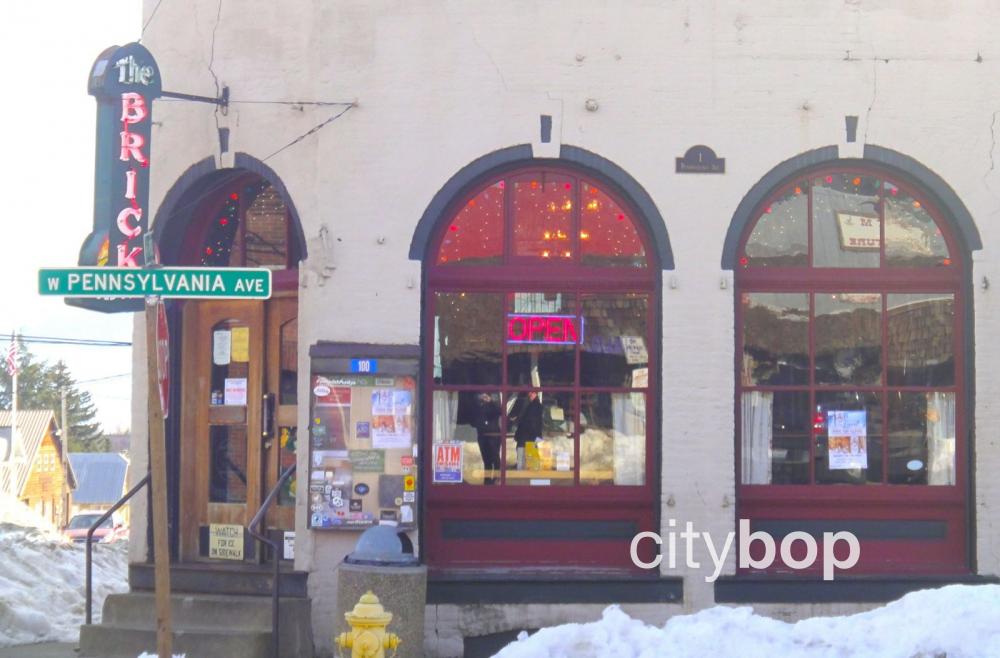 ​Fun things to do near Roslyn.

The Swiftwaters Cellars Winery is 3 miles from Roslyn, housed in a beautiful northwestern style lodge at the site of the historic Roslyn Number 9. coal mine. It's the perfect place for a relaxing lunch or a wine tasting at the bar, and the restaurant offers patio dining in summer in a superb natural setting.

One hour west of Roslyn on the way back to Seattle, visit stunning Snoqualmie Falls, Twin Falls at Olallie State Park, or beautiful Rattlesnake Lake.