See the breathtaking Point Wilson Lighthouse from the An Officer and a Gentleman (1982).

The Point Wilson Lighthouse is 2 hours from Seattle at Fort Worden on the Olympic Peninsula. The nearest town is the historic seaport of Port Townsend

To get there from Seattle, take the Bainbridge Island Ferry (25-minutes), then drive 1.5 hours north to Fort Worden. The parking lot is near Battery Kinzie at Fort Worden, at the end of Harbor Defense Way.

The Point Wilson Lighthouse is an active navigational aid operated by the Coast Guard, and is not open to the public, but it's still possible to get a close-up look at it.  The Chief's House is directly behind the lighthouse, and has a 4 bedroom/2 bathroom house available to rent.

1. Point Wilson Lighthouse is 51-feet high, and the tallest lighthouse in Puget Sound. 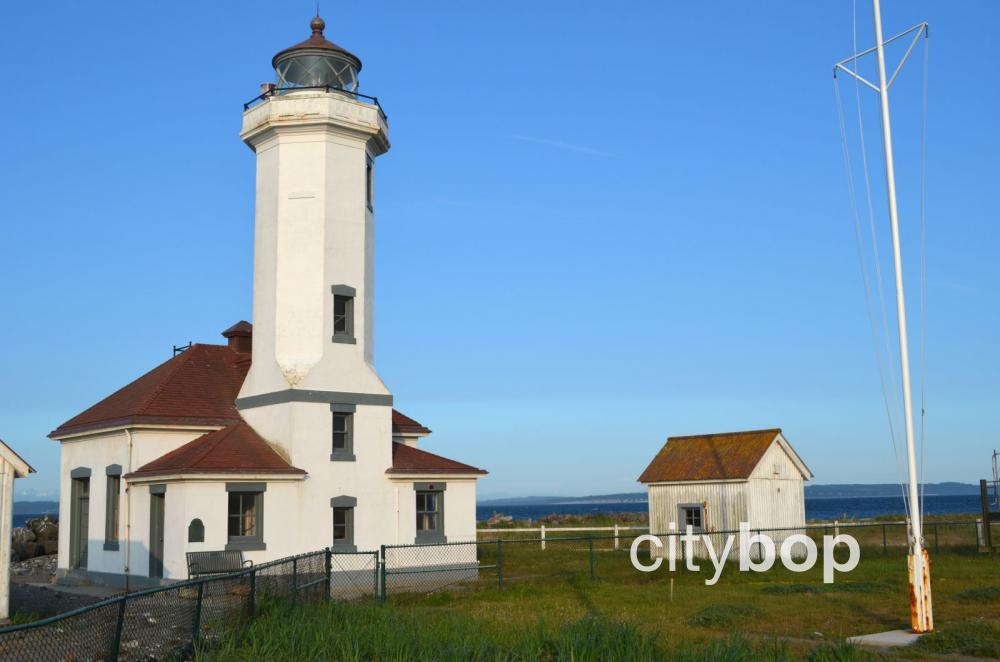 2. It's at the breathtaking entrance of Admiralty Inlet, at the northern end of Puget Sound. 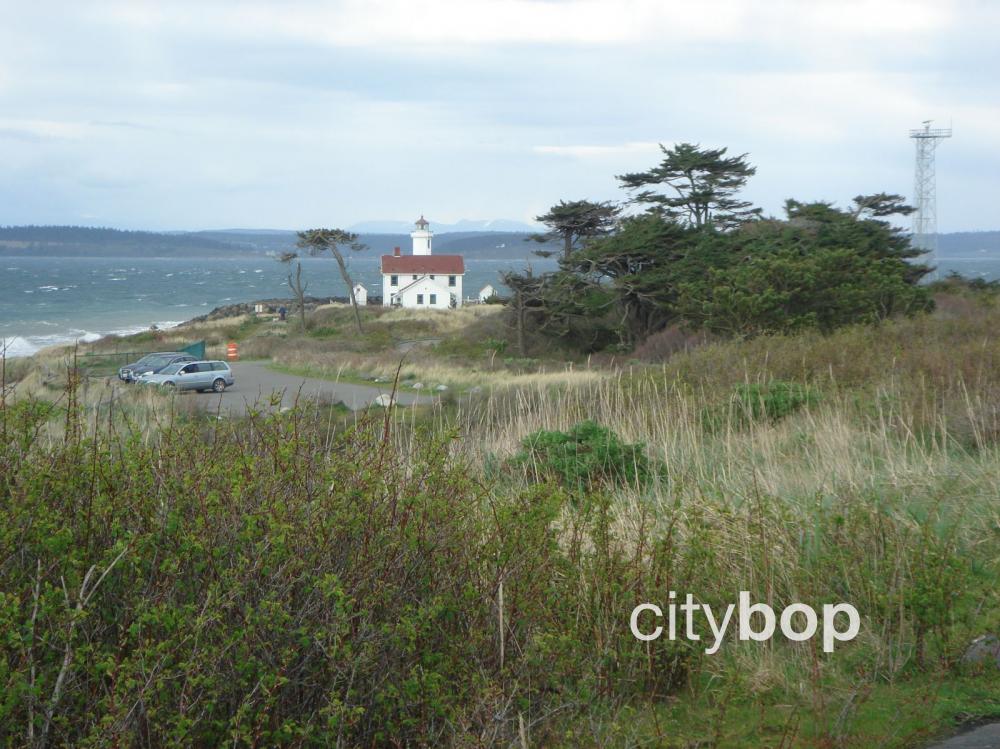 3. It was originally activated atop the lighthouse keeper's building in 1879, then moved to its current position in 1913. 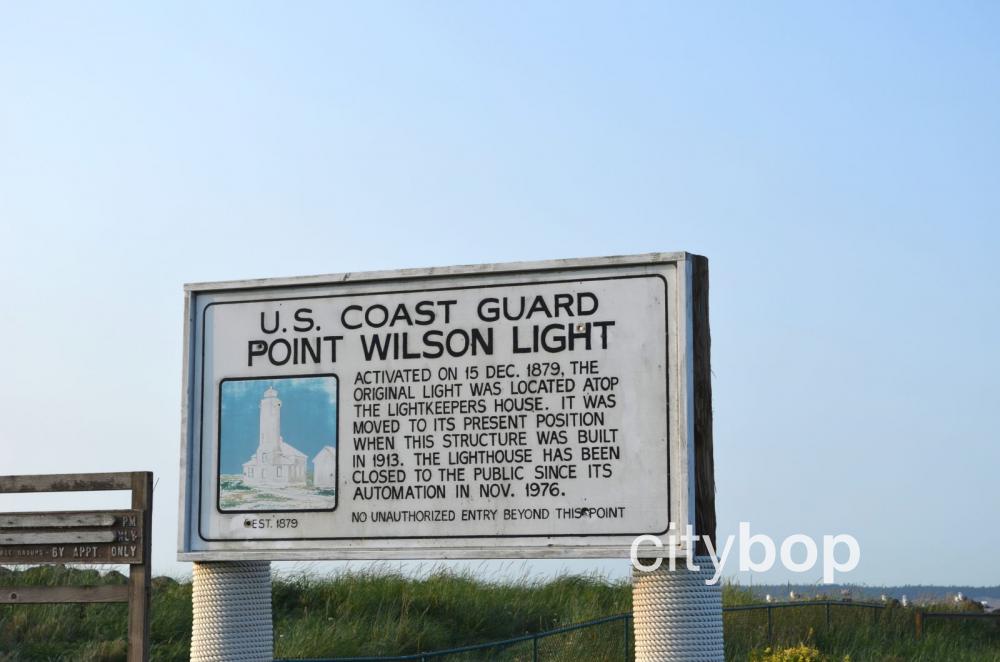 4. Point Wilson Lighthouse was automated in 1976 and closed to the public, but you can rent the single story Chief's House behind it. 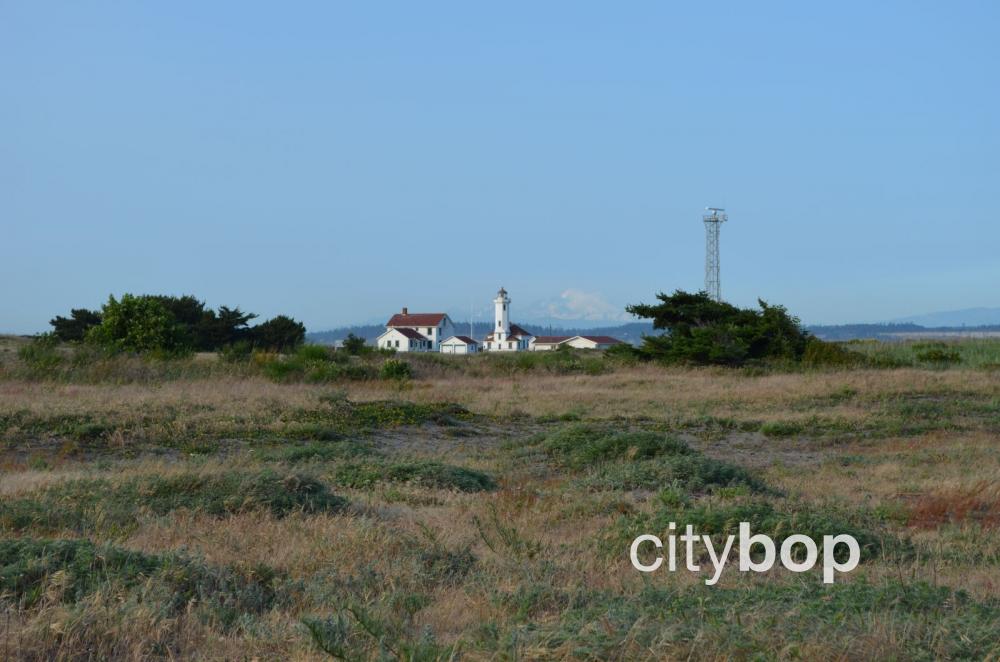 5. The lighthouse is on a dramatic sandy spit with distant views of snowcapped Mt Baker. 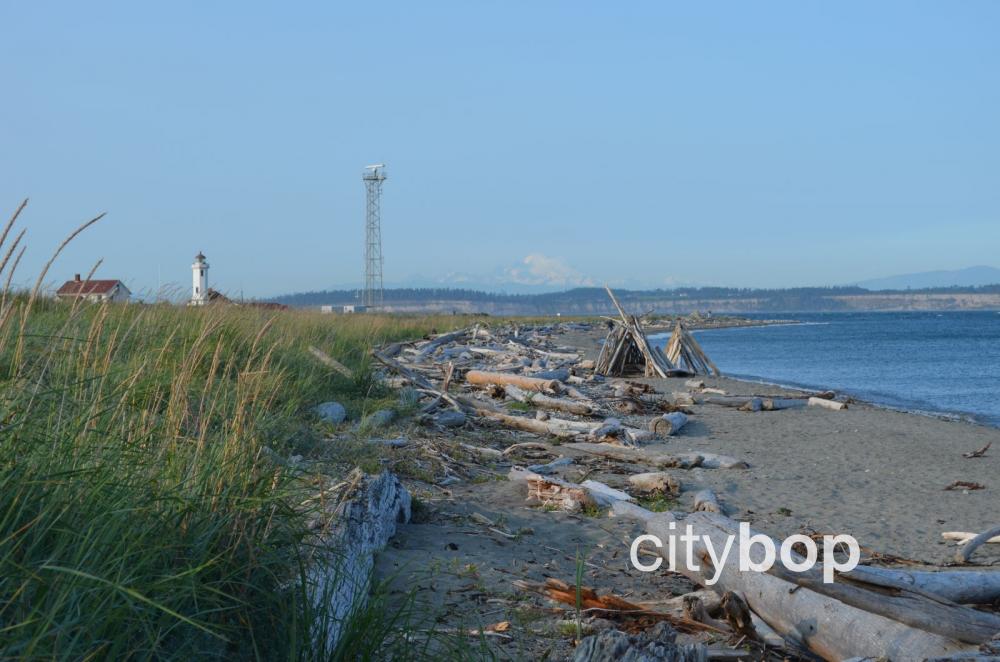 6. The beach to the west of the Point Wilson Lighthouse has views of Whidbey Island. 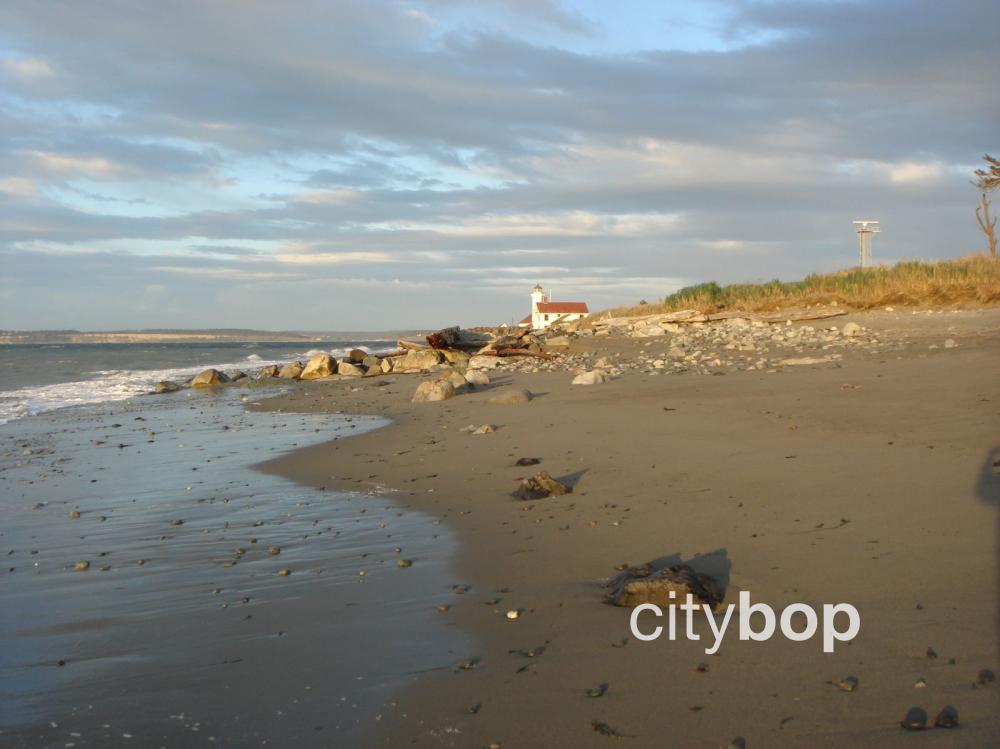 7. The beach and lighthouse were also featured in the hit movie, An Officer and a Gentleman (1982). 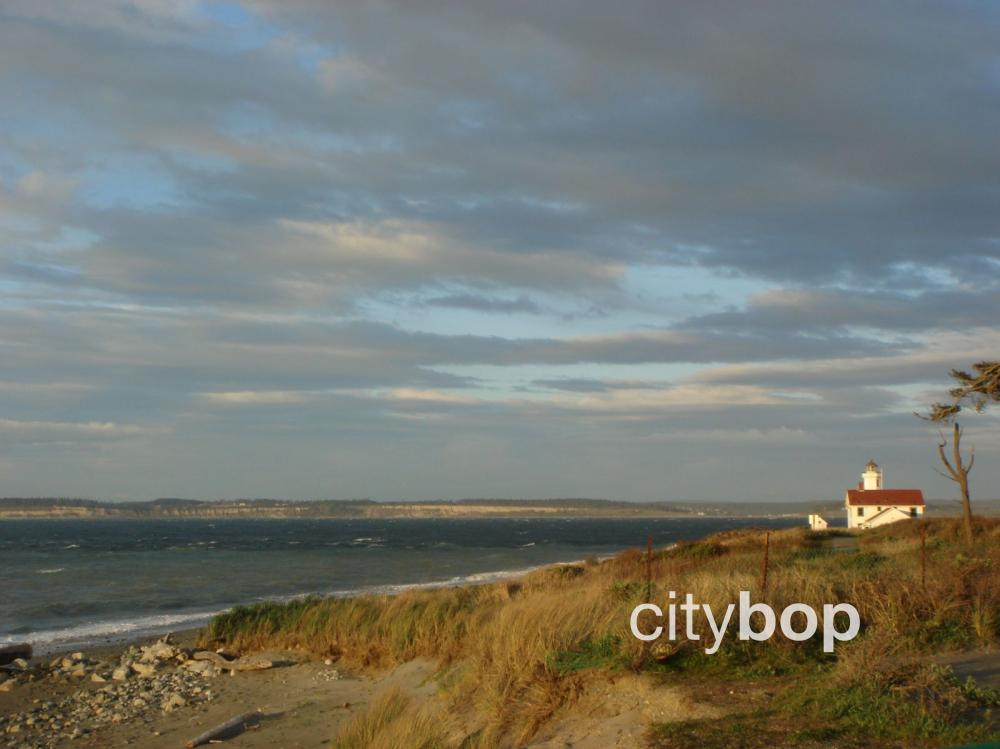 8. Point Wilson Lighthouse and the keepers quarters have flooded many times during storm surges, and will need to be moved. During a particularly bad 2006 storm, waves breached the rock wall and washed away the foghorn. 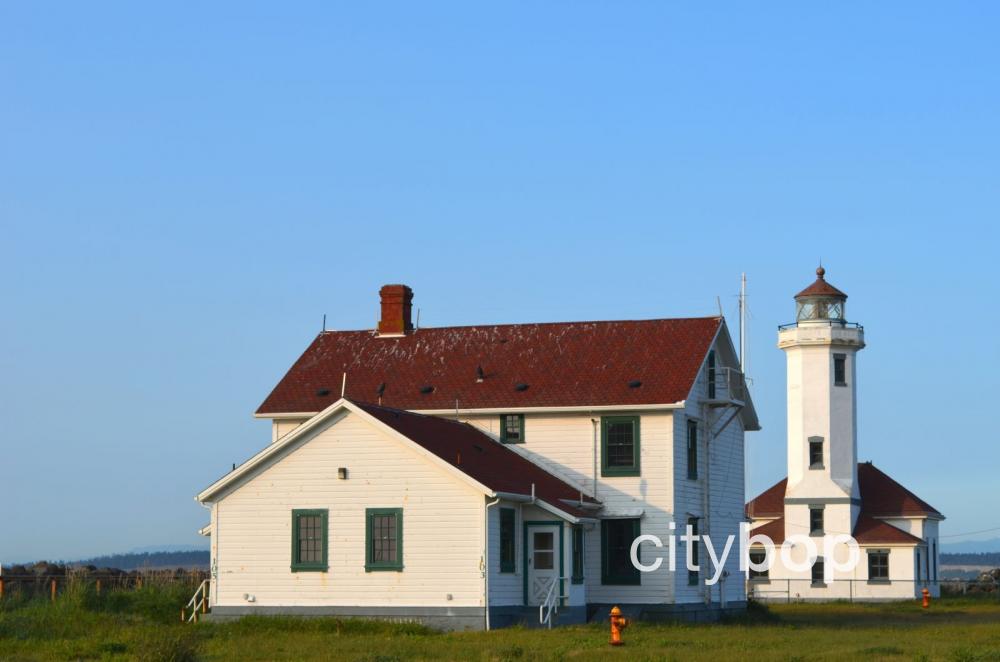 The U.S. Army set up a coastal defense system at Fort Worden in the 19th century, to protect foreign invaders from reaching downstream downs like Seattle or the shipbuilding town of Bremerton. Today you can explore a myriad of abandoned military batteries on Artillery Hill, while looking down on Point Wilson Lighthouse. 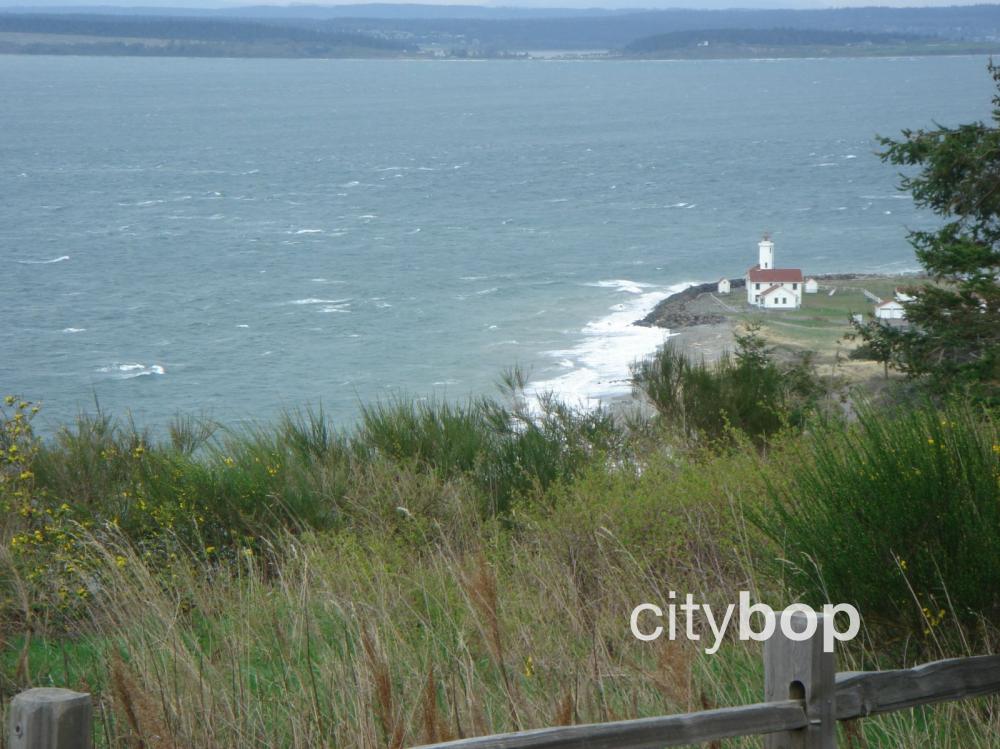 Or stay at Fort Worden, and book historic vacation rentals like Alexander's Castle and the Officers' Quarters. Discover the 10 BEST things to do at Worden State Park, like the Coast Artillery Museum, Commanding Officer's Quarters House, and Marine Center. There's also two lovely restaurants at Fort Worden; Taps at the Guardhouse and Reveille at the Commons. 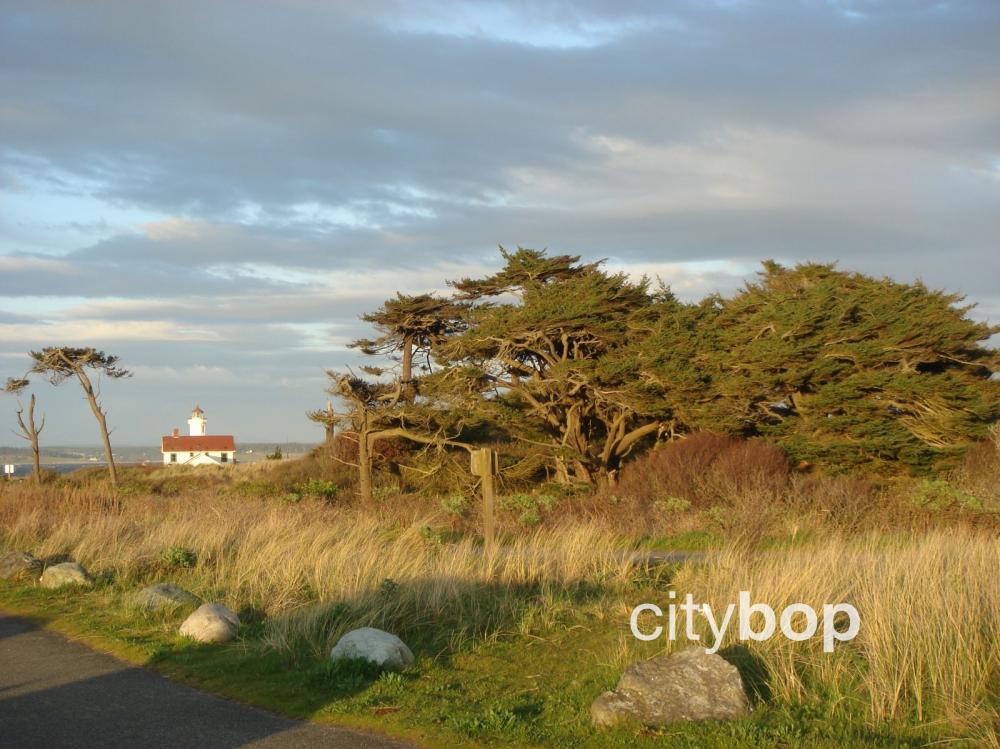 Beautiful Point No Point Lighthouse is 42 miles south and open for tours.  You can also stay at the adjacent Keeper's Quarters.  Along the way, stop at the charming township of Port Gamble with a lovely cafe and interesting museum.

If you're in Seattle, walk out to the popular West Point Lighthouse at Discovery Park.