See some of the world's biggest trees in the Quinault Rainforest.

The Quinault Rainforest is in southwest Washington State, and is home to the Valley of the Rainforest Giants with some of the biggest trees in the world. Only the sequoias and coast redwoods in California surpass these giants!  This area is one of the wettest places on earth, getting up to 12 feet of rain a year.

The best way to see the Quinault Rainforest is to explore some of the trails off Lake Quinault, and further upstream in the lush Quinault Valley.

Lodging: You can stay at one of 3 waterfront resorts on the lake, including Lake Quinault Lodge, Rain Forest Resort, or Lochaerie Resort.

Camping: There are also 3 campgrounds run by the U.S. Forest Service along the south shore of Lake Quinault (Willaby, Falls Creek, or Gatton Creek campgrounds).  The Olympic National Park also runs two wilderness campgrounds in a forested area northeast of the lake (North Fork or Graves Creek campgrounds), more popular with people who want to get away from it all.

Restaurants: Eat at two restaurants on the south shore of Lake Quinault (Roosevelt Dining Room at Lake Quinault Lodge, or Salmon House Restaurant), or stop by the cafe at the General Store for comfort food.

Getting there: The Quinault Rainforest is about a 3 hour drive from Seattle or Portland. Always check road conditions. 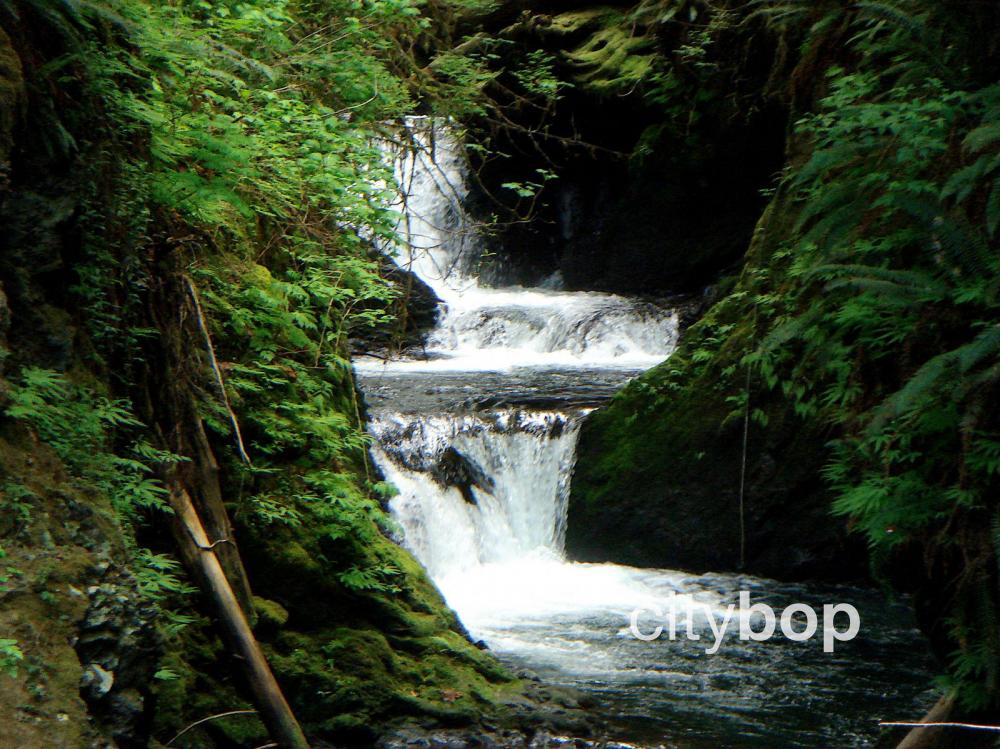 The Quinault Rainforest is home to five of the largest conifers in the world, including the Sitka Spruce, Douglas Fir, Yellow Cedar, Western Hemlock and Mountain Hemlock. The easiest of these giants to get to, is the World's Largest Sitka Spruce Tree, accessed at the end of a 10-minute trail near the Rain Forest Resort at Lake Quinault. This tree has an astounding 58 foot circumference, and is 1,000 years old!

The other four giant trees require long hikes to see, or are off undeveloped trails.  There was also a sixth giant tree on the north shore of Lake Quinault that was easy to get to (previously the largest Western Red Cedar in the world) but it has since fallen down. 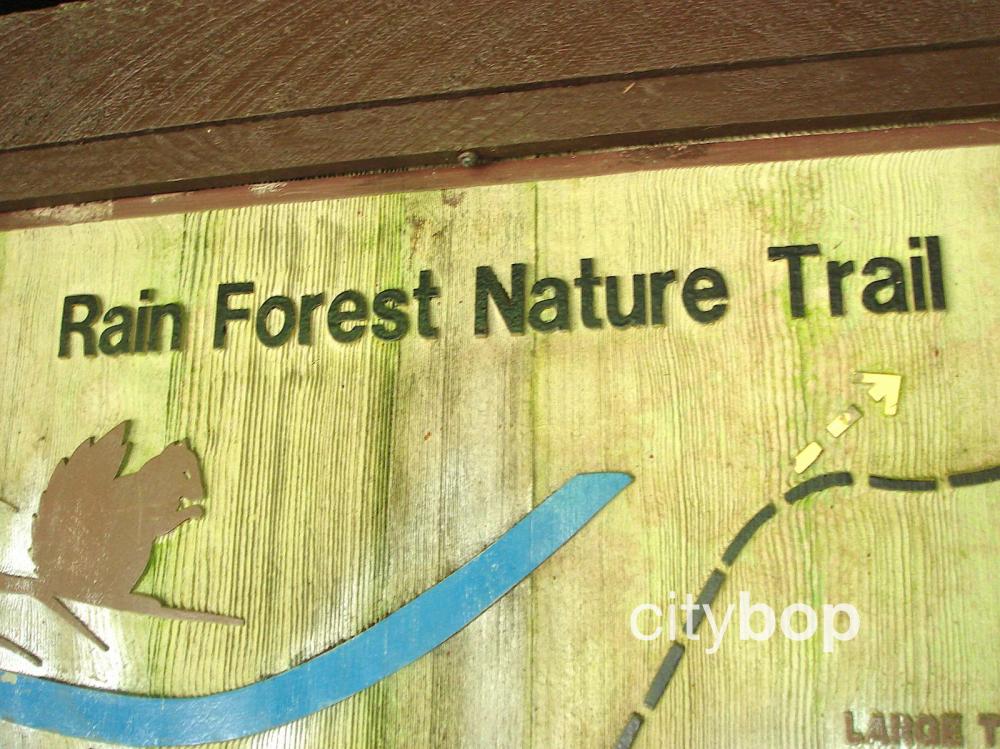 The most popular trail in the Quinault Rainforest is the Rain Forest Nature Trail Loop on the south shore of Lake Quinault.  To get there, drive 0.8 miles south of the Lake Quinault Lodge, and pull in to the small parking lot at the trailhead. 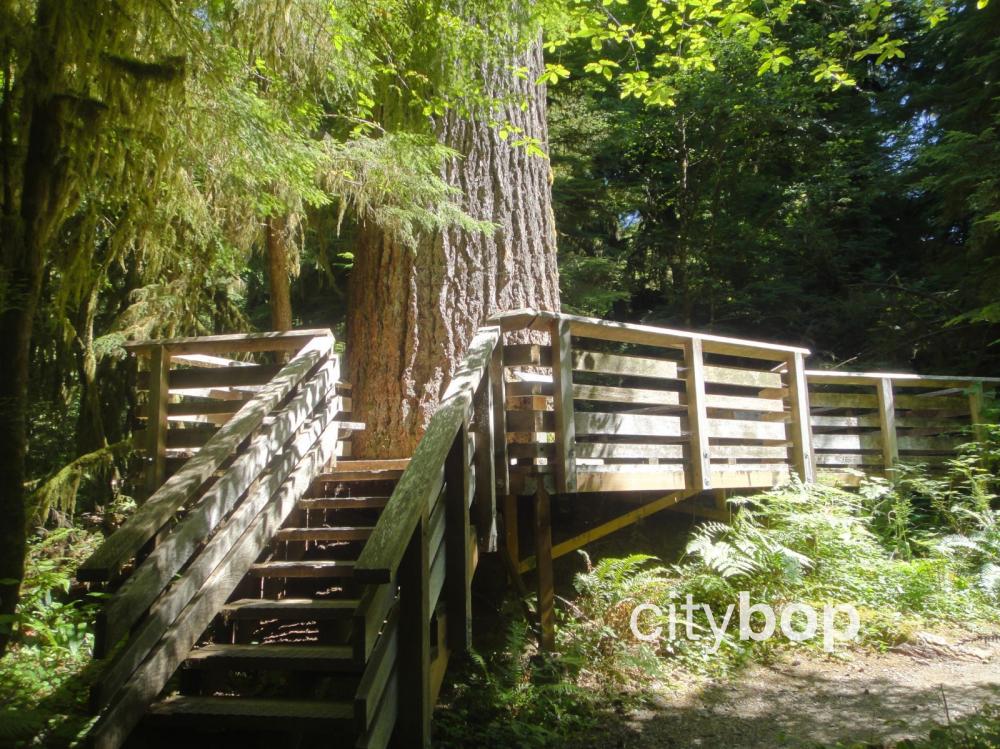 The 1/2 mile trail passes this incredible Douglas Fir, with a viewing platform so you can get up close! 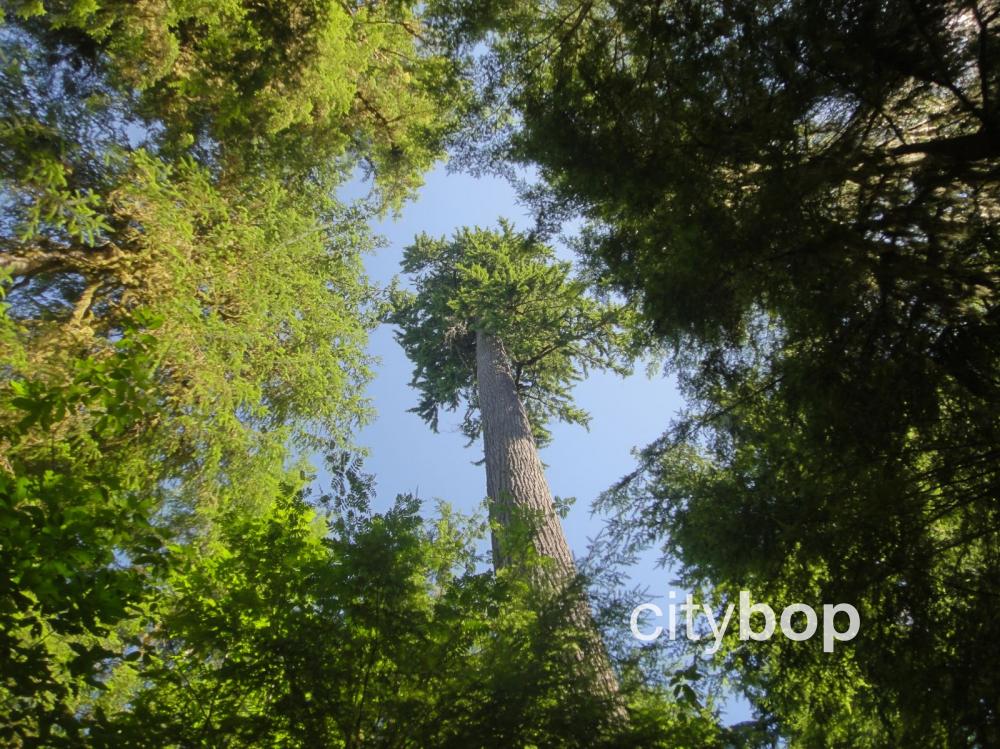 Peer up to the top of this magnificent Douglas Fir, that can live to up to 1,000 years old! 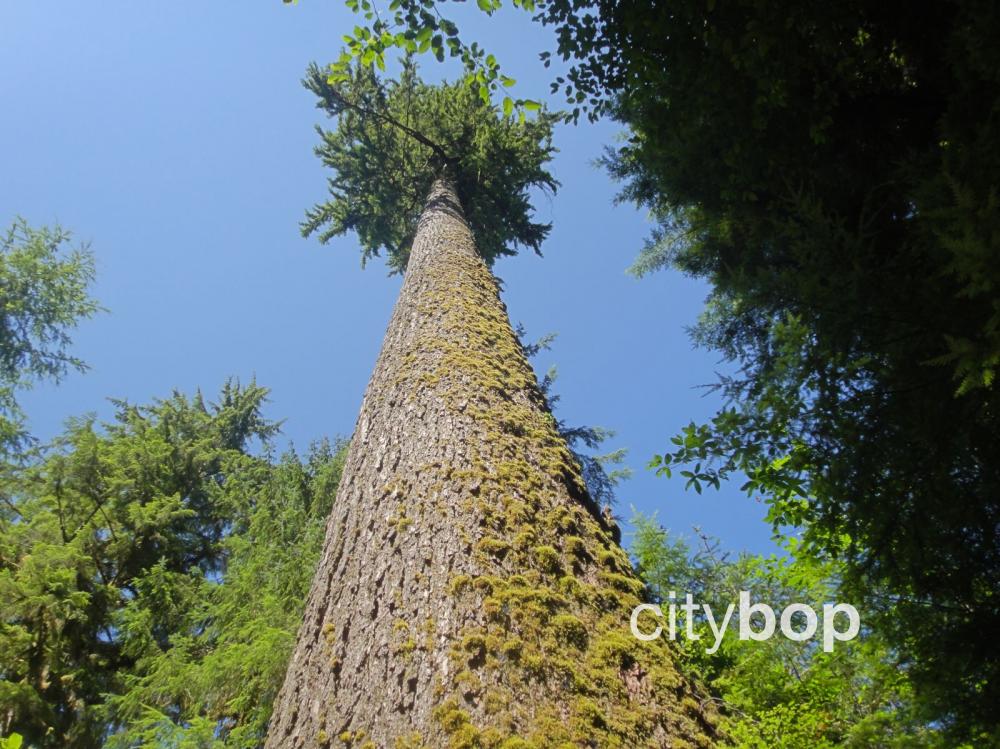 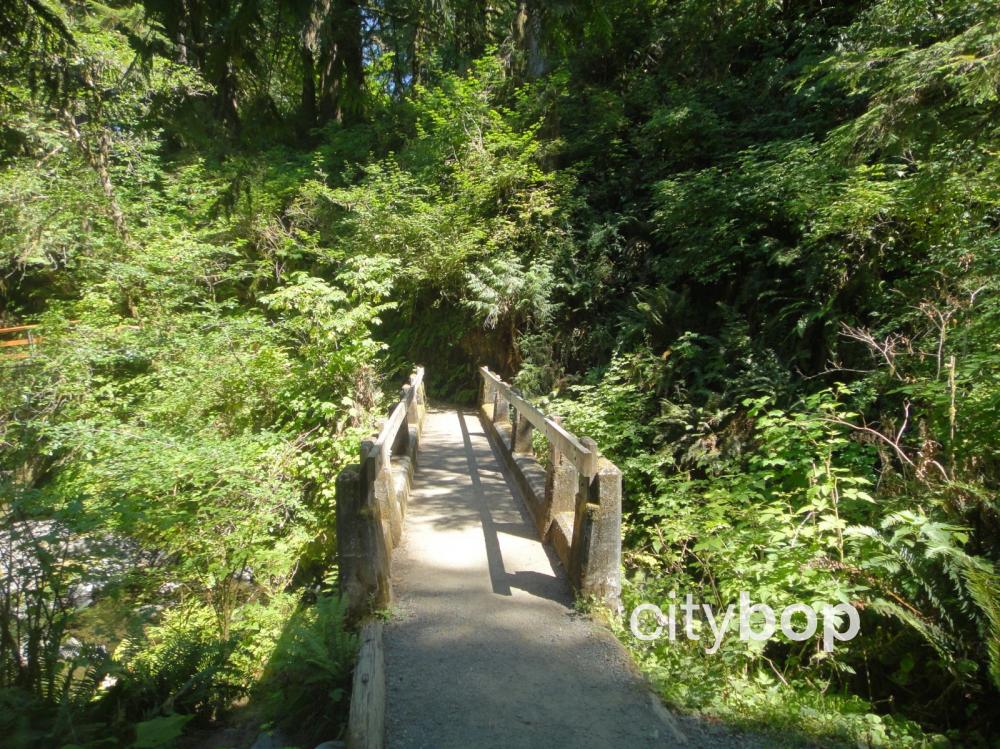 Cross a footbridge along the Rain Forest Nature Trail Loop, as you venture deeper into the Quinault Rainforest. 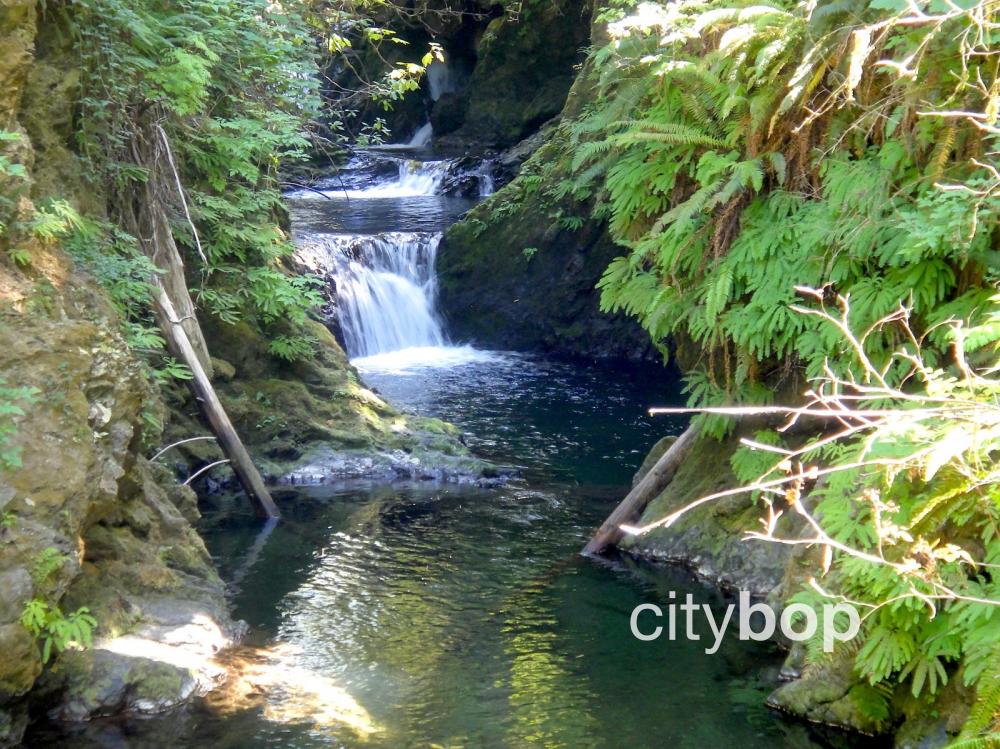 The loop trail has a stunning set of cascades, popular with photographers. 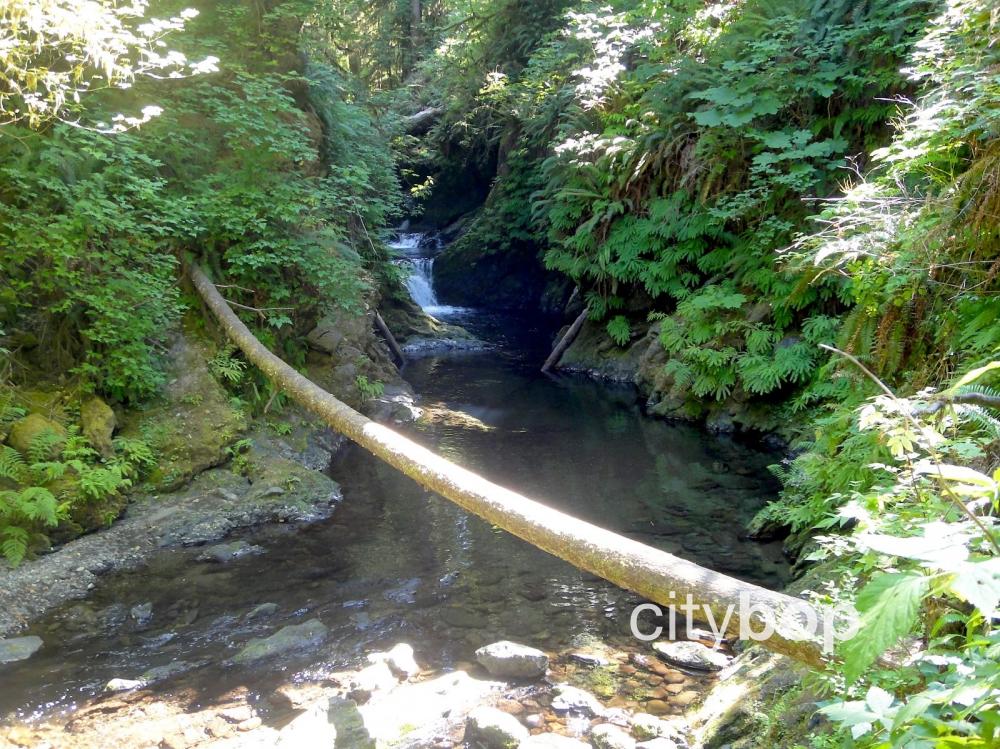 Willaby Creek eventually flows into Lake Quinault, just near the Willaby Campground on the south shore. 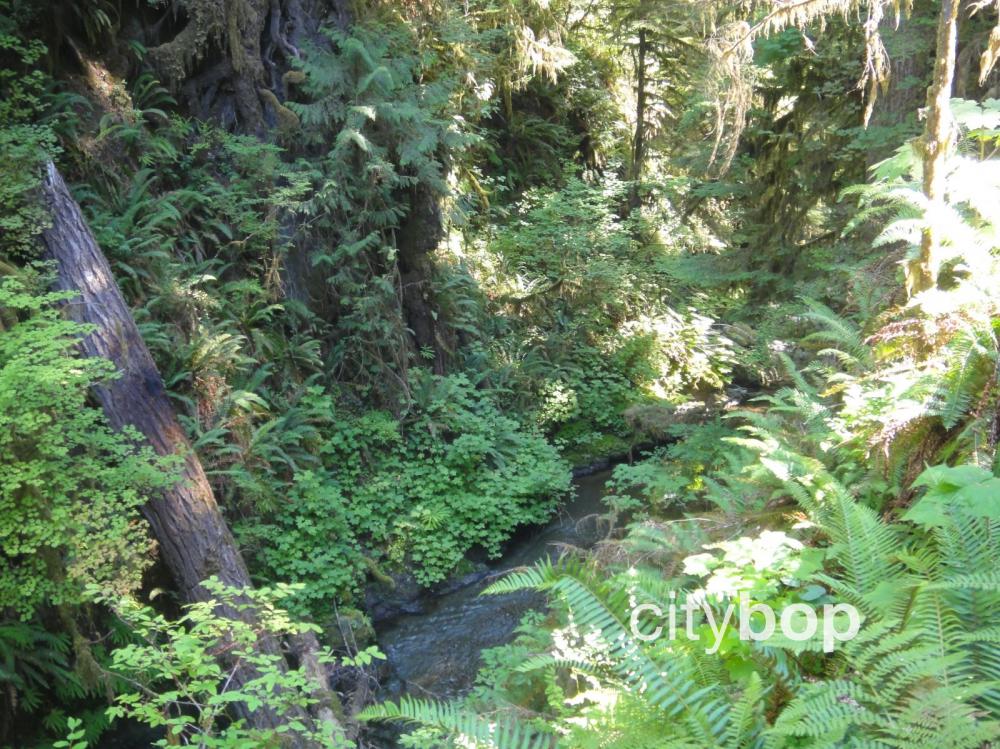 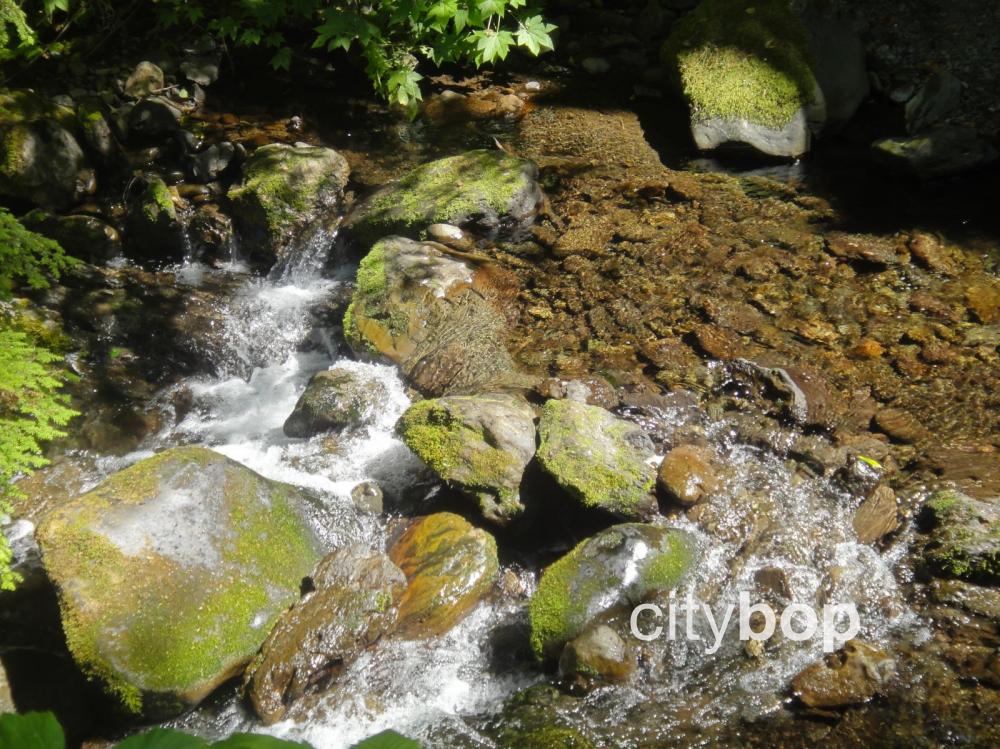 Peer down at the moss covered rocks and crystal clear waters of the creek. 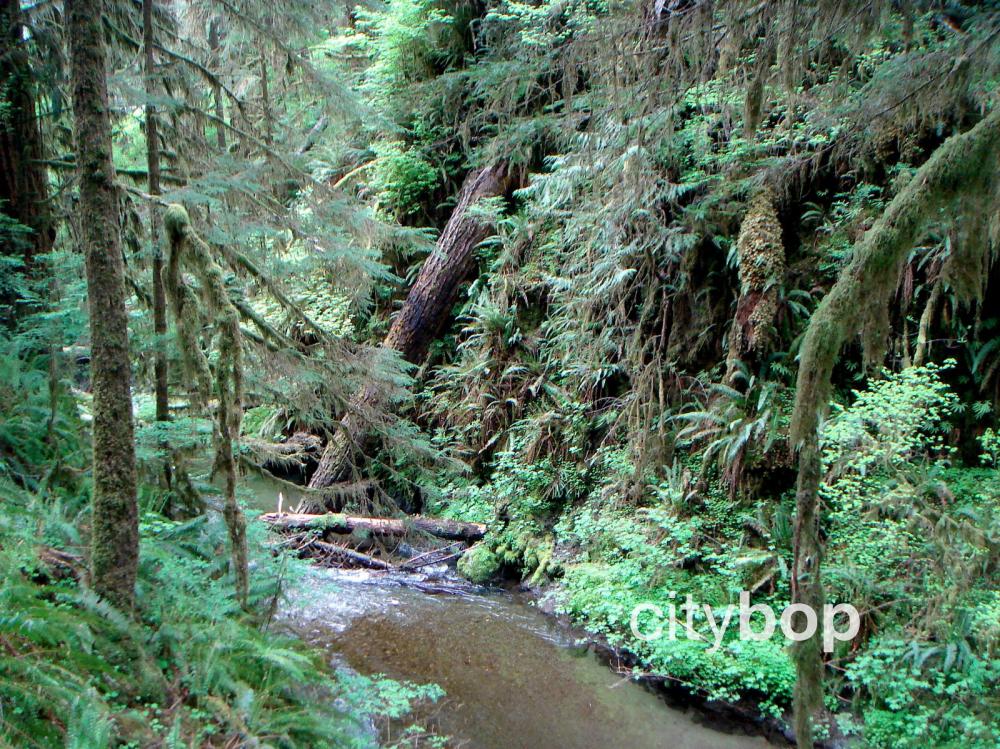 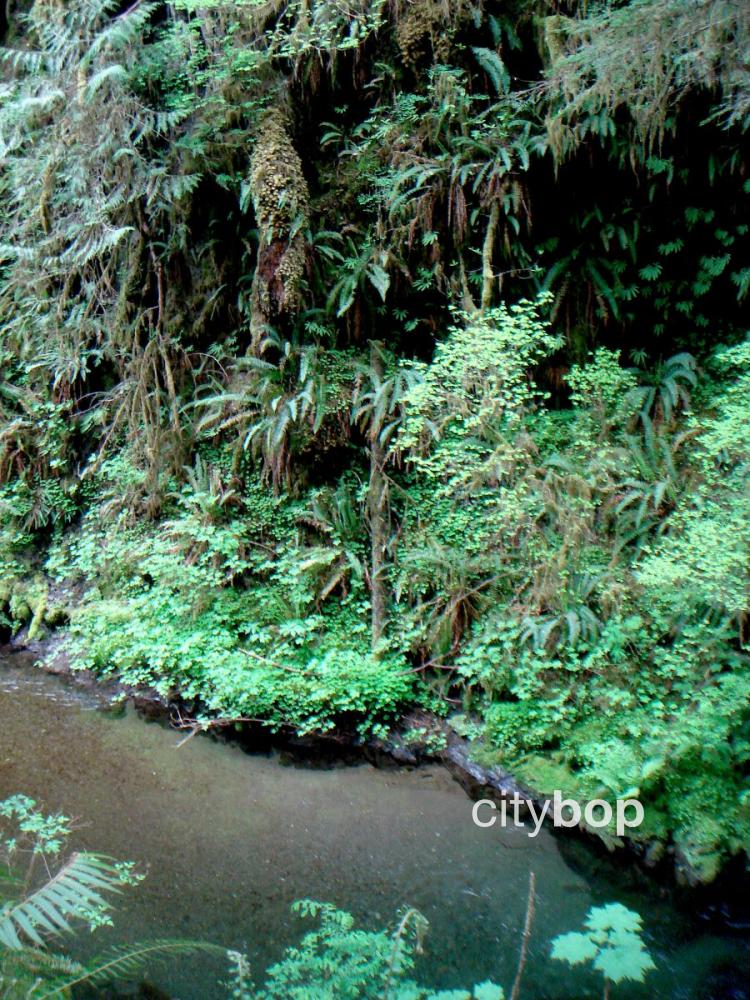 3. Explore other trails on the south shore of Lake Quinault.

There's a few other waterfall trails on the south shore of Lake Quinault, managed by the U.S. Forest Service. These include the Cascade Falls Loop and Gatton Creek Falls Trail. However, there is evidence of earlier logging along these trails, despite the fact the forests are slowly regenerating.  If you'd like to learn more about these trails, pick up a map at the Olympic National Forest office (353 S Shore Road) and talk to a ranger.

The 30-foot Merriman Falls can be seen from the road, and is 4.4 miles northeast of the Lake Quinault Lodge, along the South Shore Road. Unfortunately there are no roadside signs to look out for, and only a basic road pull-out.

Some of the best trails in the Quinault Rainforest are northeast of Lake Quinault, inside the Olympic National Park.

Pick up some maps at the Ranger Station, then head out on the 1.3 mile loop to the Kestner Homestead.  This 1890s homestead gives a fascinating feel for what life was like for the first pioneers in the Lake Quinault area, trying to survive in the depths of a lush rainforest, miles away from civilization. There's lots to see at the homestead, including the original home, barn, storage buildings, pastures and orchard, complete with a vintage split-rail fence.

Another beautiful trail to explore is the 1.2 mile loop around the Maple Glade Rain Forest Trail. This trail is incredible, passing through an otherwordly rain forest, resplendent with moss draped maple trees, and dense stands of ferns in the forest understory.