Second Beach is south of the small village of La Push on the Washington State coast, and is part of the Olympic National Park.

La Push is flanked by a series of wild beaches; First Beach, Second Beach and Third Beach, but Second Beach is by far the most spectacular, hemmed in on either side by impassable headlands.

Driftwood is piled along the high tide line of Second Beach, and the dramatic sea stacks and tide pools are especially popular with photography enthusiasts. During summertime this sandy beach is used for long walks, picnics and sunbathing. You can get a wilderness permit to camp on the beach, or stay at nearby La Push or Forks.

5 best things to do at Second Beach La Push

1. Take the 20-minute hike down to Second Beach.

Second Beach can be accessed by a 20-minute (0.8-mile) hike through coastal forest from a clearly marked trailhead on La Push Road, just 3 minutes south of La Push.  The 0.8 mile hike into Second Beach adds to the sense of seclusion, and the views are simply breathtaking as the trail ascends 160 feet through the forest, then 200 feet down to the beach.

2. See the Quateata Arch at the northern end of the beach. 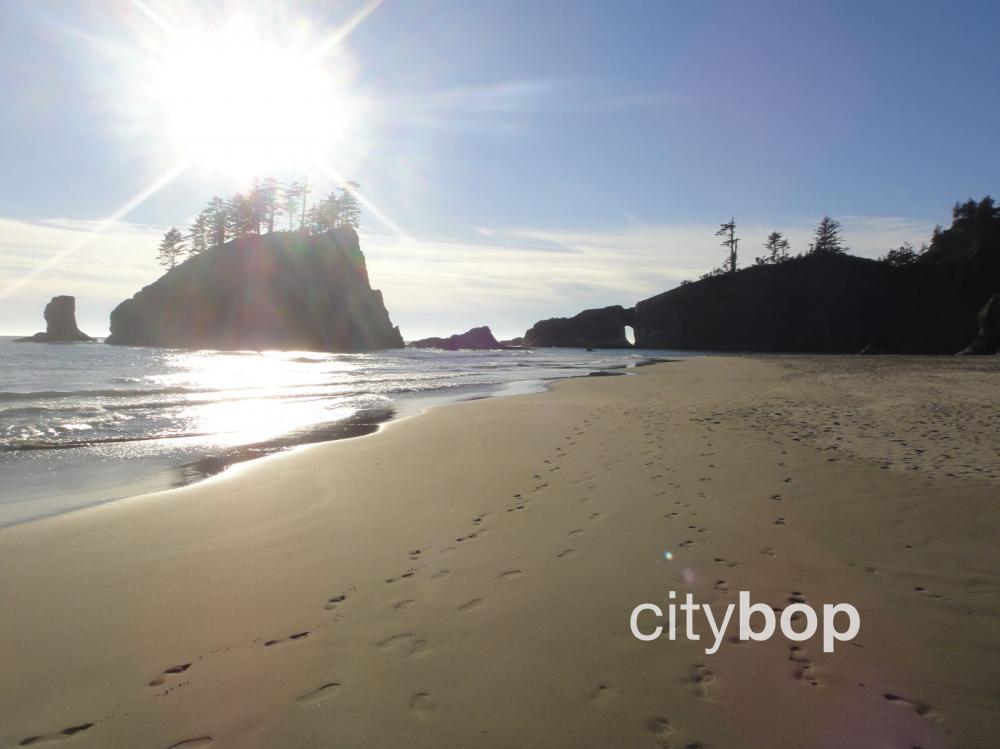 A unique feature at the northern end of Second Beach is a natural sandstone arch with a keyhole view, known as the Quateata Arch, best explored when the tide is fully out.  Always exercise extreme caution when exploring beaches on the Olympic Peninsula, as visitors have become stranded in coves or around headlands with rising tides.

3. Get a permit to camp on Second Beach. 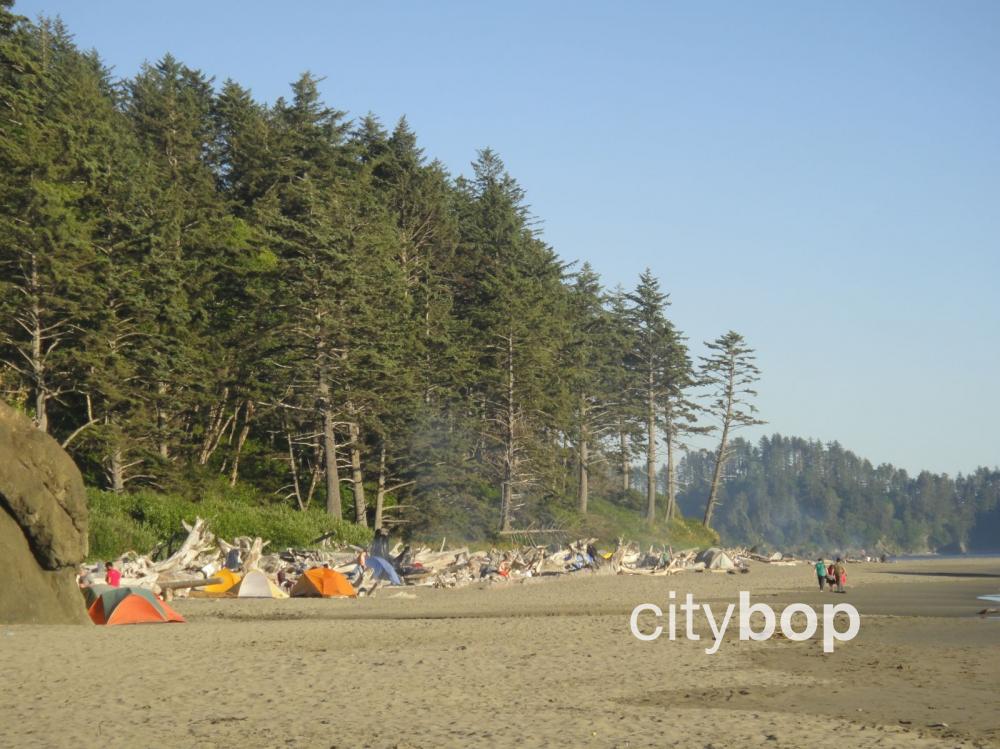 During summertime there is strong demand for camping permits on Second Beach La Push, so make arrangements well in advance.  Wilderness permits are required for all overnight camping in the Olympic National Park.

4. Walk the full length of the beach.

Walk the full length of the 1.5 mile beach from Quateata Head at the north, to just before Teahwhit Head at the south end of the beach. Teahwhit Head was the site of a famous shipwreck in 1943, where 51 men were rescued from a Russian freighter by the US Coast Guard, by hoisting a lifeline from the top of the massive 100-foot, sandstone cliff. Apparently many of the rescue party wrote to Stalin requesting that the Russian captain be spared the death sentence for losing this ship, explaining that navigation in this area was notoriously difficult!

The Quillayute Needles National Wildlife Refuge was created in 1907 by President Teddy Roosevelt, to protect 800 sea stacks, islands and reefs off the coast of Washington State. The refuge stretches over a 100 miles from Cape Flattery up north, down to Copalis Head, and is the primary breeding ground for 13 varieties of seabirds in Washington State. The only islands excluded in this stretch are part of Indian Reservations.  During early spring you can also see gray whales make their annual migration along this coastline.

See the giant Crying Lady sea stack (far left), part of the Quillayute Needles cluster of seastacks.  A distant view of the 85-foot Quillayute Needle is also visible to the right of this stack in this photo.

This is the closest seastack to the beach, and is fully exposed when the tide goes out.

Things to do near Second Beach

Combine a visit to Second Beach with a roadtrip around the Olympic National Park, including attractions like: