It's located in Tacoma's vibrant Museum District, within walking distance of the Tacoma Museum of Glass, and Tacoma Art Museum.

The elaborate exhibits in the Great Hall take 2 hours to see, and depict the struggles of pioneers striving for a new start in Washington State.

For a few hours you can step into the shoes of these brave settlers, and experience their way of life. Boy did they do it tough!

By the 1880s new settlers were arriving in Washington State in droves, along the new Northern Pacific railroad that opened up the Pacific Northwest. Washington had a bountiful supply of salmon in its pristine waters, and virgin forests to fuel the explosive growth of new industries, like logging, milling and fishing.  However, life in Washington's frontier towns was difficult, with low paid, labor intensive jobs, and long hours.

Other exhibits at the Washington State History Museum focus on the shanty towns that sprung up during the Great Depression, and the big hydroelectric projects of the 1930s that put unemployed men back to work by harnessing the power of the mighty Columbia River to build dams like the Grand Coulee.

The backdrop to all this new industry was the devastating impact it had on Native Americans and their way of life. 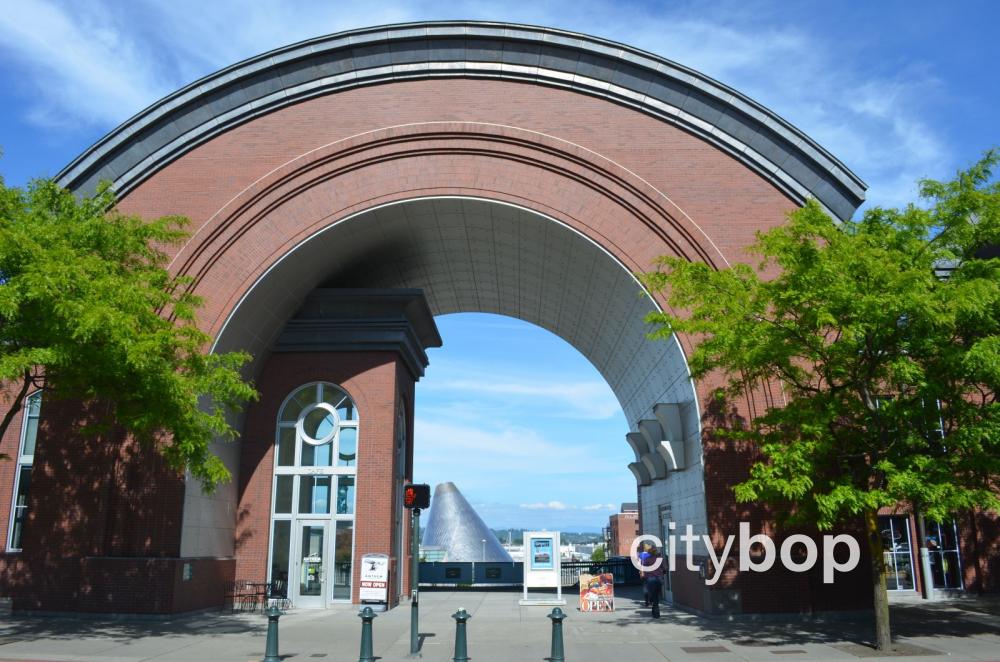 1. Admire the breathtaking entrance to the Washington State History Museum.

This is the dramatic entrance to the Washington State History Museum (1911 Pacific Avenue).  It's located in Tacoma's vibrant Museum District, within walking distance of other cool attractions like the Tacoma Museum of Glass, and Tacoma Art Museum. 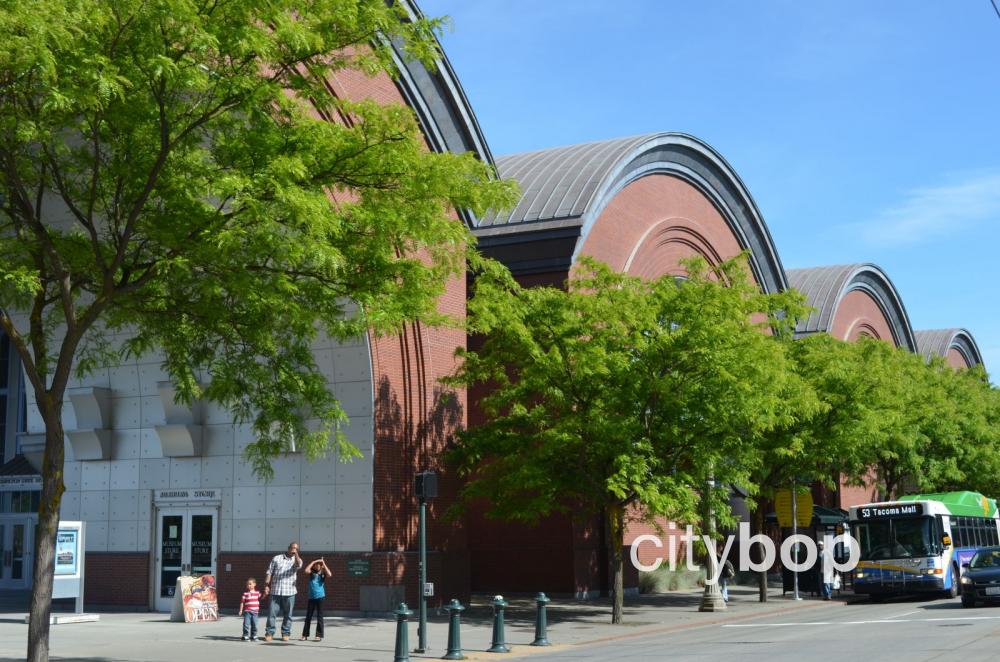 2. Check out the replica of a general store at the Frontier Towns Exhibit. 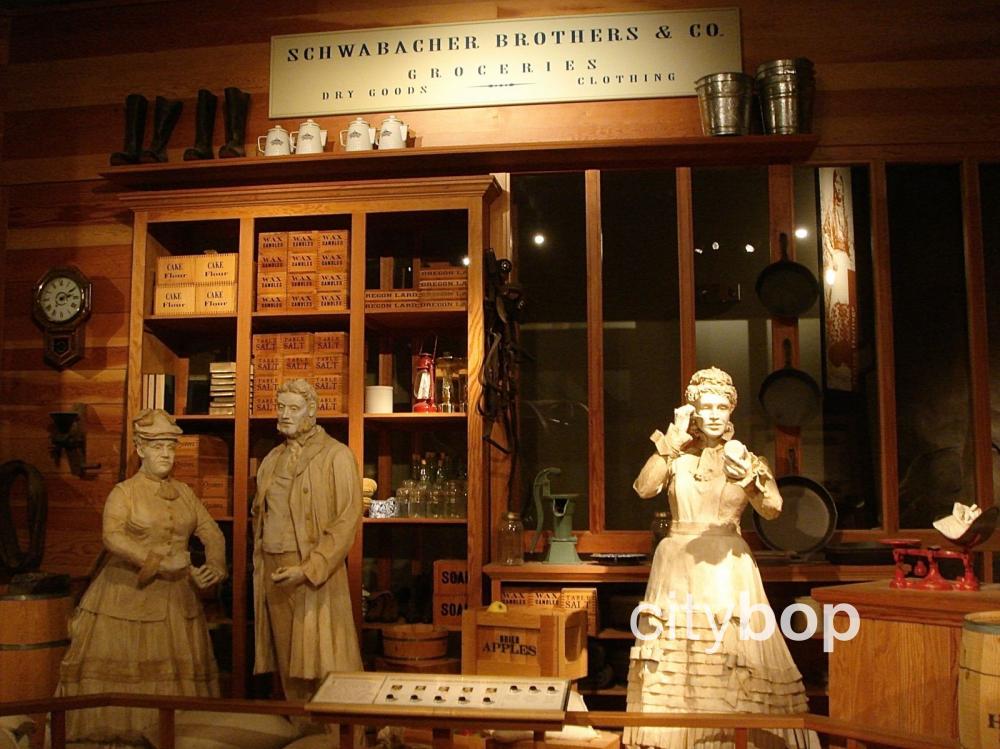 3. Take a close look at the covered wagons used by thousands of pioneers to travel to the Pacific Northwest in the mid 1800s. 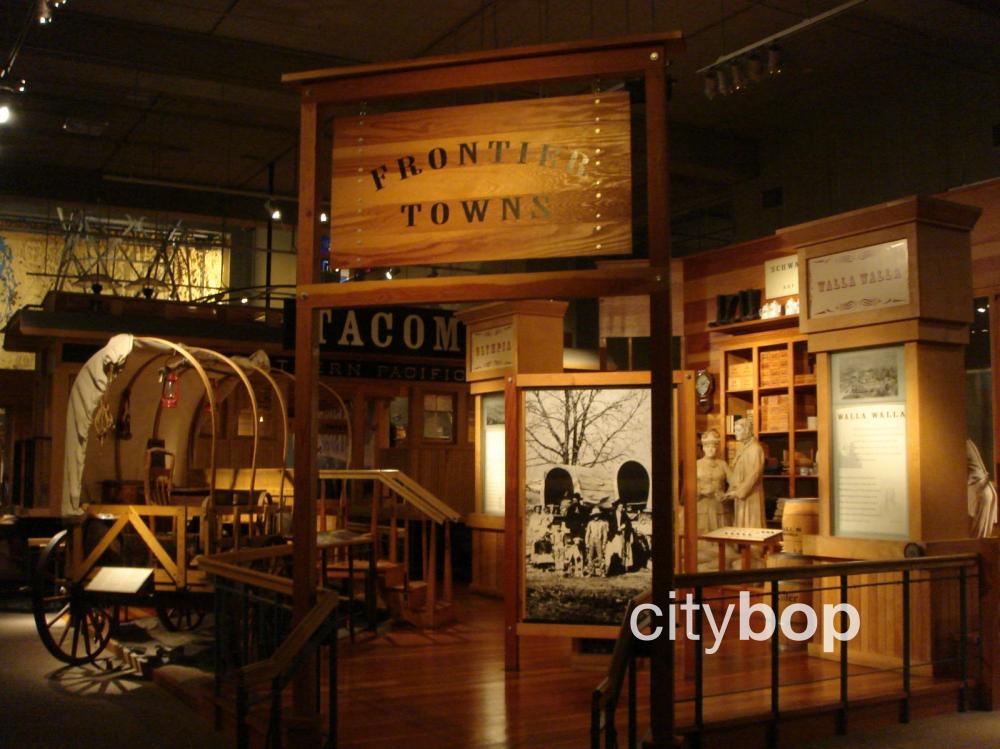 4. See how migration to the Pacific Northwest exploded in the 1880s, with the opening of the Northern Pacific Railway.

The Washington State History Museum has an exhibit on the Northern Pacific railway, that opened up the Pacific Northwest to the East.  This transcontinental line stretched from Minnesota to Washington State, crossing the Cascades.  Construction began in 1870, and the railway was completed in 1883. ​Railway companies wielded a great deal of power, often determining the fate of cities when deciding where their lines would go. 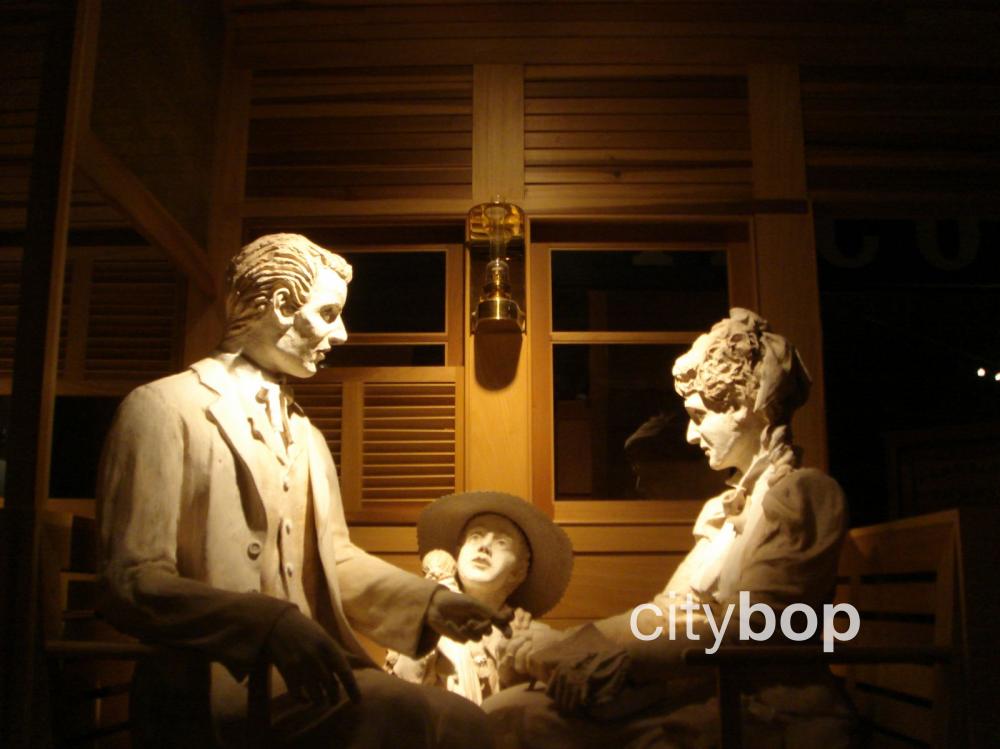 It's a little known fact that the section of Washington State railway through the Cascade Mountains was constructed by Chinese contractors, who diligently performed dangerous jobs like working with explosives in tunnels.

The Washington State History Museum has replicas of the Northern Pacific Railroad, and stories about the brave Chinese migrant workers involved in its dangerous construction through the Cascades. 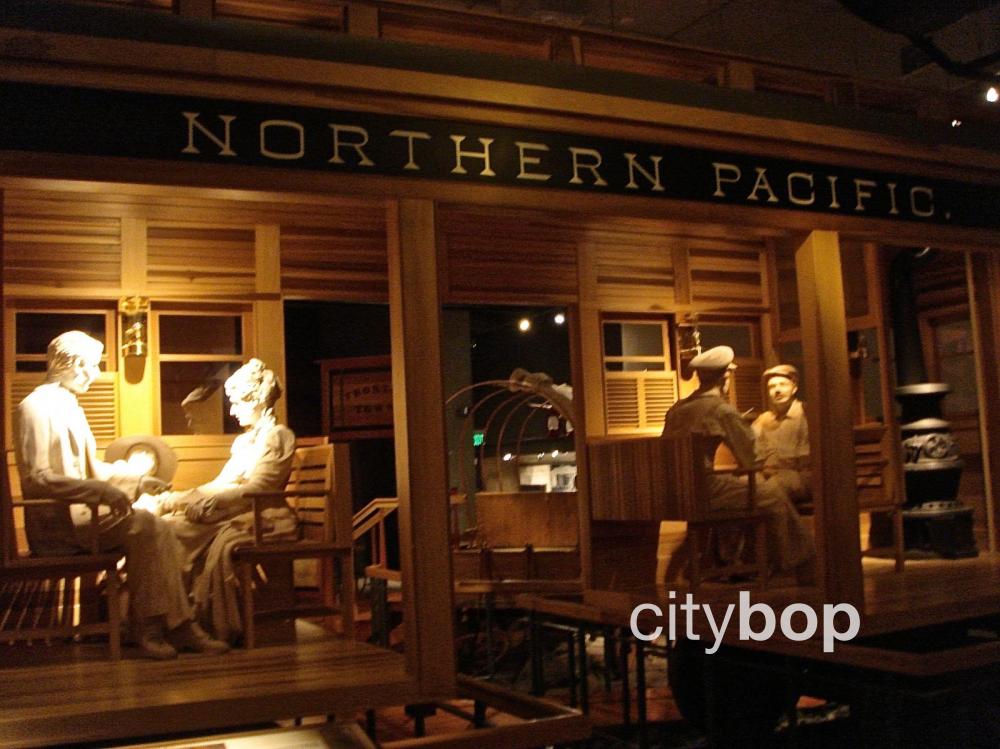 5. Learn about how Washington State became a world leader in logging and milling in the 1880s.

Large numbers of people arrived in Washington State during the 1880s by railroad, to participate in the burgeoning logging and milling business.  At one time, over half of the workforce was involved in these industries, either working in the forests, or living in mill towns that sprung up everywhere.

Vast virgin forests of douglas fir, cedar, hemlock and spruce were clear-cut, and wood products shipped all over the world. 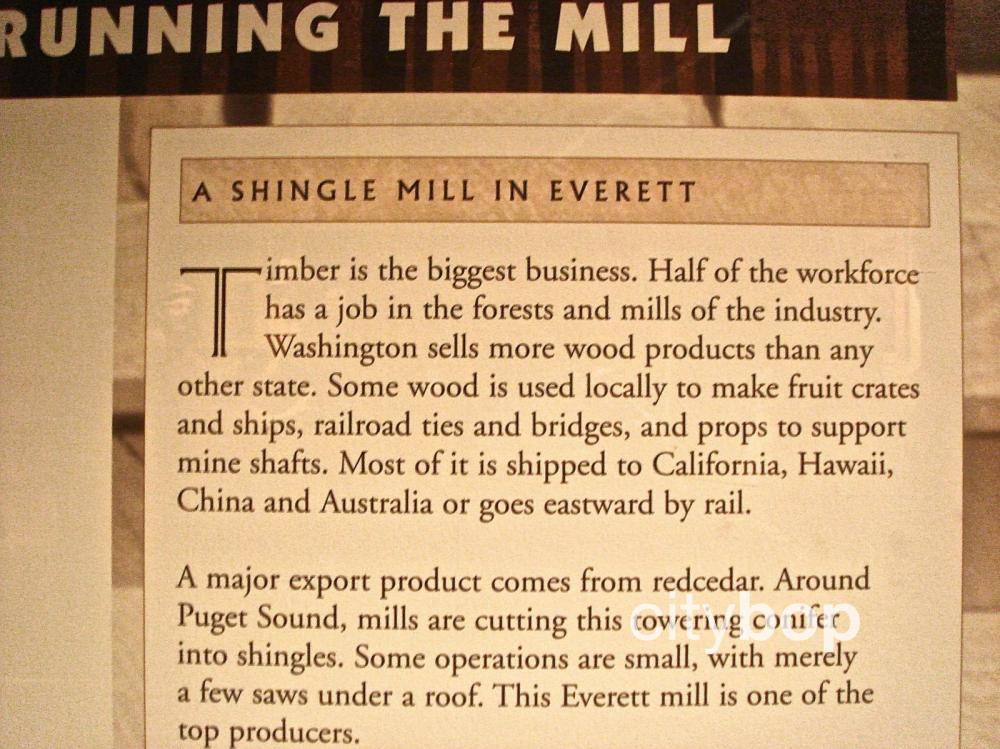 6. Watch the 3-screen theater presentation on the construction of the largest hydroelectric system in the world.

There are excellent exhibits at the Washington State History Museum on the incredible construction of the Grand Coulee and Bonneville Dams on the Columbia River. These include an impressive 3-screen Theater Presentation.

These projects employed thousands of men during the 1930's Great Depression, and harnessed the power of the mighty Columbia River for hydroelectric power.  However, the construction of these dams had devastating consequences for salmon runs, reducing their numbers by 90%. 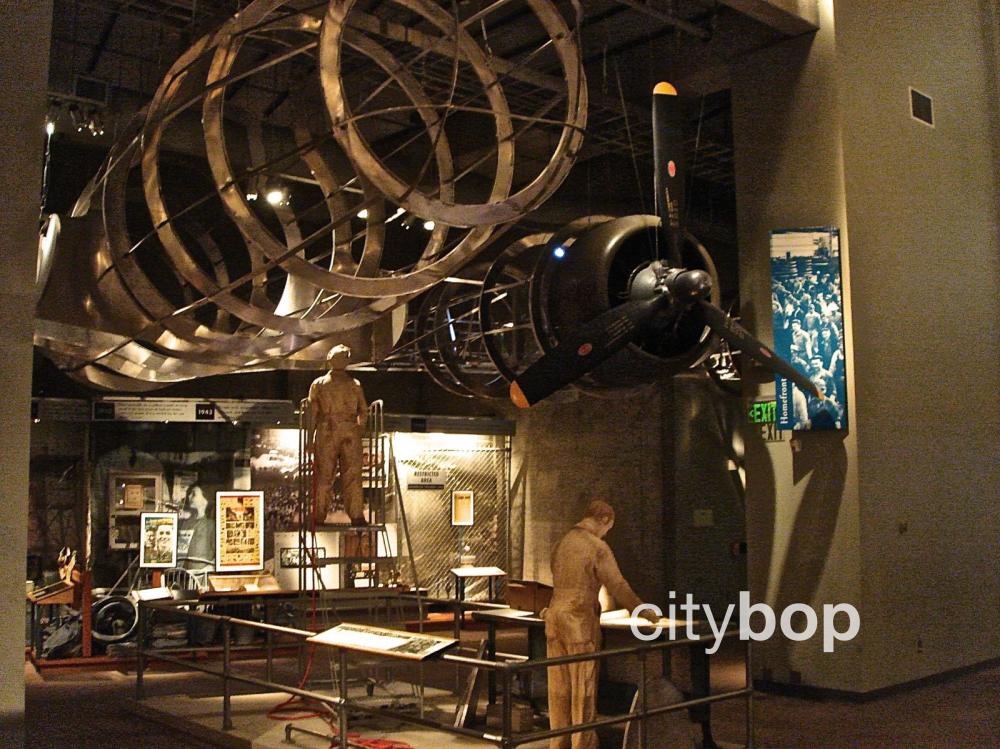 These dams along the Columbia River formed the largest hydropower system in the world.  The Bonneville Dam could supply electricity for two cities the size of Portland Oregon.  The Grand Coulee Dam had a massive contribution to WWII, producing enough power to produce the aluminium for a third of aircraft deployed during the war.  In addition, the Grand Coulee Dam powered the Hanford Nuclear Reactor, that provided the plutonium for the bomb dropped on Nagasaki in 1945. 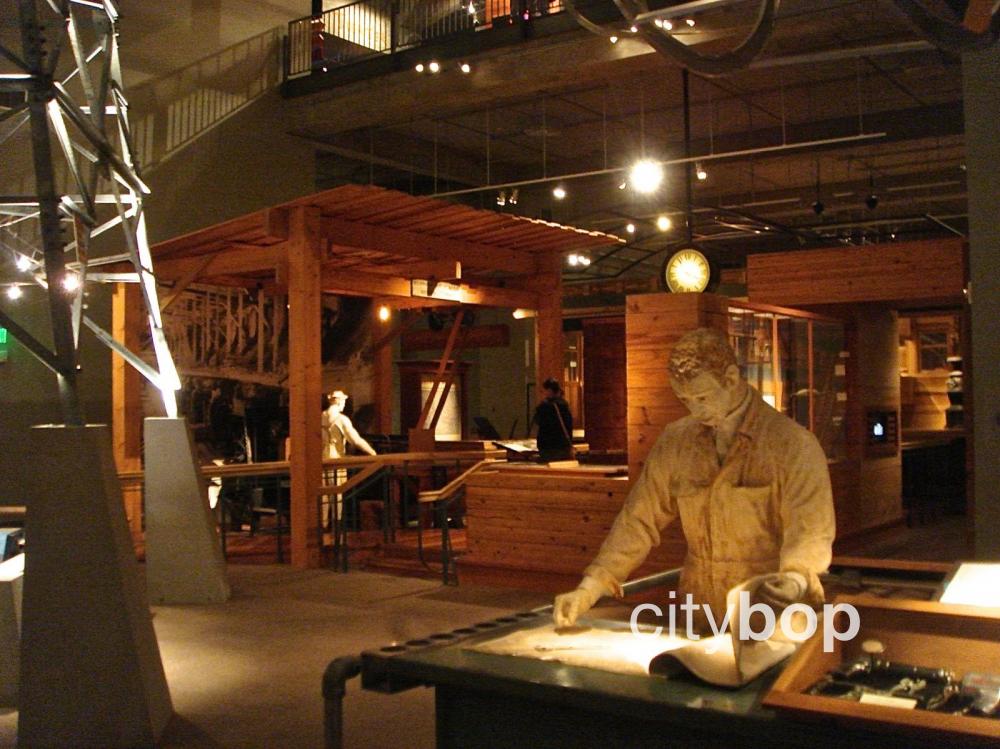 7. See how the apple industry thrived in Washington State before WWI.

In the decade before WWI, millions of apple trees were planted in Washington State, and tens of thousands of workers were lured to the new apple industry.  Unfortunately it produced a glut of apples post WWI, and many apples trees were destroyed.  Seasonal workers were the backbone of Washington State, earning meager wages and living in sub-standard conditions, often traveling from town to town to find work. 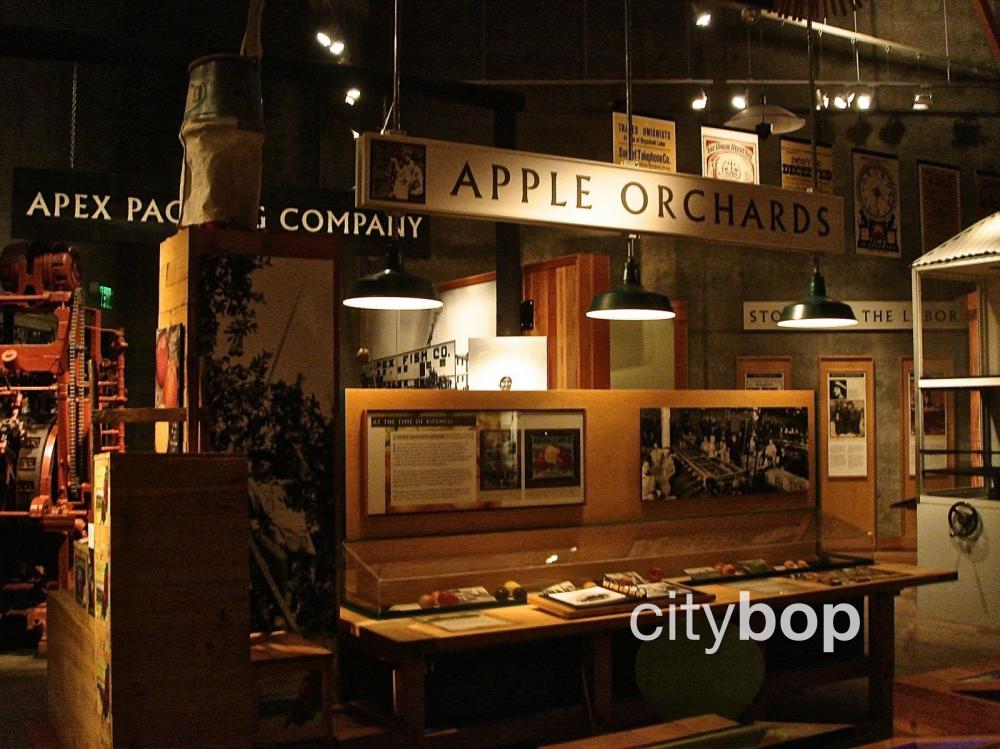 The Washington State History Museum has a replica of a Native American Salish Plank House.  These cedar plank homes were built around Puget Sound, and shared by multiple families. 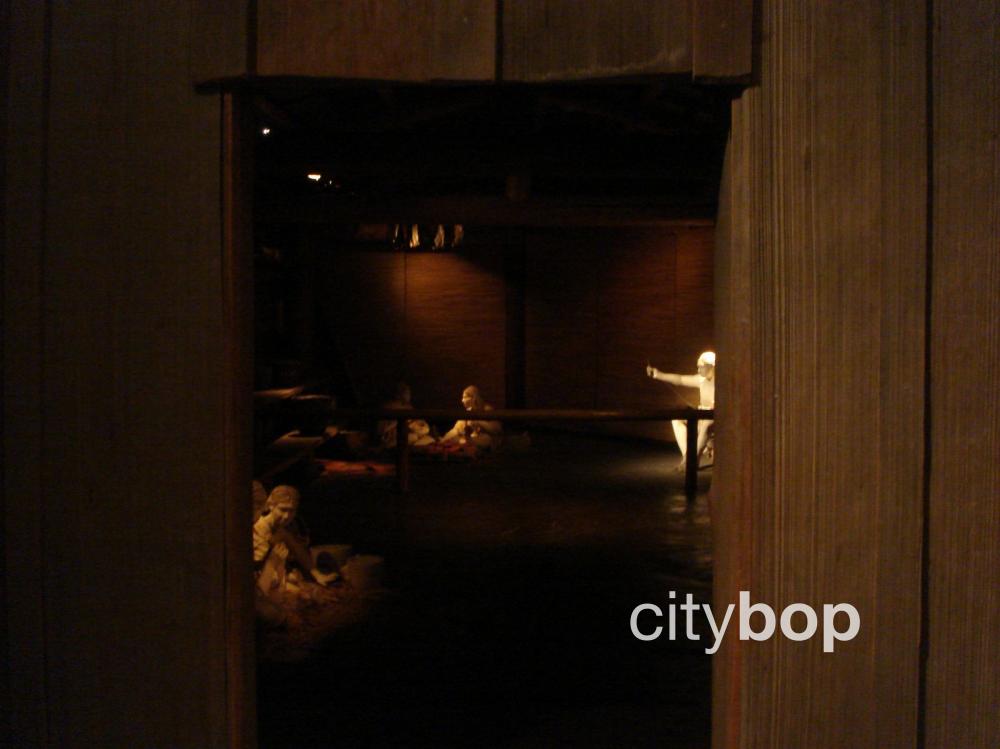 9. Stand in awe of a magnificent painting of an Old Man House on Puget Sound.

Larger cedar plank structures were built for inter-tribal gatherings.  This Old Man House on Agate Passage in Puget Sound, was burnt to the ground in the 1870s by the Feds, who prohibited Native Indian religious gatherings.  There's a beautiful painting at the Washington State History Museum that captures this tragic event (see below). 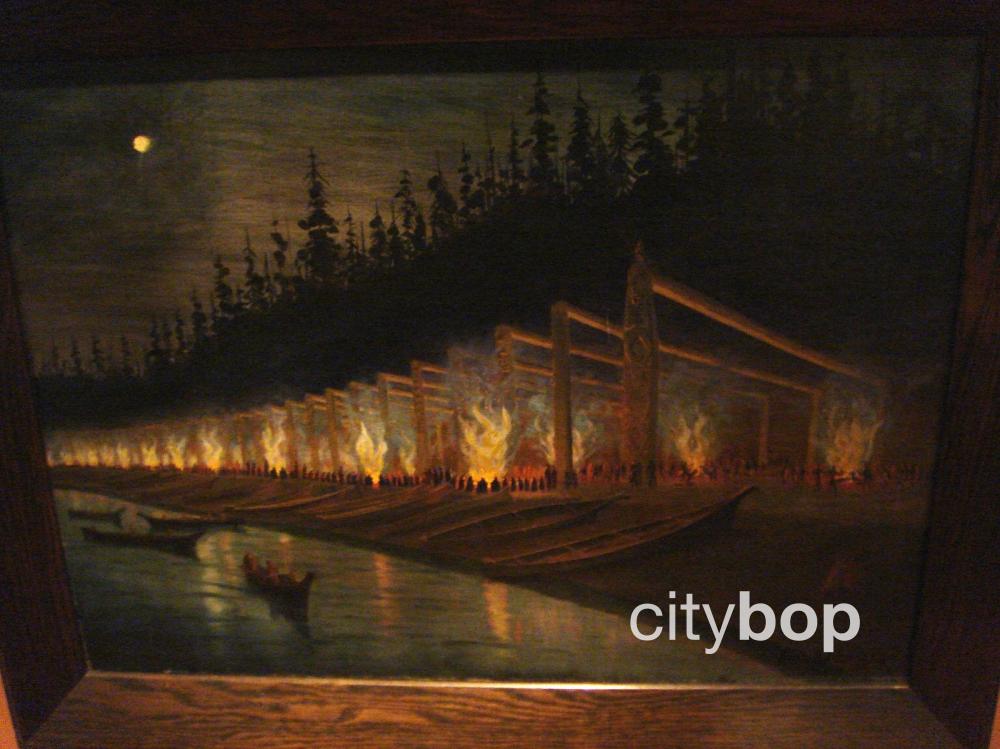 The Washington State History Museum discusses the plight of Native Indians, from the destruction of their plank houses, salmon runs, loss of native lands, and introduction of diseases like smallpox and malaria that diminished their populations.

10. Check out the Kid's Learning Center, and the model railroad.

After exploring the Great Hall, move to the upper level of the Washington State History Museum to see the Kid's Learning Center and a model railroad (the largest in Washington State).

Other cool things to do in Tacoma.

There are other things to do in Tacoma near the Washington State History Museum, including the LeMay Car Museum, Tacoma Glass Museum, Tacoma Art Museum, and beaches, hikes and gardens at Point Defiance.  The new Point Ruston waterfront development has a splashpad and playground for kids, and a wide range of trendy restaurants.

If you have kids, stop by the fantastic FREE Tacoma Children's Museum.