​Chinatown San Francisco is a popular tourist destination north of downtown. It's bustling with gift shops and restaurants.

The main shopping street in Chinatown is Grant Avenue, which runs eight blocks north, from Bush Street to Broadway. Start at the Dragon's Gate entrance on Grant Avenue and Bush.

10 best things to do in Chinatown San Francisco 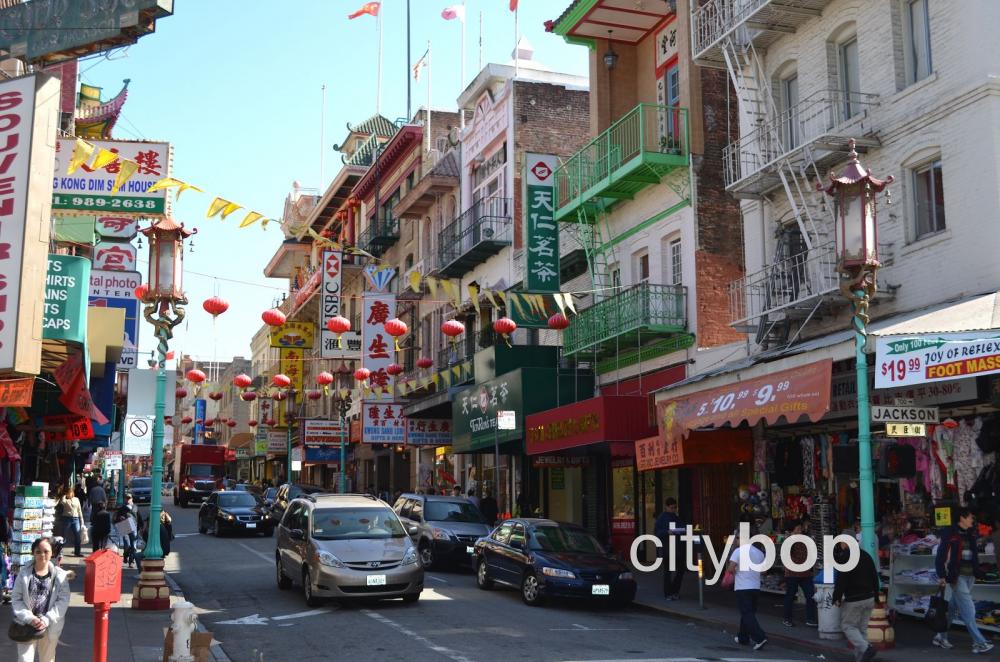 Grant Avenue is the main shopping street in Chinatown, and runs eight blocks north, from Bush Street to Broadway. 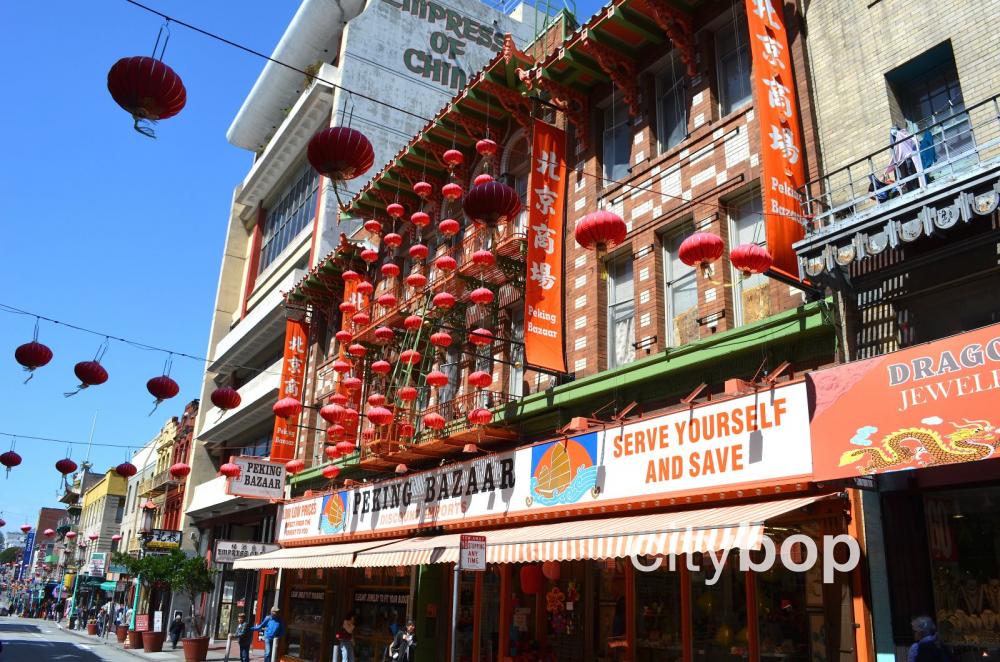 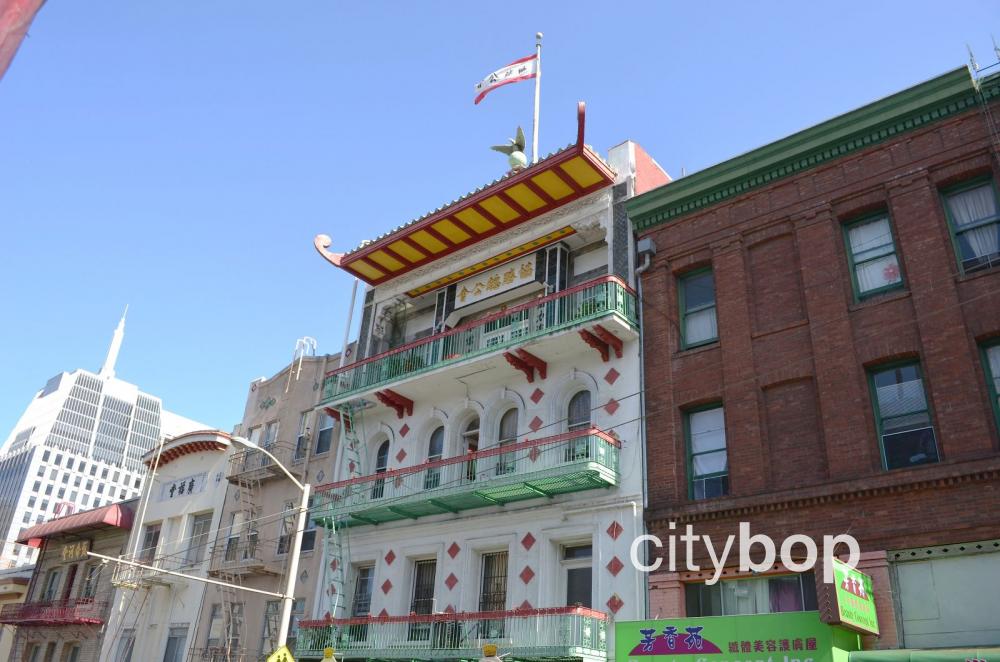 2. Take a photo at the Dragon's Gate.

Take a photo at the iconic Dragon's Gate, on the corner of Bush Street and Grant Avenue. It's a four block walk from Union Square.

3. See the Sing Chong and Sing Fat buildings (on the corner of Grant and California). 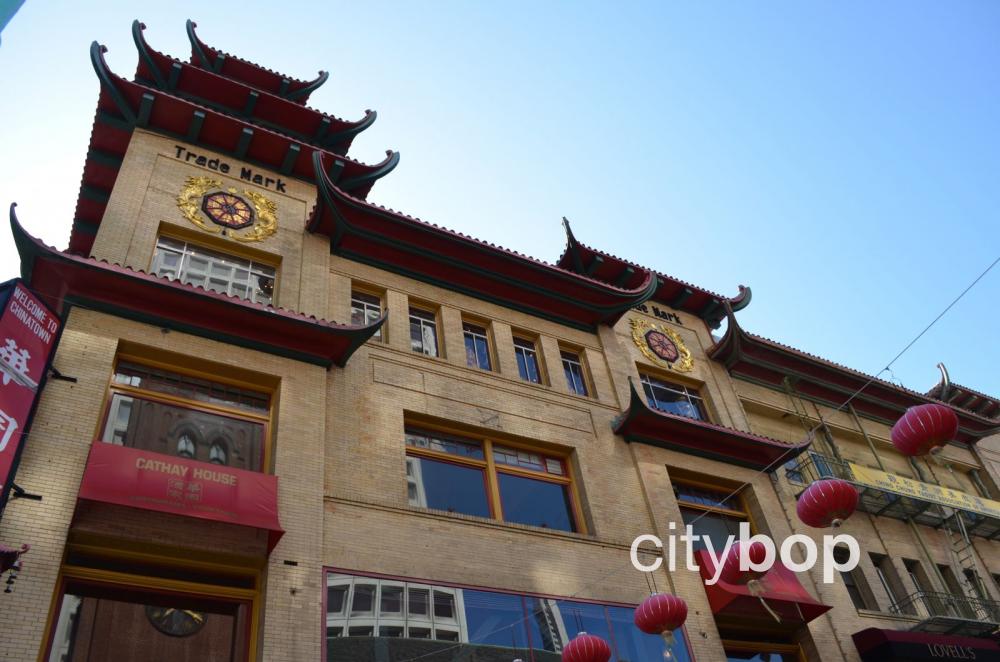 When China Town was destroyed after the 1906 earthquake, the city officials recognized the value of the land and wanted to relocate it to the fringes of the city.  However the Chinese resisted by quickly constructing the Sing Chong and Sing Fat buildings.  They were designed in a more pleasing Chinese-American style, with pagoda topped roofs and colorful balconies to attract tourists and appease city officials.

St Mary’s Cathedral is across the road from the pagoda buildings.  This was the only building in China Town that survived the 1906 earthquake.  Just below the clock tower it says “Son observe the time and fly from evil", and was a warning for visitors to avoid the illicit activities in 19th century Chinatown.

5. Walk down Waverly Place featured in the Joy Luck Club.

Waverly Place is a picture-perfect alleyway often described as the “Street of Painted Balconies”.  It was featured in Amy Tan’s The Joy Luck Club.

Visit the Tin How Temple at Waverly Place.  It's an active Buddhist temple with a small prayer room up four flights of stairs.

This was the official Telephone Exchange for China Town housed in a brightly colored, pagoda building.  The operators had to remember 1500 names and addresses!

Ross Alley was once notorious for brothels, gambling dens and opium dens.  Girls were kidnapped from China and forced to work as prostitutes by criminal gangs called tongs.  They were sold in slave auctions in the basement of St Louis Alley and cast out on the street when they contracted venereal diseases. Their average life expectancy was five years.

Ross Alley is home to the San Francisco Fortune Cookie Factory.  Visitors can take a factory tour and observe hand made cookies being made in unique flavors and toppings (cash only).

This leafy, rooftop park is an oasis in the city, across the road from St Mary's Cathedral. There's a fabulous playground for kids, and plenty of lawned areas and seating. The cherry blossoms are simply stunning in spring.  Check out the striking steel and red granite statue of Dr Sun-Yat Sen, and the memorial plaque for soldiers of Chinese descent who perished in World War I and II.

Chinatown was destroyed by the 1906 earthquake.

Chinatown was first settled by the Chinese after the 1849 Gold Rush, but soon became a slum filled with unsanitary, single-room tenements, where crime was rife and the streets were ruled by gangs known as tongs.

In 1906 Chinatown San Francisco was destroyed by an earthquake.  Despite pressure from officials to relocate to the city fringes after the earthquake, the Chinese quickly rebuilt in the distinctive American-Chinese decorative style you see today. 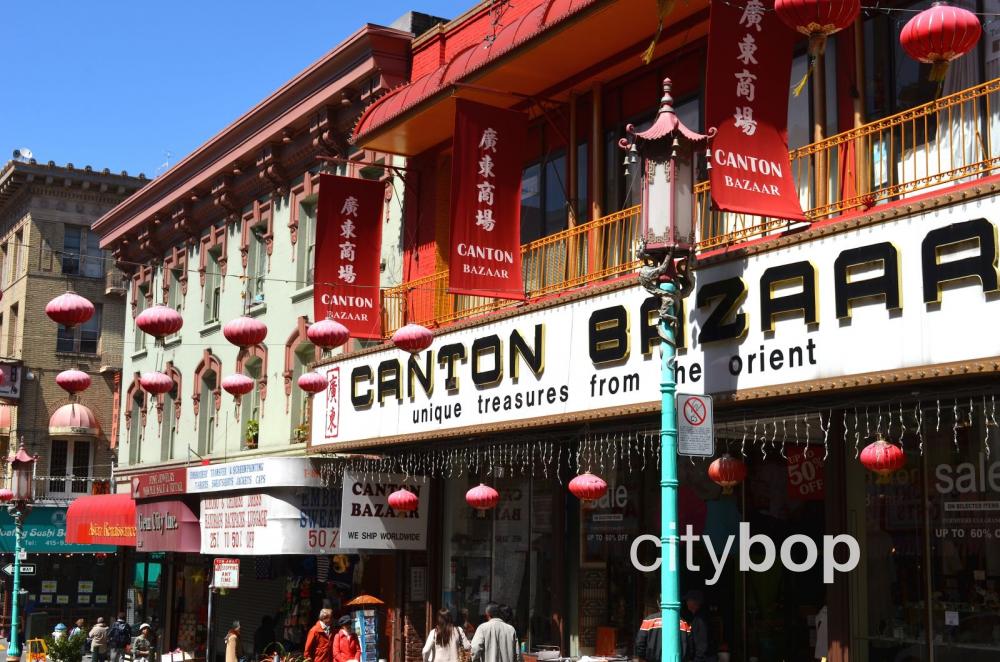 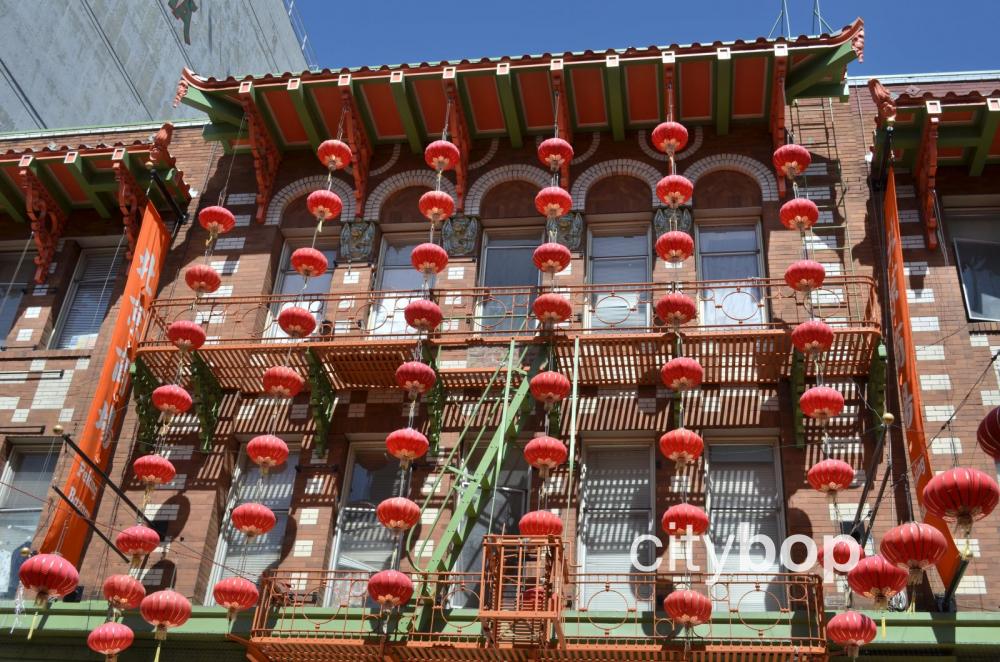 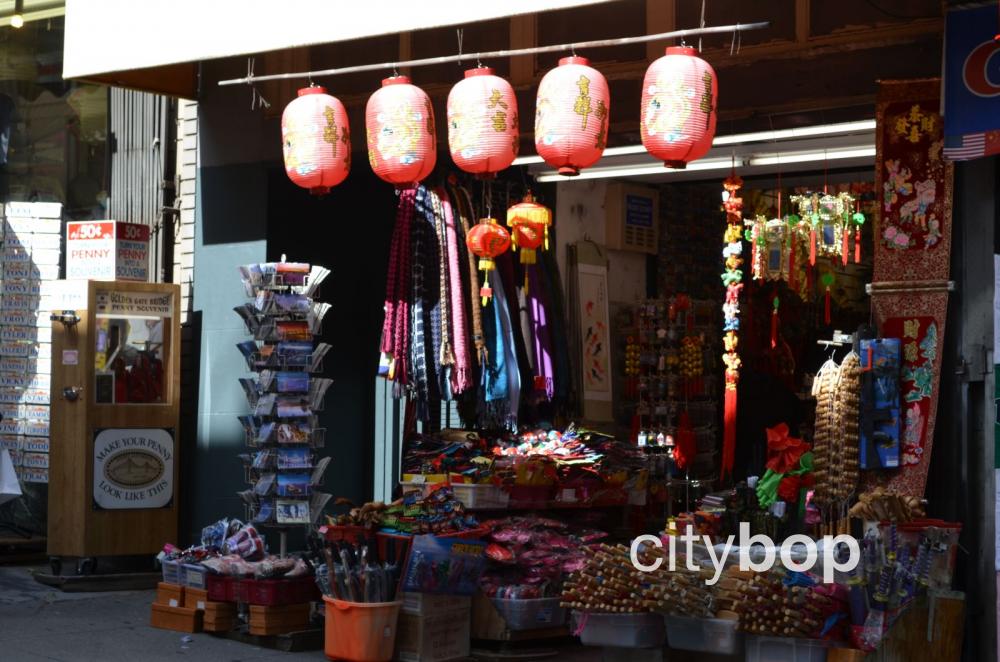 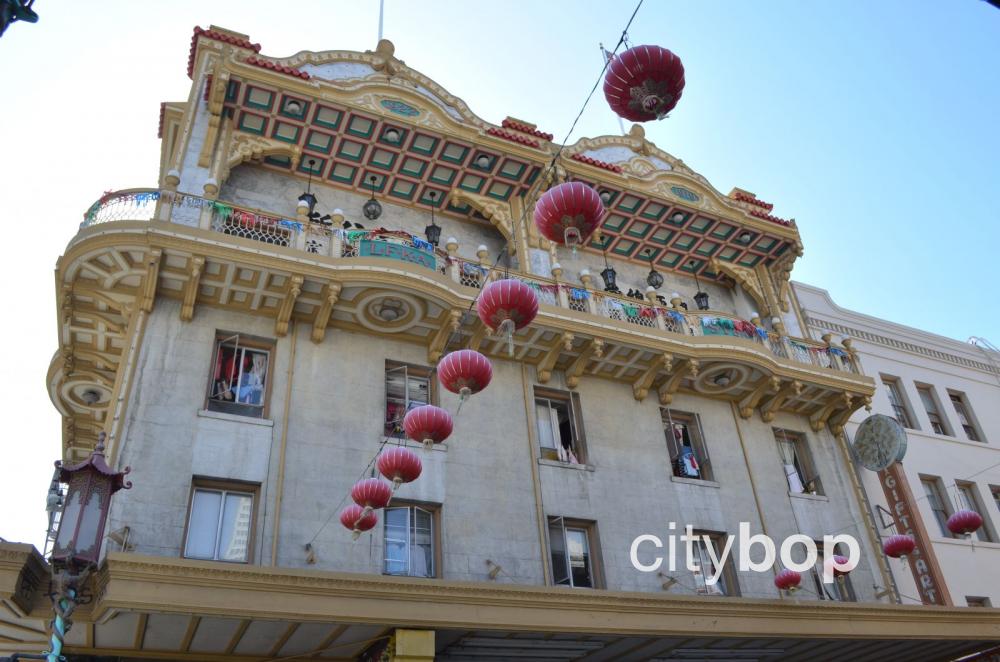 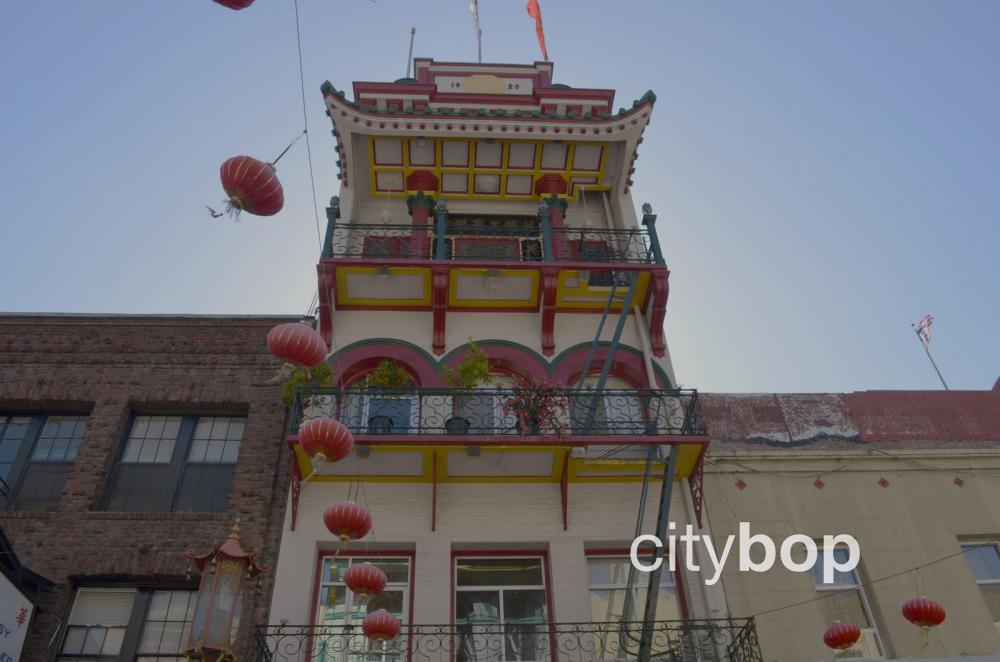 Things to do in Chinatown SF