The San Francisco Ferry Building buzzes with activity, and has a huge marketplace full of artisan crafts and fresh produce.

It's the perfect place to shop for a unique gift, purchase locally sourced ingredients, or watch ferries gliding across the Bay from a waterfront restaurant.

The San Francisco Ferry Building is located at the Embarcadero on San Francisco's eastern waterfront, at the foot of Market Street.

10 best things to do at the Ferry Building 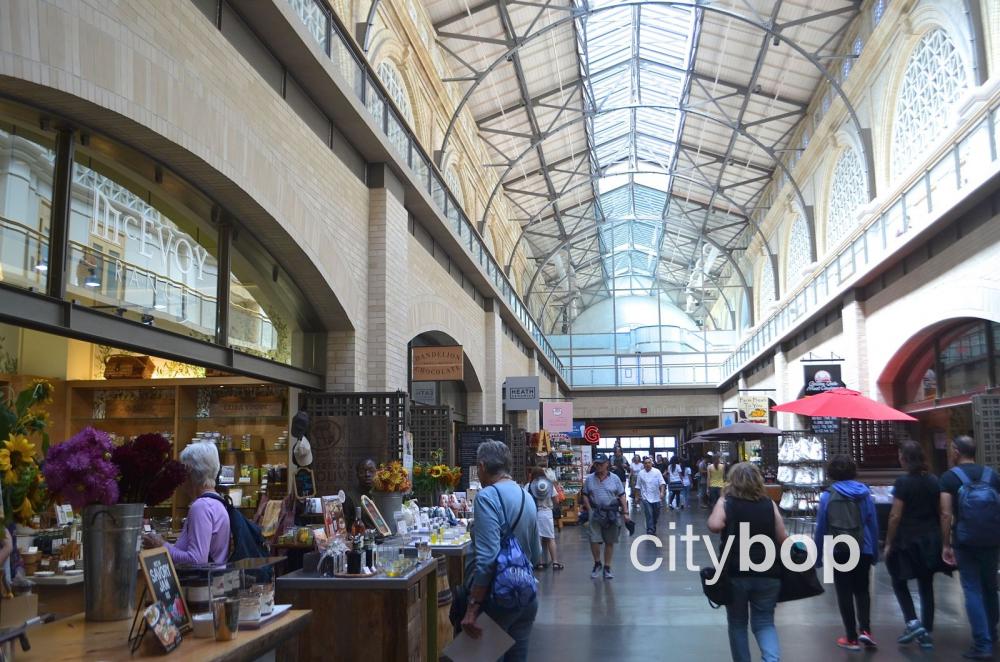 The Ferry Building is a foodies paradise, with ground floor stalls bustling with dozens of merchants. The produce is all locally sourced from Bay Area farms, bakeries and wineries.

2. Dine on the waterfront patio. 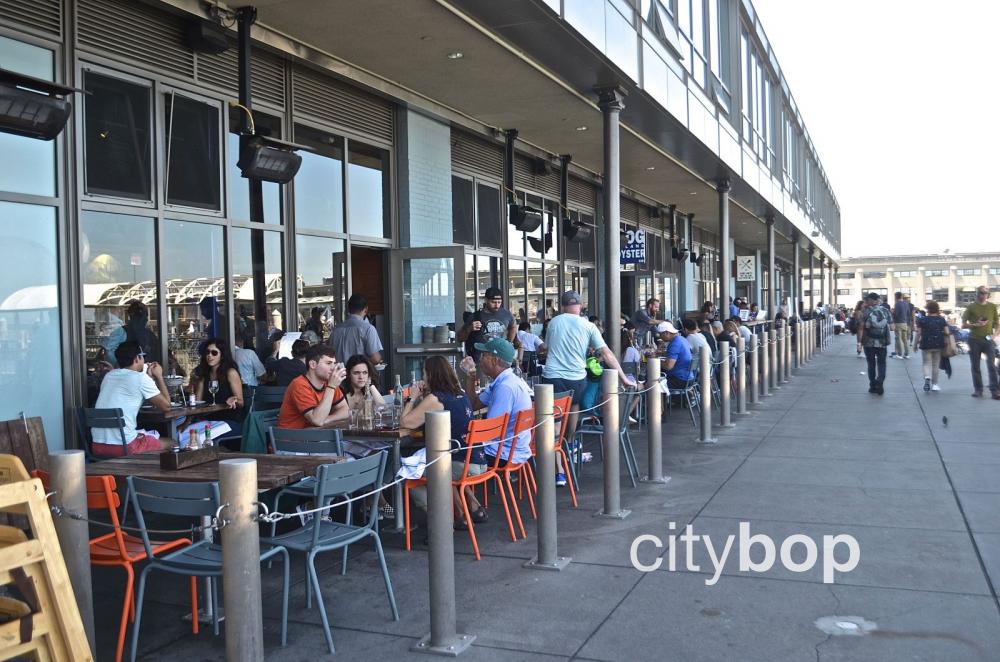 Enjoy both casual and more high-end dining along the waterfront of the San Francisco Ferry Building.  It's fun watching all the boats out on the Bay, and the constant flow of passengers boarding and disembarking ferries.

3. Take a ferry to Sausalito and visit famous Muir Woods. 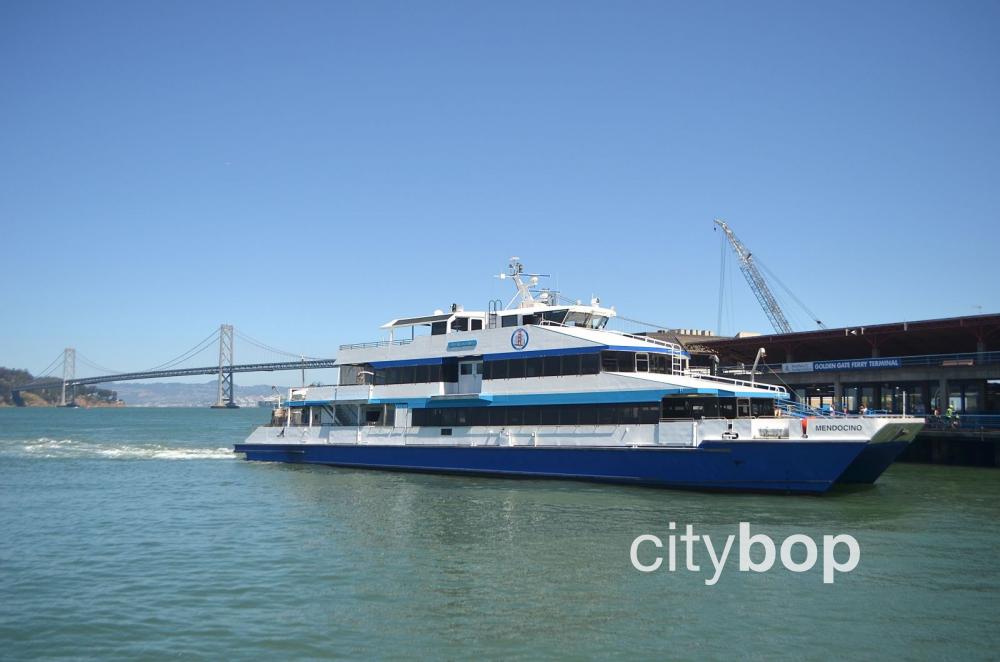 Golden Gate Ferries runs a service to Marin County from the San Francisco Ferry Building, including Sausalito, Larkspur and Tiburon. The Sausalito route is popular for tourists wanting to visit Muir Woods, where tourists arrive in Sausalito by ferry, then take a connecting shuttle to Muir Woods.

There's also a service from here to the East and North Bay via San Francisco Ferries.

4.  Discover how the Ferry Building was once the busiest transport hub in America. 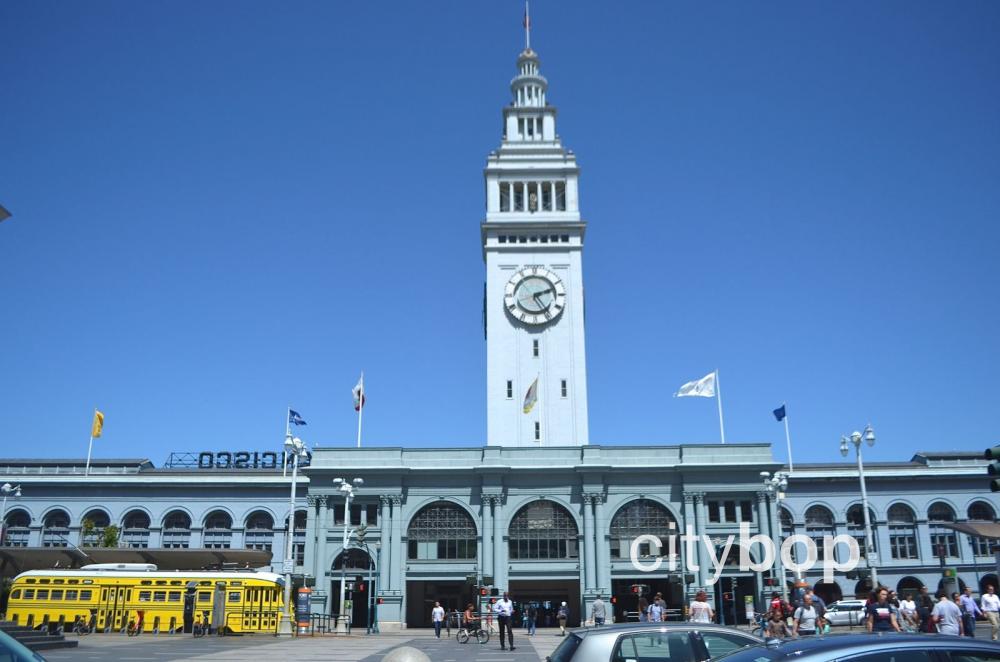 The stunning, beaux arts San Francisco Ferry Building was completed in 1898, and was once a major transportation hub. During the heyday of ferry travel, up to 50,000 people passed through this building each day.  There was even a grand turning circle out the front of the building where cable cars and automobiles pulled up, to drop off passengers.

In the late 1930s, the San Francisco Ferry Building went into a period of decline when ferry traffic dropped off after the opening of the Bay Bridge and Golden Gate Bridge.

The Ferry Building was eventually converted into office space in the late 1950s and 60s, and unfortunately many of the original architectural features were removed. For example, the 660-foot long Great Nave originally used as the dramatic, light-filled arrival and departure area for visitors, was sectioned off into small offices. 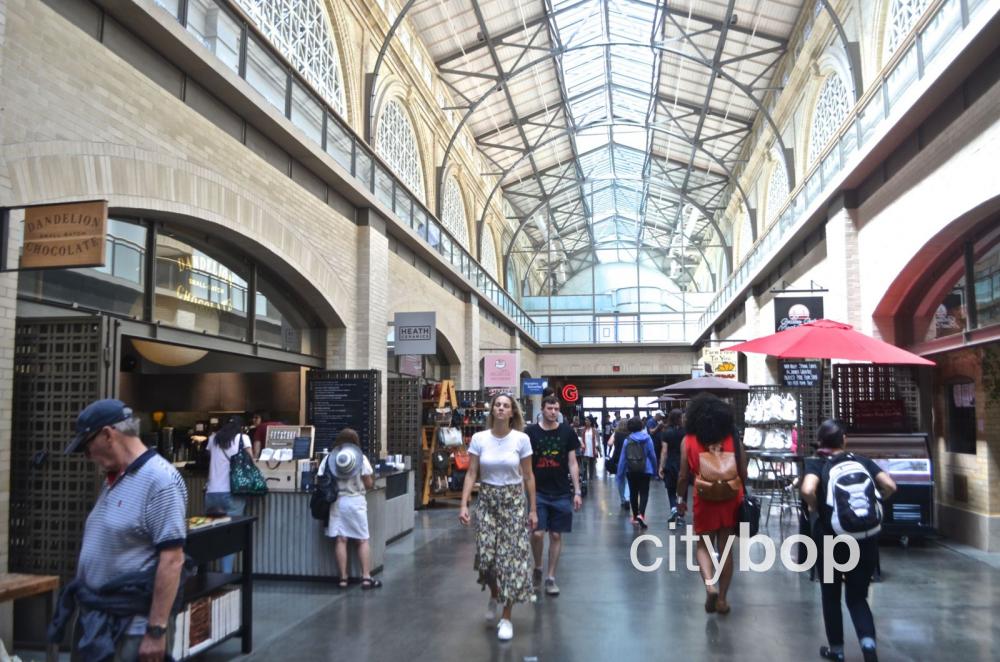 The San Francisco Ferry Building was restored to its former glory between 1999 to 2003, however there were significant changes.

For example, the former baggage storage area on the ground floor was chosen as the new marketplace, not the original passenger area on the upper floor. Large openings were also cut through the original passenger floor to expose the huge skylights, and a third floor addition at the mezzanine level was also removed. Look up at the stunning trusses and brick arches, concealed for decades, but now completely visible. Gorgeous!

The final result of this renovation is a beautiful, light-filled, open structure, with an upper floor available for special events.  Walk upstairs to see the 6,500 square feet of original mosaic tile on the upper floor, previously covered by vinyl.

7. Check out the cool playground across the road. 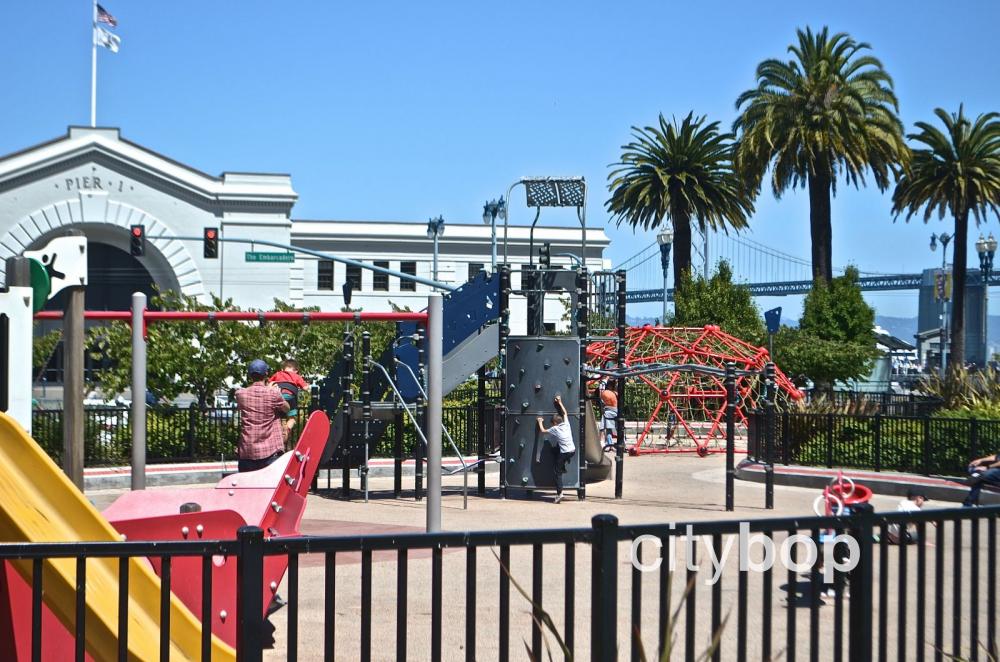 Cross the road to the fun playground at Sue Bierman Park, with peep through views of the Bay Bridge.

8. See the striking waterfall sculpture from the remains of the Embarcadero Highway. 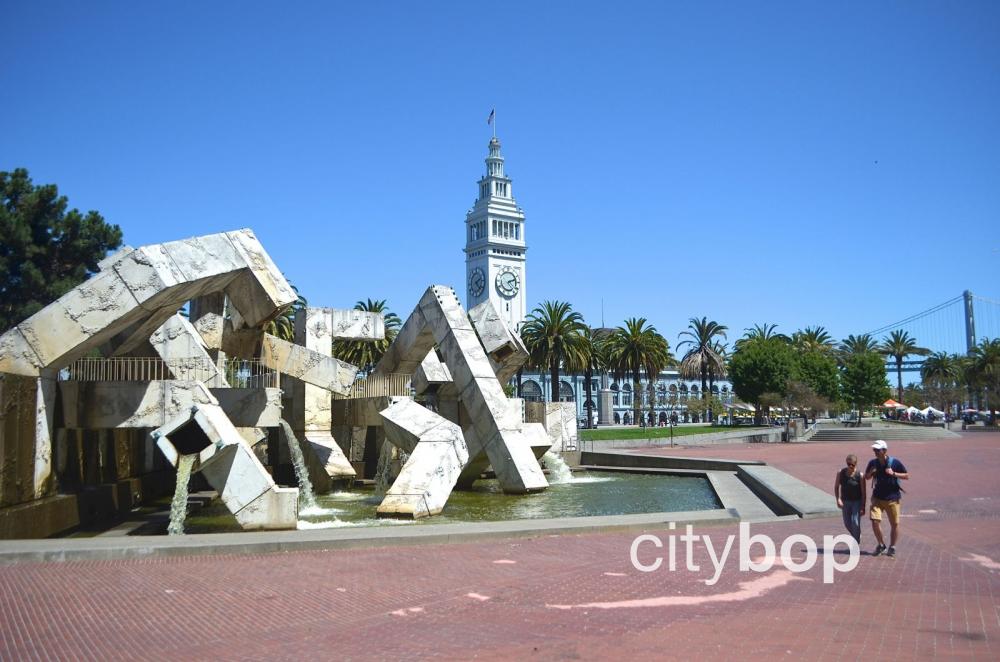 Did you know an elevated highway once ran in-front of the San Francisco Ferry Building?  The Embarcadero Highway was built in 1958, creating an unsightly barrier between the waterfront and city.

However, in 1989 the highway suffered severe damage in the 6.9 Loma Prieta earthquake, and a decision was made to remove it in 1992.

The waterfall sculpture (above) is created from the concrete remains of the highway, in a large plaza across the road from the Ferry Building.

9. Take a lovely waterfront walk along the Embarcadero. 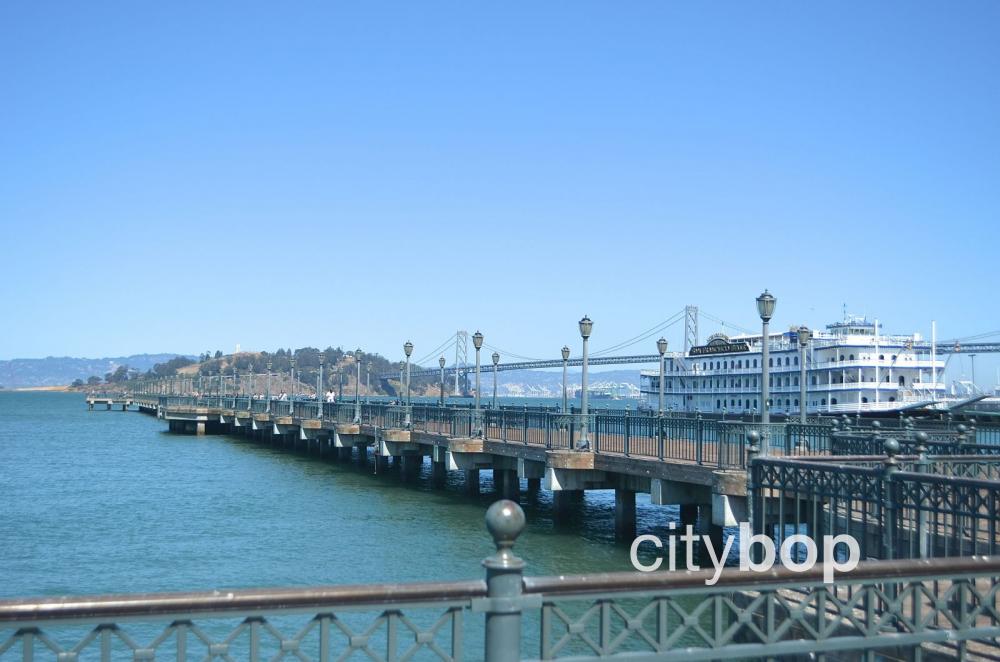 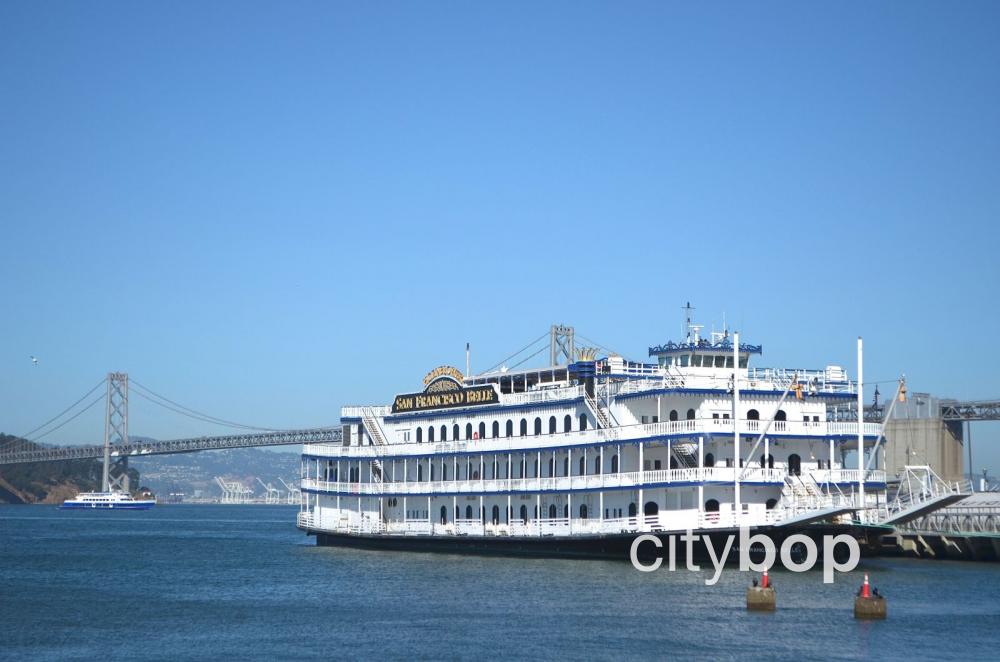 When strolling along Pier 7, you'll also see the San Francisco Belle moored across at Pier 3.  It's perfect for a city lights cruise with dinner and cocktails.  Brunch cruises are also available. 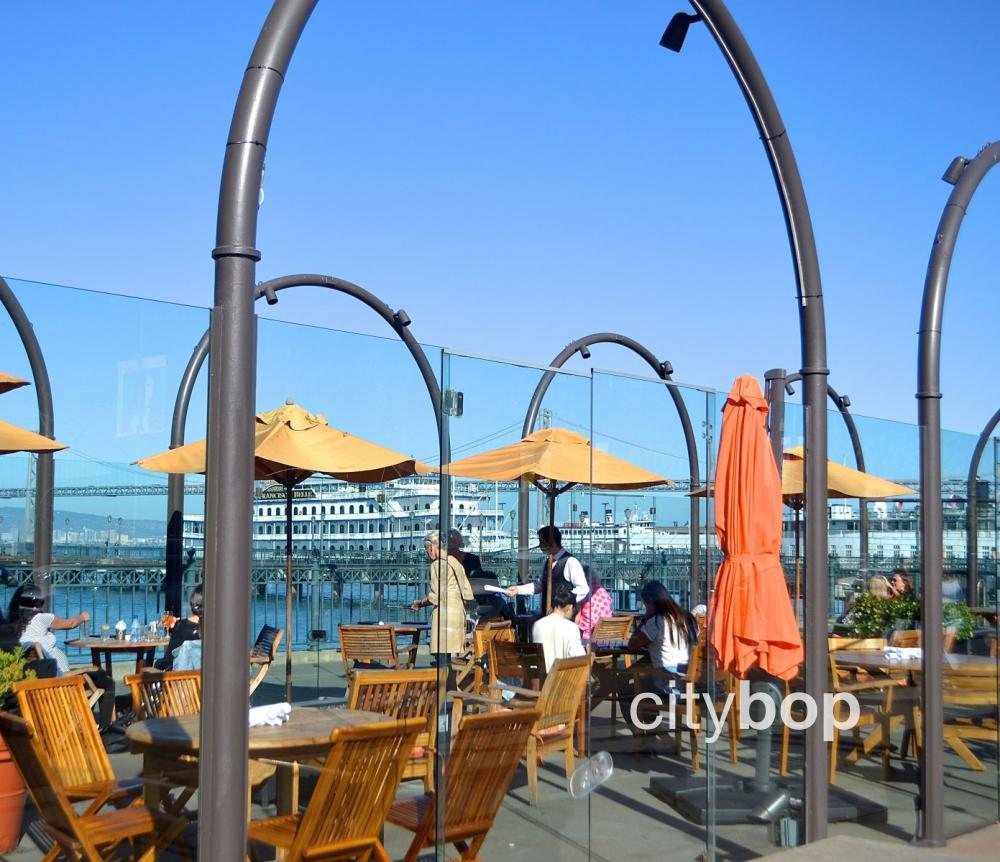 Choose from stunning waterfront restaurants along The Embarcadero, including The Waterfront Restaurant (above), and Coqueta Restaurant.

10.  Continue along the waterfront to the fabulous Exploratorium science museum. 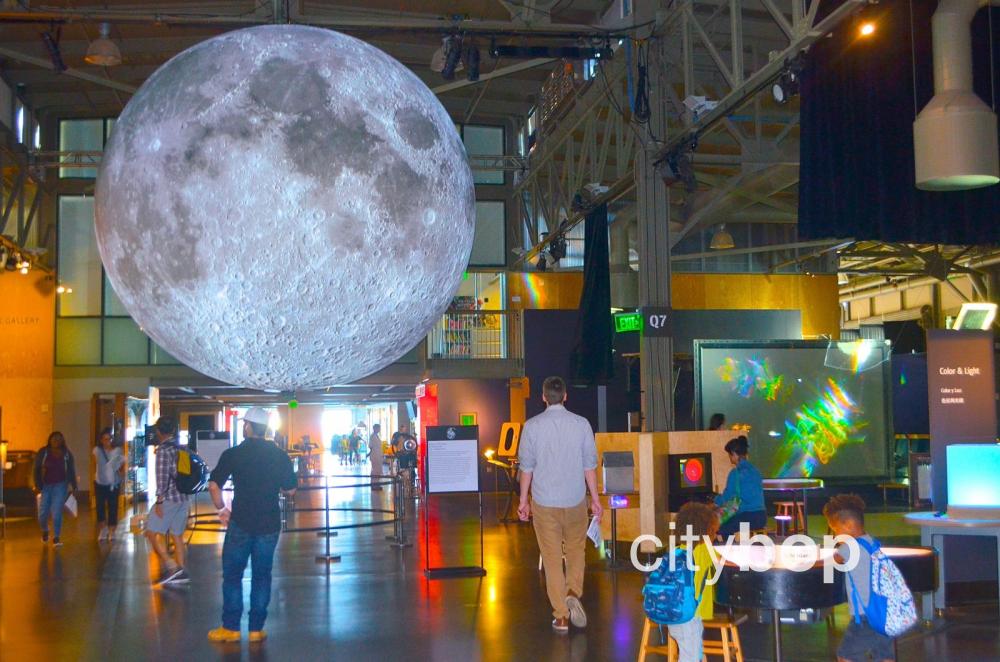 The Exploratorium museum is beloved by kids and adults alike, with dozens of hands-on experiments. It's easy to spend 4 or 5 hours here! 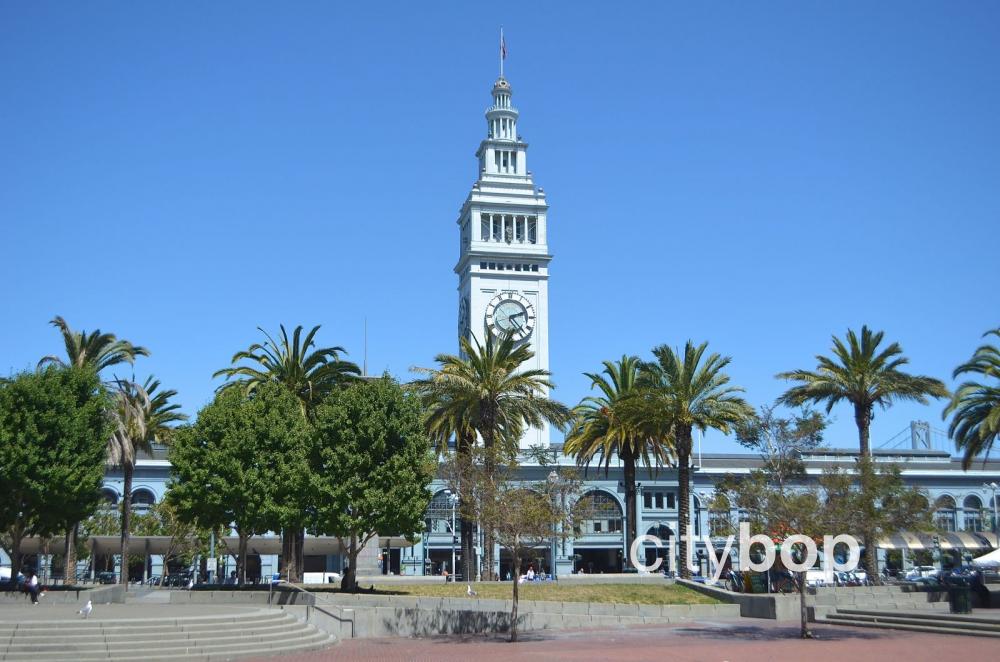