The Japanese Tea Garden San Francisco, is the oldest public garden in the U.S.

The Japanese Tea Garden was originally constructed as an exhibit at the 1894 World Fair, then relocated to a permanent garden by landscape designer Makoto Hagiwara. Hagiwara lived there with his family from 1895 to 1942, but was sent to a Japanese Internment Camp during WWII and was never allowed to return to the garden.

10 best things to do at the Japanese Tea Garden 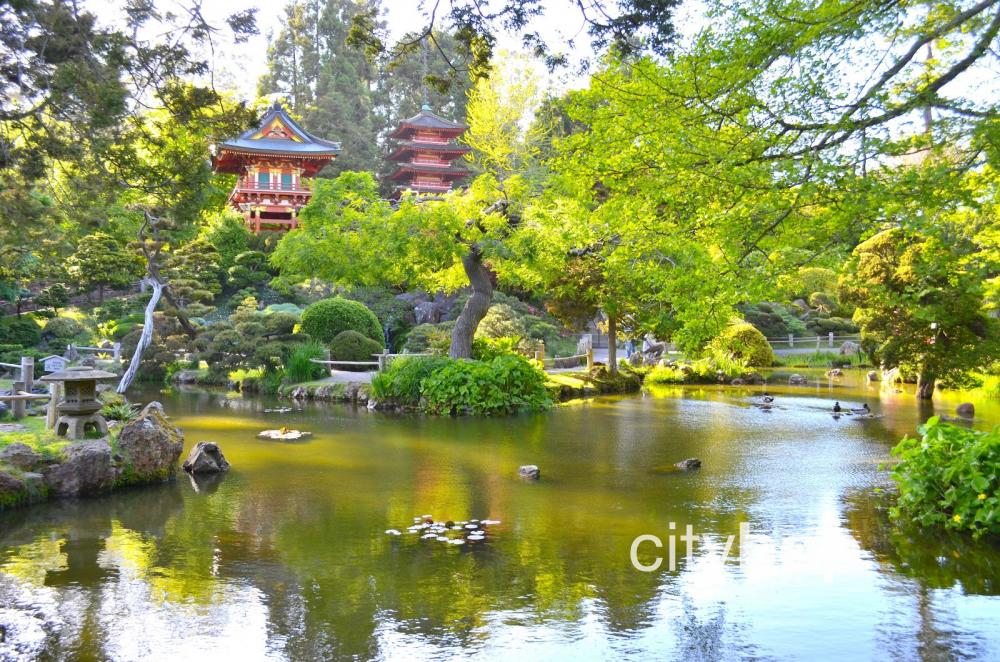 This buddhist shrine was constructed for the 1915 Panama-Pacific International Exposition as part of the Japanese Exhibit, then moved to the Japanese Garden afterwards.  Look for the tranquil waterfall feature, tucked away in the mini-mountain below the Pagoda.

2. Walk through the ornate Temple Gate. 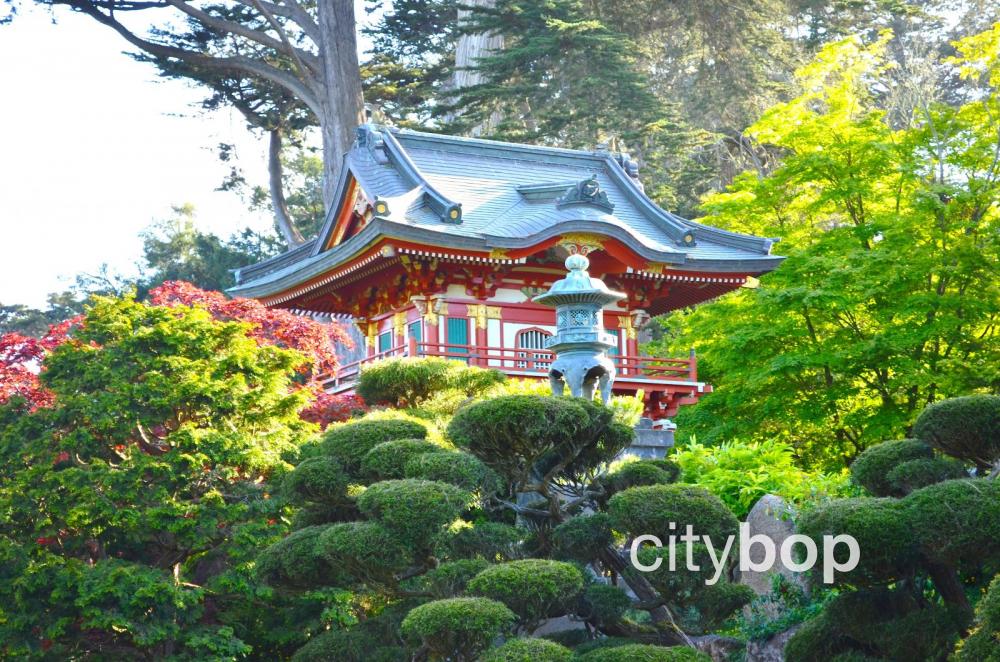 This Temple Gate at the Japanese Tea Garden San Francisco, was also constructed for the 1915 Panama-Pacific International Exposition.  Temple Gates are positioned at the entrance to shrines, marking the transition from ordinary life to a sacred space. 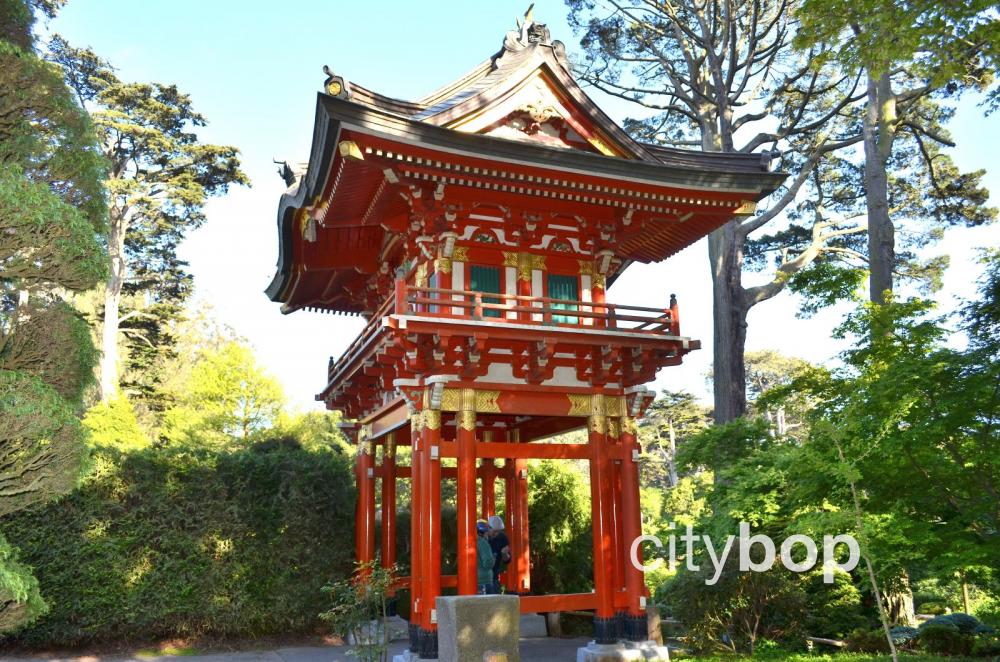 3. Stroll around the main pond, surrounded by dwarf trees. 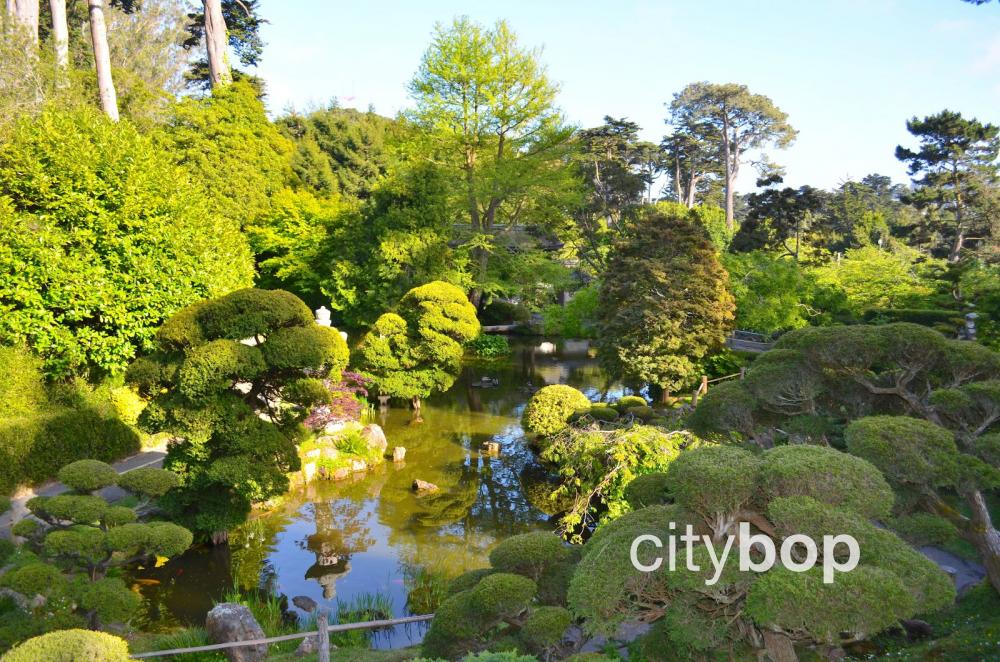 Search for orange koi darting about in the pond, and rocks jutting out of the water that depict sacred islands. 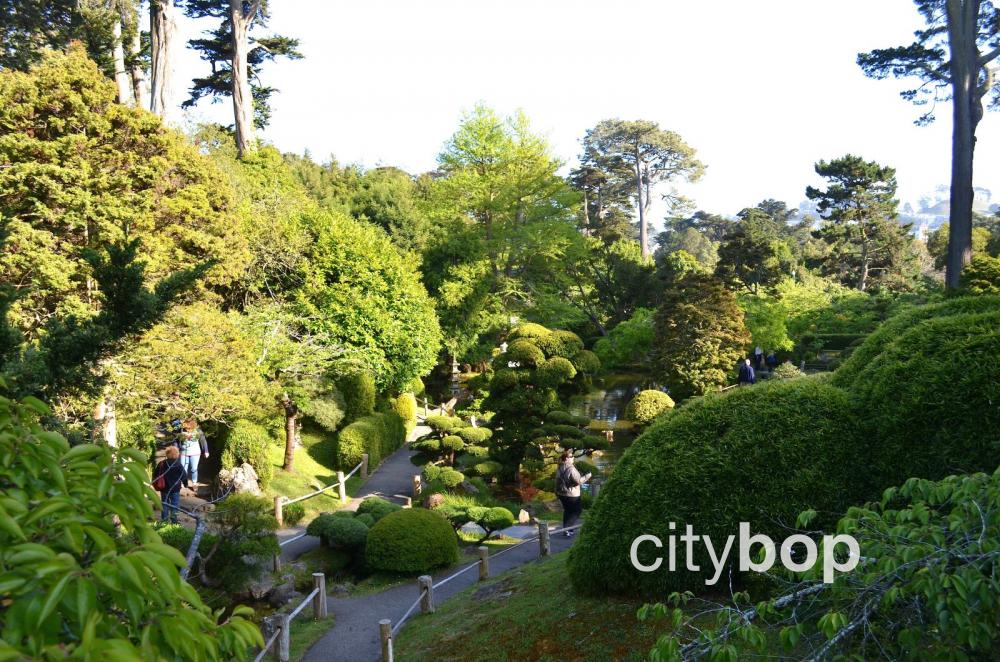 5.  Follow the pathway under the Long Bridge, draped in fragrant purple wisteria. 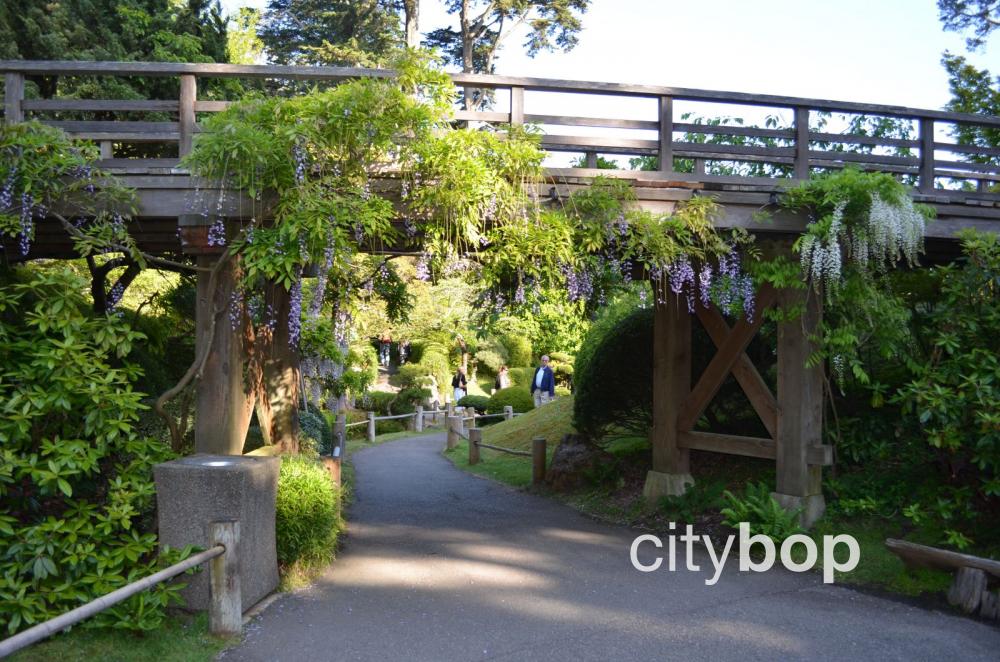 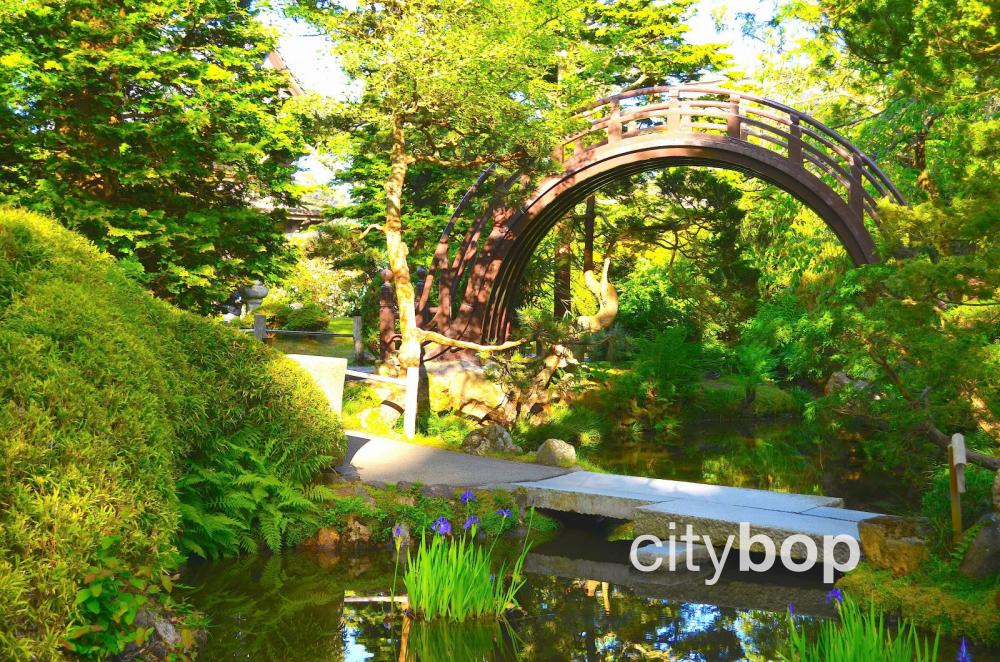 The bridge is designed to look like half a drum, which forms a full drum when reflected back in the water at the Japanese Tea Garden San Francisco. 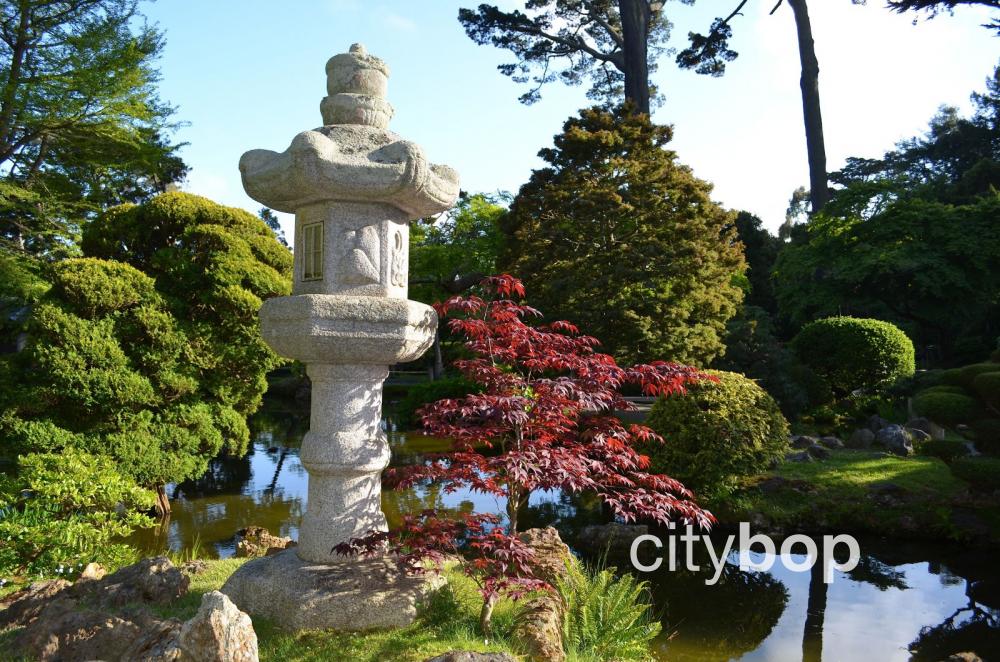 Visit in Fall when the maple trees turn blazing red, or April and May to see the pink cherry blossoms. 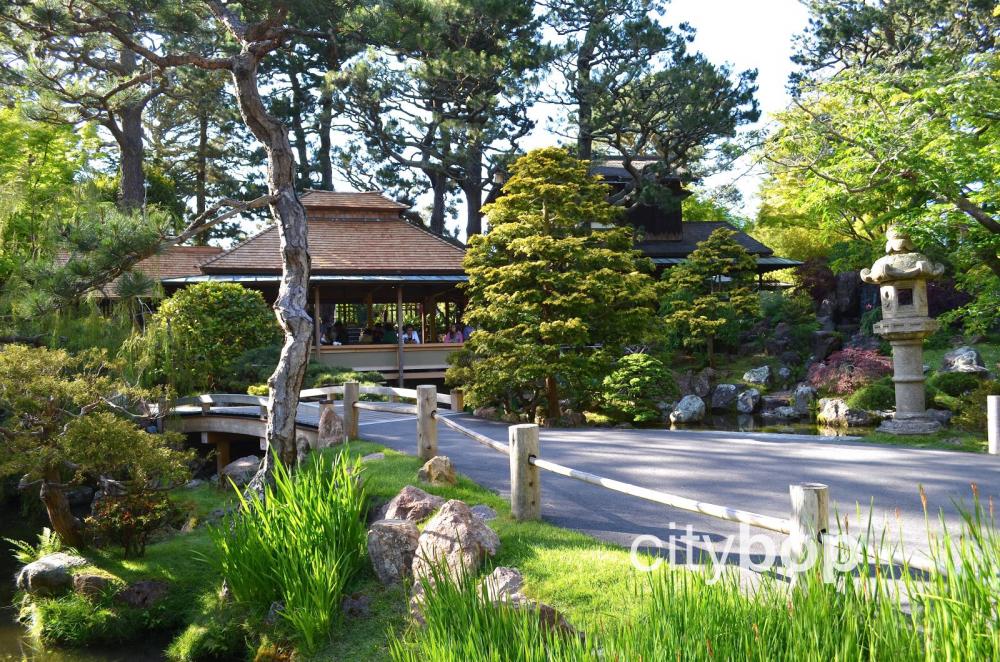 The Tea House serves light snacks like Miso Soup, Udon noodles and tea sandwiches.  Sencha green tea is also popular with visitors. The garden's founder Makoto Hagiwara first introduced fortune cookies to the United States, and these are also available on the menu at the Tea House. 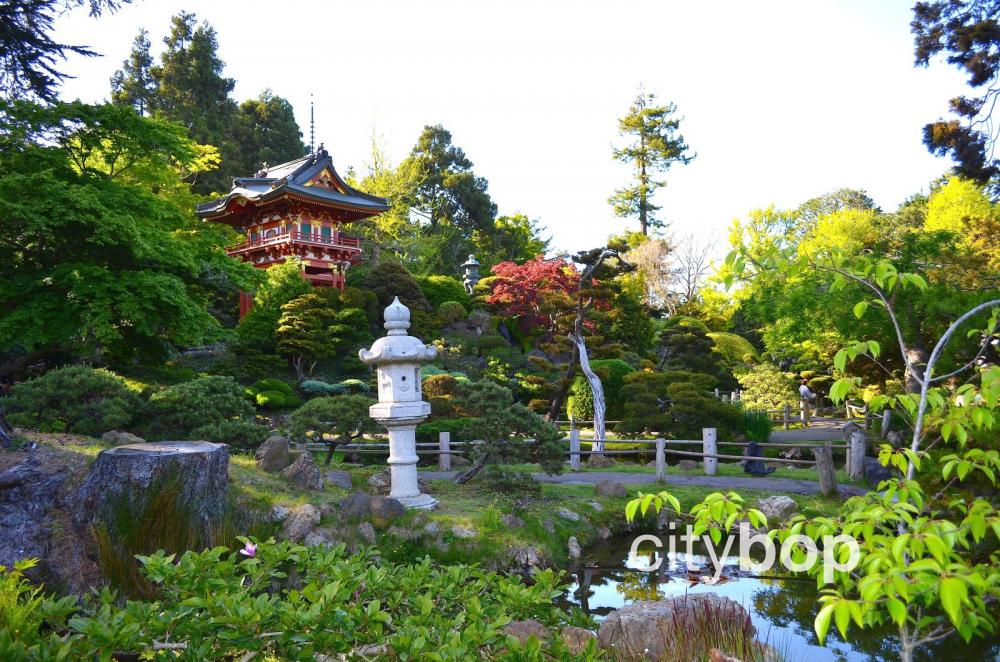 The stone lanterns are hauntingly beautiful in the evening, when they are illuminated to lead the way to temples.

10. Find this enchanting stone pagoda on an island in the Main Pond. 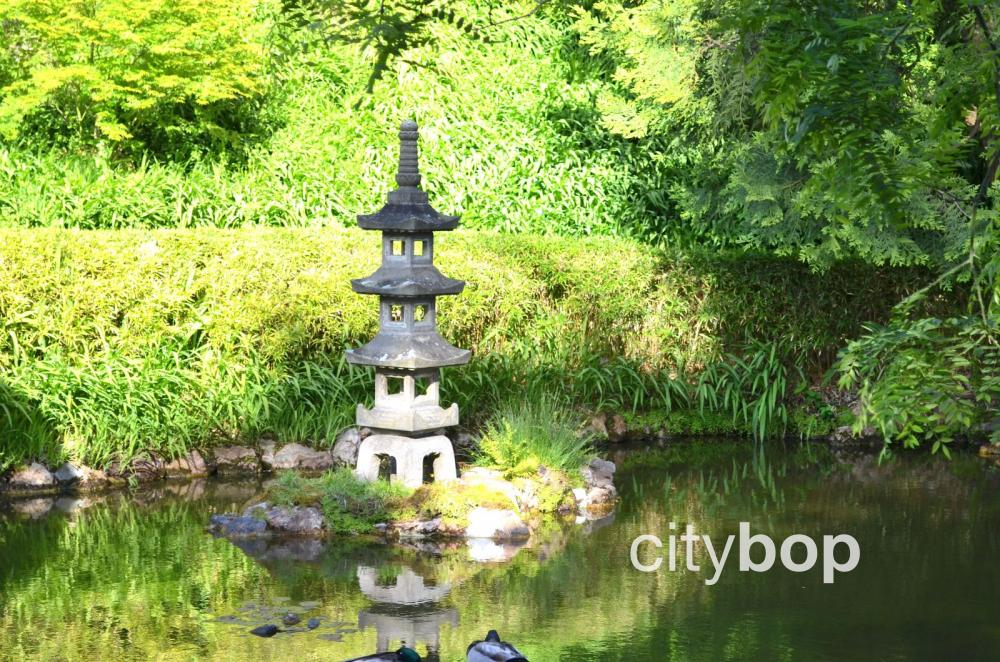 This stone pagoda represents a sacred shrine on an island, surrounded by a vast body of water.

Know before you visit the Japanese Tea Garden San Francisco

Other things to do at the Golden Gate Park

Other things to do at the Golden Gate Park include the De Young Museum, California Academy of Sciences, and San Francisco Botanic Garden. 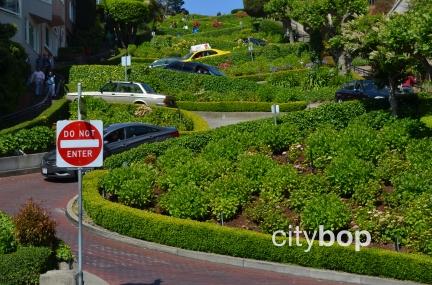