The Palace of Fine Arts is free to visit.  It's located in the Marina District of San Francisco.

The Palace of Fine Arts was constructed for the 1915 Panama Pacific Exhibition to celebrate the opening of the Panama Canal.

It was also intended to showcase San Francisco's recovery after the 1906 earthquake.

10 best things about the Palace of Fine Arts

1.  It's FREE to explore the structure and grounds of the Palace of Fine Arts. 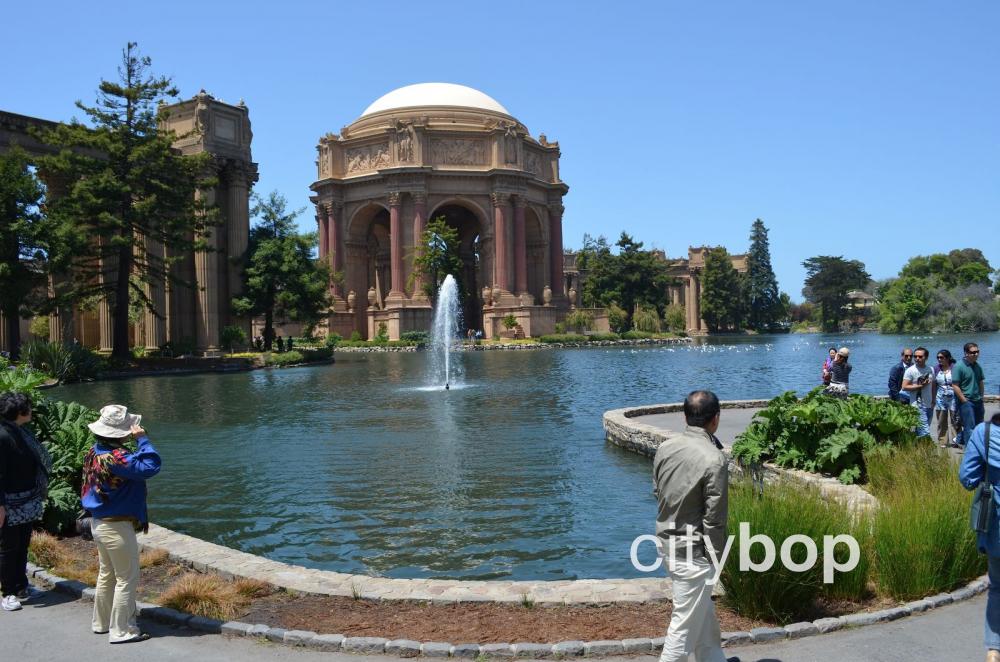 2.  The Palace of Fine Arts is the only building still standing from ten palaces constructed during the Panama Pacific Exhibition in 1915.

The original plan was to tear down the ten temporary palaces after the 1915 Exhibition, because they were made from flimsy, wood framed structures covered in plaster. However the Palace of Fine Arts was considered too precious to destroy. 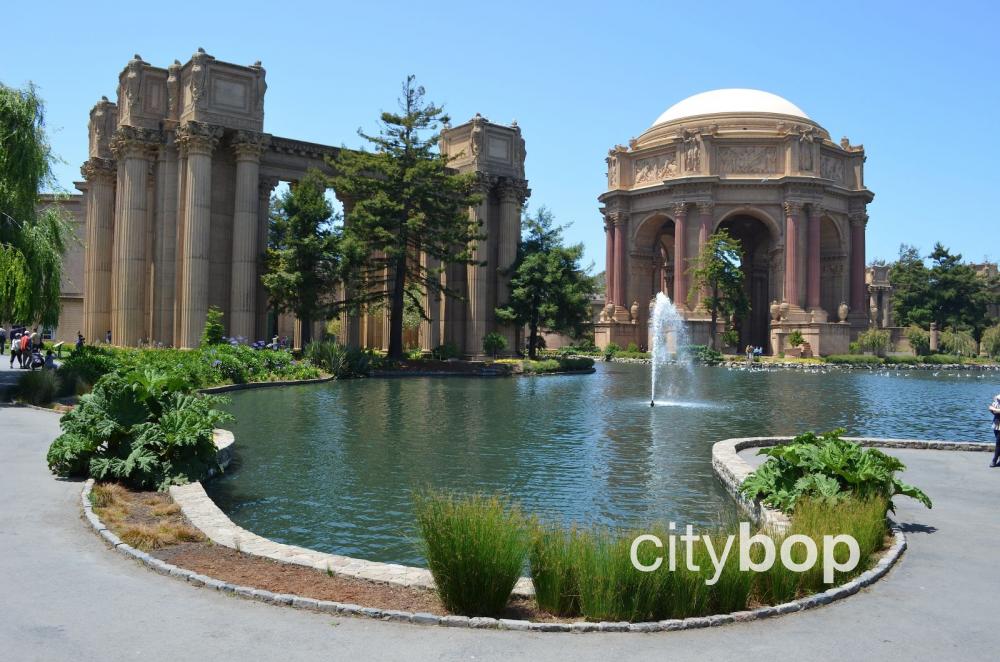 The Palace of Fine Arts

3. In 1965 the Palace of Fine Arts was demolished and rebuilt to higher standards using concrete and steel.

Over the years it had fallen into ruin, with large chunks of plaster falling off its facade. 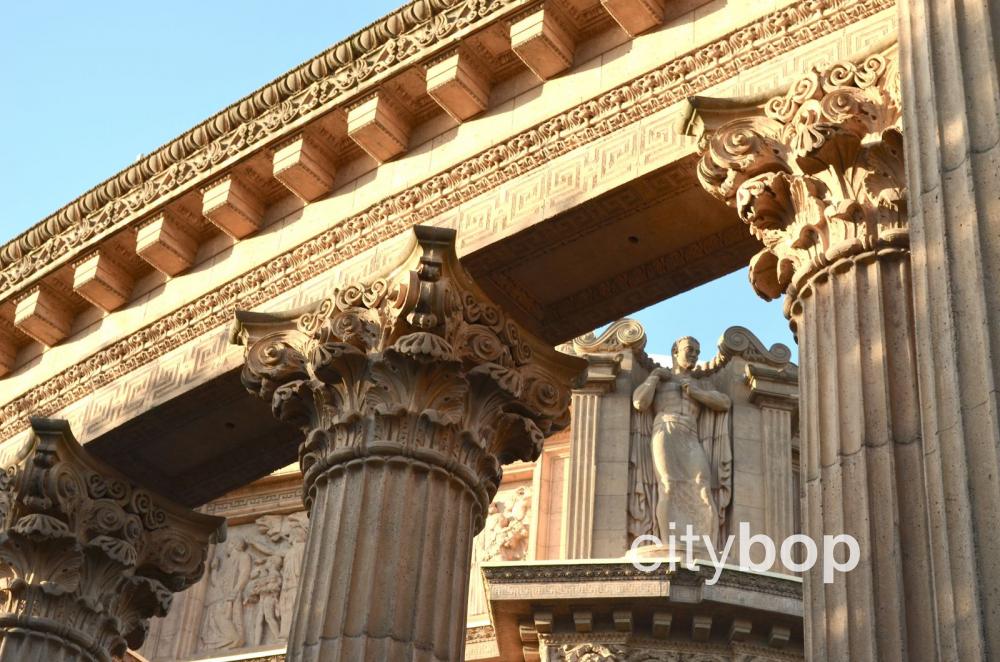 4. The Palace of Fine Arts was intended to resemble a Roman ruins reflected in a pool.

The massive Palace Rotunda is flanked by towering Colonnades set on a lagoon. 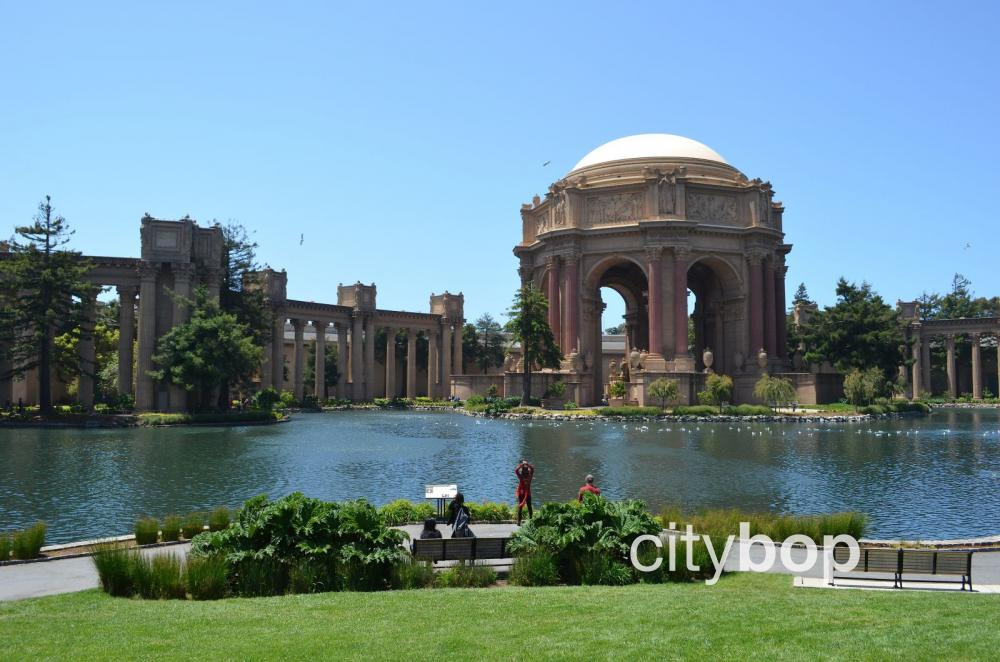 5. It was designed by American architect Bernard Maybeck.

Maybeck was born in New York, and spend five years studying at the Ecole des Beaux Arts in Paris. 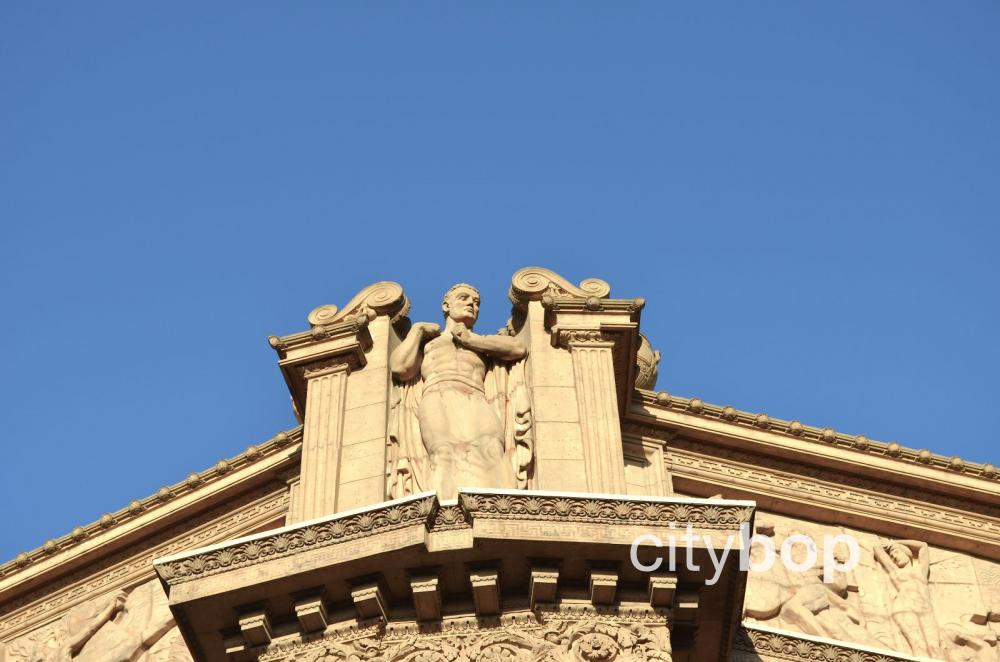 6. The 140,000 square feet of exhibition space behind the Palace of Fine Arts has had various uses.

7. Today the exhibition space is rented out for corporate events.

There’s also a cafe inside with games like Corn Hole, Bocce Ball, Foosball, and Ping-Pong.

8. The panels around the Rotunda are by sculptor Bruno Louis Zimm, and represent "The Struggle for the Beautiful". 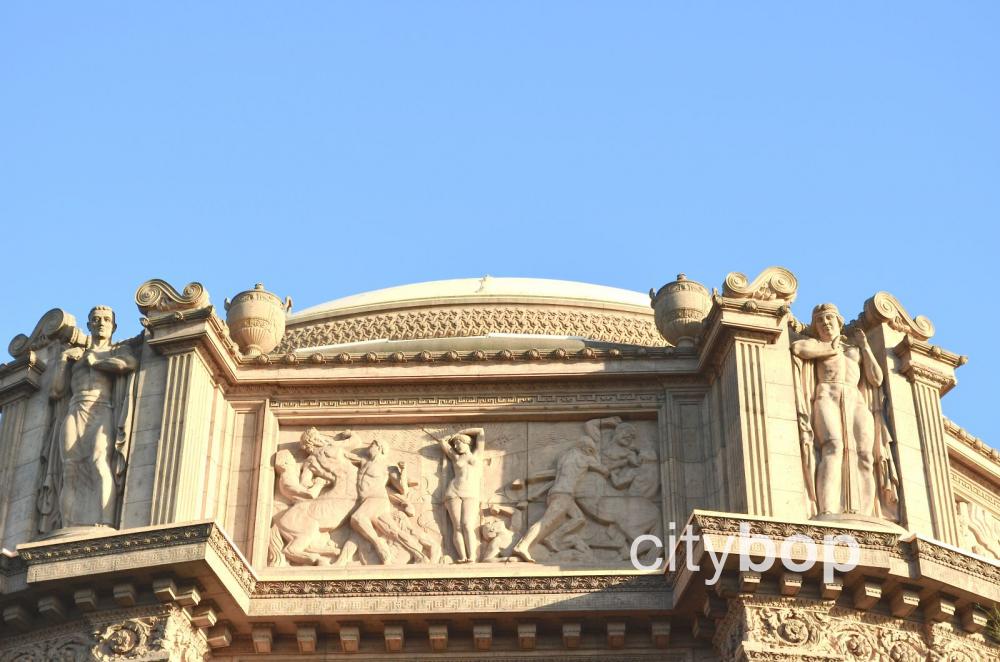 sculptor Bruno Louis Zimm "The Struggle for the Beautiful"

9. The "Weeping Maiden" sculptures atop the colonnades, were created by sculptor Ulric Ullerhusen.

The maidens are leaning in groups of four over planter boxes, with their backs to the lagoon.  Their tears were intended to nourish the greenery in the planter boxes, which were unfortunately never filled due to budget constraints. 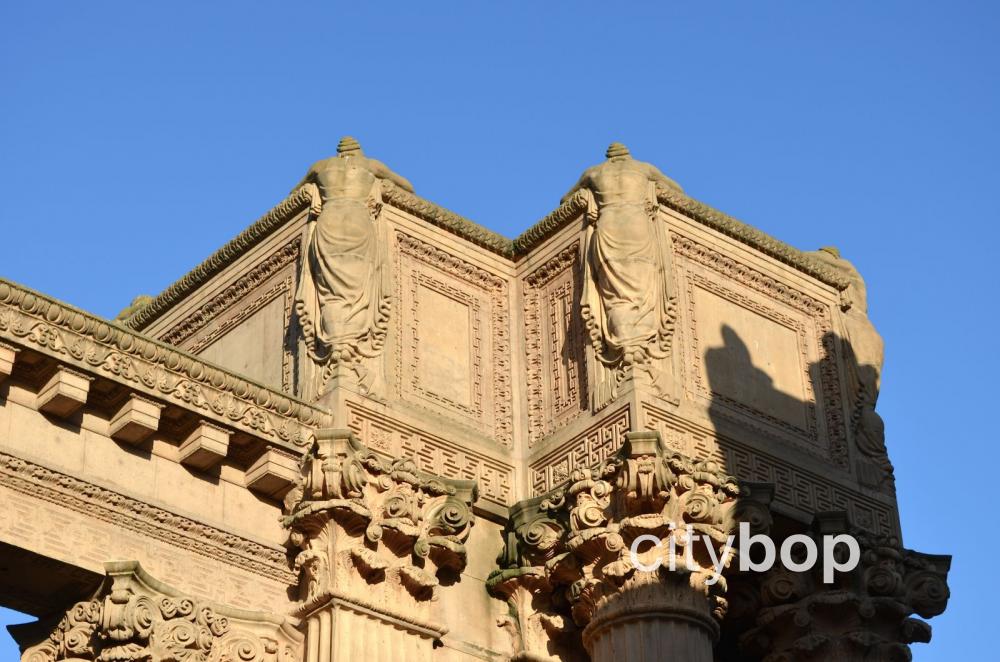 10. The underside of the striking 162 foot high Rotunda once contained beautiful murals on eight panels, that have now been painted over. 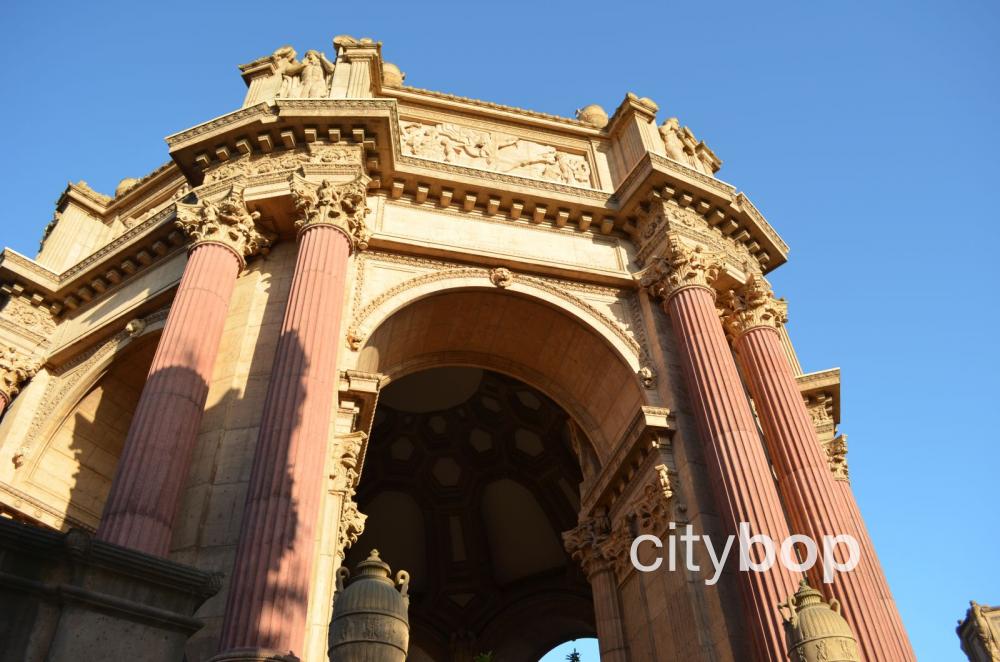