The Lands End trail is one of San Francisco’s most spectacular coastal trails, with breathtaking views of the Golden Gate Bridge.

10 best things to do at Lands End Trail

The Lands End Trail is on San Francisco's rugged, northwestern coastline, and is 1.5 miles long (one way).  It’s moderately difficult, with unpaved sections, lots of stairs, and sheer cliffs. 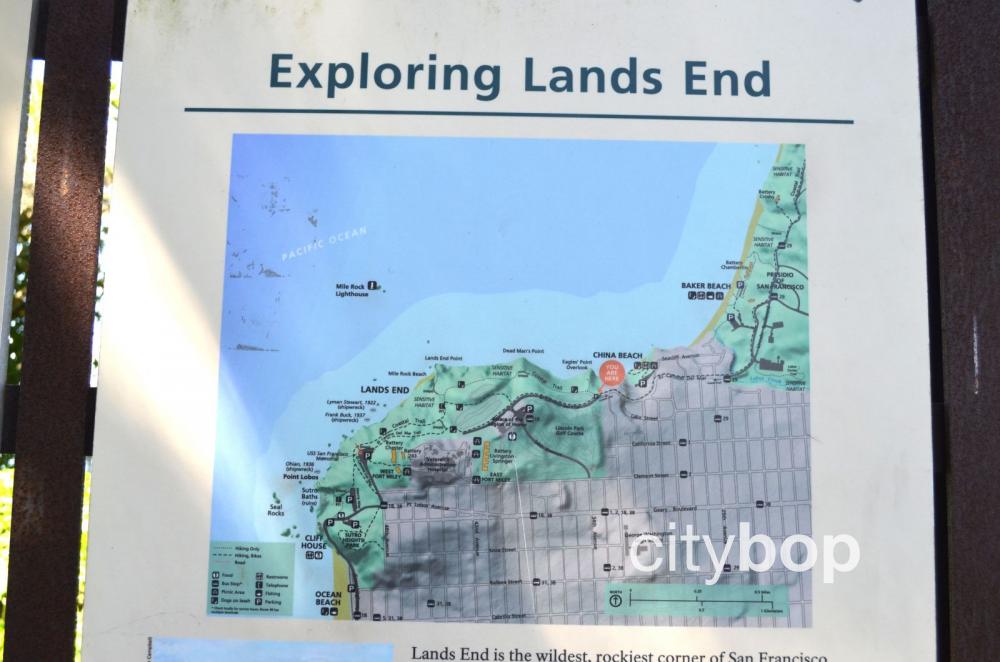 1. Start at the Lands End Lookout 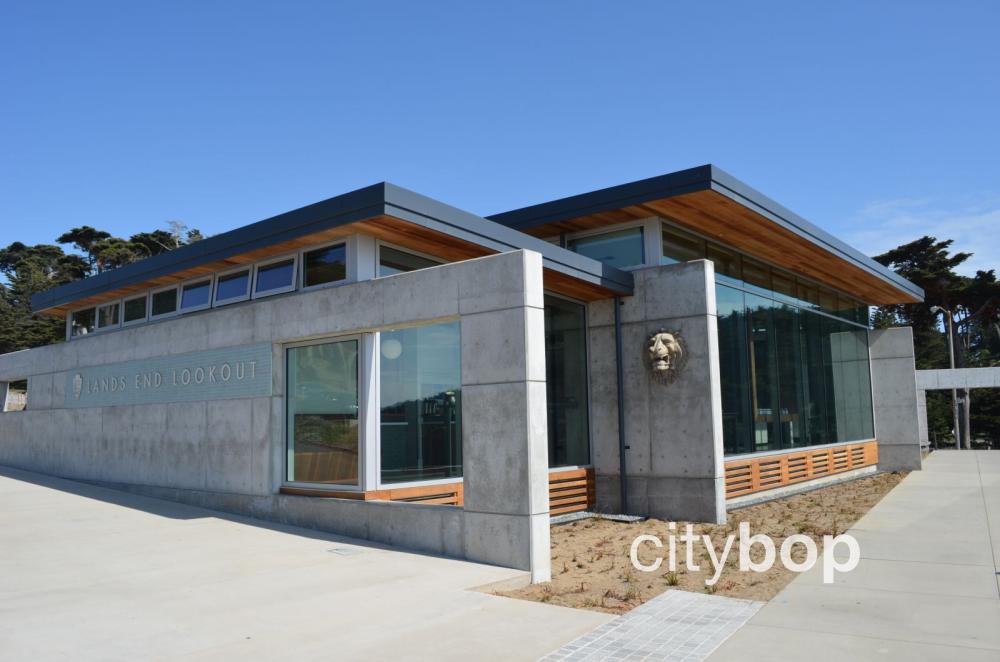 Start the Lands End Trail at the Lands End Lookout (680 Point Lobos Ave). This modern glass and concrete building has stunning ocean views and overlooks the Sutro Bath ruins.  Talk to the park rangers, pick up a map, browse exhibits on the natural and cultural history of the area, and visit the cafe. 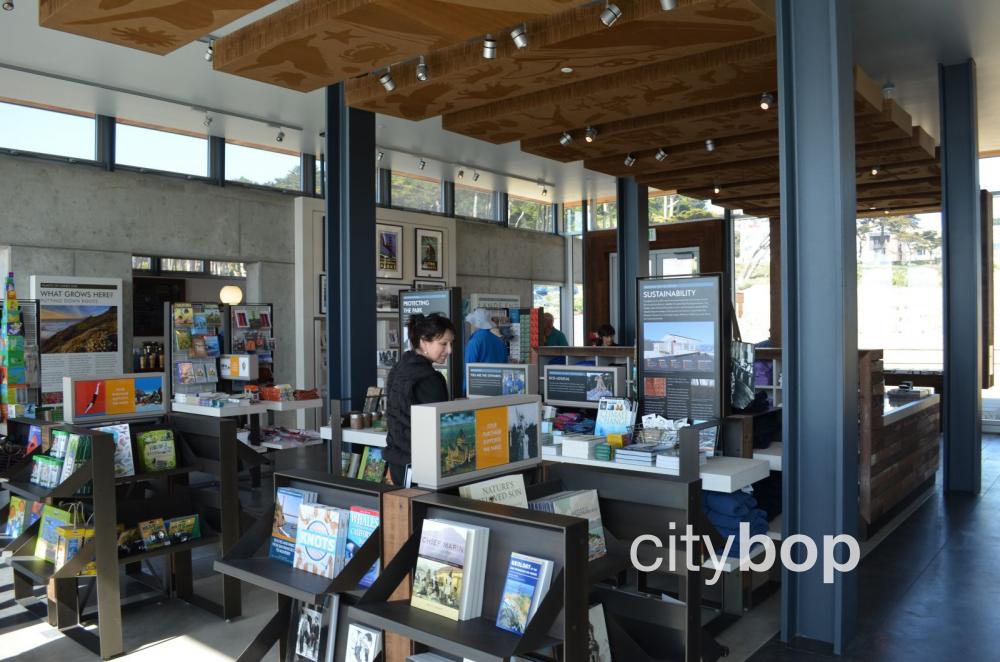 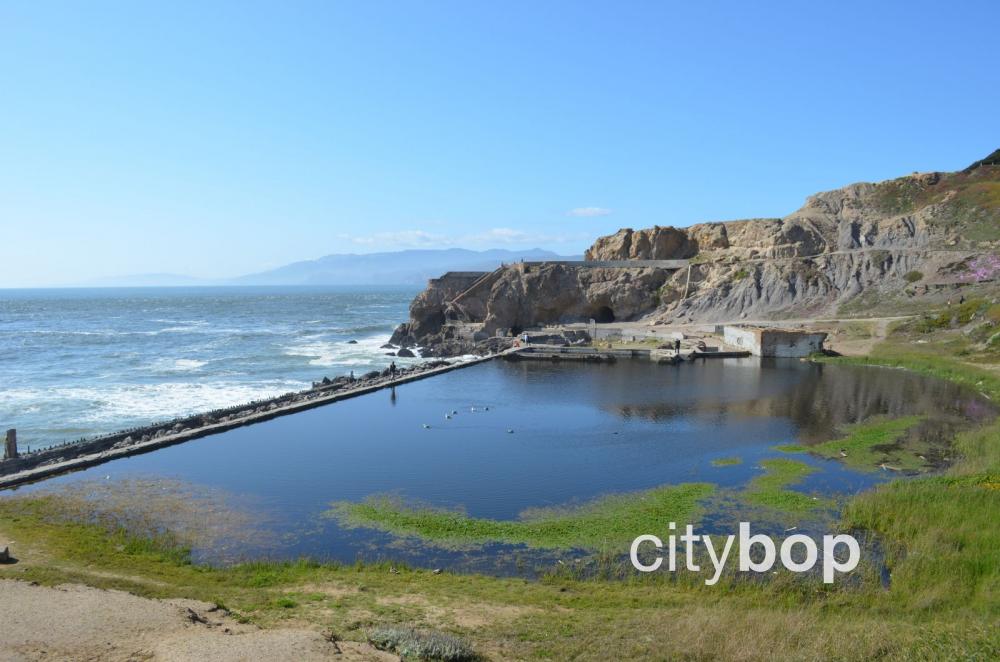 Take a short detour to the Sutro Baths ruins beneath the Lands End Lookout. This once magnificent bathhouse was constructed in 1896 by wealthy mining engineer and philanthropist Adolph Sutro, and was an amazing engineering feat.  Six saltwater pools and one freshwater pool were encased in a glass and steel structure that was five-stories high!  The salt pools were recycled by sea water from incoming tides.

3. Take the stairs up to the breathtaking viewpoint at Point Lobos 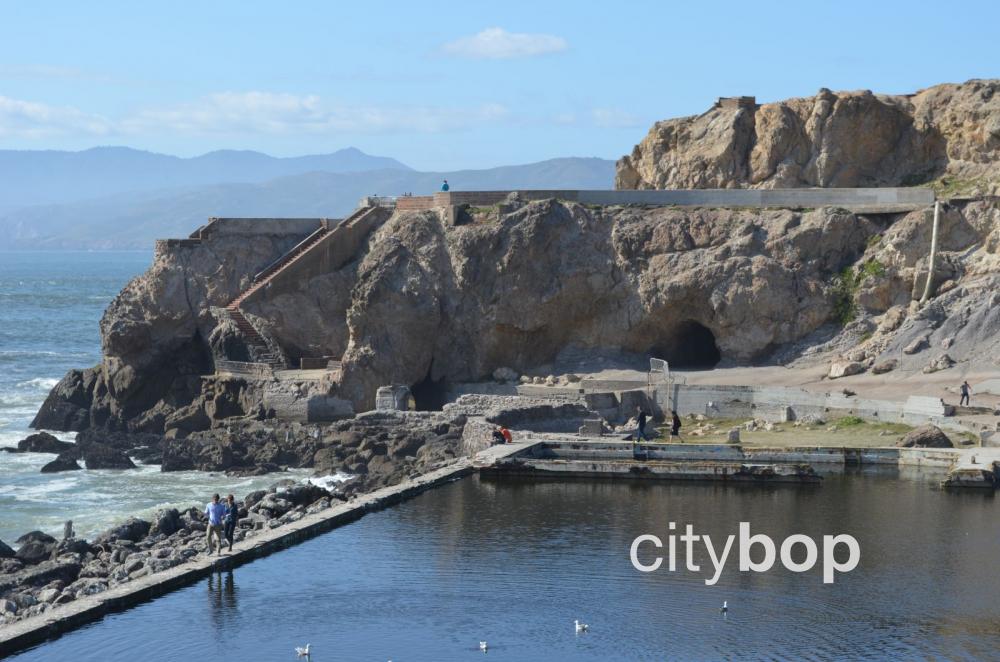 Walk along the upper trail above Sutro Baths to the clifftop viewing platform at Point Lobos.  Try to imagine the sky tram that once traveled high above the Sutro Baths, from Point Lobos to the Cliff House. 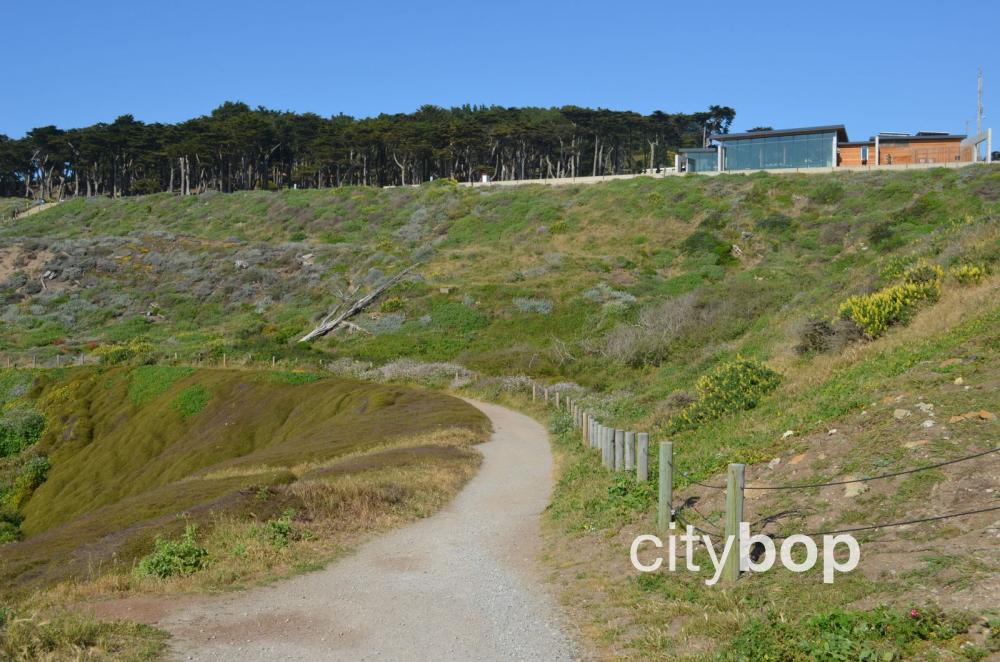 Climb back down the stairs from the Point Lobos Lighthouse, walk past the Sutro Baths, then ascend the stairs to rejoin the Coastal Trail. 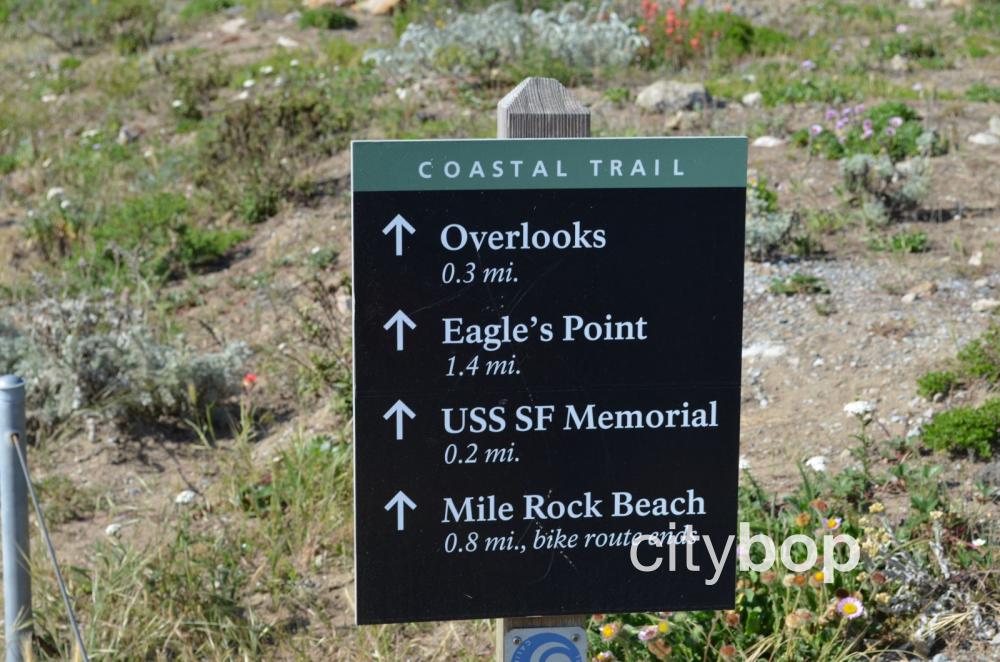 5. Walk through an enchanting grove of Monterey Pines. 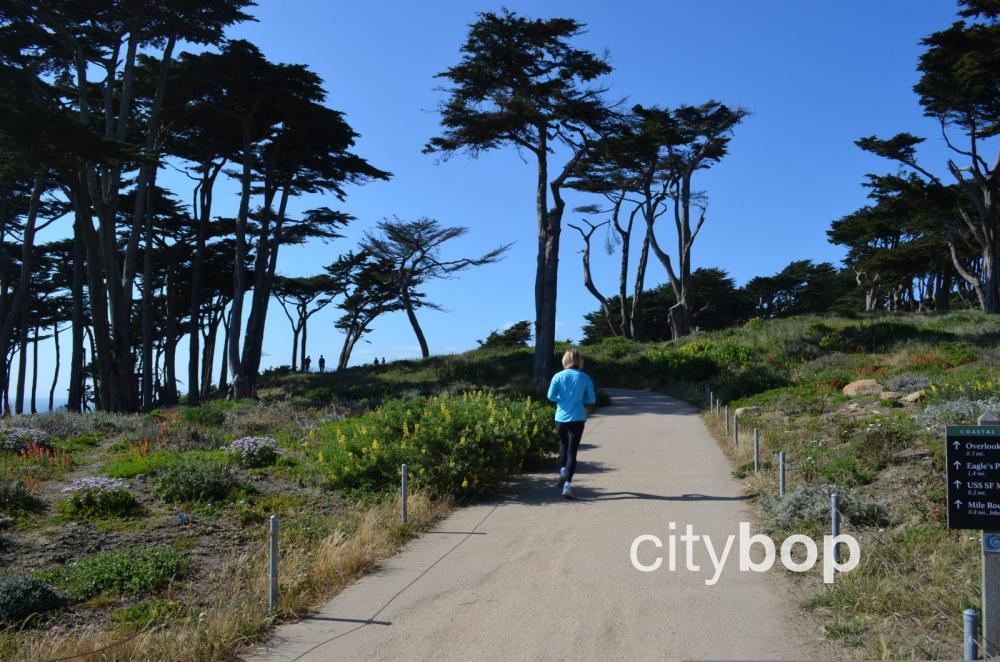 Continue the Lands End trail through a beautiful grove of Monterey Pines.

Take the stairs up to the USS San Francisco Memorial, approximately 0.2 miles along the Lands End Trail.

A plaque celebrates this warship’s heroic efforts at the 1942 Battle of Guadalcanal, marking the turning point in the Pacific War.  This warship encountered 45 hits during this battle, and the names of all the deceased are engraved into the plaque.  Thousands of lives were lost in this four day battle, enabling the US to gain the offensive over Japanese forces.  The ship has now been reduced to scrap, but it’s blue bridge wings (armor) are prominently displayed.

7.  Look out at the mysterious Mile Rock Lighthouse

Walk back down to the Lands End Trail and observe the white, squat form of Mile Rock Lighthouse out at sea.  It was built in 1906 but the towers were replaced with a helipad.

Continue east along the trail and stop at the numerous overlooks with benches for relaxation. When you reach the junction, take the coastal path on the left.

At the 0.8 mark of the Lands End Trail there’s a strenuous walk down stairs to the Labyrinth at Land’s End, with the spectacular backdrop of the Golden Gate Bridge. The path then continues down more stairs to Mile Rock Beach.  This steep trail is not officially maintained or endorsed by the National Park Service and can become slippery and loose, so it's not recommended you take this path off the Lands End Trail. 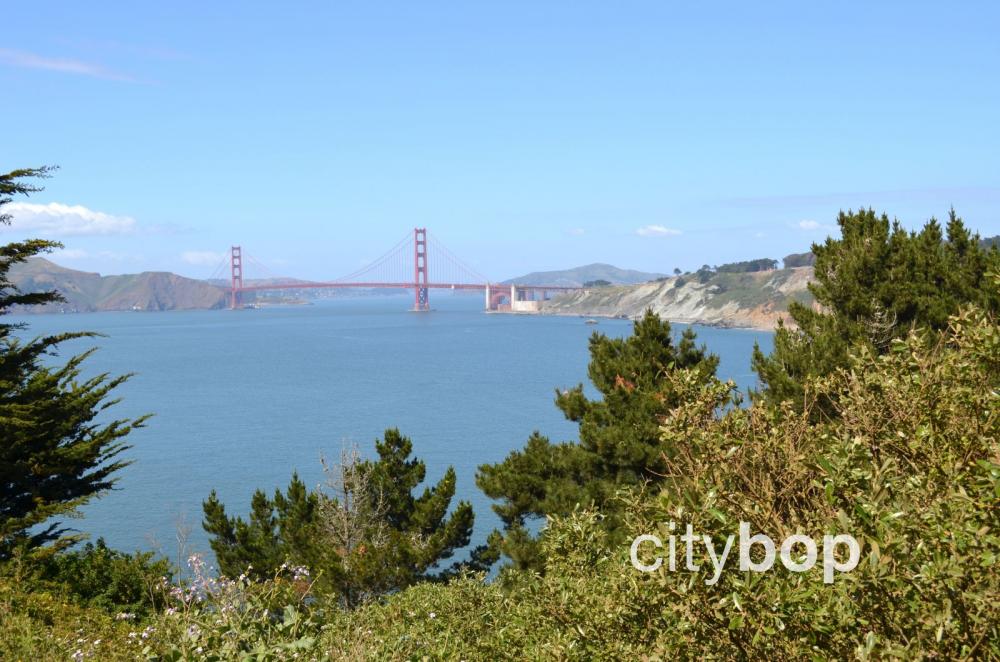 Continue back down to the Lands End Trail until you reach the Eagle's Point Overlook, and enjoy panoramic views of San Francisco Bay and the Golden Gate Bridge. 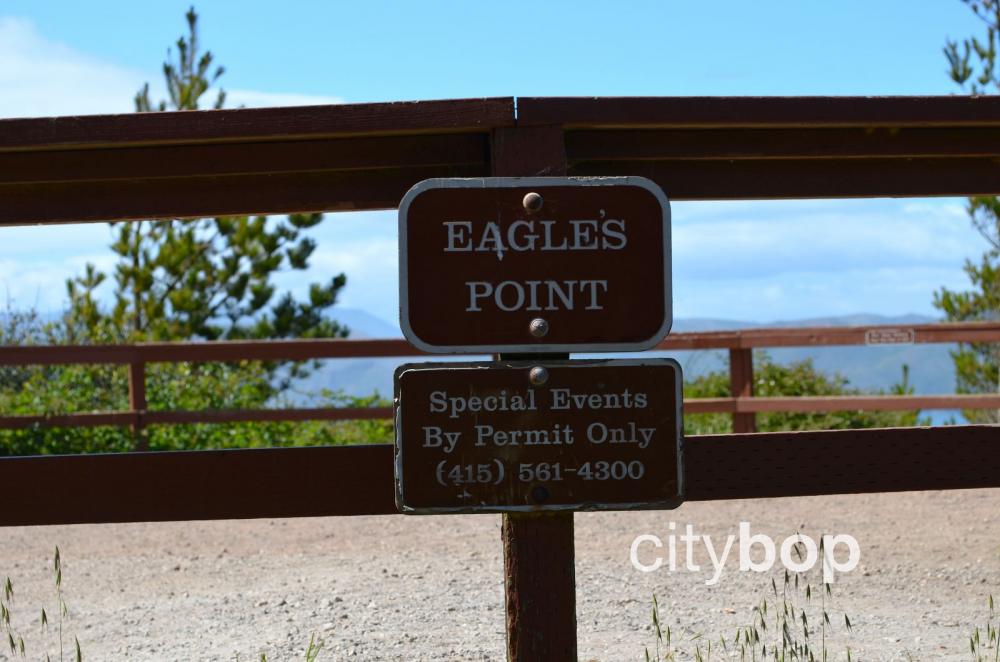 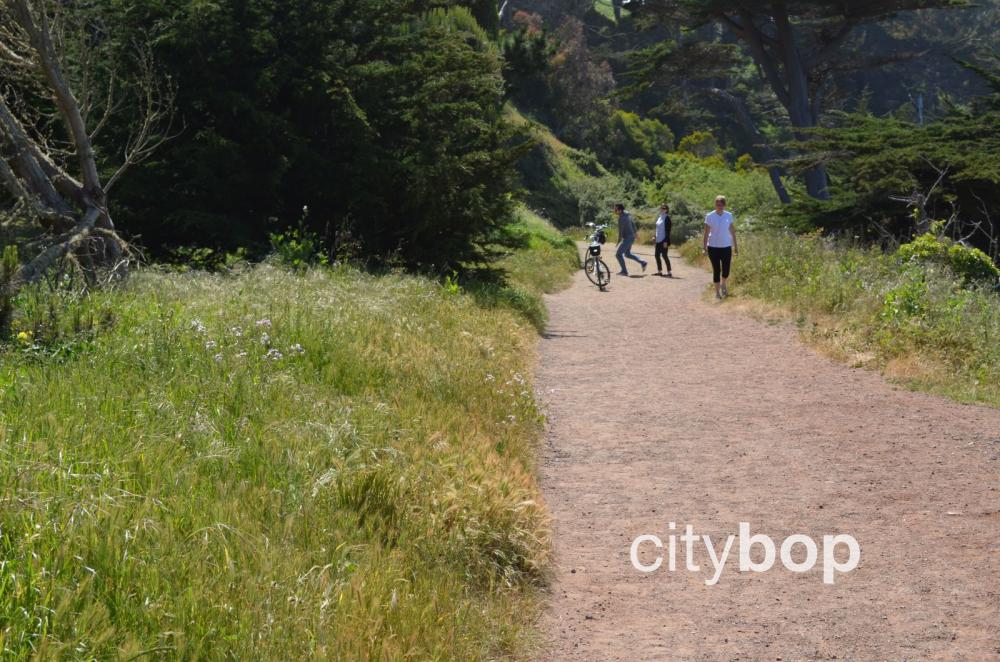 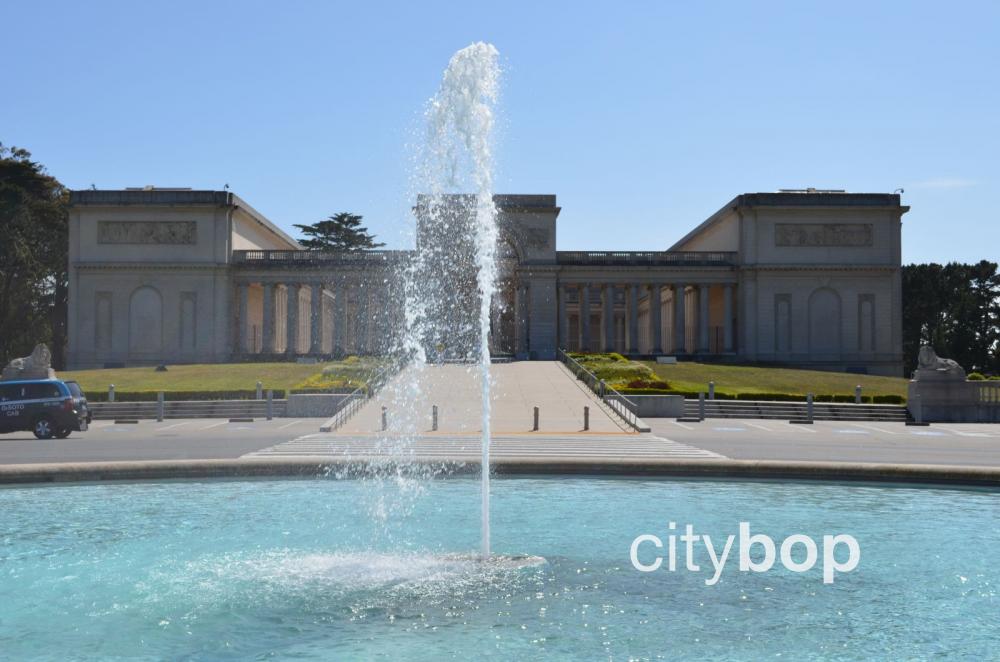 The trail ends a short distance past the Eagle Point Overlook, dead-ending on Lincoln Highway in the affluent neighborhood of Seacliff.  Turn around and walk the 1.5 miles back to the Visitor Center.   On the way back you might wish to take an alternate route to Lincoln Park, that passes the magnificent Legion of Honor building that houses an art gallery and cafe. 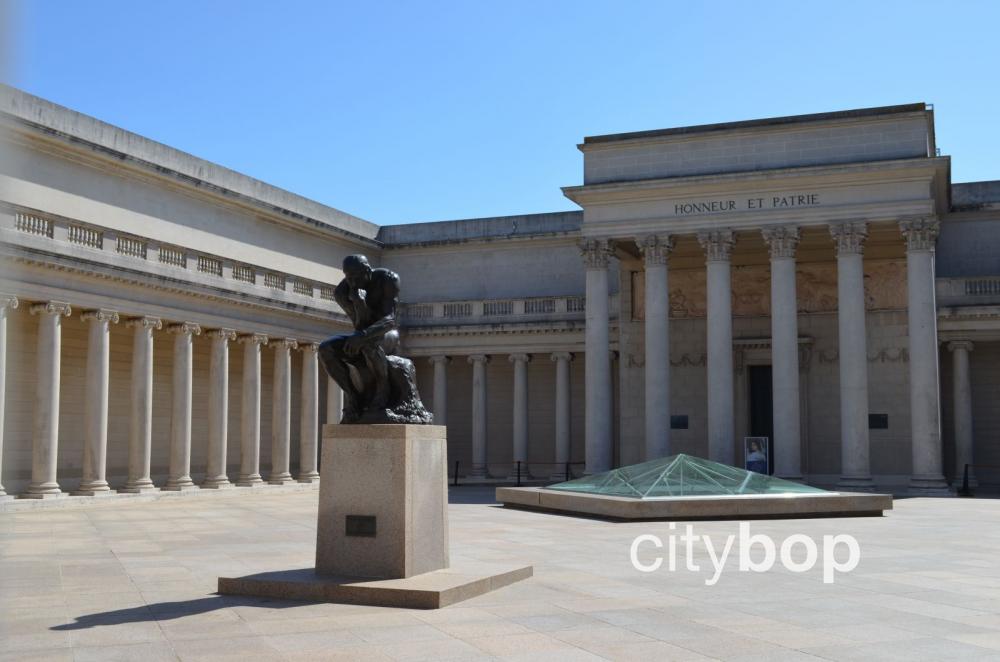 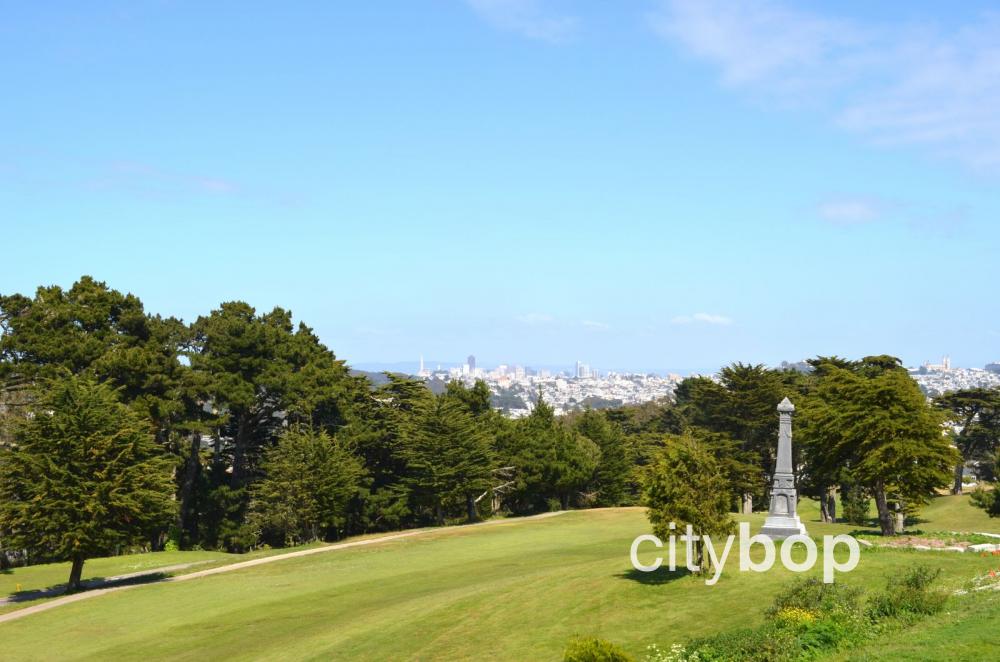 These are the incredible views of San Francisco across Lincoln Park, from the Legion of Honor art gallery.

Check out this aerial view of the Lands End Trail 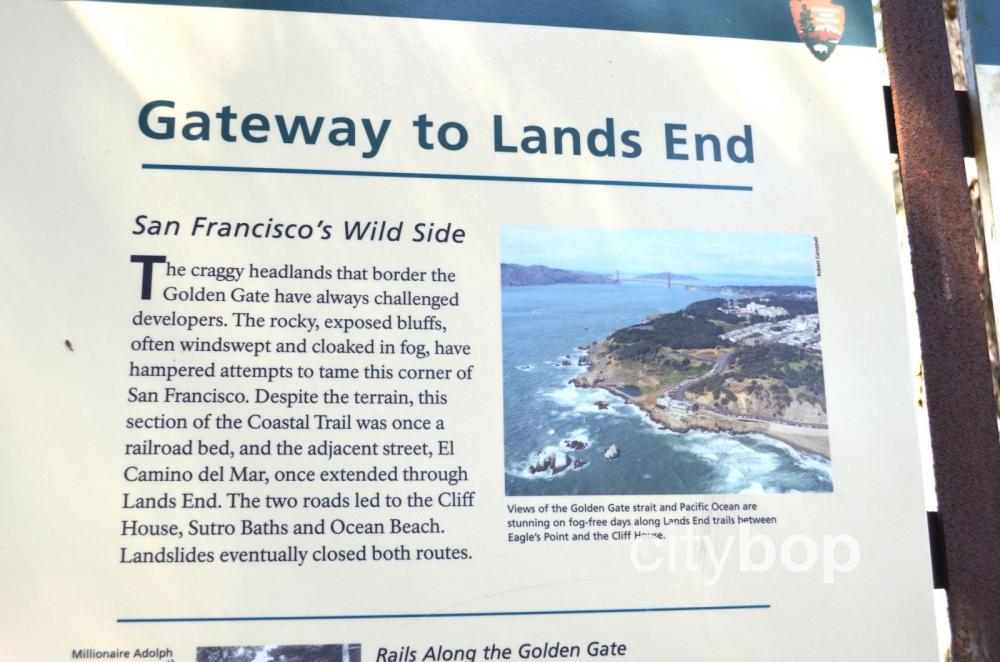 Things to do nearby

Other things to do in the area are the Cliff House, Legion of Honor, Baker Beach and China Beach. 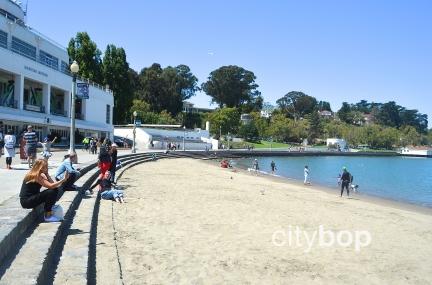