The Musee Mecanique is a working museum in San Francisco, with 300 vintage arcade games that you can actually play!  These are the types of games your grandparents or great grandparents might have played.

It was a labor of love for the original founder, Edward Zelinsky, who started collecting these games when he was eleven years old.  His son now manages one of the best collections in the world.

There's an eclectic mix of games at Musee Mecanique, each with a fascinating piece of history.  The craftsmanship is superb, and a nice departure from the video game culture of today.

Entrance is free, but the games are coin operated with quarters.

10 best things to do at Musee Mecanique

1. Load up on quarters to work the coin operated machines. 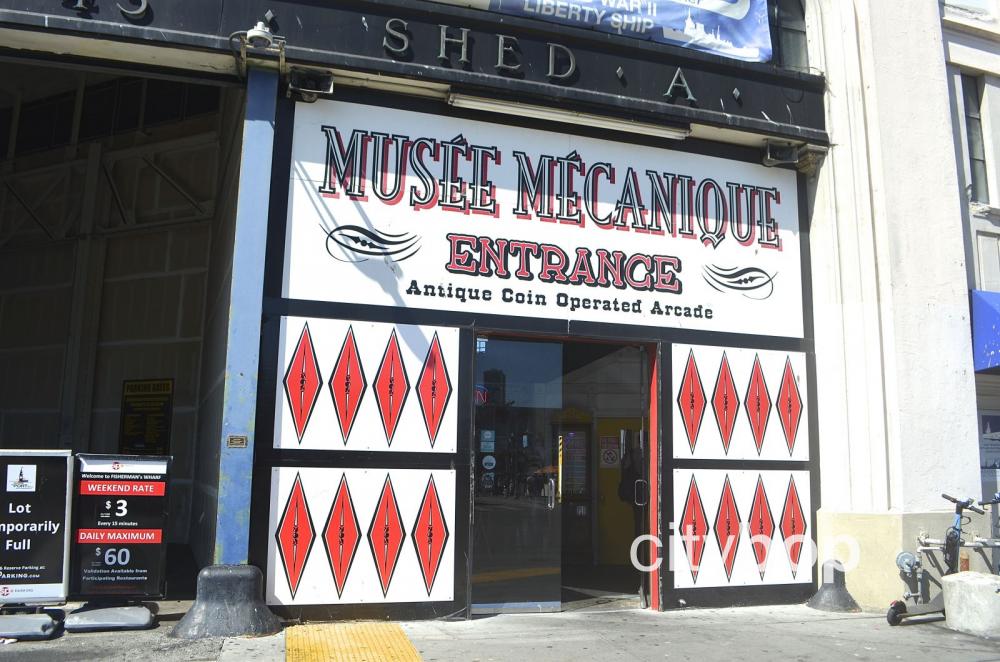 3. See "Laffing Sal" who was popular at funhouses in the 1930s and 1940s. She's equally creepy and amusing, perhaps even a little hysterical, with her raucous laugh. 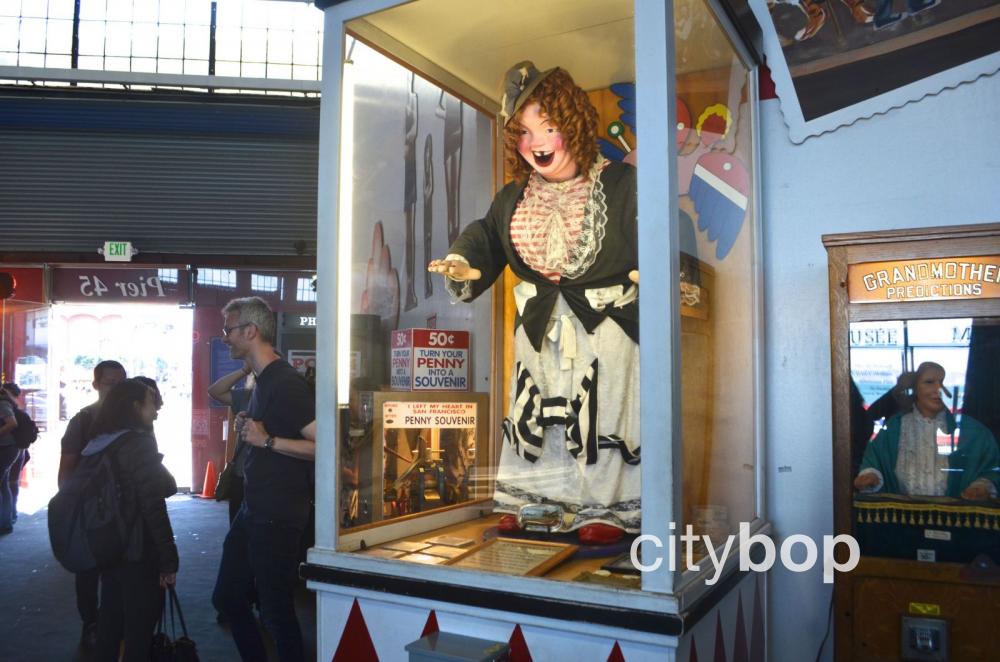 4. Watch a beautiful Royal Court diorama from the 1915 World Fair in San Francisco.  See couples dancing together in a ballroom.

5. Listen to a 1923 orchestrion that simultaneously plays nine instruments in an orchestra.

6. Get your fortune told by a spooky gypsy.

8. Test your strength in an arm wrestling competition with a masked Luchador. Julie Andrews wrestled him in the Princess Diaries (2001).

10. Look at the vintage photos of Playland Amusement Park on the wall.  Many of these coin operated games were sourced from the Playland Amusement Park, which operated at San Francisco's Ocean Beach from 1913 to 1972.  When Playland closed down, the games were relocated to the basement of the nearby Cliff House in 1972.  After the Cliff House underwent renovations, the arcade was then moved to its current location at Pier 45 in 2002. 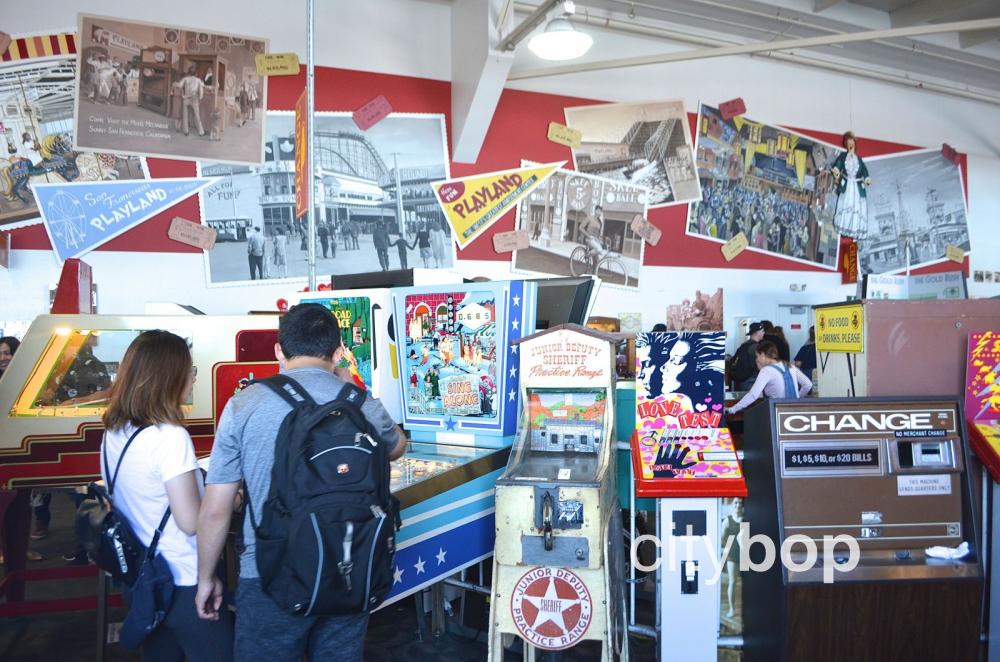