The free Maritime Museum is located on the San Francisco waterfront.

This small museum is housed inside one of San Franciso's memorable landmarks - a 1930s bathhouse in the streamline moderne style, that has the appearance of an ocean liner about to sail, overlooking beautiful Aquatic Park beach. The Maritime Museum has interesting ship models and other artifacts from San Francisco's fascinating maritime history.

10 best things to do at Maritime Museum San Francisco 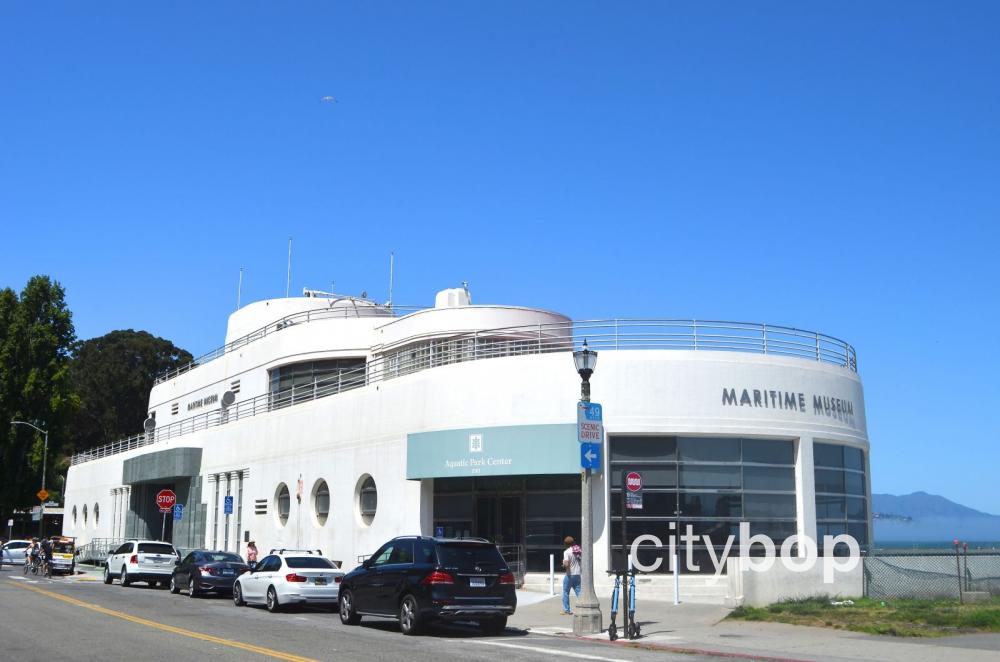 The bathhouse was constructed in the Great Depression between 1936 to 1939, as a Roosevelt-era WPA project putting unemployed men back to work on public works programs. The bathhouse opened in January 1939, and provided new conveniences like showers, a restaurant, meeting rooms, and an emergency clinic, for the popular swimming cove.

The bathhouse underwent many changes over the years, at one time being converted to a casino, then eventually closing down.  The U.S. Army housed troops there between 1942 to 1945, and in 1951 it finally became a maritime museum.  Over the decades the building fell into disrepair, with numerous leaks damaging the murals. In 2006 a major restoration took place.

2. View the gorgeous murals on the lower floor. 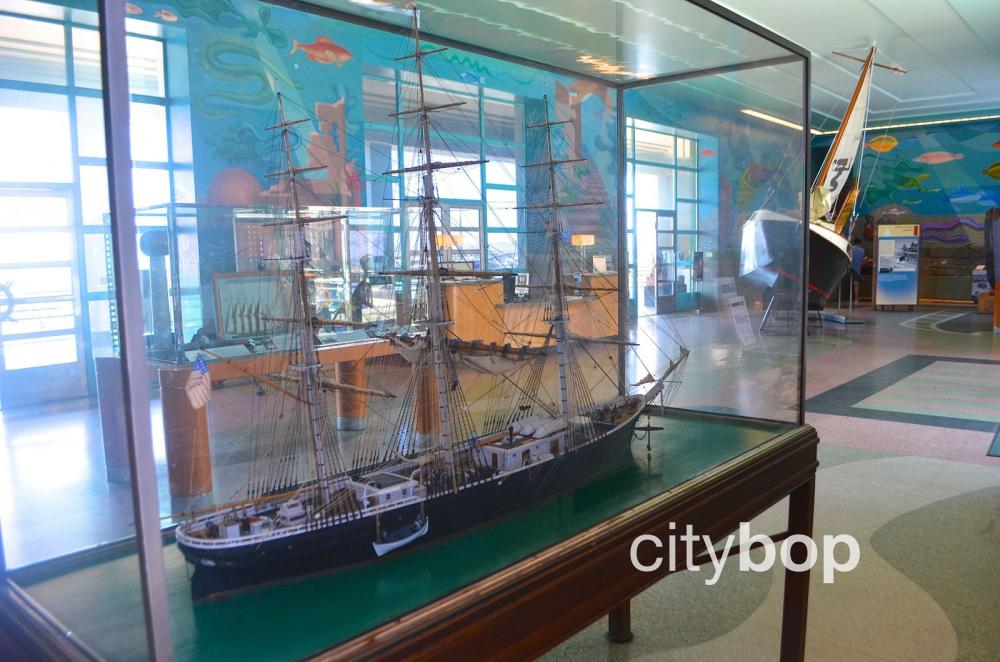 When you step inside, you immediately notice the gorgeous nautical murals on the walls, and brightly colored terrazzo floors.  There's a distinctively 1930's vibe here. Artist Hilaire Hiler painted 5,000 square feet of murals, and his imagery was based on the submerged continents of Mu and Atlantis.

3. Check out miniature ships models and a ship's wheel on the lower floor.

4. See the hull and rudder off the Gold Rush-era boat the Niantic.

The Niantic sailed from Peru to San Francisco in 1849, with 250 passengers aboard, eager to join the Gold Rush.  The crew deserted the boat upon arrival to head to the gold fields, and it was eventually scrapped to make a hotel. 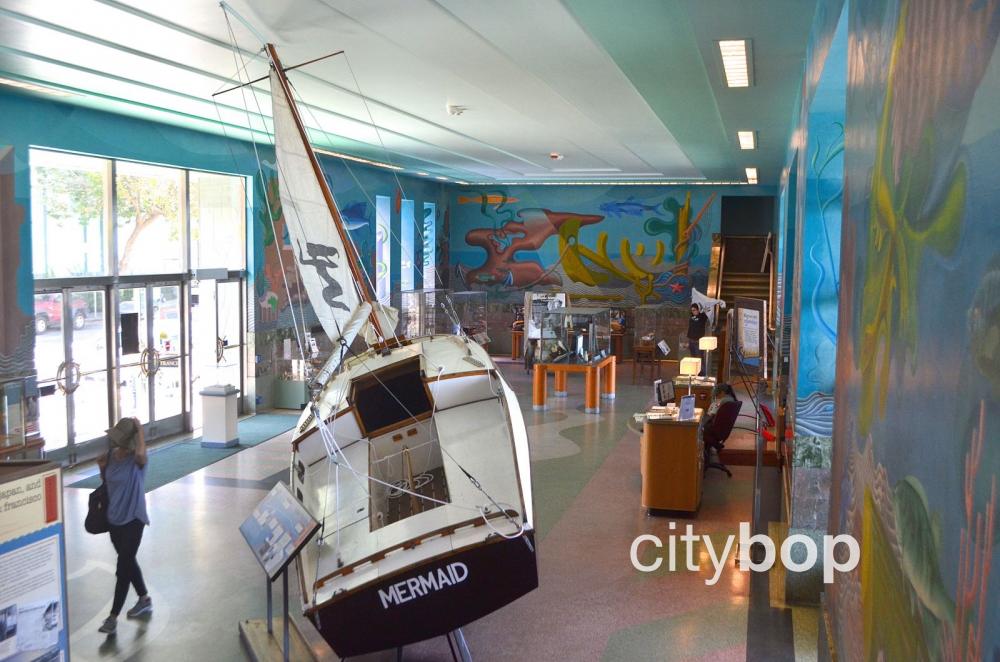 In 1962, sailor Kenichi Horie completed the first solo crossing of the Pacific in the Mermaid, from Japan to San Francisco. He spent ninety four days at sea.

6. Enjoy beautiful views of the Aquatic Park from the upper floor.

The upper floor of the Maritime Museum has a balcony with lovely views over the beach.

7. Learn about life for 19th century sailors and fisherman.

The upper floor also has some fascinating historic photos and stories from 19th century sailors, captains and fisherman.  It's a wonderful way to immerse yourself in the history of the area. The photos hark back to a time when sailing ships and steamships graced San Francisco's shores, and it was a hub of commerce and activity.

8. Relax on the bleachers above Aquatic Park. 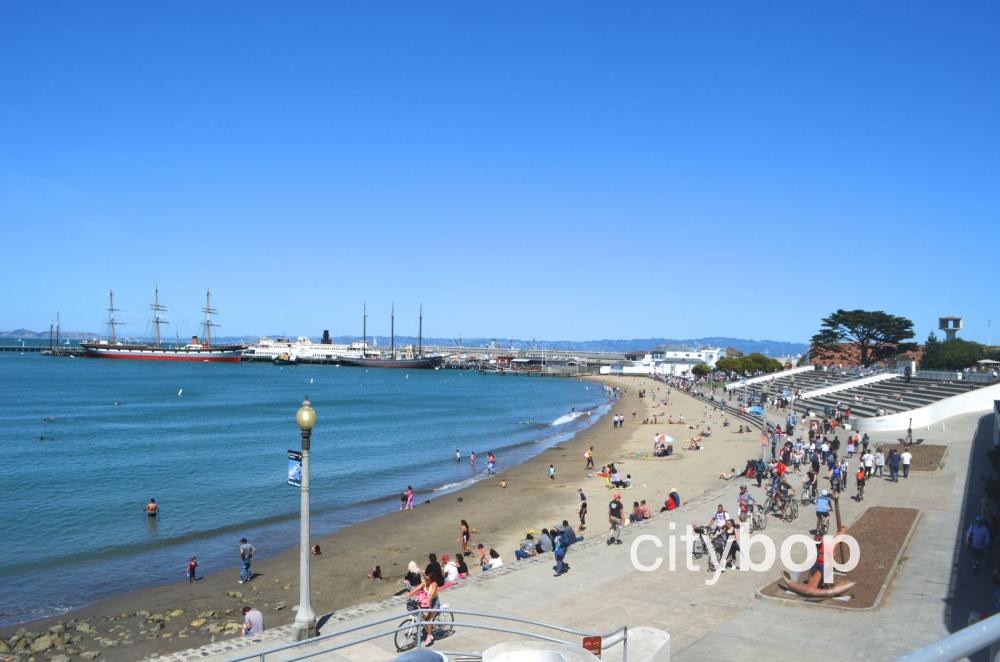 The adjacent bleachers are still there today, and are a place for visitors to sit and relax, while spending a day at the beach.

9. Stroll along the sandy beach at the Aquatic Park. 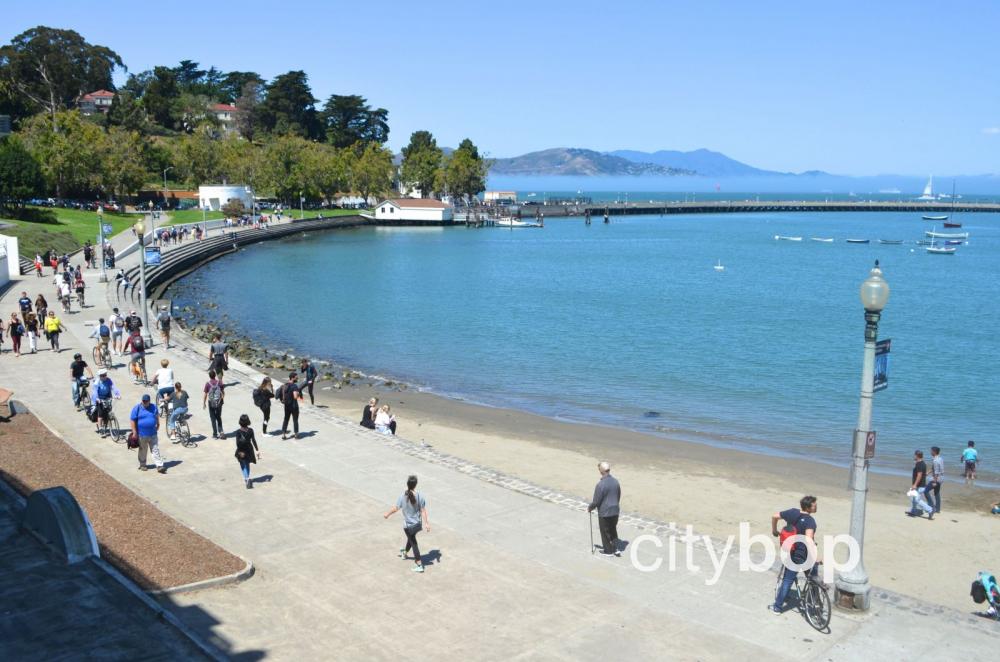 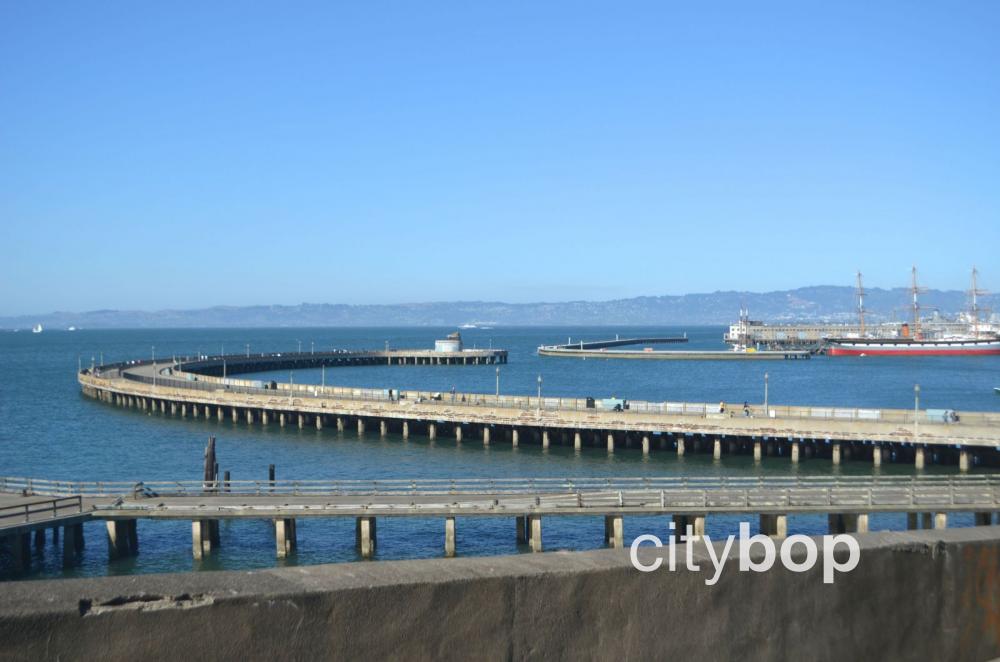 Walk out along the pier to see close up views of Alcatraz Island, and sweeping city views of San Francisco.

There are two other museums that form part of the San Francisco Maritime National Historical Park. The Hyde Street Pier is just steps from the Maritime Museum, and has a flotilla of ships, and the excellent Visitor Center is a few streets back, next to the Argonaut Hotel.