Take a photo of the iconic Beverly Hills sign and lily pond.

This 40-foot arched sign is located on Santa Monica Boulevard (between Beverly Drive and Canyon Drive) in the Beverly Gardens Park.  It's a replica of the original historic sign.

There's a beautiful lily pond in front of the Beverly Hills sign.  A spectacular Morton Bay fig is just steps away and is also a popular place for tourists to take a photo.

The original Beverly Hills sign was first constructed in 1907 as part of the 3 block Santa Monica Park.

In the 1930s the narrow park expanded to 23 blocks and was re-named the Beverly Gardens Park.  The manicured lawns in this linear greenbelt extend 1.9 miles along Santa Monica Boulevard. The Beverly Gardens Park separates the residential area of Beverly Hills from the commercial district. 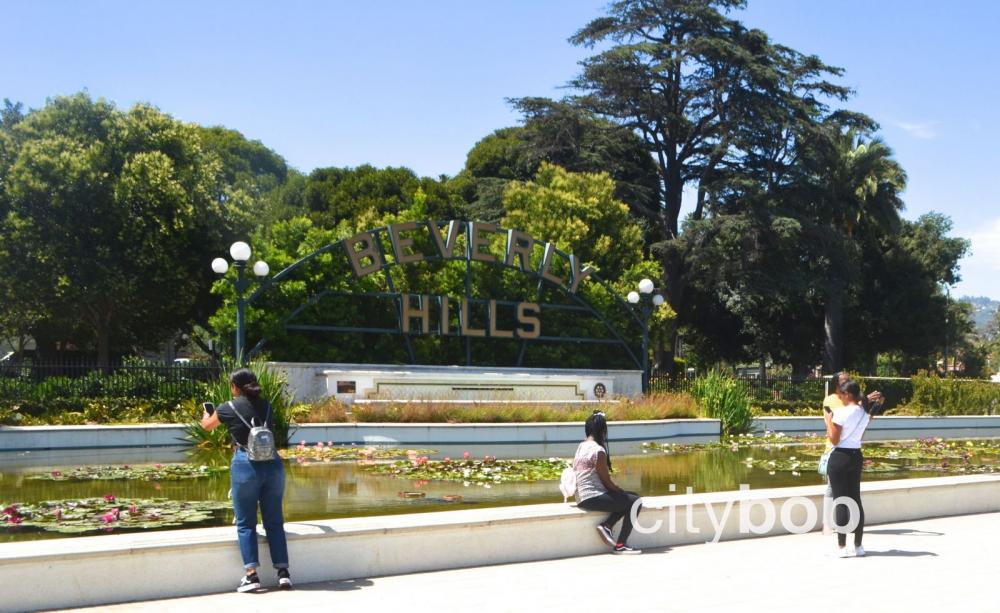 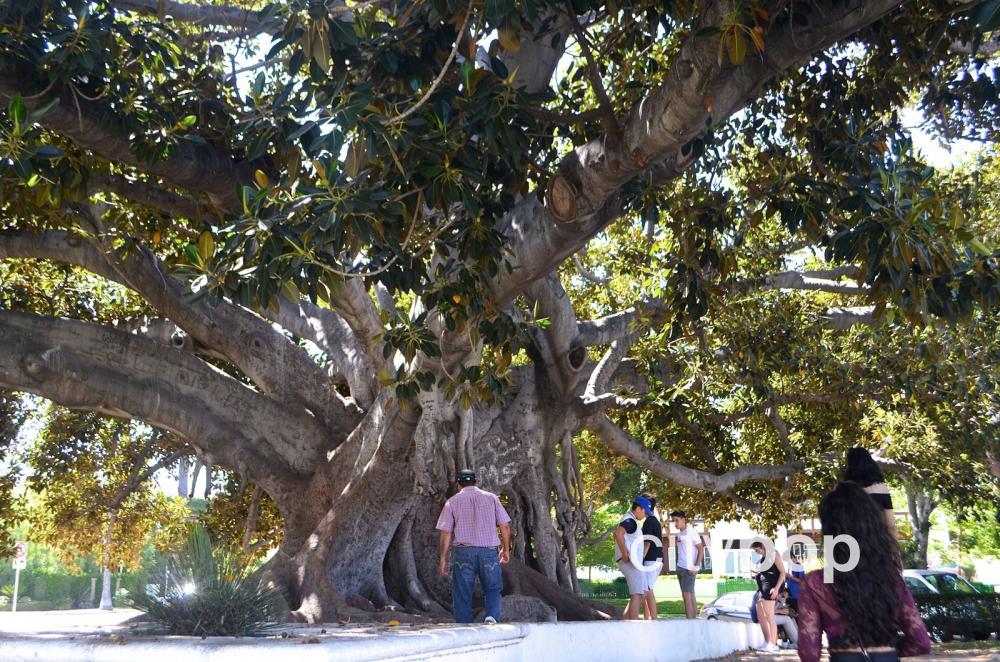 The famous Morton Bay fig, near the Beverly Hills sign.

Where are the fountains at Beverly Gardens Park?

The Beverly Gardens Park is book-ended by two fountains.

The Wilshire Electric Fountain is on the western entrance and features a 1931 sculpture with a Tongva American Indian deep in prayer (Santa Monica Boulevard and Wilshire Boulevard).

The Doheny Fountain is on the eastern entrance to Beverly Hills (Santa Monica Boulevard and Doheny Drive).  It's less impressive than the Electric Fountain, but next to a Beverly Hills shield street sign (below) popular with tourists for photos.

There isn't much more to see in Beverly Gardens Park aside from a few art sculptures and a small cactus garden (Camden and Bedford Drives). 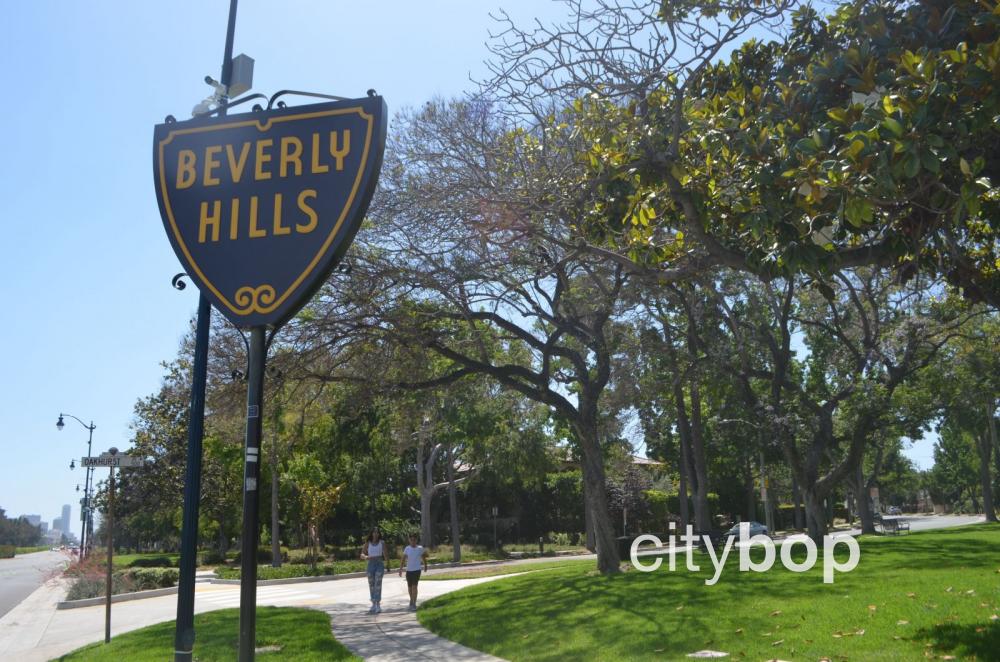 How did Beverly Hills get started?

The future Beverly Hills was once inhabited by Tongva Native Americans for thousands of years.  They were attracted by the abundant water supply from its three canyons.

After the Spanish arrived, the land was deeded in 1828 to the widow of a Spanish soldier as a cattle and horse ranch known as Rancho El Rodeo de las Aguas ("Gathering of the Waters").  The ranch changed ownership in 1854 and became the Hammel and Denker Ranch with fields of lima beans and a small dairy.

The Amalgamated Oil Company purchased the land in 1900 but failed to find large deposits of oil.  They reorganized as the Rodeo Land and Water company and created a residential subdivision known as Beverly Hills in 1906.  It was named after the Beverly Farm in Massachusetts.

The Beverly Hills Hotel was constructed in 1912 and became the center of community life.  When it was originally built it was surrounded by miles of undeveloped land.  Hollywood stars began flocking to Beverly Hills to build their mansions.  They followed in the footsteps of Hollywood golden couple Douglas Fairbanks and Mary Pickford who built their famous Pickfair Estate in 1921. The Beverly Wilshire Hotel followed and was completed in 1928 in the Italian-Renaissance style (featured in the 1990's movie Pretty Women).

Beverly Hills is today home to many world-famous luxury hotels and talent agencies.  The Golden Globes are also hosted at the Beverly Hilton.​

Things to do in Beverly Hills?

2. The start of the Rodeo Drive luxury shopping street is two blocks from the Beverly Hills sign. 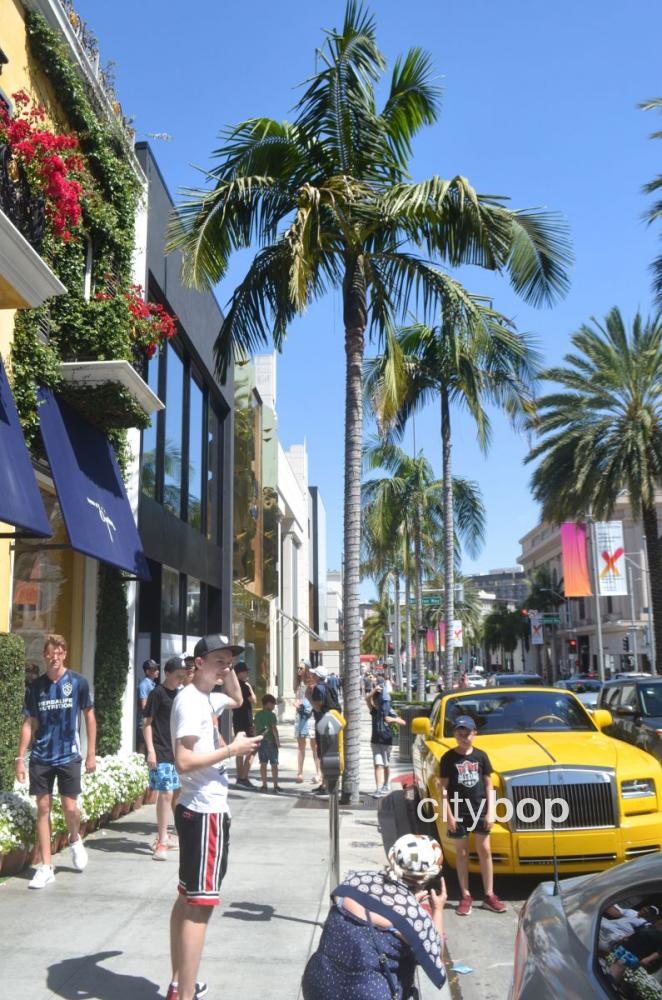 3. When in Beverly Hills, don't forget to visit the historic 1928 Greystone Mansion. It was built by oil tycoon Edward Doheny for his son as a wedding present, and has been featured in numerous films like Spiderman, The Social Network, Air Force One, and Charlies Angels.  The Greystone Mansion has a spectacular hilltop setting and magnificent grounds that resemble those of an English estate. 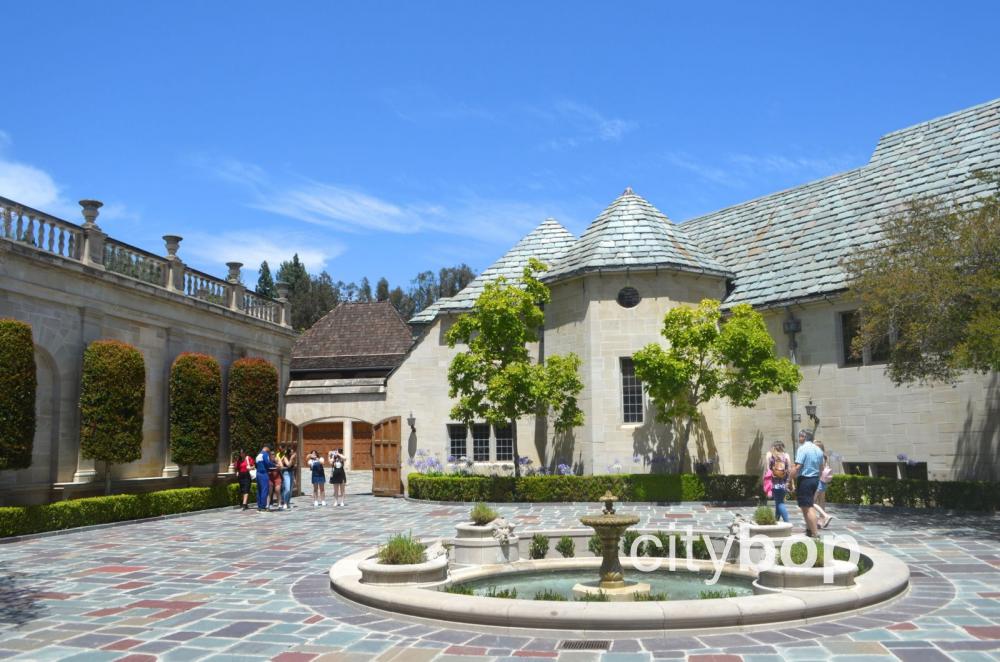 Look up at the turreted towers in the Central Courtyard. 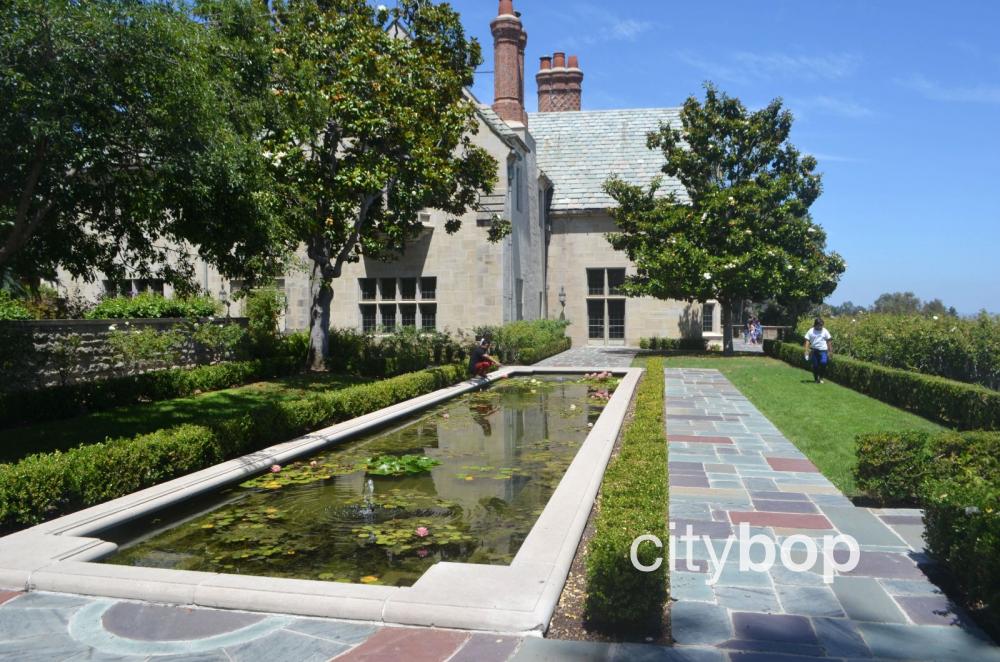 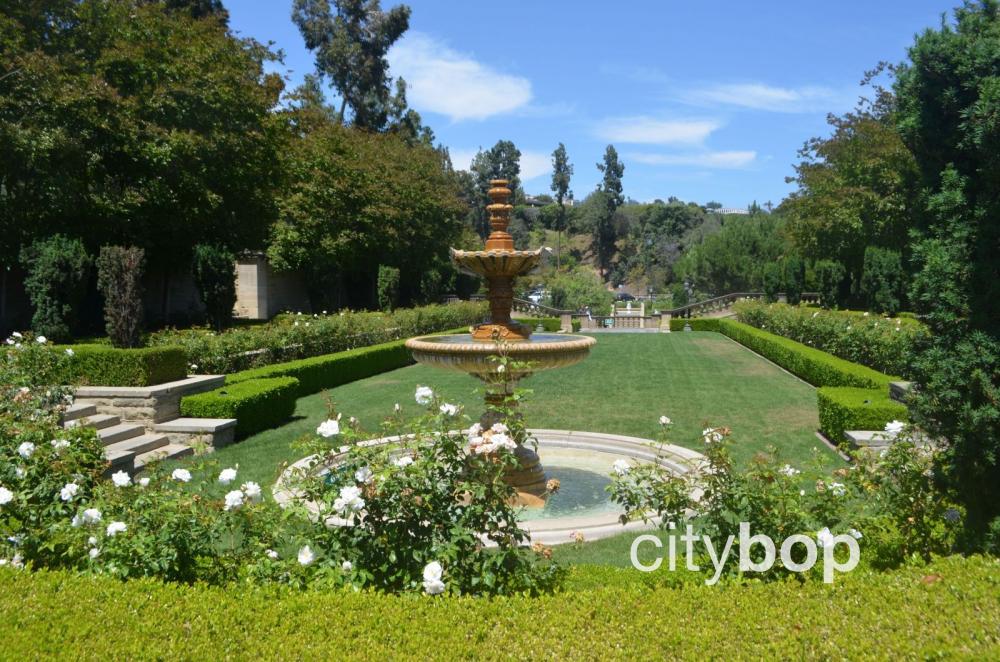 The upper lawns are gorgeous, with beautifully manicured gardens.