The FREE Griffith Observatory is an LA landmark, with panoramic views and fascinating exhibits. Touch a piece of the moon!

The Griffith Observatory is on the south side of Mt Hollywood at Griffith Park, at 2800 Observatory Road. You can get there by car, bus or by hiking.

The parking area has metered rates, or take the inexpensive Dash Observatory Bus for a 10-minute ride up to the Observatory (departing from Metro's Red Line Vermont/Sunset Station in Hollywood).

There's also a popular 1.2 mile hike up to the Griffith Observatory, starting at the lush Fern Dell Nature Trail in Griffith Park, then ascending up a steep, sandy path through chaparrel filled slopes, with magnificent city views.

Admission to the Griffith Observatory is free, except for the planetarium. Check opening hours.

10 best things to do at the Griffith Observatory

Go to the rooftop at the Griffith Observatory, or East and West Terrace for spectacular views. The East Terrace (pictured below) has amazing views of downtown L.A., and is where the knife fight was filmed for Rebel without a Cause (1955). The West Terrace overlooks the Hollywood Sign. 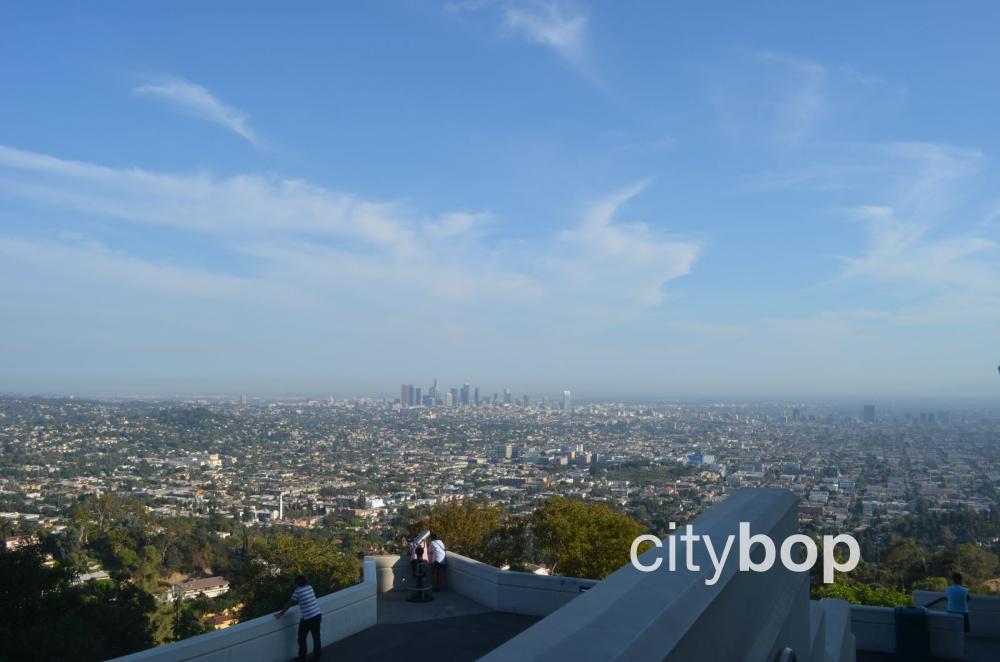 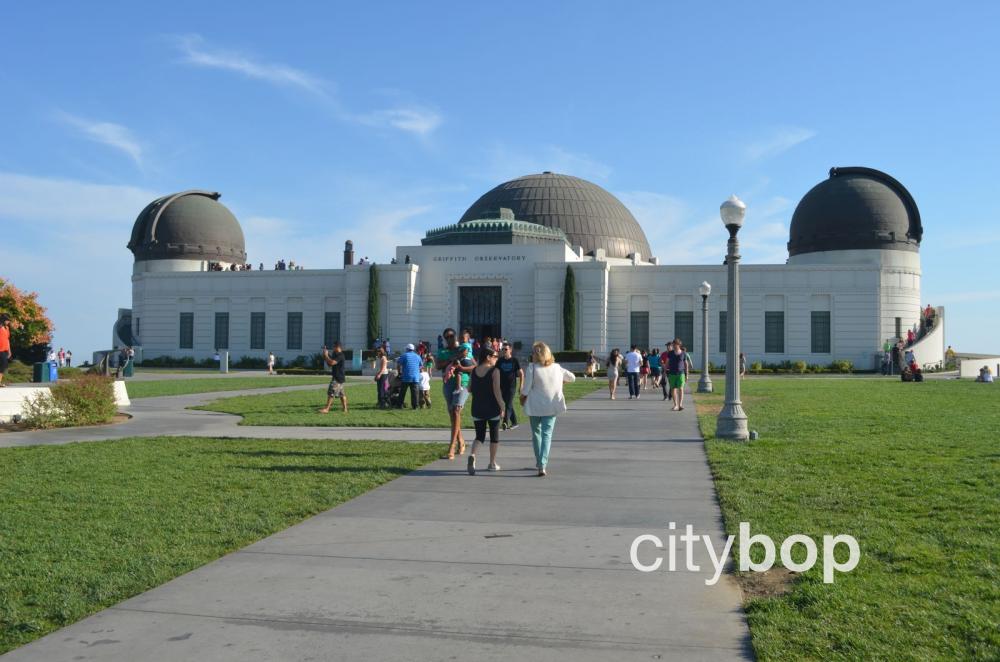 2. Visit the world-class planetarium.
Admission to the Griffith Observatory is free, but there's a fee for the planetarium shows. Check show times. 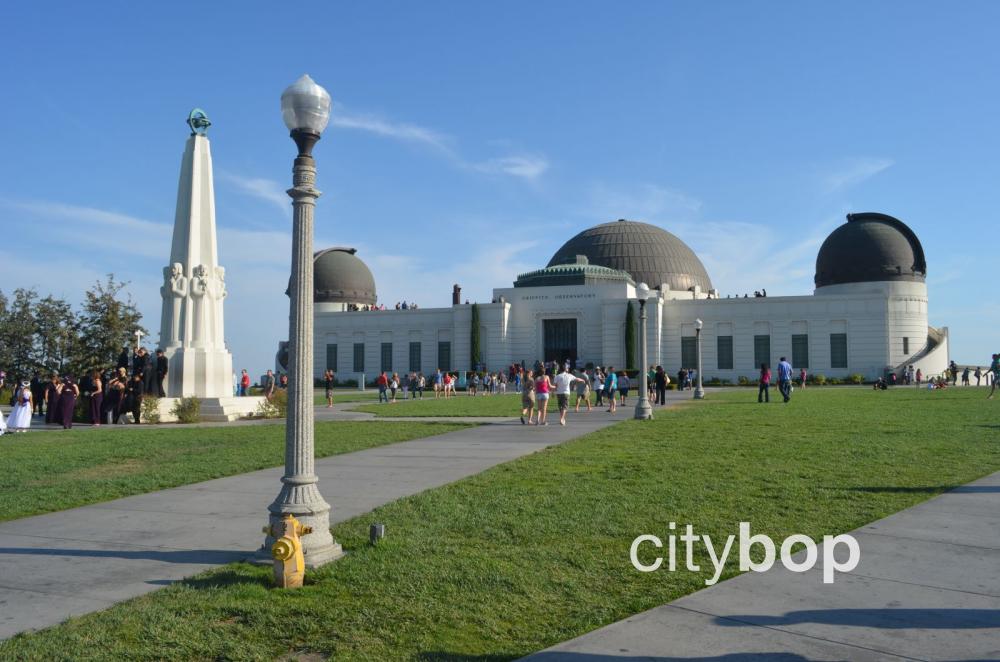 3. See a chunk of moon brought back by Apollo 14 astronauts.
4. See the 183-pound Bruceville Meteorite, and a meteorite from Mars.
5. Look at the live face of the sun using powerful telescopes available to the public.
Powerful telescopes are available for use by the general public. This fulfills Griffith's belief that “If all mankind could look through that telescope, it would change the world!”
For close-up views of the sun use the three Solar telescopes in the Ahmanson Hall, and for night viewing of planets and stars use the Zeiss telescope in the East Dome. 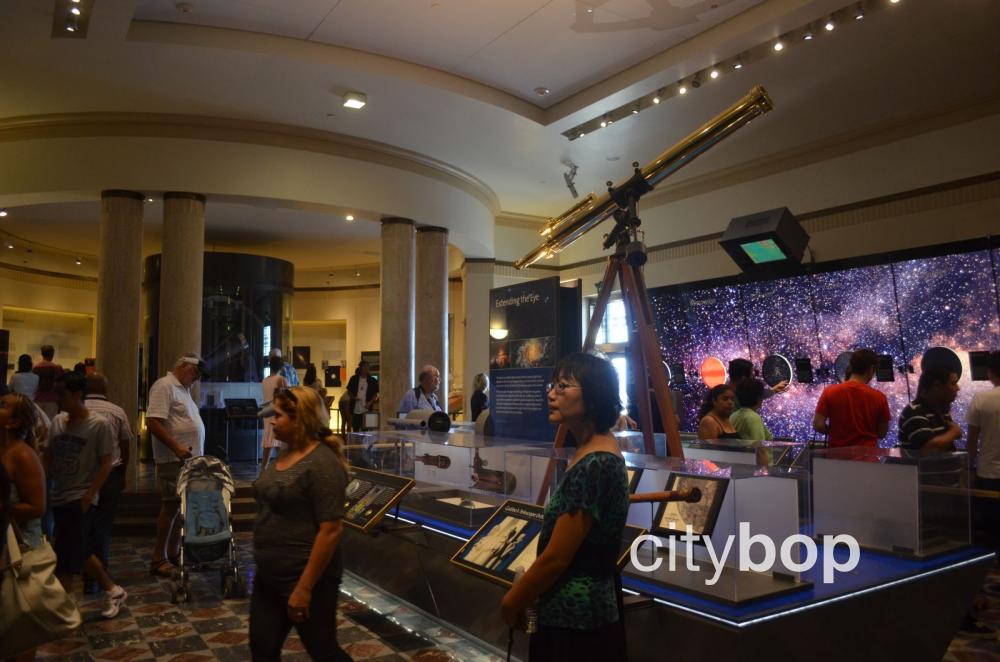 6. Observe an overhead model of an eclipse. 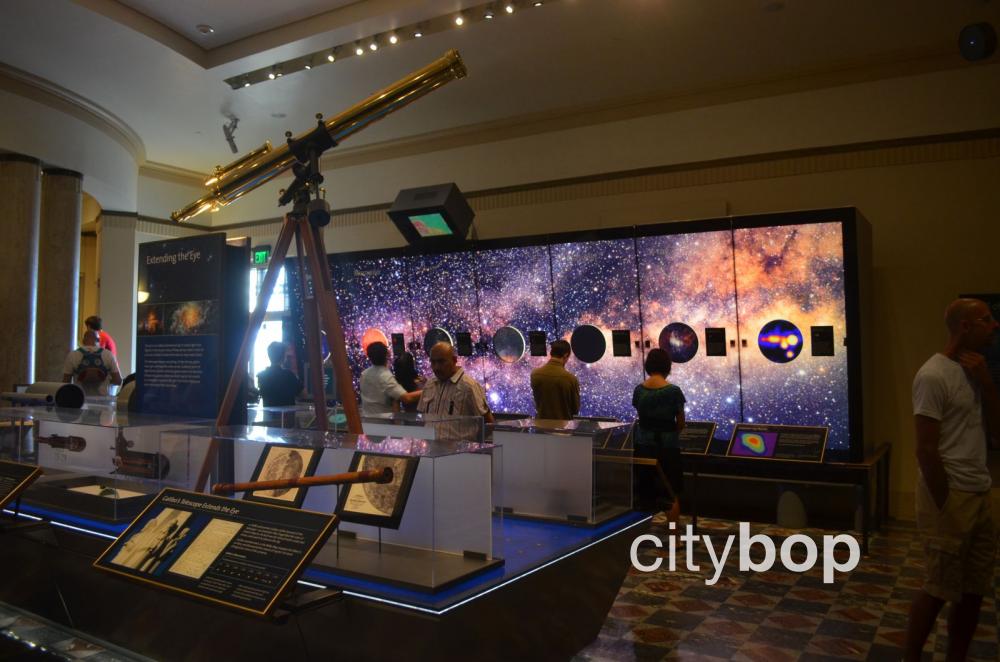 7. Watch a seismograph tracking earthquakes.
8. Observe Foucaults Pendulum demonstrate the rotation of the Earth.
9. Watch a spectacular, high voltage sparking demonstration.
10. See how cosmic rays are blasted down to earth in a Cloud Chamber.
Remember these movies filmed at the Griffith Observatory?
The Griffith Observatory is also a popular location for Hollywood movies.

A magical dance scene was filmed here at night for the Oscar winning movie La La Land (2016), and does a beautiful job of showcasing the Observatory.

The 27,000 foot Art Deco building has a stunning interior with marble floors, travertine walls and bronze metalwork.  The Ballin Mural in the Central Rotunda above the Foucault Pendulum is exquisite, and the front lawn is graced with the Astronomers Monument that celebrates the six most influential astronomers in history.

The Griffith Observatory was built in 1935 from a bequest by mega rich mining magnate Griffith. J. Griffith, who'd already donated the land for Griffith Park in 1896. 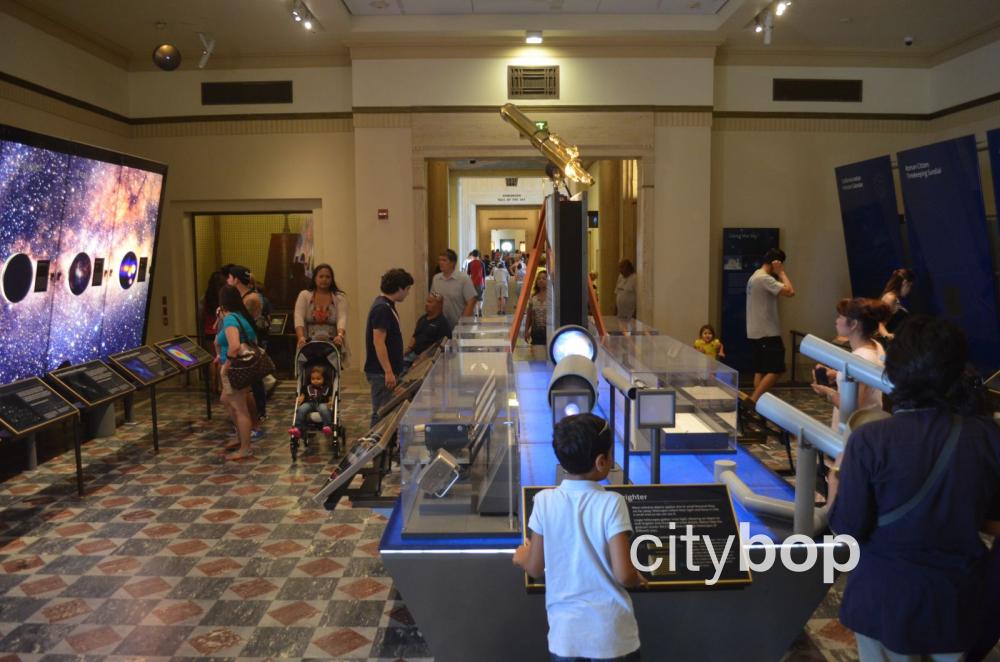