The Broad is a free contemporary art museum in downtown LA, that opened in 2015.  It's one of the most exciting art museums in the US.

This striking, modern museum has two spacious floors of exhibits housed in 120,000 square feet. A spectacular honeycomb structure covers the museum's walls that creates a veil-like effect, that allows natural light to filter through.

The contemporary art collection at The Broad spans the last seventy years, with some dramatic pieces.  The oldest pieces are from the early 1950's. Set aside two hours to see everything at The Broad!

The Broad is located at 221 S Grand Avenue in downtown Los Angeles. It's free to visit, but it's highly recommended you register for an advance ticket to avoid waiting in line. Check opening hours.

10 best things to see at The Broad 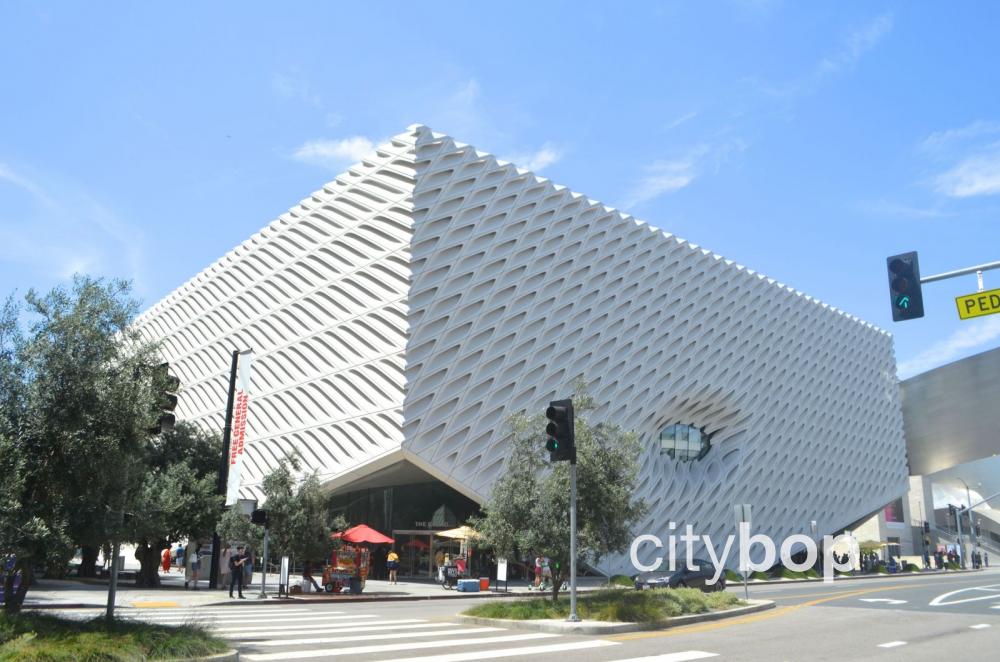 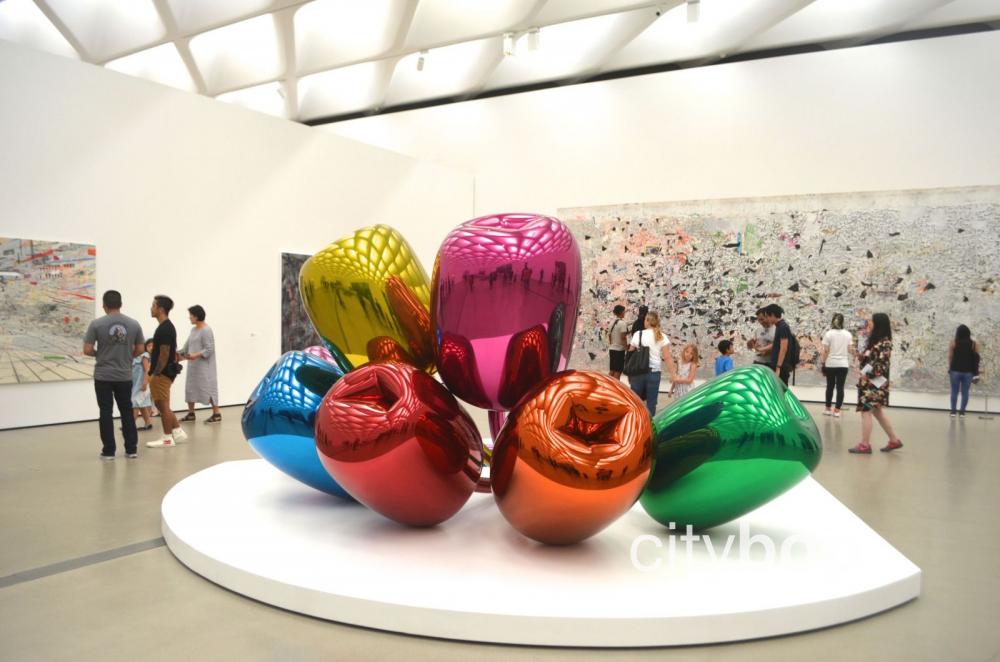 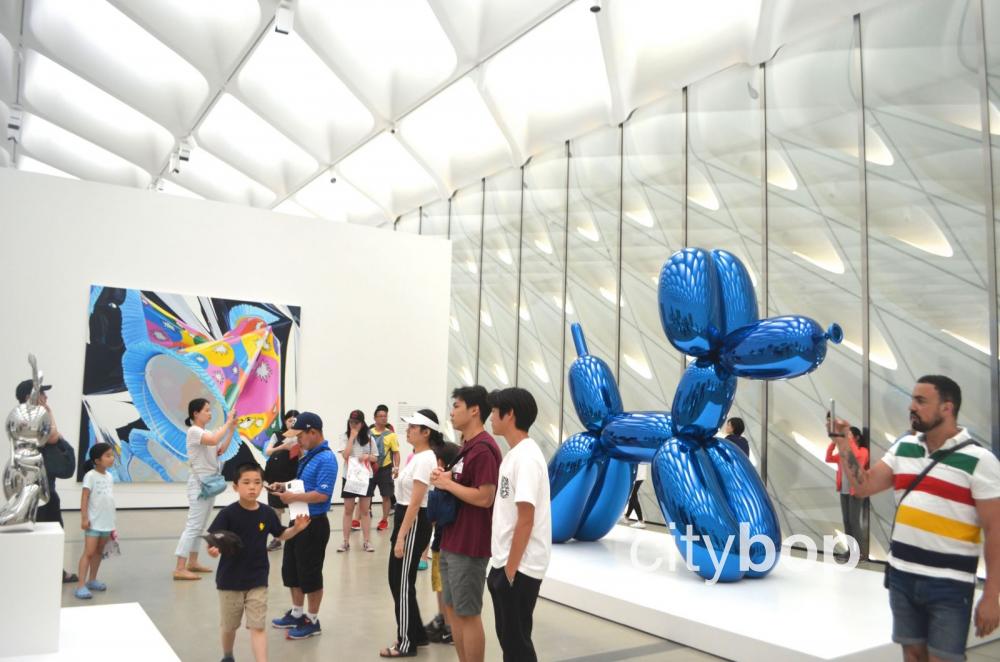 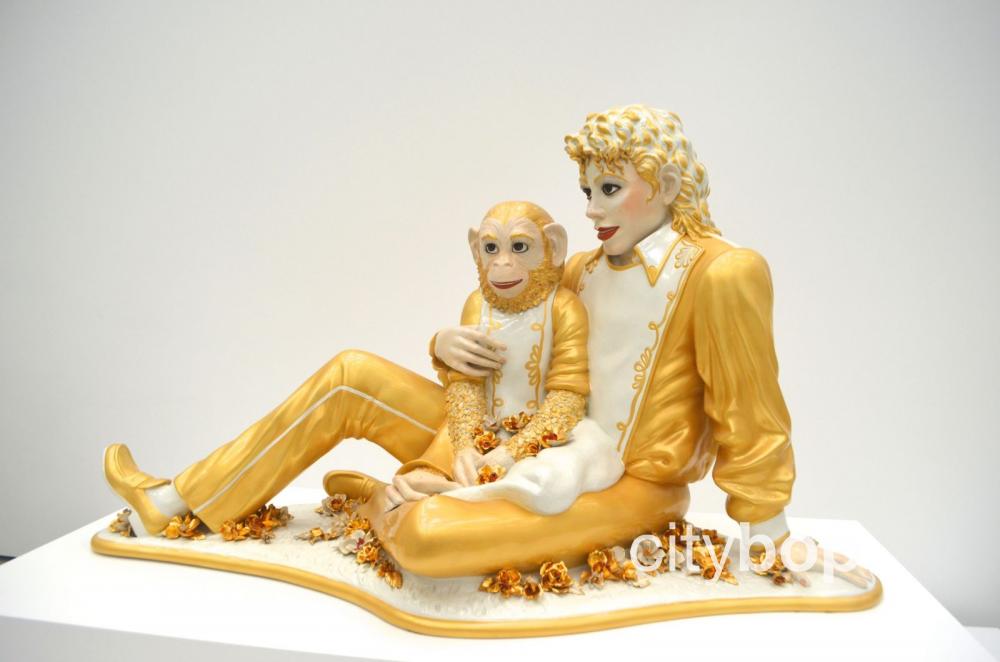 4. The Broad has an impressive Andy Warhol collection.

Below is the mournful Twenty Jackies (1964).  These close-up photos of the grieving first lady with the stoic solider in the background, reinforce her sorrow yet bravery. 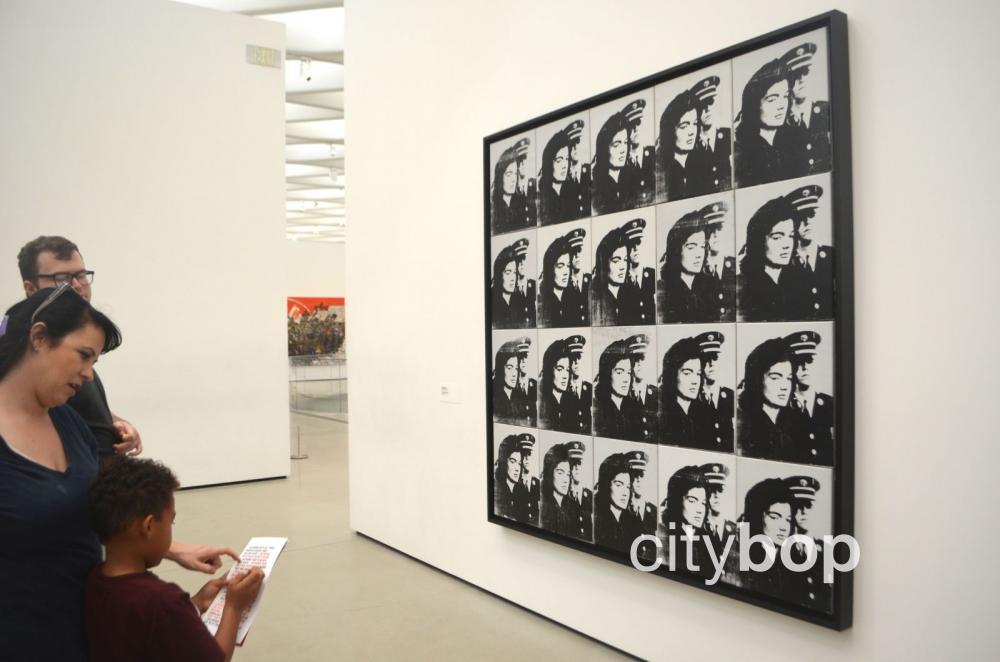 The Broad: Must See Attractions 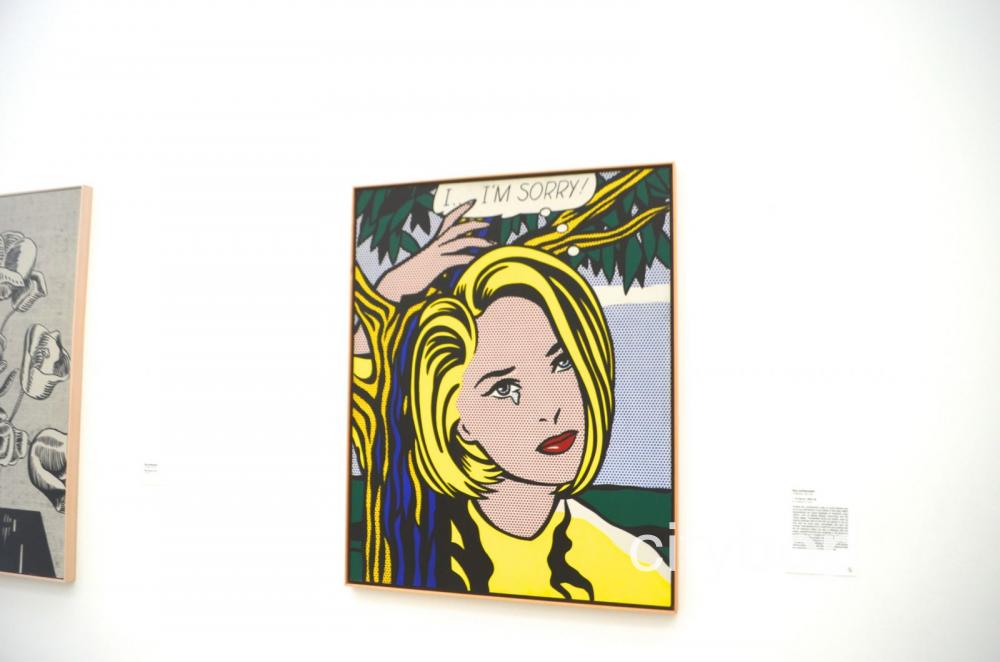 6. Another popular piece at The Broad is Under the Table by Robert Therrien (1994).

People appear tiny when standing beneath the oversized table and chairs.  They wander around it and through it, exploring this surreal installation. 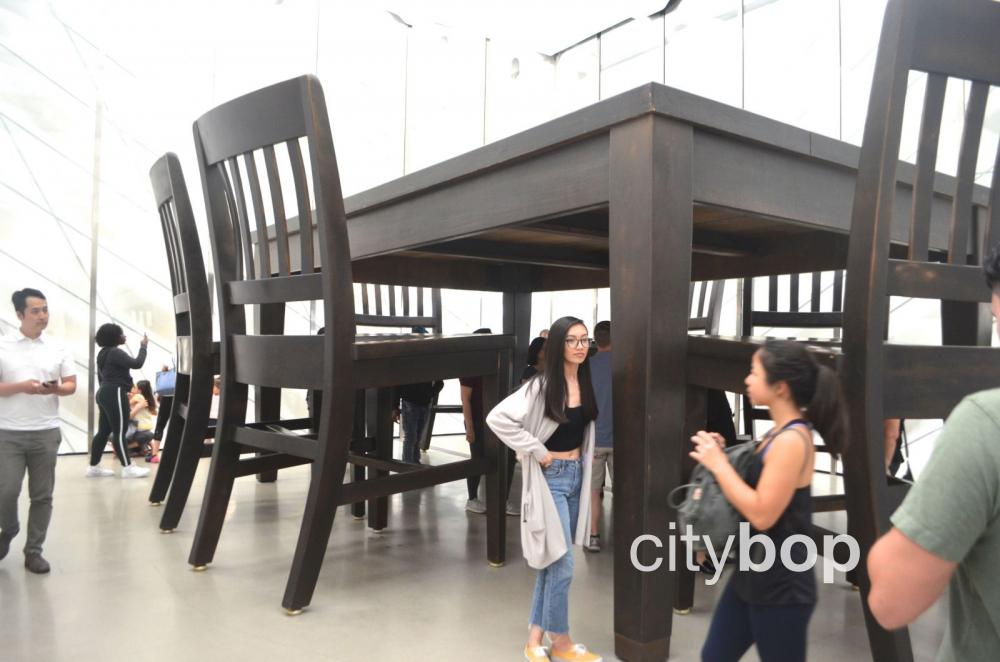 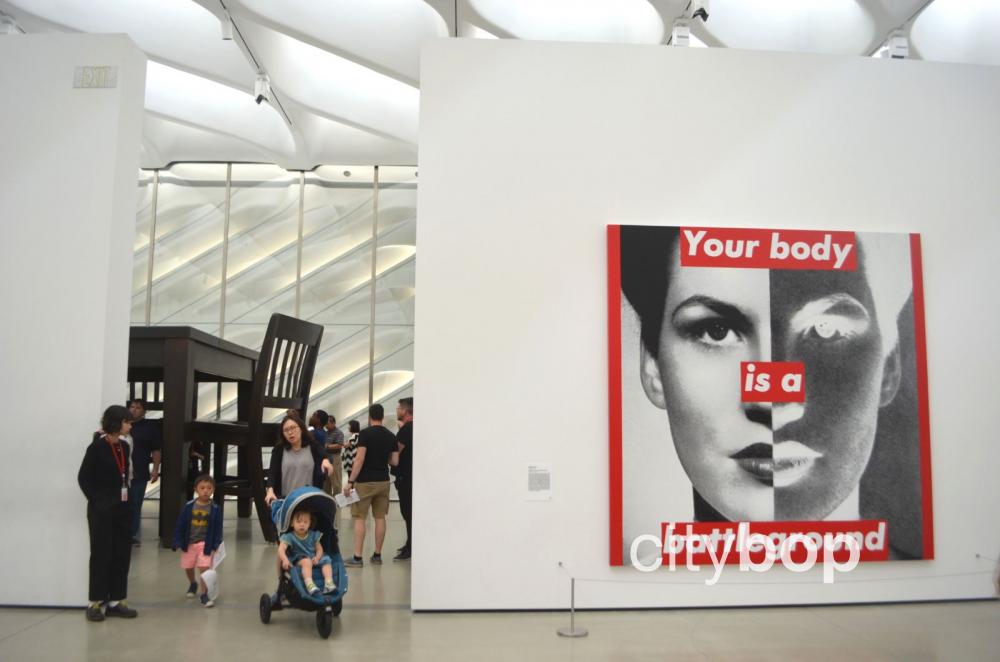 The Broad: Under the Table installation by Robert Therrien 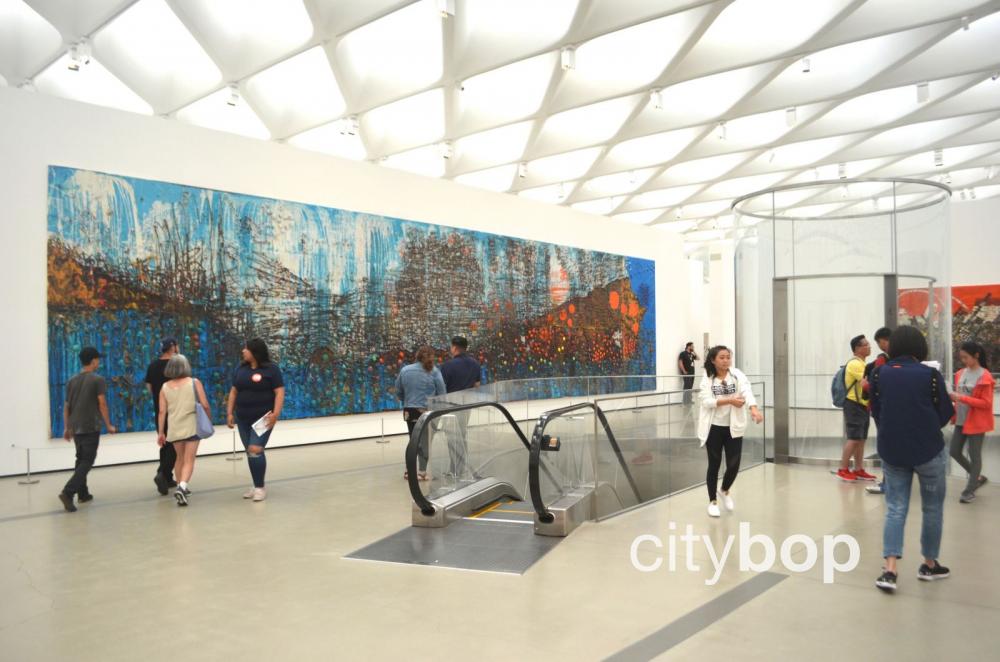 8. This is an Ed Ruscha word painting series from the 1970s Pop Art movement. 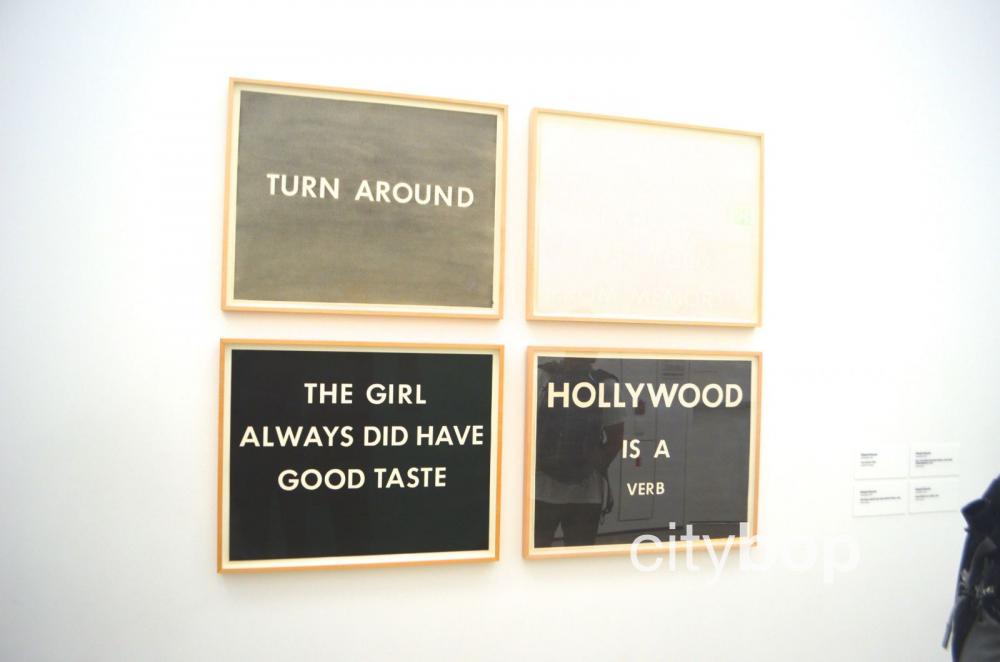 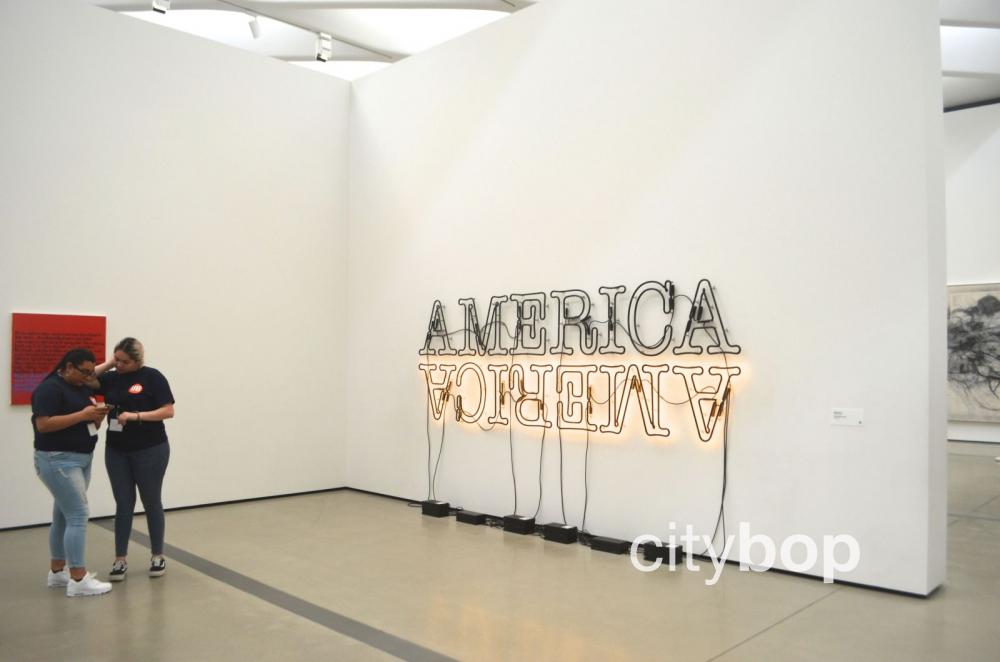 10. This is Deutschlands Geisteshelden by Anselm Kiefer (1973), depicting a hunting lodge in Germany that held artworks looted by the Reichstag during WWII. 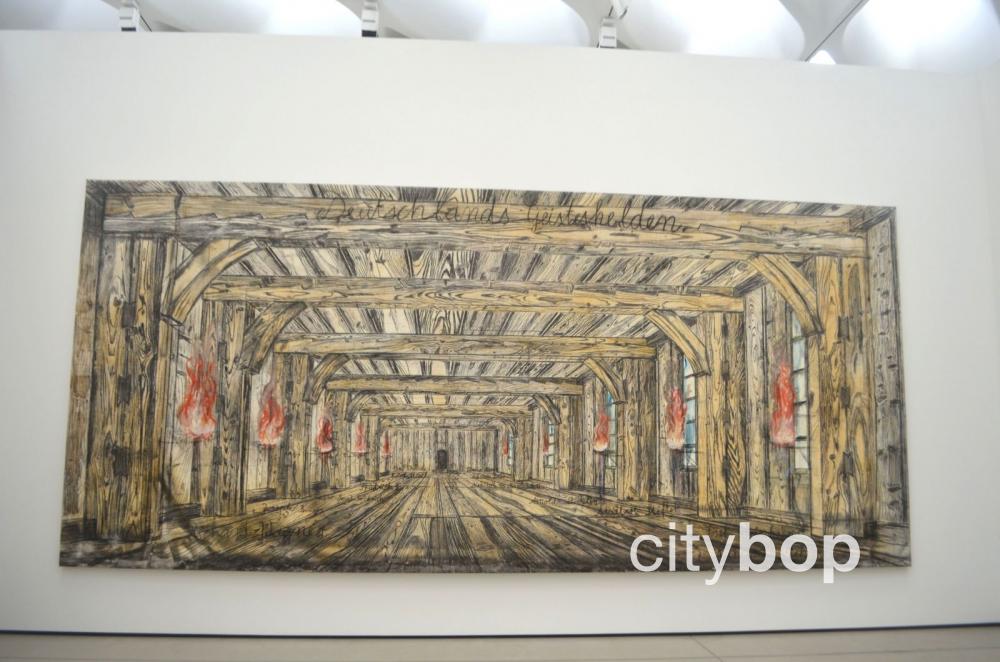 These paintings by Sam Francis, are in the Abstract Expressionist style of the 1960s. 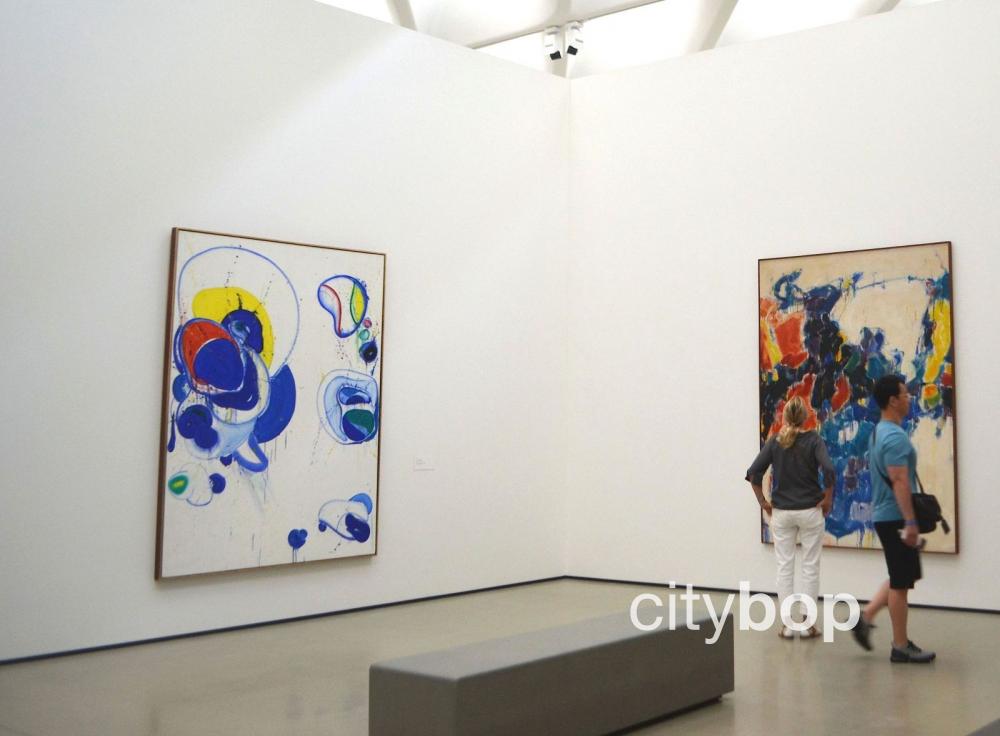 The Infinity Mirrored Room requires a separate line-up inside the The Broad.

The incredibly popular Infinity Mirrored Rooms by Yayoi Kusama (2013) require a separate line once inside the museum.  Walk around dazzling landscapes, decorated with flashing LED lights, mirrors and acrylic balls.  Visitors are limited to 45 seconds in each room.

Yayoi Kusama is a fascinating Japanese artist who created the first Infinity Mirrored Room in the 1960s and was a leader of the US Avant Garde movement.  In 1977 she checked herself in to a hospital for the mentally ill.  She has resided there of her own free will since then.

Register for a ticket to avoid the Stand-by Line.

It's highly recommended you register for a timeslot with an advance ticket.  The alternative is to wait up to 45 minutes at the walk-up standby line like the people in this photo below.

Arrive early if you use the walk-up line because the line closes 60-90 minutes before The Broad closes. The Museum shop is on the ground floor. 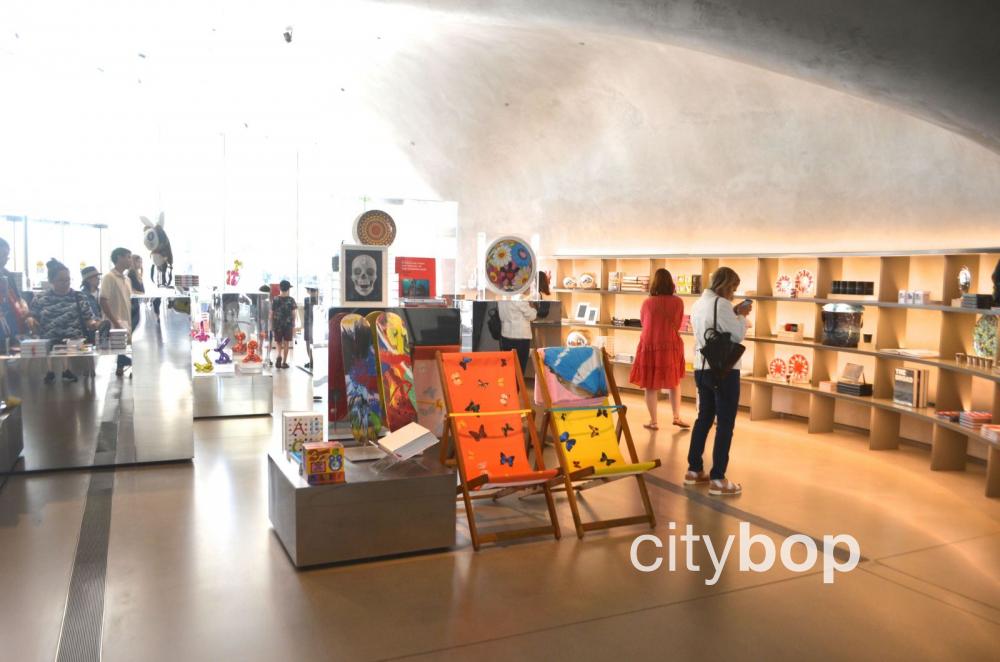 The trendy Otium Restaurant is adjacent to The Broad

The restaurant has an outdoor patio, and an indoor seating area with views over downtown.   It serves lunch and dinner.  Brunch is only on weekends.  The interior is gorgeous. There's also a beautiful, grassy courtyard outside for relaxing. 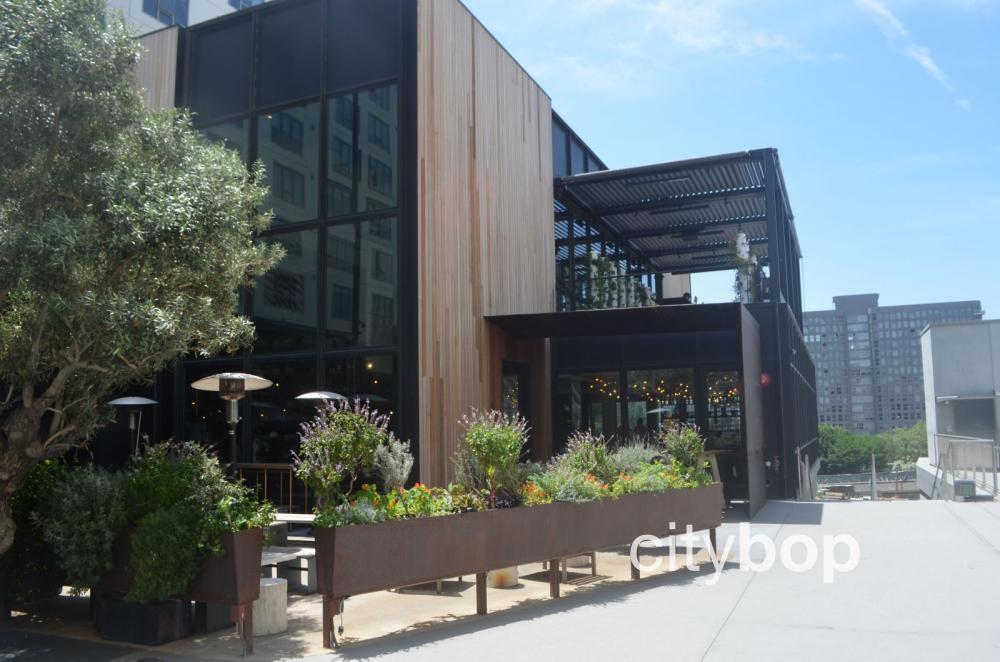 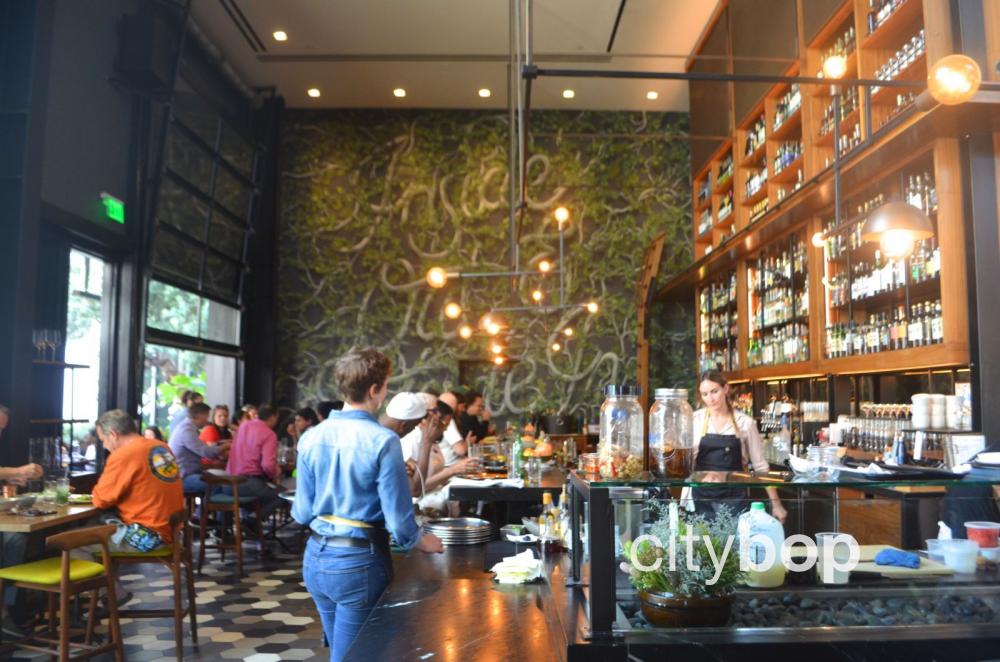 Restaurant near The Broad. 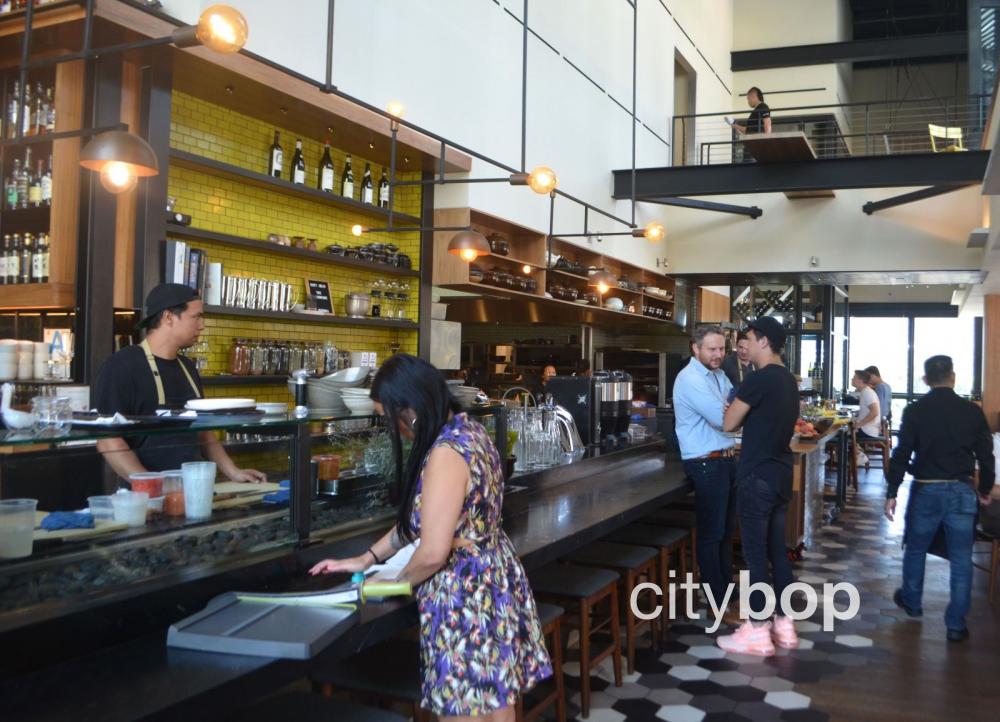 BEST restaurant near The Broad. The Broad on Grand Avenue in L.A.

Other things to do in downtown LA

Visit the The Museum of Contemporary Art or the Walt Disney Concert Hall, across the road from The Broad.

Other popular attractions in downtown LA are the Grand Park, The Last Bookstore, Angels Flight Railway, and Grammy Museum.