It's hard to imagine just how isolated this area once was, because the area is now a densely populated neighborhood.

1. The Point Fermin Lighthouse is one of only three lighthouses still standing in America, built in the Victorian stick-style. You can see the decorative "stick" work on the railings and eaves, and the steeply pitched roof, made from Californian redwood. It was constructed in 1874. 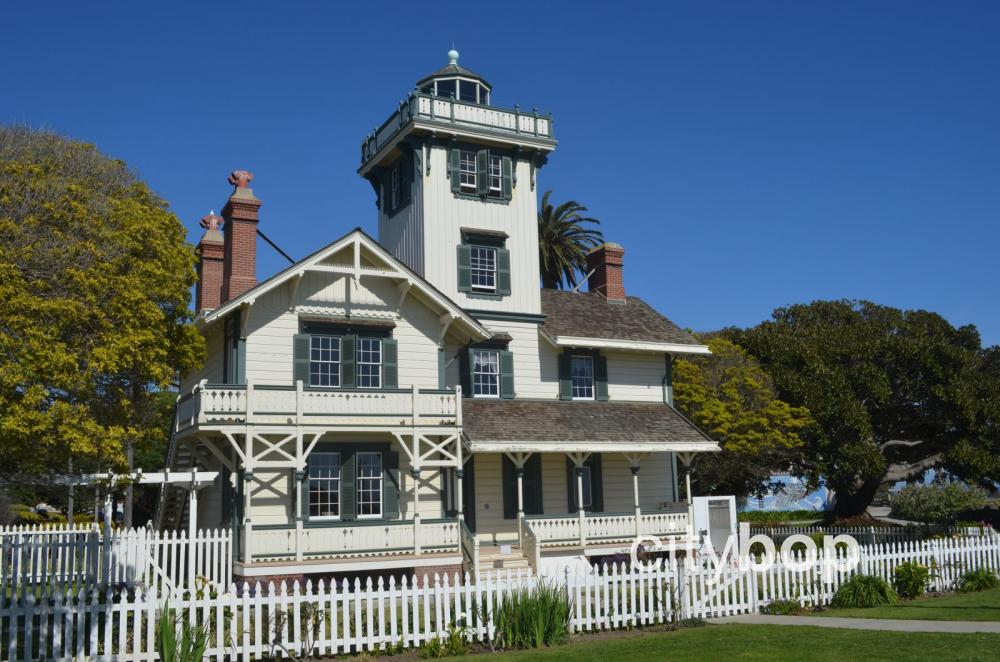 3. The next lighthouse keeper was a retired Sea Captain, George Shaw. By all accounts he loved to entertain, and graciously welcomed curious visitors.

4. The Austin Family were the final lighthouse keepers, arriving in 1917 and raising eight children at the lighthouse.  After both parents died, the two Austin daughters ran the lighthouse from 1925 to 1927.

5. When electricity arrived in 1927, the Point Fermin Lighthouse was turned over to the city of L.A.

6. The lighthouse fell dark on December 7, 1941, after the Pearl Harbor attack.  All West Coast lighthouses were extinguished to avoid detection from Japanese submarines.  Sadly it was never lit again.

7. The lens were removed from the Point Fermin Lighthouse, when the lantern room was converted to an unsightly watchtower by the U.S. Navy in WWII. It took another 70 years before the original lens were located at a real estate office in Malibu, and are now visible on the lower floor of the lighthouse.

8. The Point Fermin Lighthouse underwent extensive renovations, and was opened to the public in 2003.

9. It's free to tour the Point Fermin Lighthouse. Docent led or self guided tours are available today, providing a peek inside the kitchen, parlor room, bedrooms, and of course the spiral staircase to the lantern room.  Kids must be over 40 inches tall to visit the lantern room.

10. Walk up the hill from the Point Fermin Lighthouse, to see the Korean Friendship Bell. The Los Angeles Maritime Museum, and Cabrillo Marine Aquarium, are also in the San Pedro area.

Drive a short distance to Rancho Palos Verdes, and visit the magnificent clifftop park that's home to the Point Vicente Lighthouse, and Point Vicente Interpretive Center.  The Wayfarers Chapel is also a must-see.