The TCL Chinese Theater is a vintage movie palace in Hollywood, open for IMAX movies and tours.

It's a popular location for Hollywood movie premieres, and also hosted three Academy Awards ceremonies in 1944, 1945 and 1946, during the Golden Years of Hollywood.

Check movie times at the IMAX theater, or book a tour.

10 best things to do at TCL Chinese Theater

1. Watch a movie at the TCL Chinese Theater, home to the largest IMAX theater in the world.  The sound and picture quality here is superb! Check times.  ​ 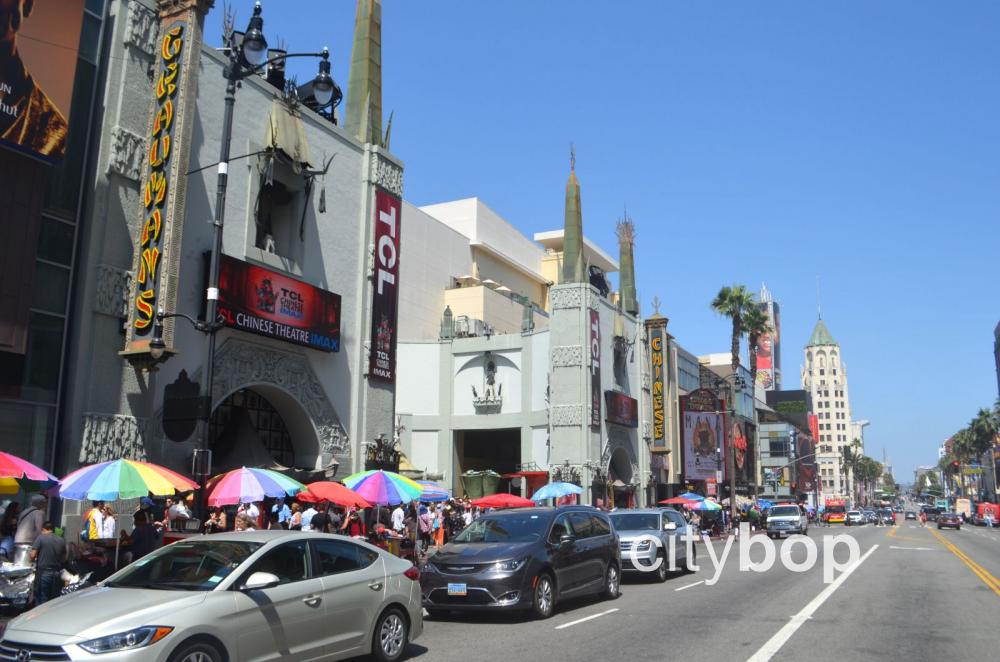 2.  See over 300 celebrity autographs, handprints and footprints at The Forecourt of the Stars at TCL Chinese Theater.

4. Book a tour of the magnificent TCL Chinese Theater. The tour takes you inside the sumptuous interior of this movie palace resplendent with red decor and marble columns. Step inside the stunning lobby with hand painted Chinese murals, and see costumes on display from stars who had premieres at the theater.  The hand-carved ceiling on the auditorium is stunning, with a lavish starburst frieze.

5. Explore the women's dressing room where Marilyn Monroe and Jane Russell stood before their movie premiere in 1953. Pose like a movie star in-front of the wrap-around wall of 14 mirrors, then check out the iron grate which concealed a tunnel that ran all the way to the Roosevelt Hotel.

6. See Marilyn Monroe's gold dress from Gentleman Prefer Blondes (1953). You can also see Judy Garland's dress from the The Wizard of Oz (1939), and Arnold Schwarzenegger's costume from Terminator 2: Judgment Day (1991).

7. Admire the exquisite, beaded gown that Grace Kelly wore at the premiere of To Catch a Thief (1955). 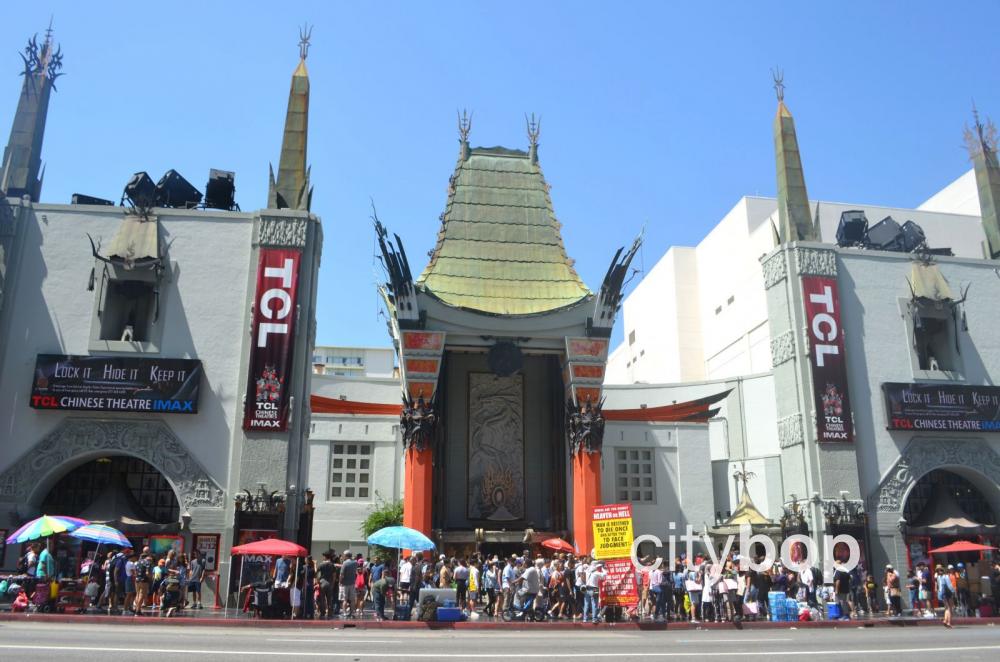 9. Take a photo beside the 15th century heaven dogs standing guard at the two giant red columns, at the entrance. Many original items were imported from China including these dogs.

10. Learn the fascinating history of the TCL Chinese Theater. This stunning movie theater opened on May 18, 1927 during an era of lavish movie palaces. It was constructed by a group of investors led by Sid Grauman, who had previously opened the Million Dollar Theater in downtown LA in 1918, and the Egyptian Theater in Hollywood in 1922.  Both theaters are still standing!

The opening night at Graumans Chinese Theater in 1927 was one of the hottest tickets in town, and featured Cecil B. DeMille's movie The King of Kings.  In future years it then became a popular location for big movie premieres like The Wizard of Oz (1939), Breakfast at Tiffanys (1961) and Star Wars (1977).

Graumans Theater has undergone two name changes. The first name change was in 1973 when it was purchased by Ted Mann and named Mann's Chinese Theater, but after Mann declared bankruptcy in 2001 it reverted back to Graumans Theater.

Things to do near the TCL Chinese Theater