​Visit a replica of an ancient Roman Villa in Pacific Palisades in L.A.

The stunning Getty Villa houses a collection of Greek, Roman and Etruscan antiquities, and Bronze Age and Neolithic pieces.  The oldest piece dates back to 6500 BC.

It's located at 17985 Pacific Coast Highway, Pacific Palisades and has a cafe with indoor and outdoor seating, a museum store and an amphitheater hosting regular productions of the classics.  Check opening hours.

10 best things about the Getty Villa

1.  There's no admission fee to the Getty Villa, you only pay a parking fee. 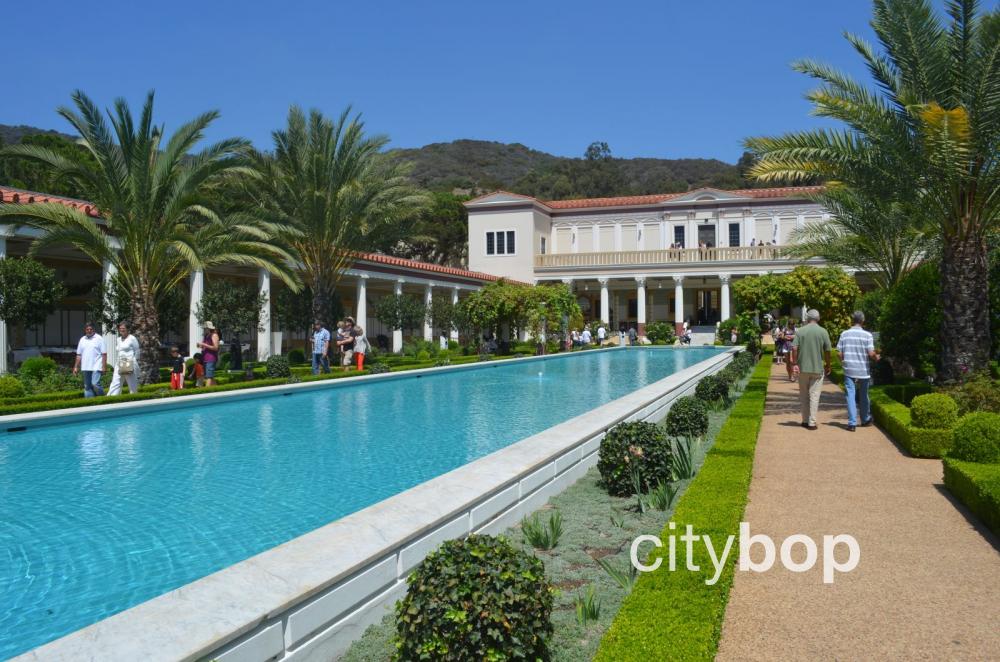 Billionaire J.P. Getty started collecting art in the late 1930's, and in 1954 opened up his collection to the public at his Malibu Ranch House. The collection outgrew the space and the Getty Villa was completed in 1974.  By this time Getty was living in England, and never saw the Getty Villa before his death in 1976 because he had a fear of flying.​

3.  It's a replica of an Ancient Roman Villa. 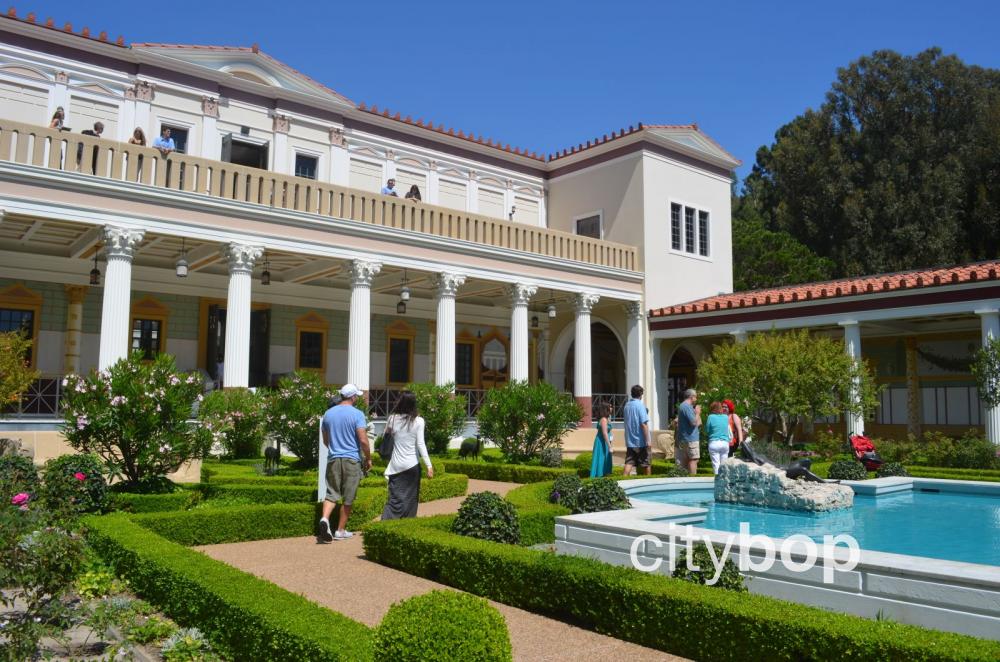 The Getty Villa was built as a replica of the Villa of the Papyri in the Roman town of Herculaneum. This villa was owned by Julius Caesar's father in law, and was was destroyed by the Vesuvius eruption in AD79. It was partially excavated in the late 18th century.

4.  The Outer Peristyle has a striking 90-meter ornamental pool. 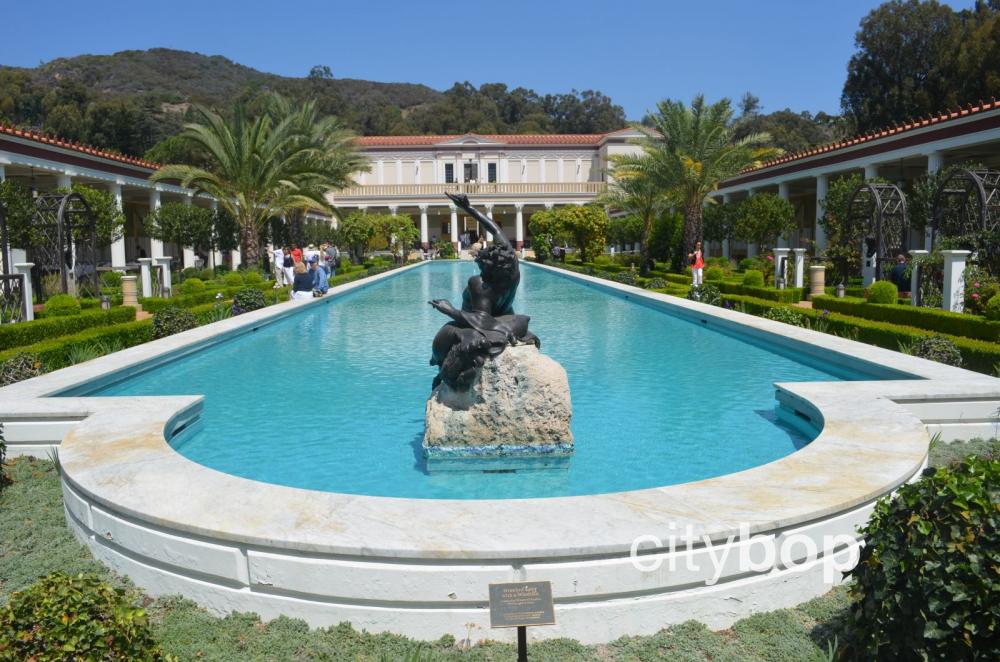 The southern courtyard has a 90-meter ornamental pool, surrounded by colonnaded hallways.  The Romans described this area as the Outer Peristyle.  It was a place for relaxation in their country homes with fragrant gardens and long hallways for strolling. 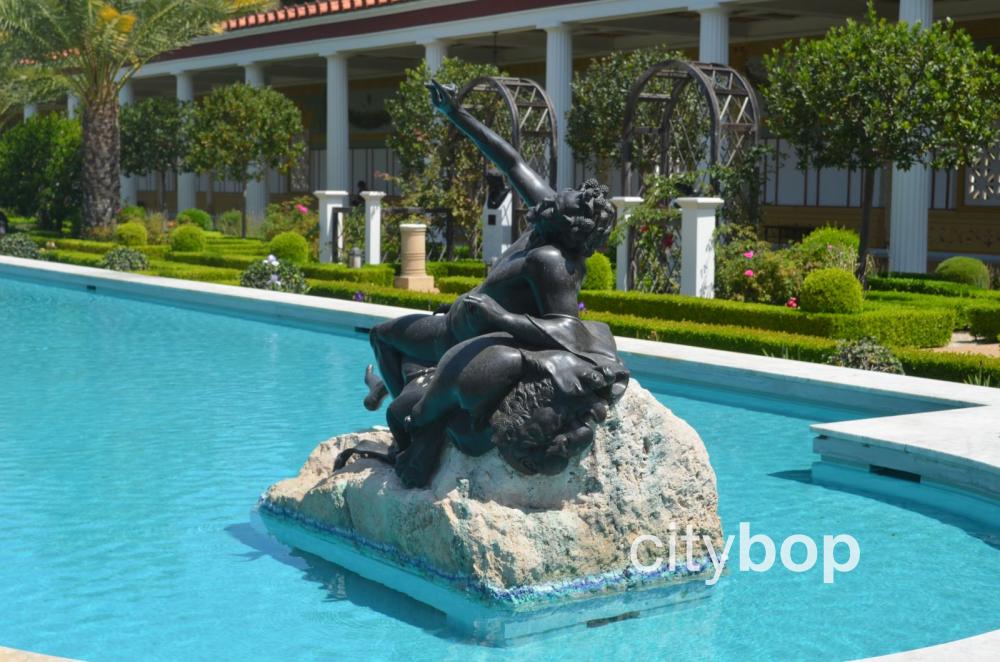 The bronze statues are replicas from the ancient villa. 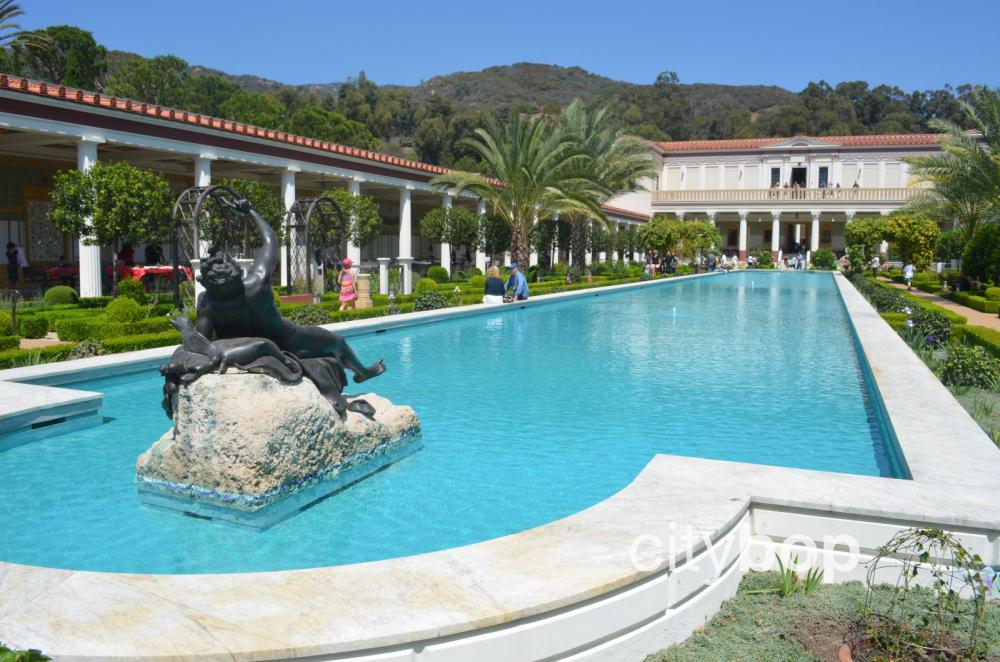 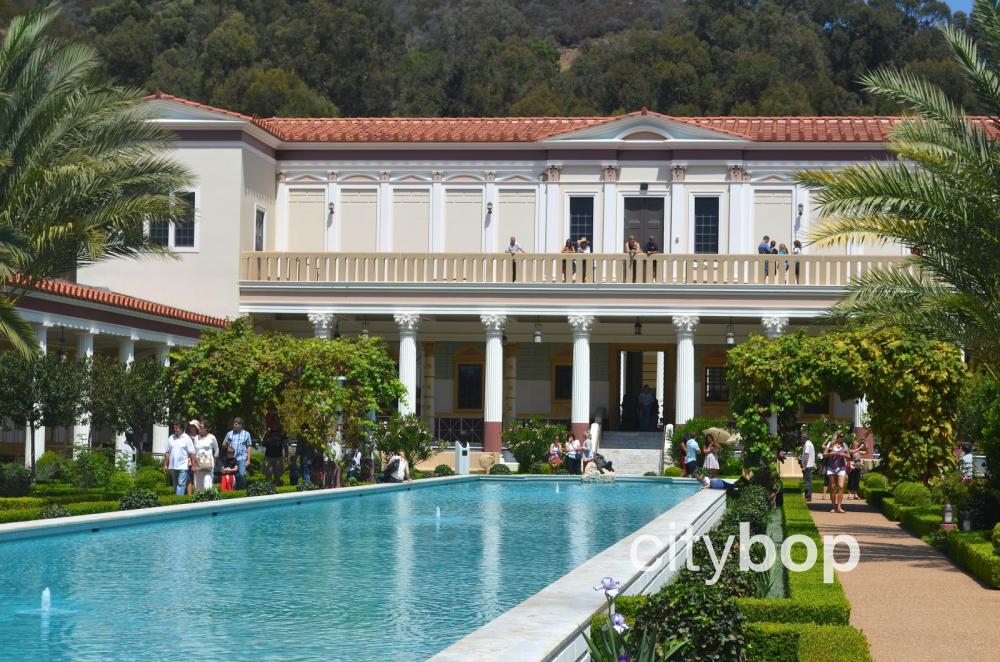 Getty Villa: 10 BEST Things to Do 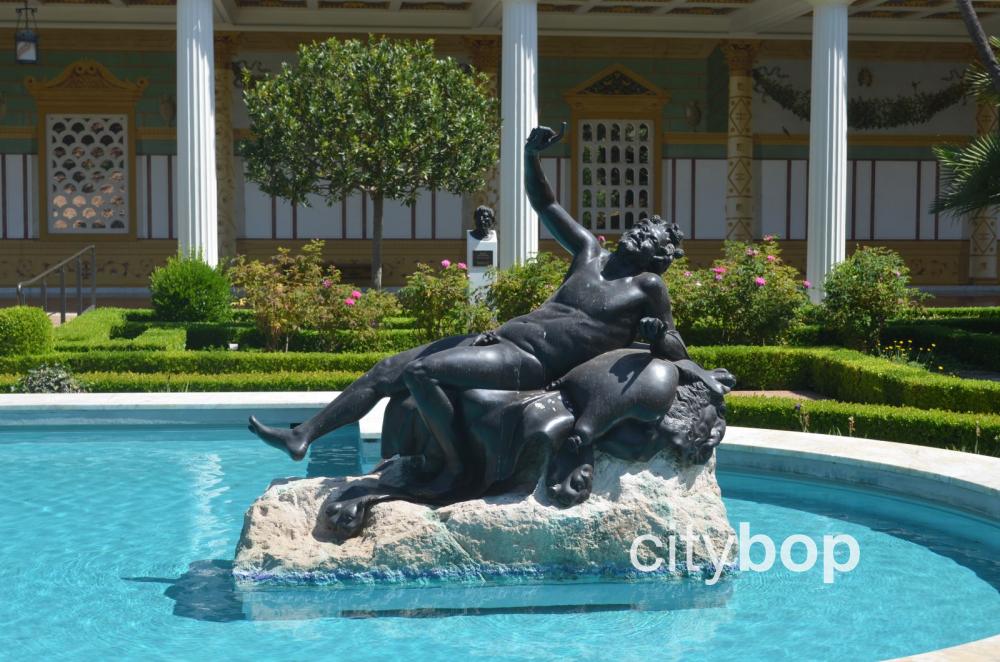 5. The Inner Peristyle has an enchanting courtyard with solemn statues of young women. The inner courtyard is another formal garden, with a narrow reflecting pool surrounded by statues of young women (replicas from the ancient villa). 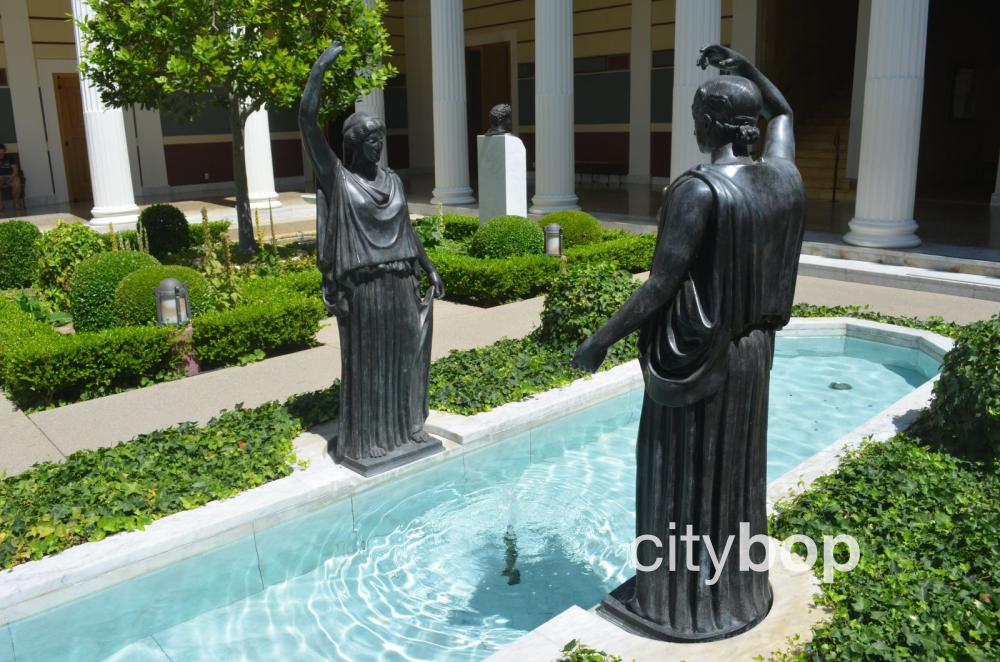 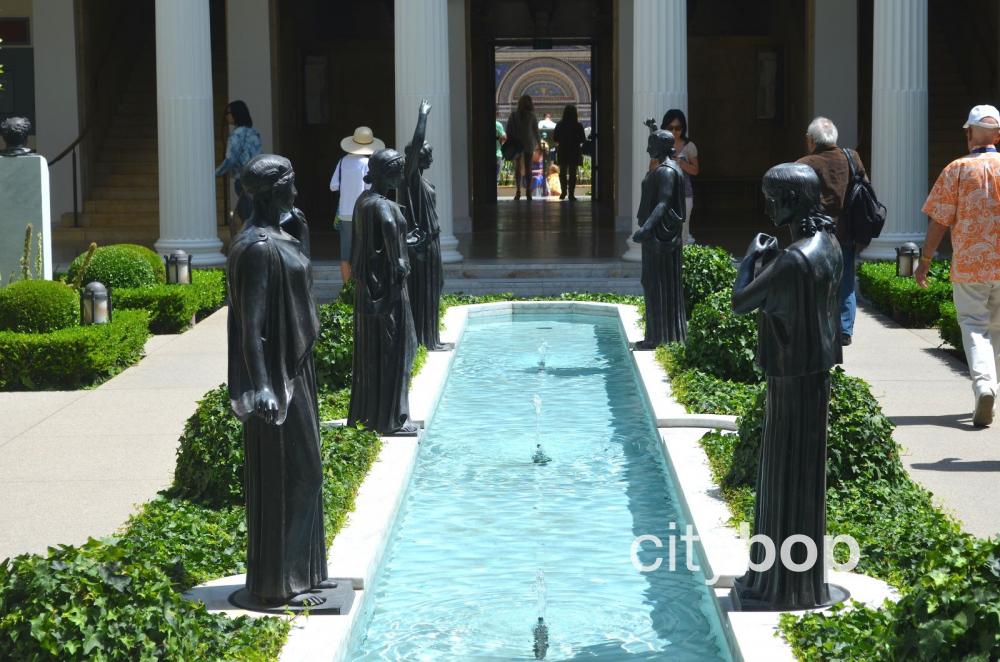 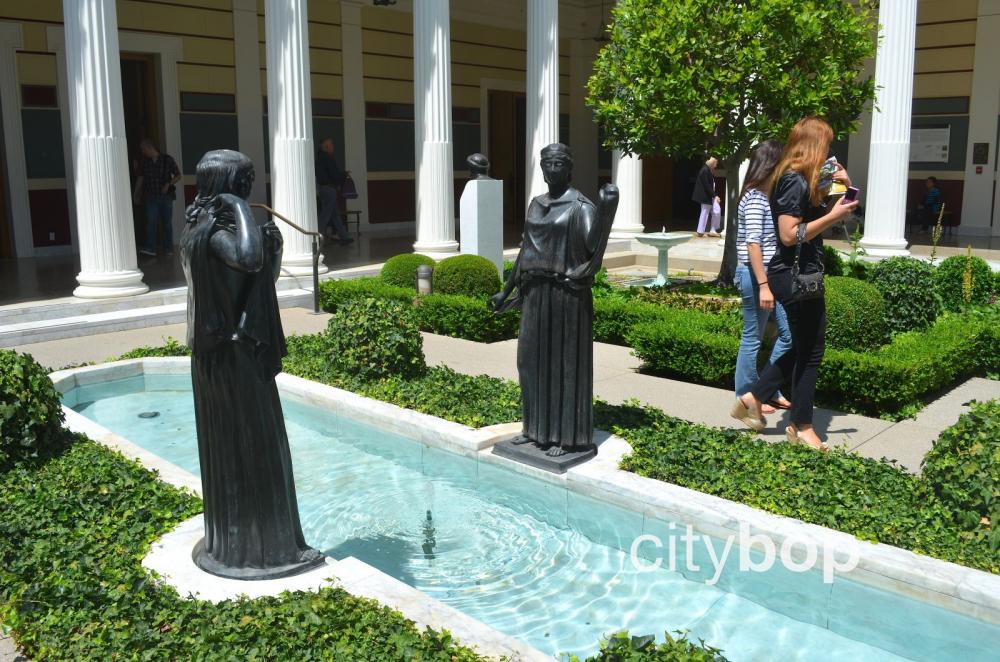 Getty Villa - What to Do 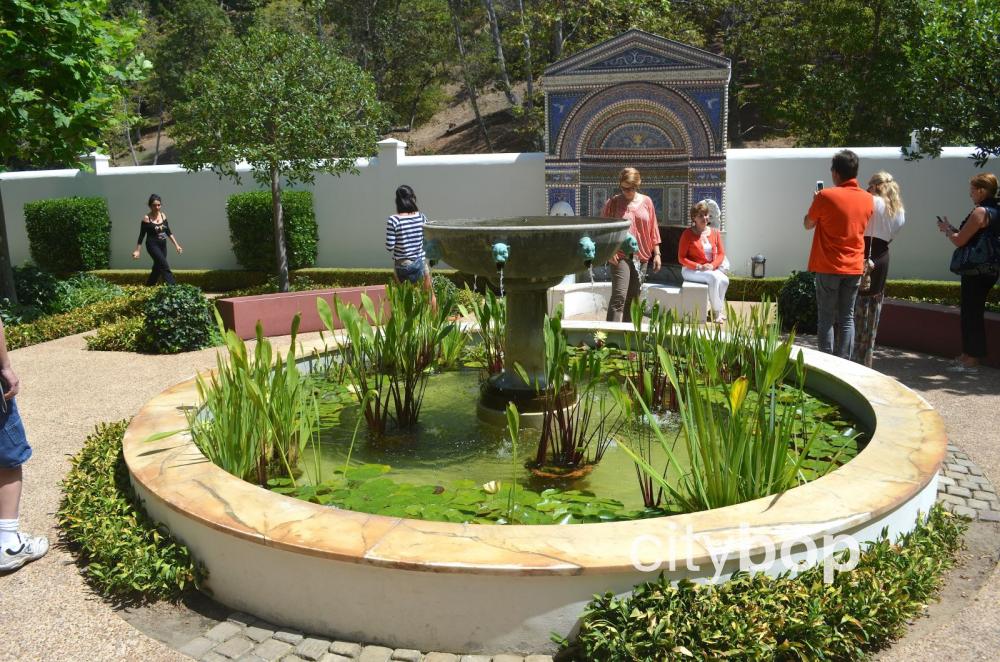 The East Garden is a smaller area with two fountains, and has a colorful mosaic fountain built into a wall, with two theater masks (replica from the ancient villa). 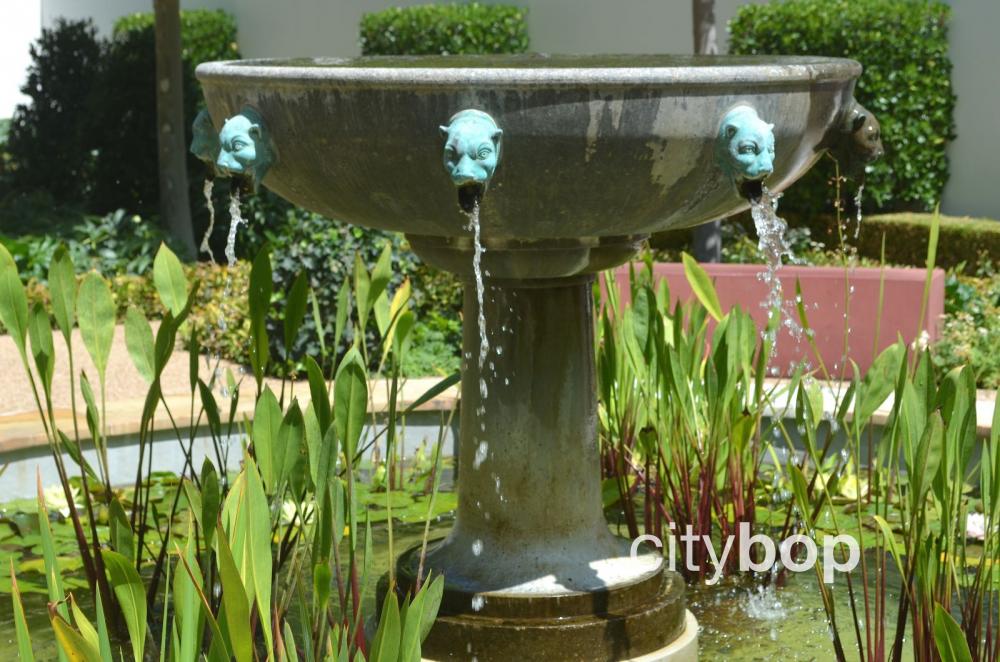 7. Take in the fragrant scent of the fruit and herb beds at the Herb Garden. 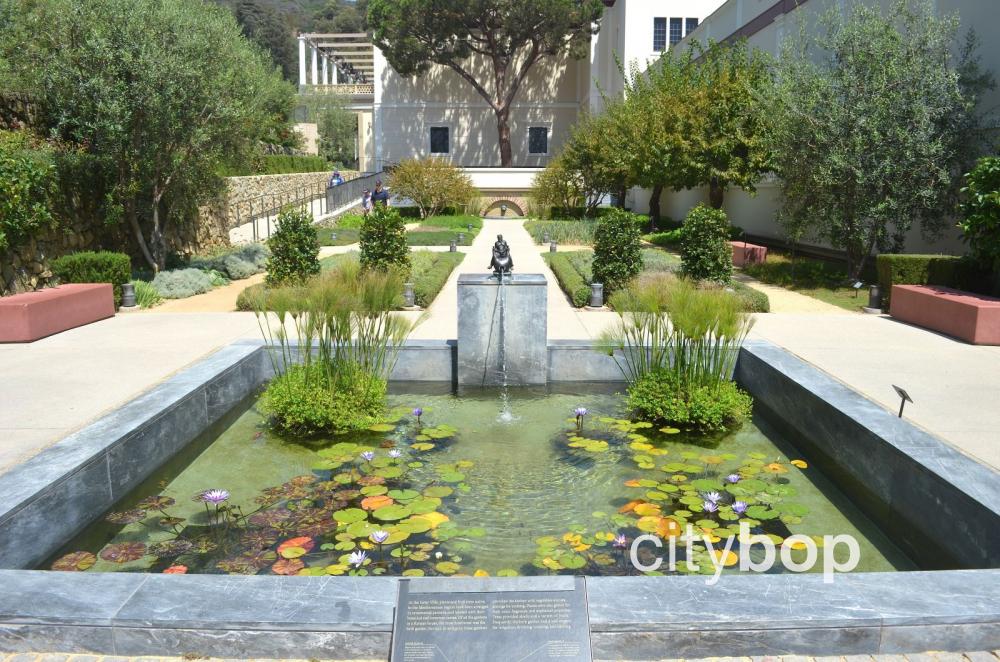 The Herb Garden is on the western side of the property, with citrus, pear, apple trees, and grape vines. This is where the Romans would grow their fruit and herbs for consumption or medicinal purposes. 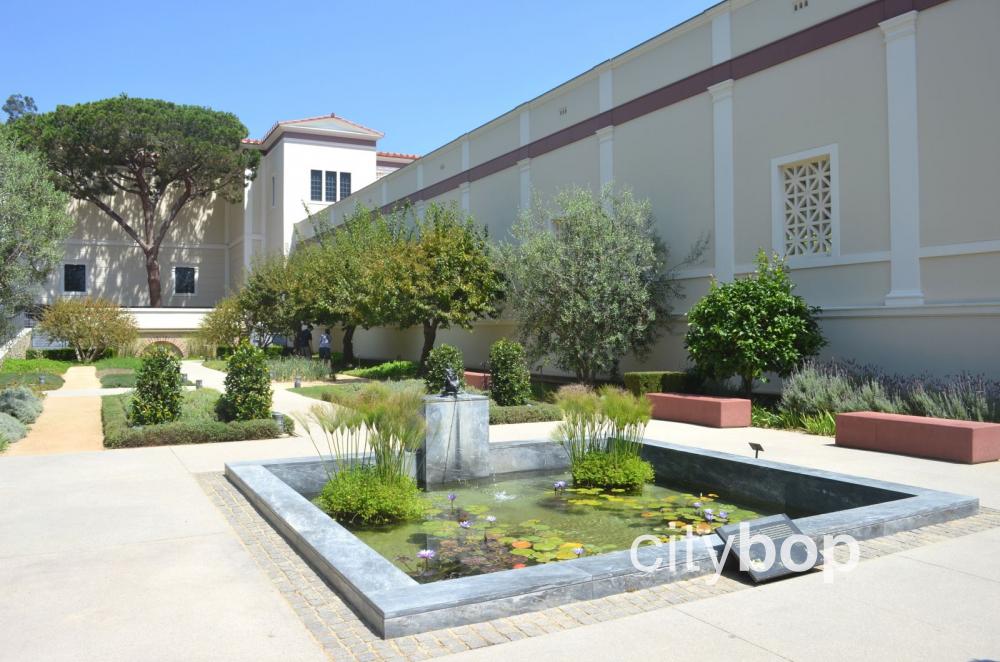 8. Explore the stunning galleries at the Getty Villa full of ancient Greek and Roman sculptures.

Wa;k through the beautiful atrium entryway to two floors of galleries, and watch the interesting introductory video. Look up at the atrium's skylight, then down at the sunken pool (impluvium) that carries away rainwater run-off from the roof.

Everything inside the villa is original, and highlights include: Getty Villa: Leda and the Swan Basilica Gallery with a group of marble muses.

9. There is a stunning amphitheater at the Getty Villa for outdoor performances. Combine a visit to the Getty Villa with some other really cool nearby attractions. Spot celebrities and shop for designer brands at the Malibu Country Mart, enjoy a waterfront meal at the Malibu Pier, or spend the afternoon at Malibu, and stroll around peaceful Lake Shrine.

How is the Getty Villa different from the Getty Museum?

The Getty Villa in Malibu only has antiquities, whereas the Getty Museum in Brentwood has European paintings and drawings (14th to 19th century), furniture from the Palace of Versailles, and vintage photography. 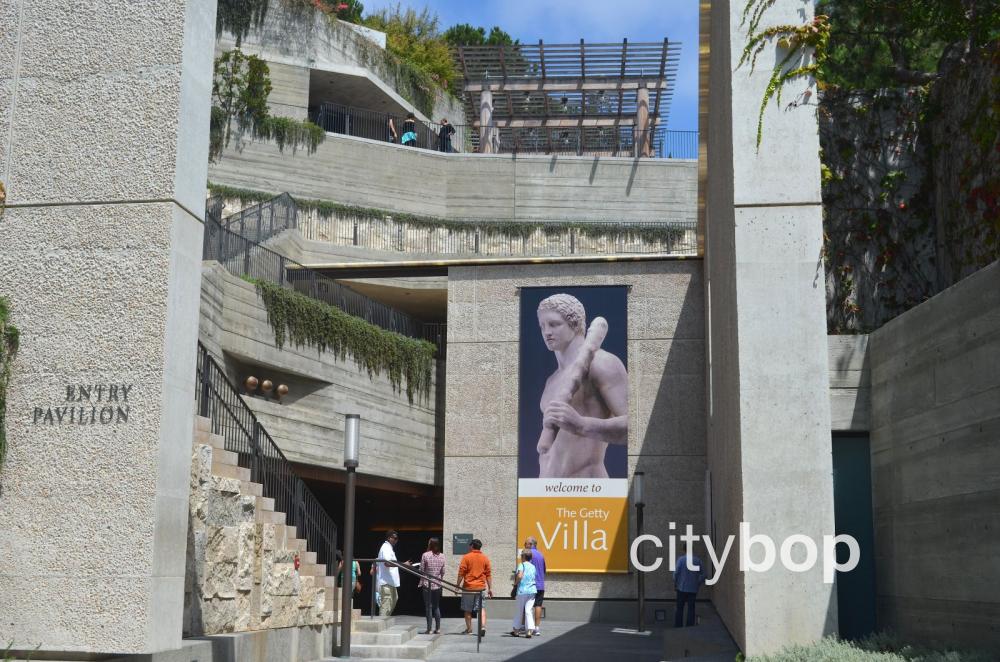 Know before you go.