The Portland Art Museum was founded in 1892, and is the oldest art museum in the Pacific Northwest.

It's located just south of downtown Portland in the leafy South Park Blocks, and is a short distance from the excellent Oregon Historical Society Museum.

1. The main building was by the architect who designed the famous Pan-Am building in New York.

The Portland Art Museum's collection is housed in a modernist-style red brick building on Southwest Park Avenue. It was designed by Portland's most famous architect, Pietro Belluschi, and opened in 1932. Thirty years later, Belluschi also collaborated on New York's Pan-Am building that opened in 1963. 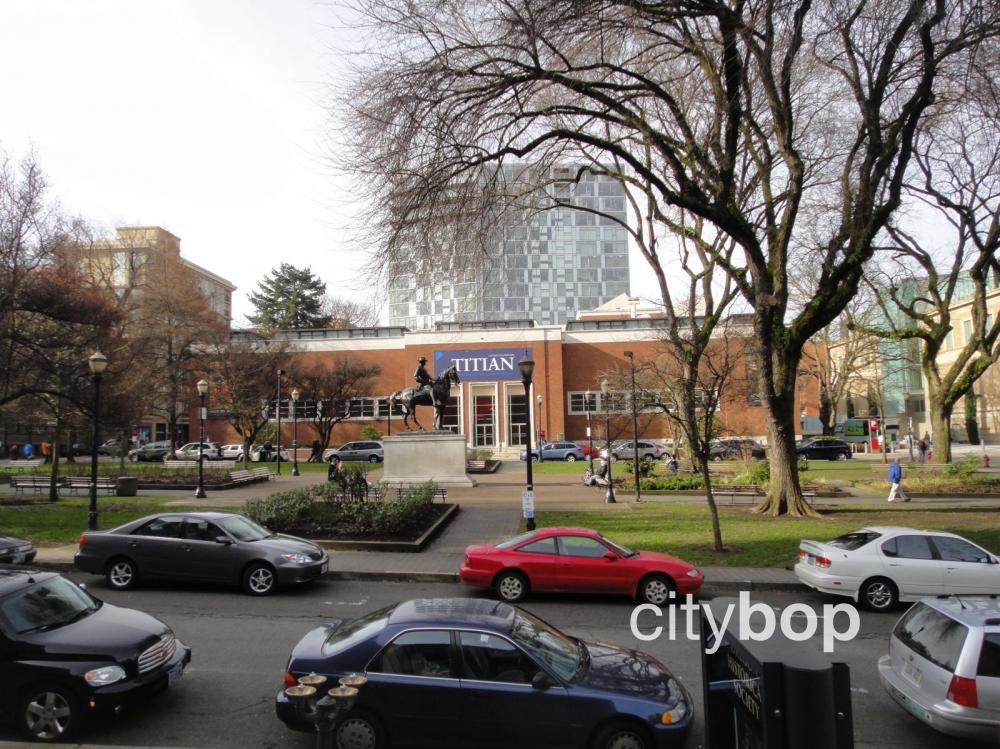 3. The adjacent Mark Building was originally a Masonic Temple, and now houses event spaces, a library and administrative offices.

The historic Mark Building was once a Masonic Temple, constructed in 1925 in the Georgian Revival style with a classical portico.  It was acquired by the Portland Art Museum in 1994, and later renovated in 2005. 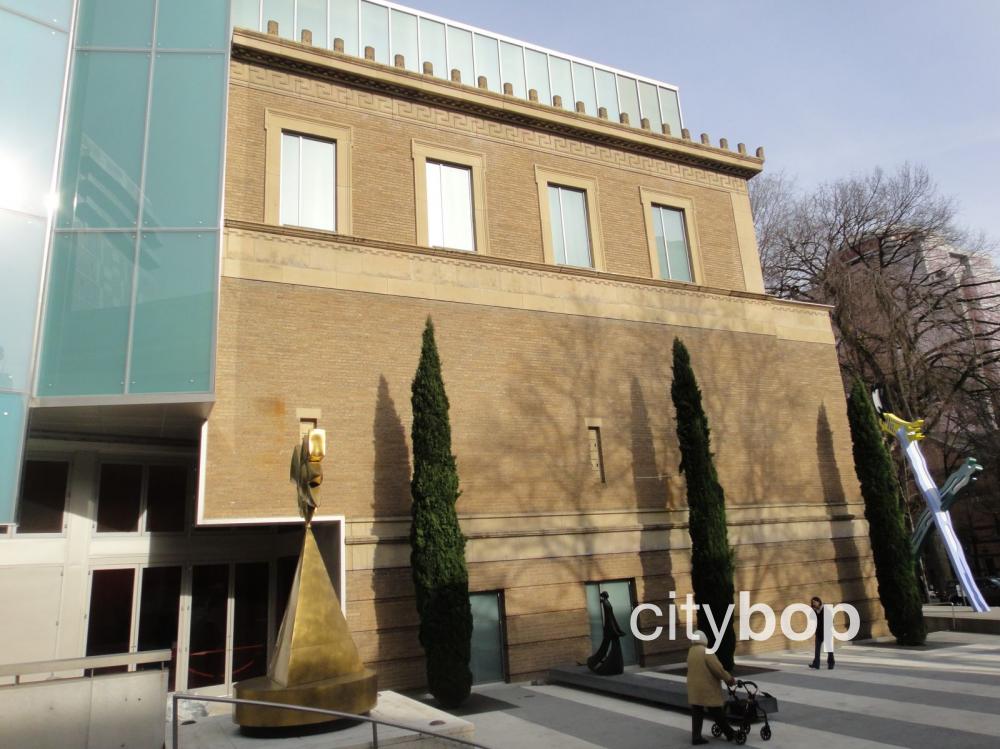 Manuel Izquierdo immigrated to the United States from Spain in the 1940s, and was a long-term Portland Resident. He achieved great renown, and some of his works are even exhibited at The Met in New York.  You can also check out his gold "Dreamer" (1979) sculpture in downtown Portland's Pettygrove Park.

Just a few steps away from Izquierdo's "Eye of Orion" check out the aluminium sculpture Brushstrokes (1996) by Roy Lichtenstein. Lichtenstein was one of the most famous members of the 1960s pop art movement, alongside iconic artists like Andy Warhol. 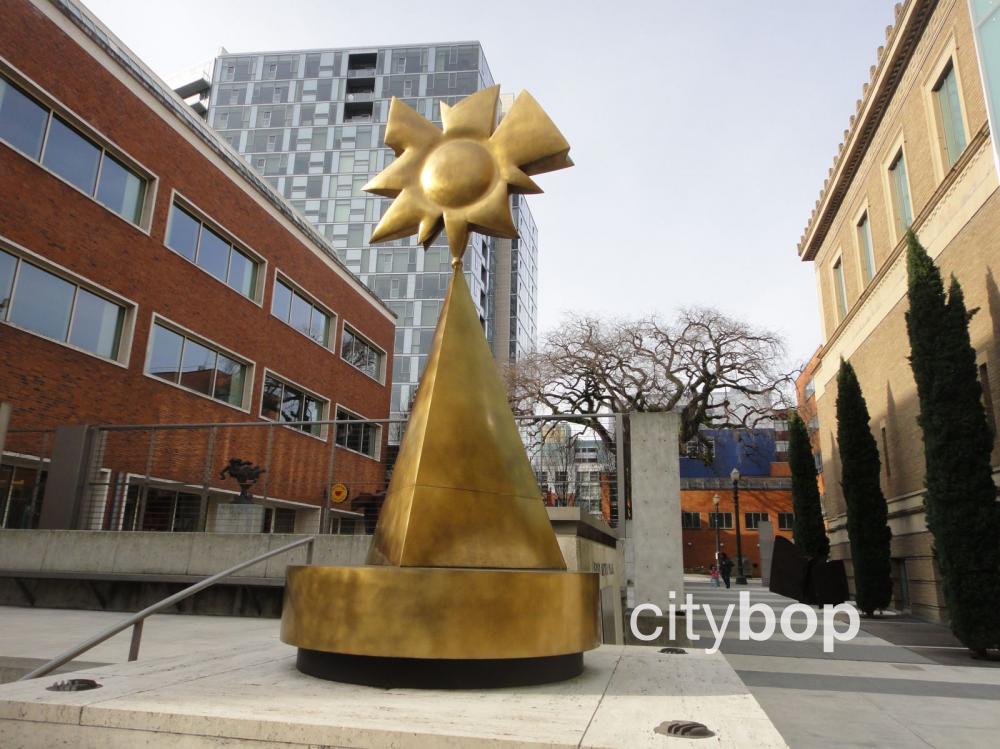 The Ox-Cart painting was donated to the museum in 2010 by a local family in Roseberg Oregon who purchased it in the 1950s and hung it in the family's dining room.  Keep in mind that Van Gogh died poor and his works were not valuable until the 1980s. This represents one of Van Gogh's earliest works.

Other notable pieces at the Portland Art Museum include french realist painter Gustave Courbet's The Violoncellist (1847), and Robert Colescott's striking Beauty is in the Eye of the Beholder (1979).

Don't forget to check out the extensive collection of historic Ansel Adams prints from Yosemite National Park, including Half Dome, Bridal Veil Falls, and Yosemite Falls.

5. The Portland Art Museum has stunning works from Claude Monet.

You can see two of Monet's oil paintings at the Portland Art Museum; Waterlilies (1914) and River at Lavacourt (1879), and a pastel on blue paper; Honfleur, Sailboats and Lighthouse (1866). 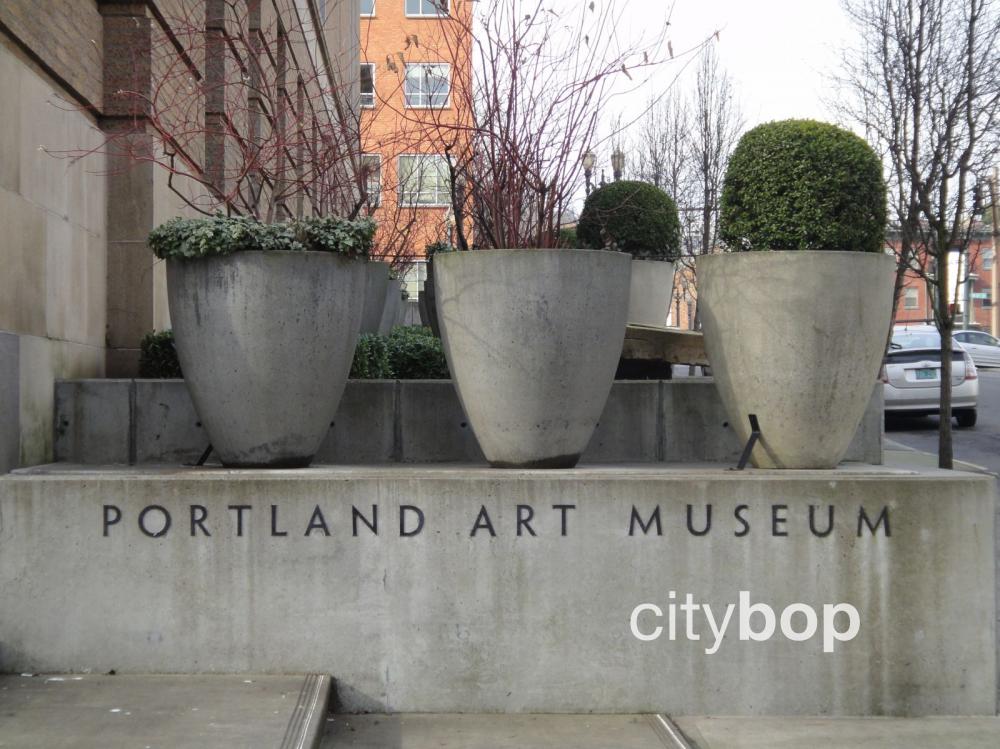