The Ballard Locks is a picturesque park with a ship canal, 15 minutes from downtown Seattle.

An astounding 40,000 ships pass through the locks each year, making it the busiest locks in America.

The locks were constructed between 1911 to 1917, to connect Puget Sound to Seattle's upstream lakes via a ship canal. They were built and operated by the US Army Corp of Engineers, led by engineer Hiram Chittenden.

Over 1.5 million people visit the Ballard Locks each year.  They are hugely important to the Seattle economy, supporting the $1.2 billion local industry in commercial fishing, marine services, passenger services, and recreational boat sales.

The Ballard Locks are FREE to visit, with a paid parking lot along 3015 NW 54th St in Ballard. There are no food vendors inside the Ballard Locks, so stop off at the Lockspot Cafe at the parking lot, for an icecream, coffee or comfort food.

10 best things to do at Ballard Locks 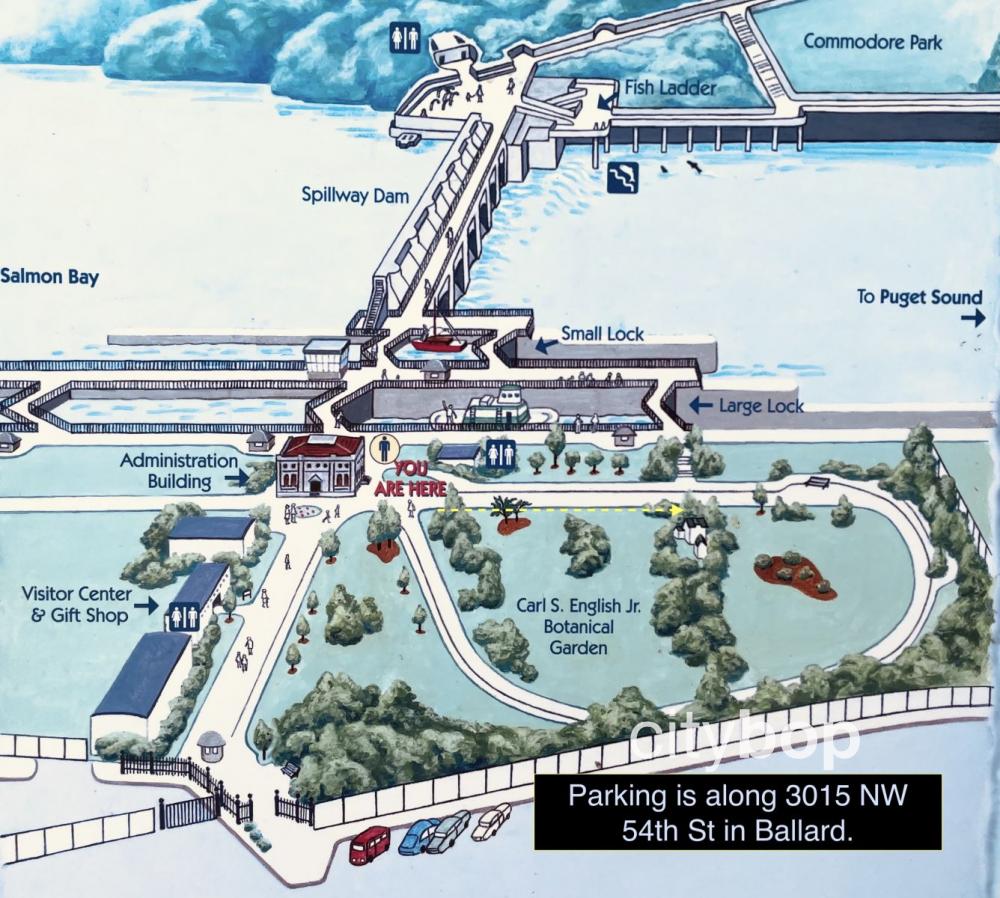 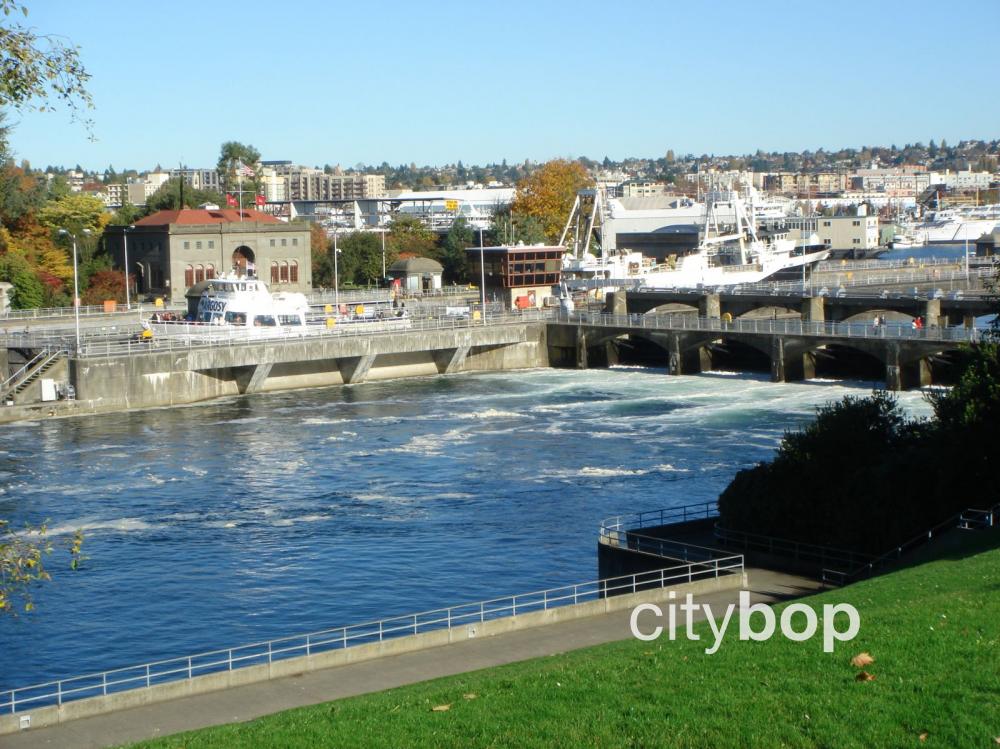 It's fascinating to watch the process of boats passing through the Ballard Locks holding chamber.  The holding chamber for the Large Lock is huge, and can accommodate boats up to 100 feet long! The water level is raised or lowered 26 feet inside the chamber, as boats pass between freshwater South Lake Union to saltwater Puget Sound. 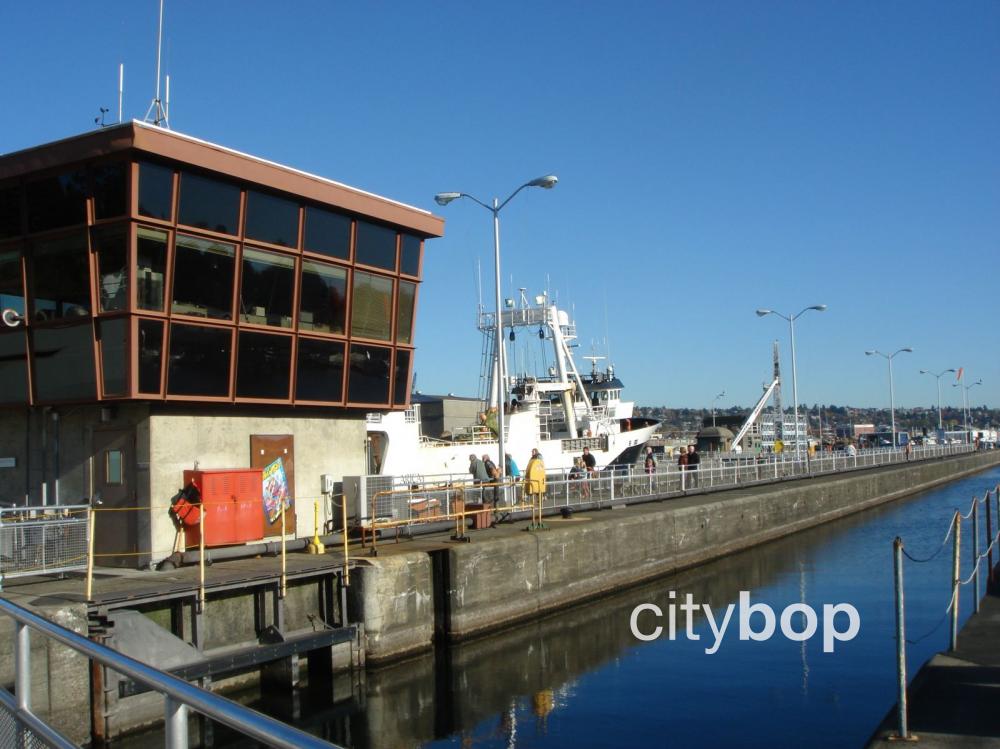 Boaters communicate with the Lockmaster Control Tower while passing through the Ballard Locks. Surprisingly, there's no charge for boats to pass through! 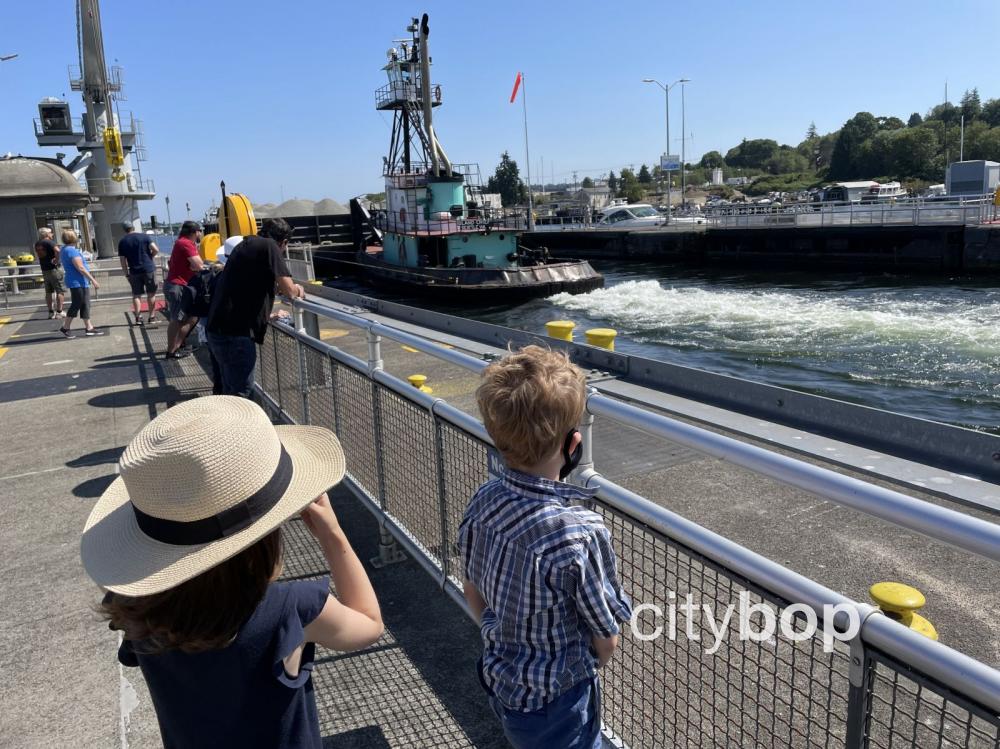 Kids love getting up-close to boats while overlooking the large holding chamber at the Ballard Locks, as boats are raised or lowered 26 feet in the water. The whole process usually takes about 15 minutes, and sometimes a friendly ship captain will wave back at your kids!

Once boats have passed through the Ballard Locks, they travel under the Salmon Bay Railway Bridge, on their way out to Puget Sound.  This bridge span can jackknife open, to allow taller vessels to pass through.

The Salmon Bay Railway Bridge was constructed in 1914 by the Great Northern railway. It's now the main line for BSNF Railway, and dozens of trains pass over this bridge every day. Plans are currently underway for a $200 million replacement of this old bridge. 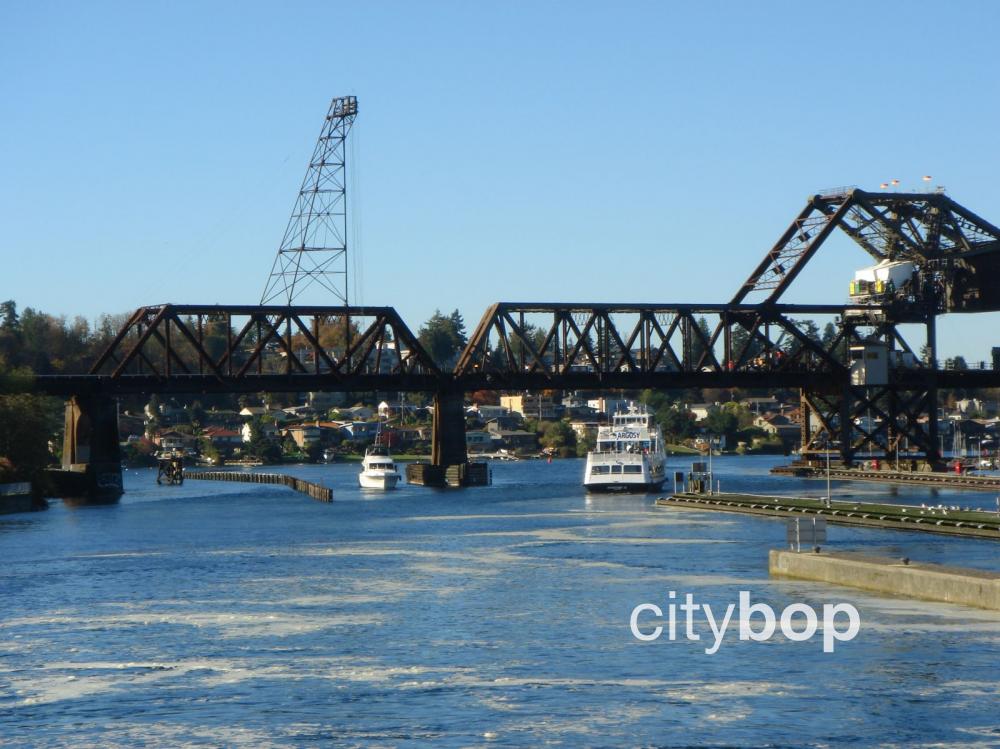 3. Enjoy a picnic on the surrounding grassy slopes while observing boats passing through the locks.

There are no food vendors inside the Ballard Locks, but you are permitted to bring in your own picnic. Bottled water is also available at the Visitor Center.

4. Visit the Fish Ladder at the southern end of the Ballard Locks. 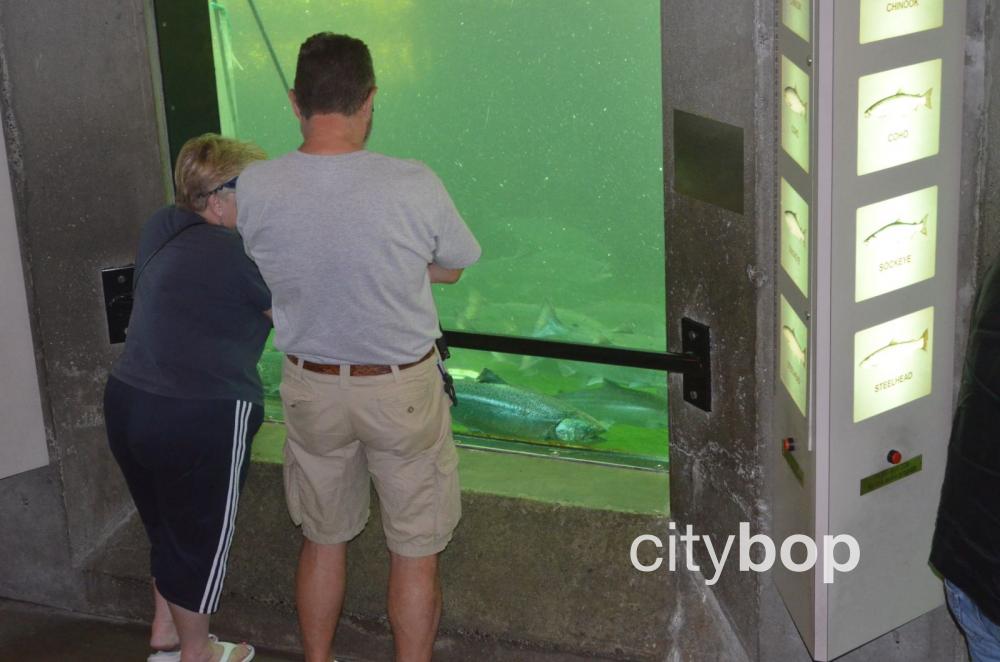 The Ballard Locks Fish Ladder is located at the southern end of the Ballard Locks.  It has a free, underground viewing area to watch salmon migrating to their original spawning grounds 40 miles upstream. You can see Sockeye Salmon from mid-June to mid-July, Chinook in August, and Coho in September. 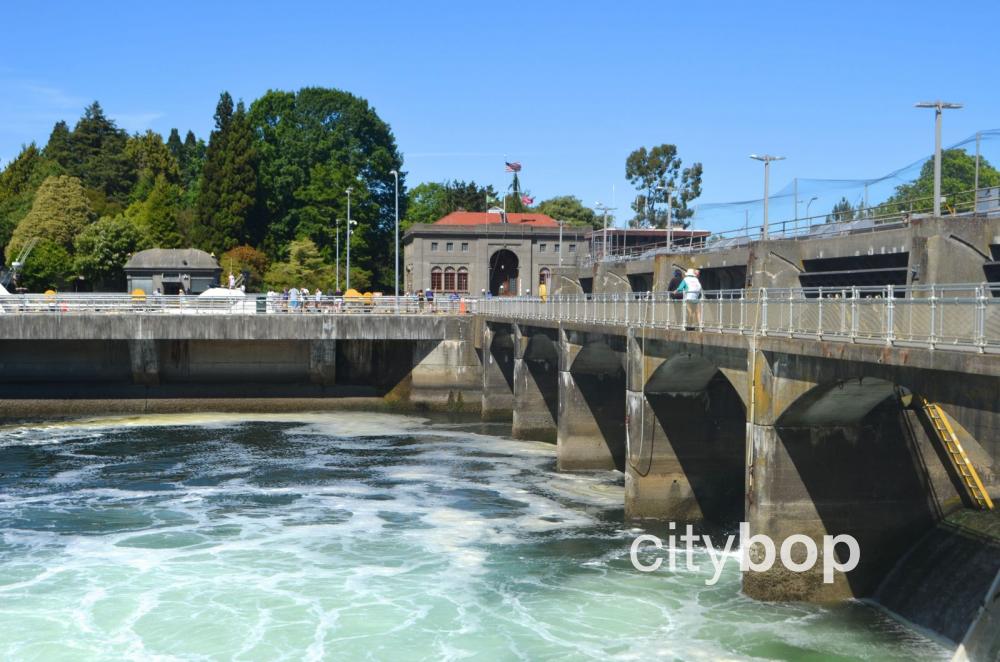 Take a thrilling walk across the Spillway Dam to get to the Fish Ladder on the southern side of the Ballard Locks!

5. Stop by the Visitor Center at the northern end of the locks. 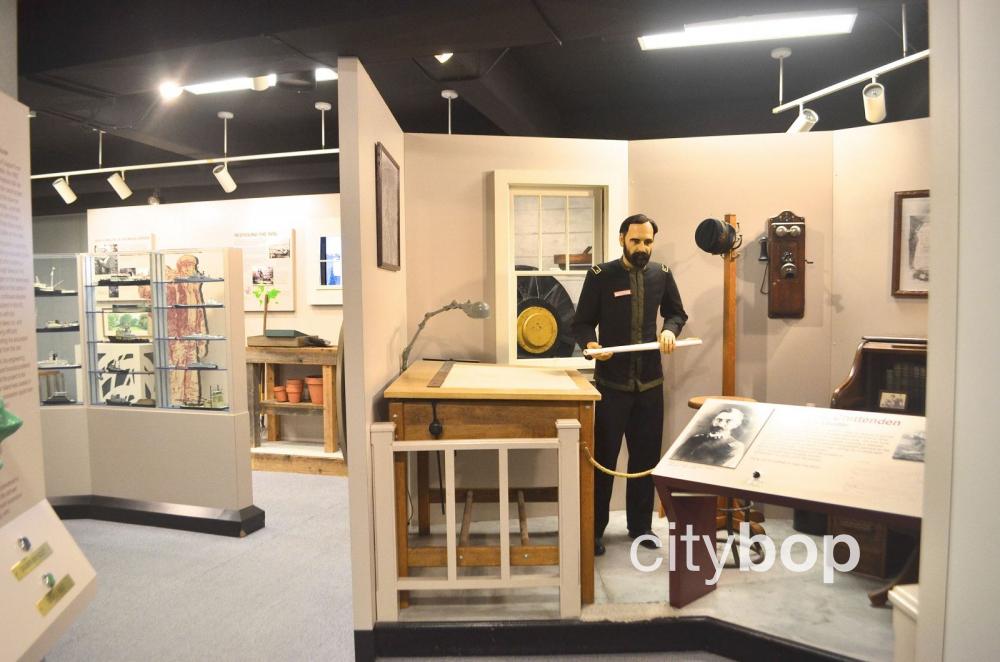 The exhibits explain the incredible engineering feat involved in constructing the Ballard Locks. It's chief engineer was the fascinating Hiram M. Chittenden from the U.S. Army Corps, also involved in many public works projects at Yellowstone National Park.  The Ballard Locks were constructed between 1911 and 1917, but due to poor health, Chittenden never saw their completion. 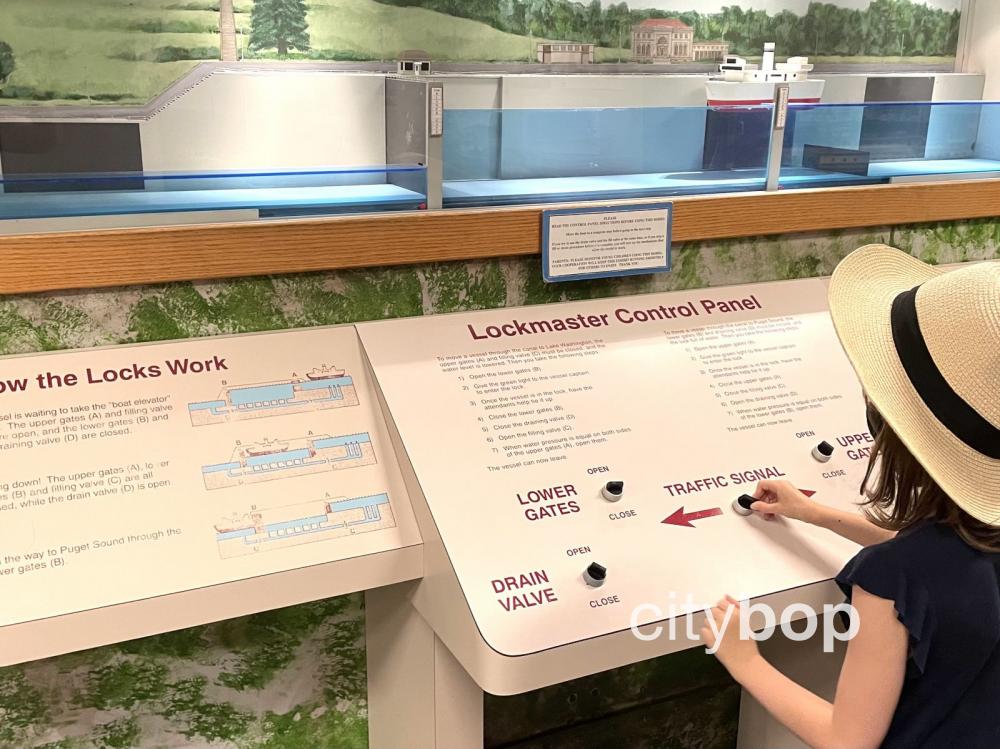 Kids love the hands-on activities at the Visitor Center, like this Control Panel where they get to operate the gates on the Ballard Locks.

6. Learn about the fascinating history of the Ballard Locks, by watching a 16-minute movie at the Visitor Center. 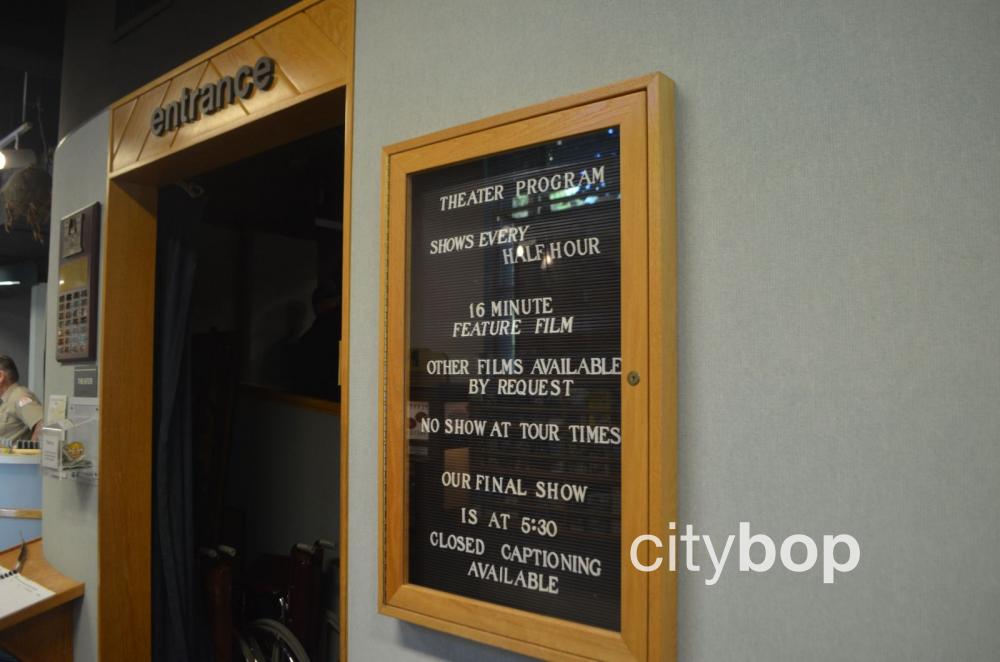 7.  Explore the gorgeous botanical garden at the Ballard Locks. 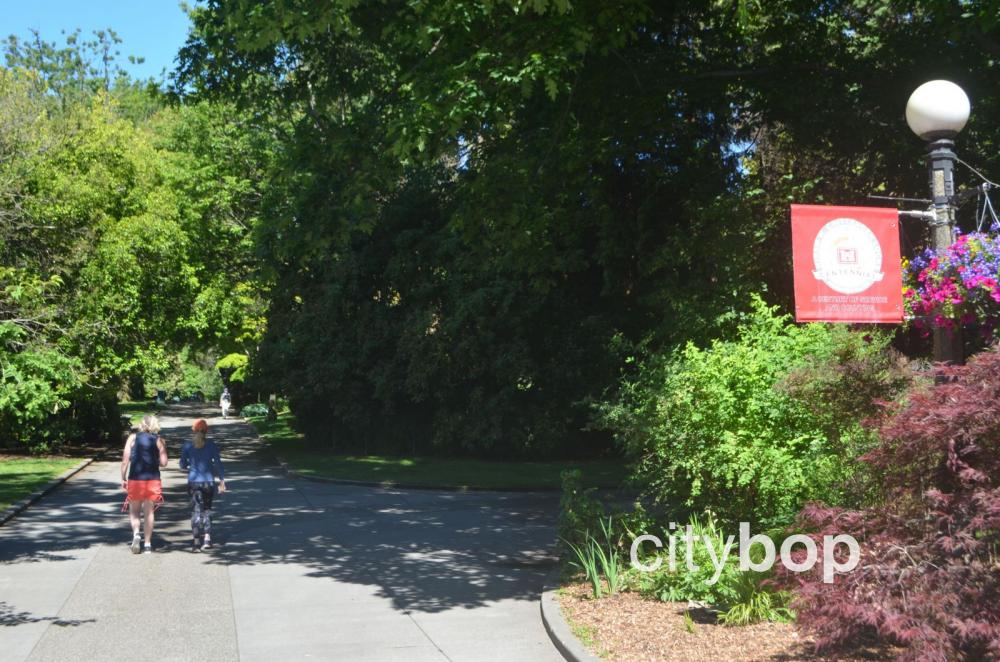 The Carl S. English Jr. Botanical Garden is idyllic in spring and summer, and has more than 570 species of plants.  Carl S. English was employed as a horticulturalist by the Army Corp of Engineers, and retired in 1974. 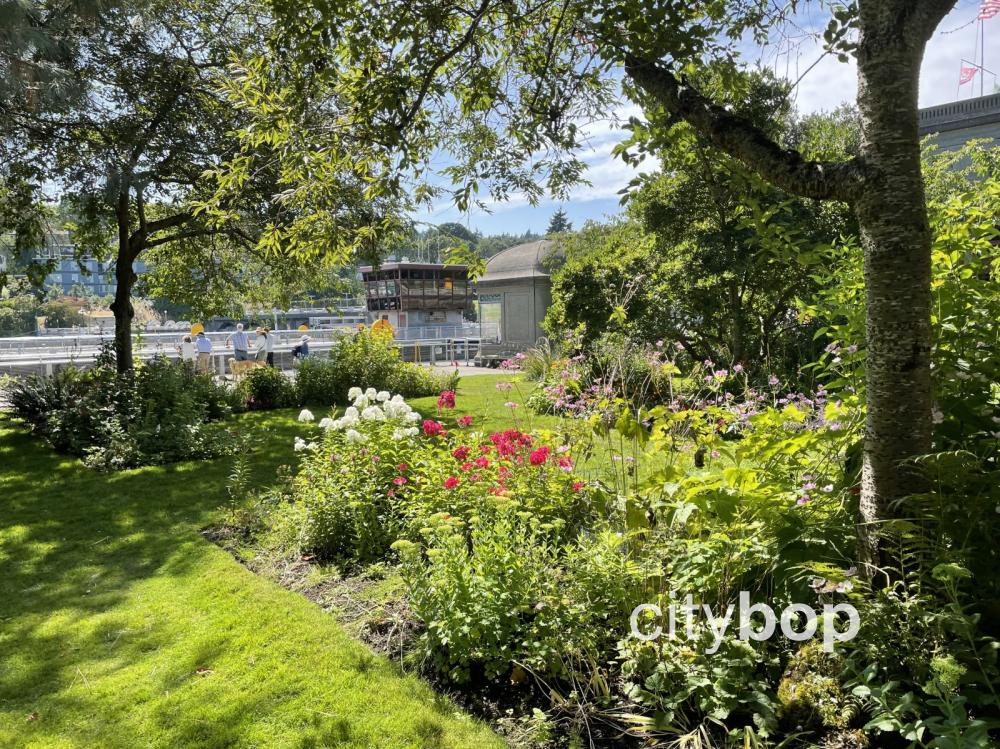 8. Attend a free summer concert in the Botanical Gardens at the Ballard Locks. 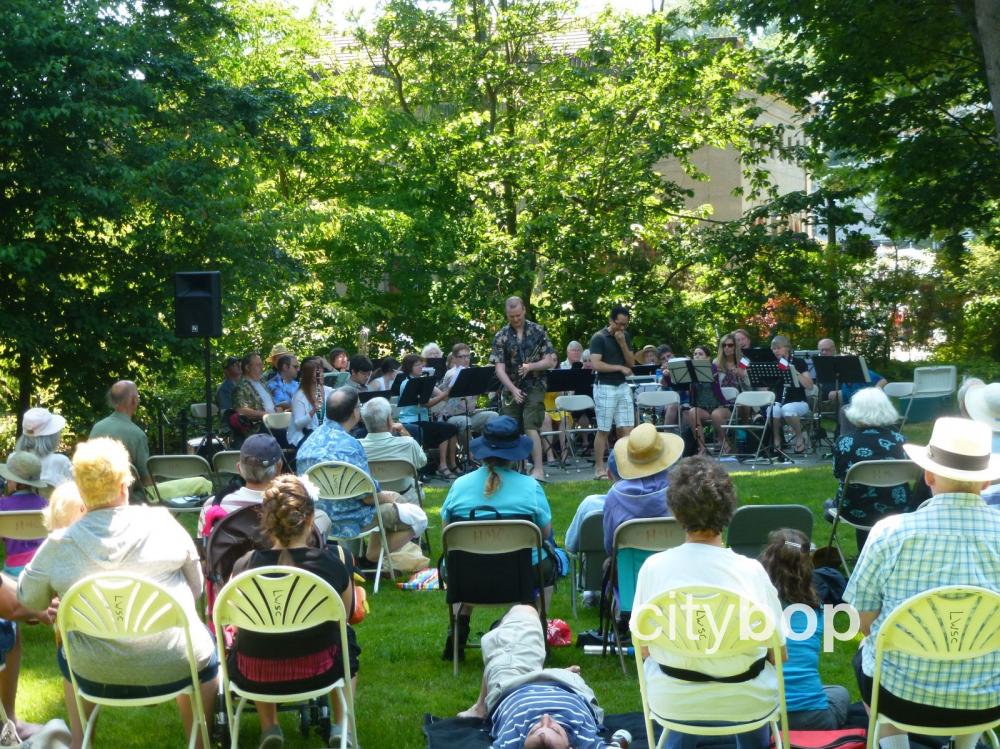 The are free concerts in the gardens over summer, on Saturdays and Sundays.

9. Step inside the stunning interior of the historic Administration Building. 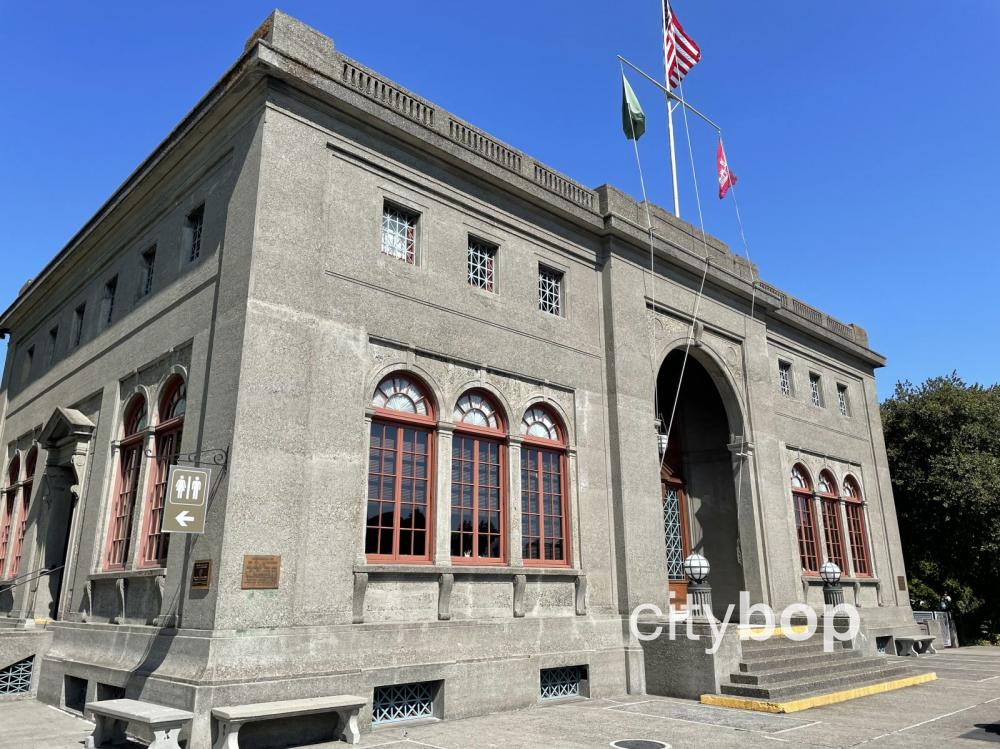 Many visitors overlook the opportunity to step inside the stunning interior of the Administrative Building (1916) at the Ballard Locks.  Although it still functions as a work place, it's open to the public, with architectural details including an oval skylight, and terrazzo floors inlaid with the brass castle symbol of the U.S. Army Corp of Engineers. Set aside some time to view the fantastic, historic photographs on the walls.

10. Book an Argosy Cruise to experience passing through the locks. 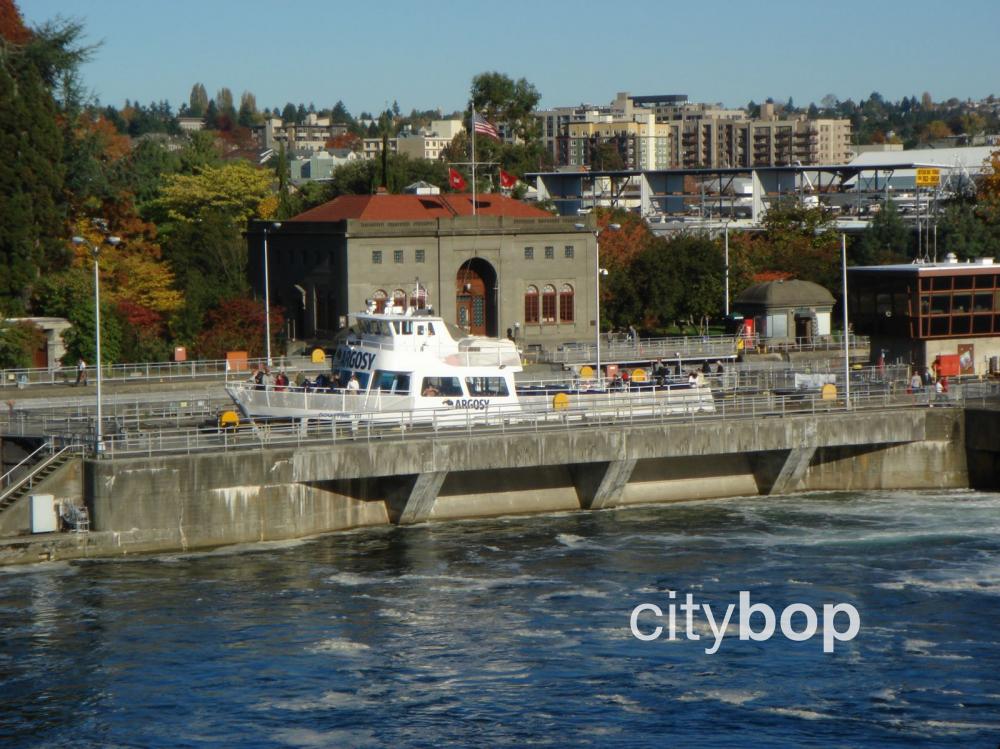 Other things to do near the Ballard Locks.

Enjoy a waterfront meal at the nearby Fishermans Terminal.  Drive a short distance across the Ballard Bridge to the lovely beach at Golden Gardens with stunning views of the Olympic Mountains.  Ballard is nearby, and has a trendy selection of restaurants, cafes and boutiques. 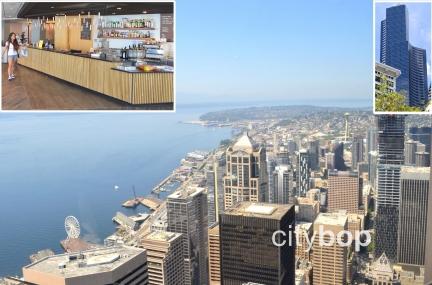 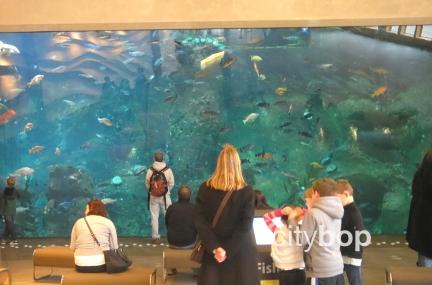 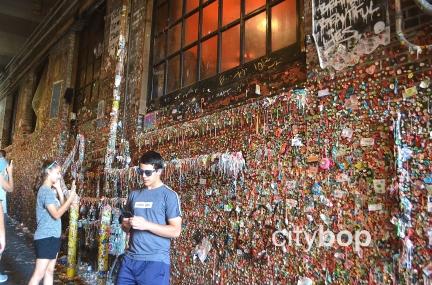 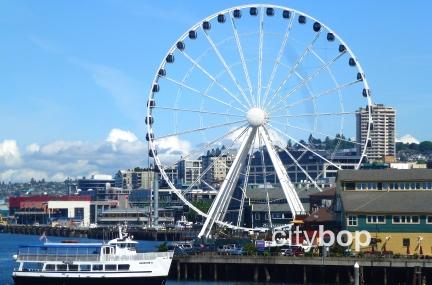 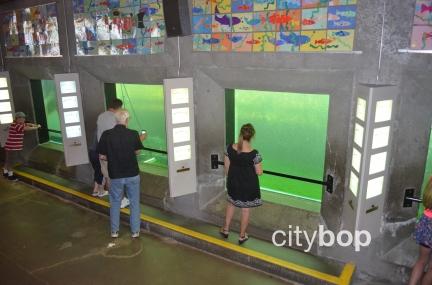 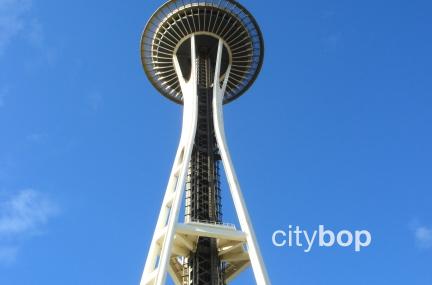 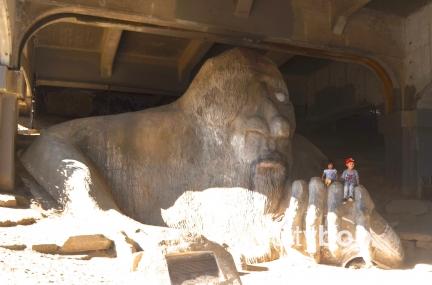 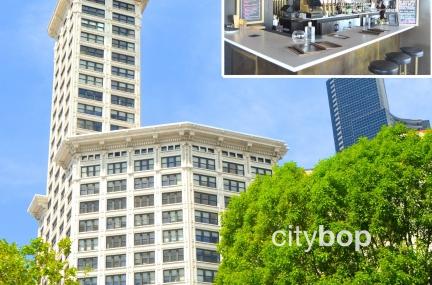